The Jawaharlal Nehru University will light up on the night of December 3 as the protesting students plan to march across the campus with torches in their hands. The JNU Students' Union called for a 'Mashaal Juloos' or torch rally at 9.30 pm on Tuesday. The rally is set to start from Ganga Dhaba, lead to the Chandrabhaga Hostel and finally reach the administrative block.

"For more than a month we have been rejecting and resisting the proposed fee hike and the illegal IHA manual. The JNU administration has neither shown any interest in democratic dialogue nor has it given consideration to many students who will be pushed out from higher education," said the students. 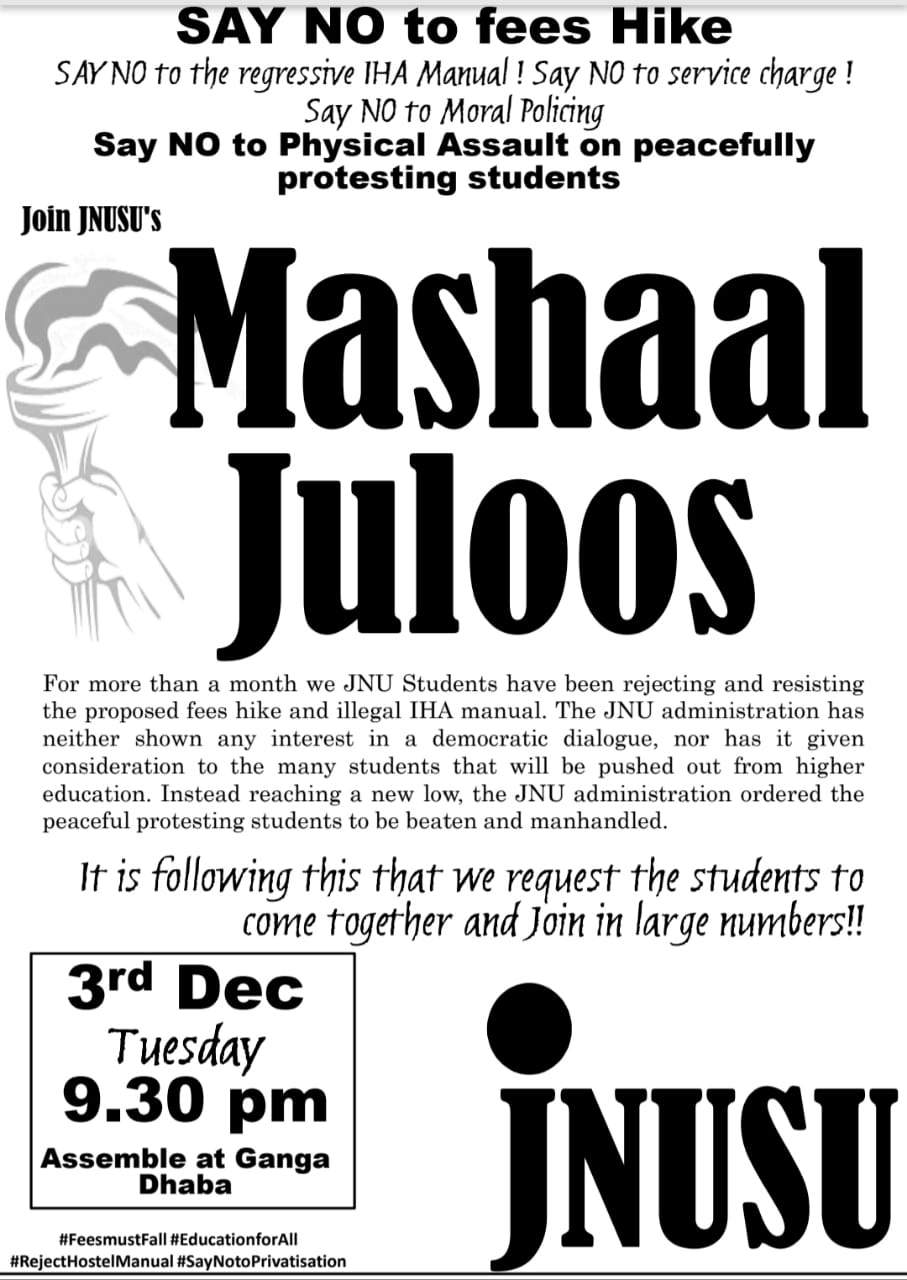 The JNU staff members also met with the students' union office bearers on Monday to find a way to have the administration and students discuss the issue. Sources at the university said that the staff association is trying to mediate between the administration and students. They, reportedly, wanted to fix a meeting of the Union with the administration but nothing has been finalised yet. "As long as union representatives are allowed, we are willing to meet anyone and everyone to solve this issue," said Apeksha Priyadarshini, a councillor of the present JNUSU and member of BASO.

The teachers of JNU Teachers' Association were sent back empty-handed from the Ministry of Human Resource Development (MHRD) on Monday when the office-bearers wanted to meet the HRD Minister Ramesh Pokhriyal. The minister did not meet them, neither did any official, in spite of having prior information about their arrival. The teachers had marched to the ministry with the demand that the report of the 'high power' committee set up by the MHRD on the fee hike issue be made public. JNUTA Secretary, Dr Surajit Mazumdar, said that this attitude from the ministry is unacceptable and the teachers will continue their protest. "The refusal to meet the delegation only suggests that the MHRD has no reply and the formation of the HPC was a diversionary tactic and not a serious effort to resolve the situation in JNU," he said. "So does the MHRD take the onus of the fee hike themselves? We want an answer and we will keep up our protest until we get it." said the professor.