Unlike Kashmir, people in Ladakh are thrilled after the abrogation of Article 370. Here's why

The Ladakh MP's viral speech might have made us take the region into consideration when we talk about J&K. Here's why they are happy

Kashmir has been a region of global conflict since the British left the Indian sub-continent. The question of whether the abrogation of Article 370 was the right move or just plain unethical will only add years to the never-ending debate. But in all, this one region has always faced the brunt — Ladakh.

Except, this time the people from the sub-region that is Ladakh are happy.

With an area of more than 59,000 sq km, Ladakh had been reduced to a mere district which no one spoke about when policy decisions were taken or funds were allotted. What the firebrand MP from the region, Jamyang Tsering Namgyal, had said in his viral speech at the Parliament seems to be true. The Ladakhis are happy. But it is important to understand why.

Why is Ladakh happy?
Once you step out of an aircraft at the Leh airport a picturesque beauty greets you. This was my first time in the city and when I was still immersed in the artistic landscape the polite, soft-spoken and warm Ladakhis who greeted me melted my heart. Driving across the city it seemed like the usual hill station busy with its tourists. But if you forcefully strip off the charm you will realise that the town has no proper higher education institutes, most of the roads that do not see too many tourists have not been paved for decades, there is no proper solid waste disposal system and a lot more that comes to the surface when you talk to people. Transformation: Ladakh is developing but some of the locals are scared that a spurt of mindless development will only be harmful to the valley and the people
(Pic: Prajanma Das | Express)

Lobzang Smanla, born in Mulbekh, Kargil, is pursuing his post-graduation in English from IGNOU and aspires to be an entrepreneur. Lobzang also takes tourists on treks across Ladakh and was on one such trip when Amit Shah had declared the abrogation of Article 370. "It was a welcome move for us, even though (it was) surprising. People are misinformed about what the abrogation of the article will do to us," said Lobzang, as we discussed the hot news over a cup of reasonably hot tea at a cafe. "People do not know what this brings to the plate or whether it's good or bad. Officials and political leaders have spoken about it (scrapping of Article 370) in public meetings. That has helped a bit," he added.

The Ladakhis are in, every way possible, different from the rest of Jammu and Kashmir. Their lifestyle has more than a heavy tinge of Tibetan influence and most of them are Buddhists. But they were forced to study Urdu because they were a part of J&K. They have one single general college and it takes years to actually graduate even if you do not fail — because the university is in Kashmir (the state-run University of Kashmir) and the formalities take aeons.

"We need a university. People are wasting years at a stretch because the university is in Kashmir and is delaying their exams and certificates. We need engineering and medical schools as well," Lobzang added. The winters here are long, even though the schools have adjusted to it, the university, students said, have not. The only college in Leh, Eliezer Joldan Memorial College, sees more women students not because the women are empowered here but because the young men prefer to take up driving cabs — a lucrative way of income here. There are not many avenues of employment anyway.

Buying land here — you'll have to pay up

If you are thinking of buying land here, the world is a few thousand steps ahead of you. "Land valuation always happened according to its location and no one took up a huge space. Everyone has around 2000 sq feet of space or less. Once tourism came to Ladakh, it opened up opportunities for everyone. People did not have the means to build a hotel so in came investors from Delhi, Himachal and all over the country," said Tashi*, a local driver who has now graduated to a trip planner for his exceptional interpersonal skills. "The deal is simple, we have the land, they invest and build the hotel, we might also help running it. But after 20 years we get the building and the plot. But now (in the 370-less era) people can buy as much land as they want and start building hotels and shops. Ladakh will become nothing but another Uttarakhand. Posters and banners and hi-fi hotels will block that view that you have been going gaga over since you arrived," he added, concerned. But not everyone seems to understand the problem so well. 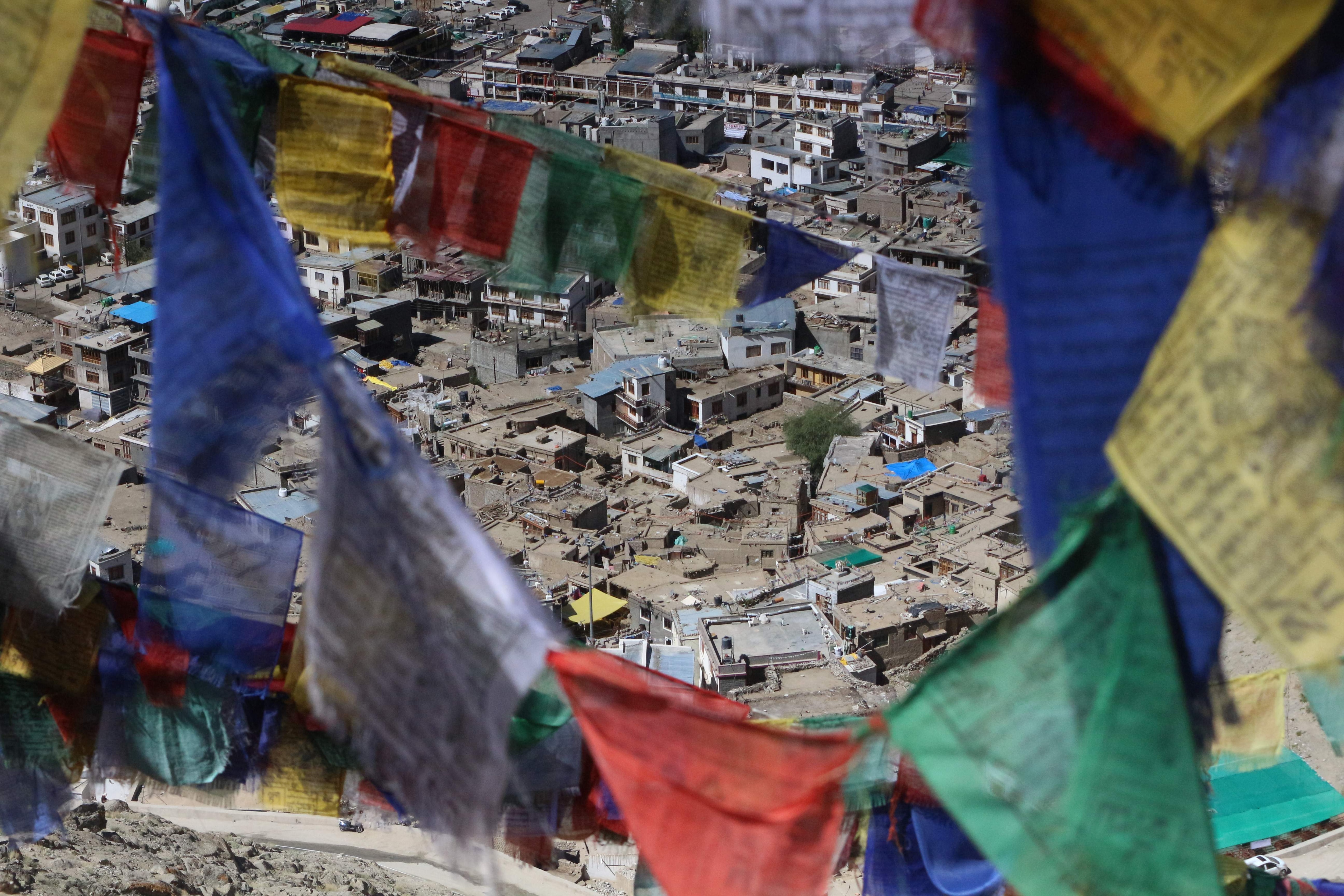 Pace Up: Infrastructural development has sped up in the last 10 years
(Pic: Prajanma Das | Express)

But the locals want those buildings to come up. Pronto. "Isn't it good that they will build hotels here. More hotels mean more tourists. Every time there is some problem that side (Kashmir) we suffer. Tourists dropped when Pulwama happened, same with Balakot and then this (abrogation of Article 370). If they build more hotels people will come and feel safer," said Stanzin Dolma* who sells dry fruits at the main market in Leh.

"We need to have a legislative body that can govern the UT and also set restrictions to balance the protection of nature and culture and economic development. Mindless constructions across the valley won't help," said Lobzang. He was involved in student politics when in college and has a fair sense of national politics. "Young political leaders are the need of the hour. The previous leaders passed laws and governed from a distance. The younger counterparts are much more involved and interact with the public. They are pointing out the real issues that need to be looked at.

The lone protestor
Lobzang has been in Leh for quite some time now and says that the army has always had a very good relationship with the locals here, "They coexist very efficiently. There is no issue whatsoever. it is not like Kashmir everywhere."

The people in Kargil, which is part of what will become the new UT, had been protesting against the abrogation, at least till half a dozen leaders joined the BJP recently. "People in Kargil were protesting the move for a bit but now things are normal again. It was a few discontented leaders and a handful of maybe 60 men. We have always wanted to be a separate entity. Why would we not be happy? What we need to assure now is that we get a legislature as well," Lobzang added. 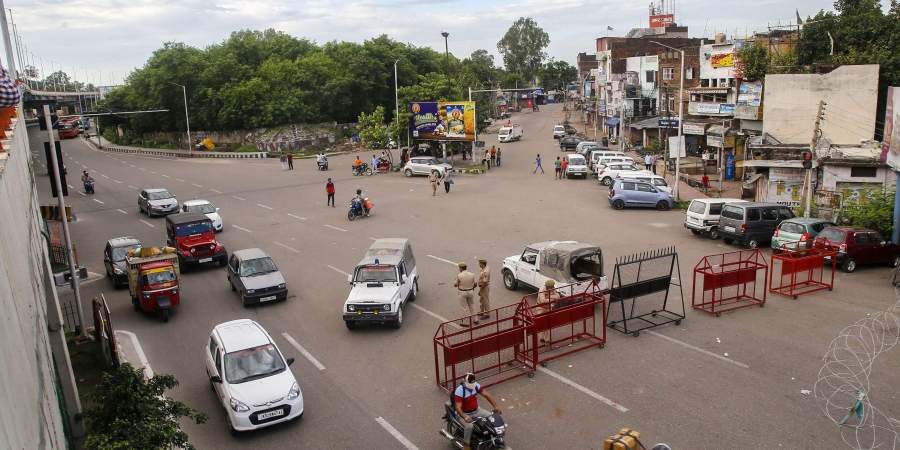 It might be a happy high they are on but the people around Ladakh seem to be enthusiastic to be a UT. For once they are hopeful. But Lobzang is right as well — people do not understand these complicated articles. They only know what their leaders had told them and are on the hopeful high.

Calling home
Kashmiri residents help out at hotels across town and are worried like the rest of India — they have not spoken to anyone back home in the past 20 days. "I have my parents and two elder brothers back home. I haven't spoken to or got any news from them since this happened," said Ishfiq Lone, a 21-year-old cook from Kupwara who has been working in a Leh hotel for the last three months. The story is similar for the rest of the Kashmiris I met. Worried. But most of them are hopeful that by the time they go home in November, things will be back to normal.