Admit your child, get a JIO phone: How Bodi Middle School is attracting admissions

Forget discounts, offers and great +2 results. This is the new education hook on the block. And it's as Digital India as it gets

At a time when parents are being criticised for giving their kids mobile phones when they're in tenth and twelfth grade, a Middle School in Bodinayakanur in Tamil Nadu is going the other way - by offering a JIO smartphone to every child who is admitted to their school in the first standard.

A poster circulated by the management of the Pichandi Middle School in Bodinayakanur in Theni district is offering Jio smartphones to students who are admitted to their first standard. The poster reads in Tamil, "JIO smartphone for all students who join our first standard programme in 2018-19 FREE," before adding, "Rush to admit." The post-script on the poster is a typical 'Tamil Vaazhga' (Long Live Tamil) message that has become synonymous with most works of publicity these days. 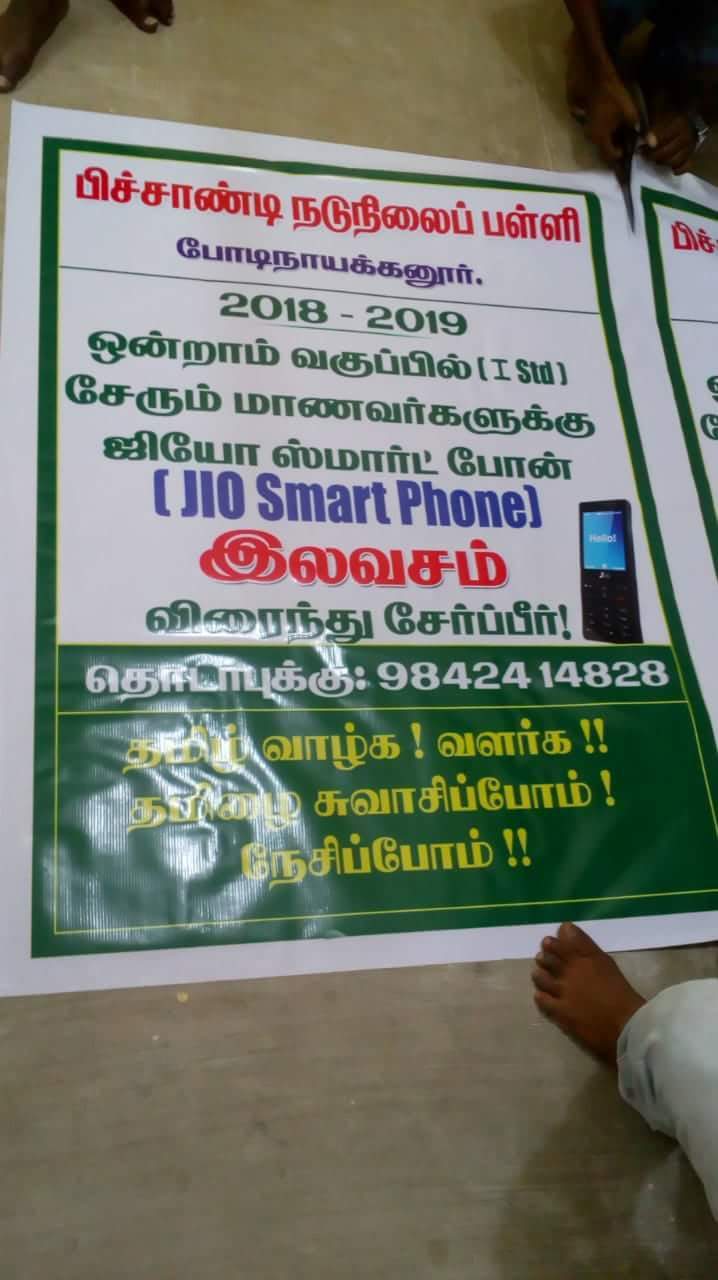 Phone for kids? A rural TN school is giving out Jio phones to new admissions

When we reached out to the contact number on the poster, the person who picked up, identified himself as "Sir's Assistant" and said, "The phone is priced at Rs 1500 and will be given to every student."  He also hurriedly confirmed that the offer was still well and truly on. If you've ever picked up a JIO phone then you probably know that it is a 4G VoLTE with HD voice calls and video calling. The headmaster could not be contacted as he was deemed "busy."

But this brings up the extremely pertinent issue of what the right age to give a child their very own phone is? It's been a long time since mobile phones came into the nation’s schools, however, educators and parents are still at war with themselves with the 'when' question.

"A first standard child should be given a paper and a pencil. Giving them exposure to phones at such a young age will affect their character development," said Vaishnavi Balamurugan, mother of a 10th-grade student from Chennai. Commenting on this school's unique marketing proposition, she said, "I feel this a way to promote their school and attract more students. However, education shouldn't be a business and parents shouldn't entrust their child's future to such an organisation."

However, another parent had a slightly different take. "You need not doubt the children or blame the school. As parents, we should teach our children what is safe and how to use it. You can give your children a phone any time it's necessary as long as they are taught to use it responsibly," said Deepa Madan, mother of a four-year-old and a seven-year-old.