Art of Smarts: Jnanagiri Coaching Institute is a ray of hope for slum children preparing for Class X Board Exams

Apart from being free for the students, volunteering teachers arrive at Jnanagiri after conducting regular classes in schools and are paid a nominal fee

In a unique initiative to ensure they don't miss out on much, experienced teachers, some with over three decades of experience, are coaching underprivileged children from slums for their class X board exams due next year. In its fourth year of running, the coaching classes have a pass percentage of 97.5%.

"We just pay the teachers for the transport. They work on a nominal fee," says Laxminarayana Damodar, organiser of Jnanagiri coaching classes hosted by Abhyuday in Konanakunte.

The coaching begins in November and runs until February. "As most of the students lack basics, we have classes over the weekends to cover basics from July through October," says Vidyashankar, a Maths teacher at the institute. The visiting faculty of PESIT teaches advanced mathematics to MBA students. During the May-June period, teachers also help students to clear their supplementary exams. 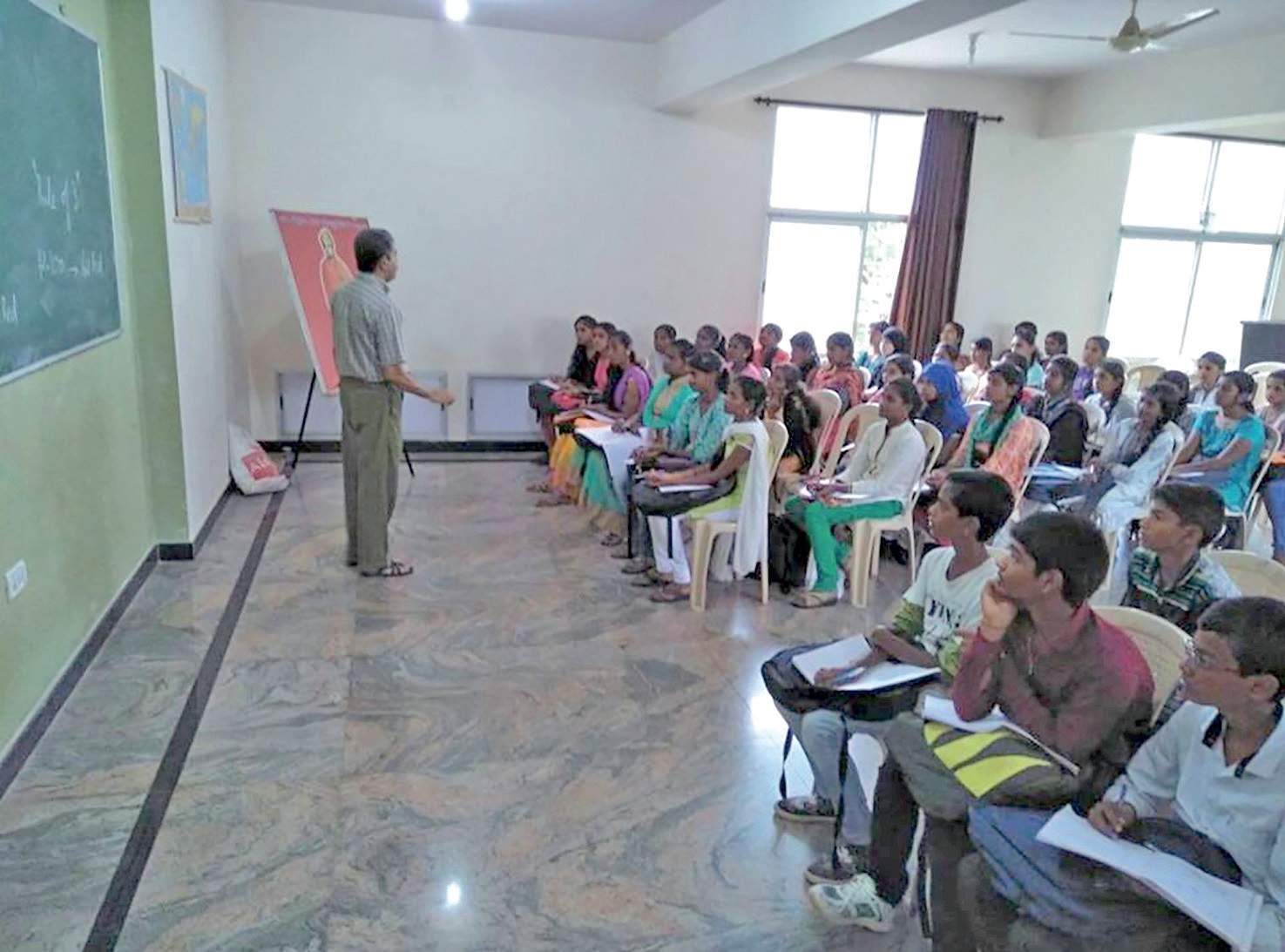 Yearn to Learn: The coaching class has a pass percentage of 97.5%

The initiative also funds up to 70% of a deserving underprivileged student's college education. With only 280 limited seats, the coaching classes teach students all subjects part of the Class X English and Kannada curriculum. "This year, we have received applications from around 300 students, but we will be accepting only 280 because we don't have space to host 300 students," says Laxminarayana.

Teachers from several schools across the city, including St Joseph's School, finish their morning classes and rush to Jnanagiri to coach the students 4.30pm to 6 pm on weekdays. On Saturdays and Sundays, there two classes each on different subjects. "Since the teachers and students come directly from their classes to the coaching session, we usually offer snacks such as Badaam milk and biscuits," says Laxminarayan, who started this initiative in 2013.

Realising that there weren't many government schools back then in Konanakunte, he set up the coaching classes for those preparing for their Class X exams, while living in the slums. "Today we have several government schools, so the students get training from both ends," he says, adding that,"The teachers almost work for free. We usually pay them for the transport and offer snacks".

The students are coached for 110 days. "Last year, from the 280 students part of the coaching classes, 156 SSLC students scored distinction and 80 kids scored over 95%," says a proud Laxminarayana. This year, the classes will begin on November 1.