Tiger, Tiger Burning White: B'luru scientists head to Odisha to find where their 'differently-coloured' tigers get their stripes from

The melanistic tigers in the Odisha zoo hit the headlines a while ago. Now, these researchers are trying to find out why they were born that way and the genetics behind it

A group of researchers from the Bengaluru-based National Centre for Biological Sciences (NCBS) has begun its study into why a small chunk of tigers found in Odisha are melanistic, or differently-coloured. Led by senior scientist Uma Ramakrishnan, the team has already collected saliva and hair samples from the melanistic tigers which are born in captivity at Nandankanan Zoological Park. The State has at least six melanistic tigers - three each in Nandankanan Zoo and Similipal Tiger Reserve (STR). The rare tigers were first officially discovered in STR in 2007.

Of the four cubs from a normal tiger couple in Nandankanan, three are melanistic - normal, orange and white. The researchers are studying all six tigers, including their parents in the zoo. They are curious to know whether homozygous recessive mutation causes the phenotype. "We have collected one sample of saliva besides hair from a melanistic tiger cub in Nandankanan. The sample is undergoing sequencing. Since we did not get any blood sample, it is a challenge for us to sequence the whole genome with the non-invasive samples. Let's see how much of DNA we can get from the samples. It will take time to ascertain the genetic diversity," said Uma, who was here to attend an international conference on genomics. She also met Forest and Environment Minister Bijayshree Routray besides other senior forest officials who are eager to know the outcome of the research funded by National Tiger Conservation Authority (NTCA). 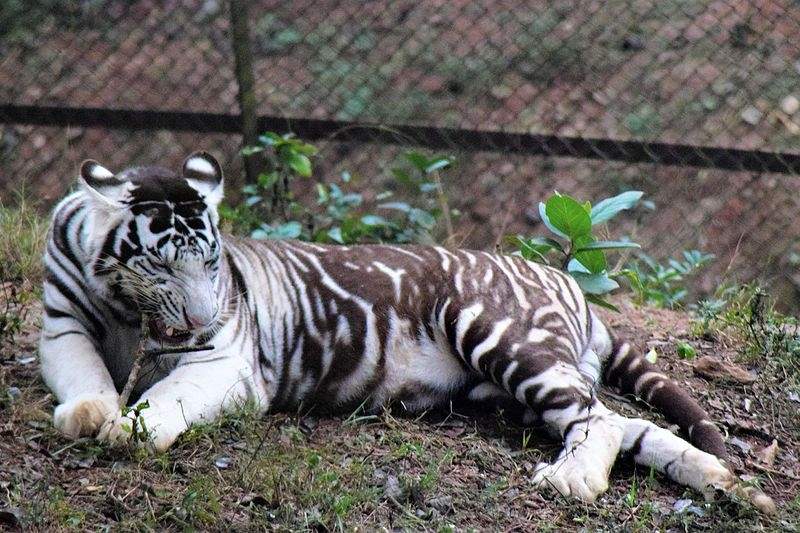 The genetic basis of melanism in tigers is still a mystery which can be answered only with the genomics. "Are they inbred individuals? Could there be some consequences for inbreeding for their survival? We are studying everything. We have to sequence the genome to know the exact reason," she said.

The story was first published in The New Indian Express