The UGC had in 2014 said that alternative, non-animal methods could be used for both university and college Zoology and  Life Science courses instead of archaic cruel labarotory procedures

The University Grants Commission (UGC) has pulled up some varsities for conducting animal
dissection in violation of a government mandate. Varsities and educational insititutions are required to register with a government-formed committee to do so. The UGC had in 2014 announced discontinuation of animal dissection.

However, following opposition from academicians and field experts that it was reducing practical exposure of students and turning zoology into a dead discipline, the Control and Supervision of Experiments on Animals (CPCSEA) was formed.

The committee working under the supervision of the Ministry of Environment and Forests (MoEF) is a regulatory body facilitating registration of establishments conducting animal experimentation or breeding of animals for this purpose. Universities running courses in Life Sciences and Zoology and having facilities for animal dissection are mandated to register themselves with the committee to ensure that the rules are not violated. 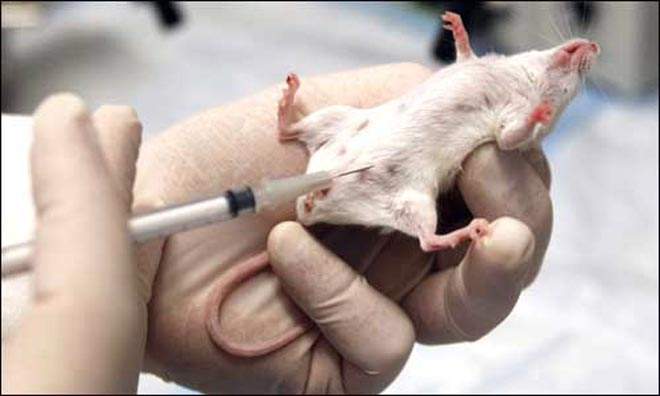 Lab attack: The UGC's direction to varsities to ensure compliance with the committee in 2014 was taken after several animal rights groups protested (representative image)

"There are still some unregistered establishments and varsities conducting animal research and not compliant with the guidelines of CPCSEA. They are required to do so on a priority basis," UGC Secretary P K Thakur said in a letter to vice chancellors of all varsities.

The VCs have also been asked to issue instructions to affiliated colleges in this regard. The CPCSEA's other functions include approval of animal house facilities on the basis of inspection, permission for
conducting experiments involving use of animals, recommendation for import of animals for use in experiments and action against establishments in case of established violation of any legal norm or stipulation.

In 2011, the UGC had imposed a partial ban on animal dissection and directed all universities and colleges to stop experimentation on animals for training purposes for Zoology and life sciences at the  undergraduate level. However, in 2014 the commission had instructed all universities to ban dissection of animals for academic purposes at both the undergraduate and post-graduate levels. 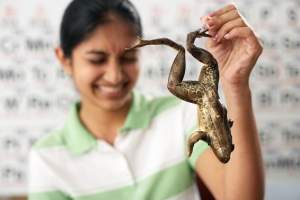 Lab attack: Studies have found that animal dissection often disturbs most students and in many cases turns them away from this career (representative image)

The UGC had said that non-animal methods - including computer simulations, interactive CD-ROMs, films and lifelike models - can be used to teach anatomy and complex biological processes, which are better than cruel, archaic animal laboratory processes. Educational institutions found violating the order can be booked under the Wildlife Protection Act and also the Prevention of Cruelty Against Animals Act, the UGC had warned.

According to research it has been found that students at most educational levels are uncomfortable dissecting and experimenting on animals. Many have also been found to completely turn away from these careers than adopt cruelty and violate their principles.