What could a 74-year-old have in common with someone who's 26? We talked to two teachers, generations apart, to find the answer

This Teachers' Day, we take a look at how much has changed in the education sector in the last few decades and how different it is to be a teacher today

That special teacher who held your hand and introduced you to a world of possibilities. That teacher who was always there for you, even when you were being difficult, that teacher who corrected you and made you a better person. Time has probably changed the ways and methods used by teachers, but not their purpose.  We caught up with two teachers from two entirely different generations and asked them about their teaching experiences, how life has changed with the advent of technology and what keeps them going every day. Surprisingly, they had a lot more in common than we expected and the kind of things they said really made sense to us, as people, as students and as teachers in motion.

Vinita Anasane, 26
She is the programme manager for Teach for India, Chennai and has about two years of experience in teaching 4th and 5th graders

Adella Paul, 74
She started teaching in 1964. She's been in the teaching profession for close to 5 decades. She's taught at all levels from nursery kids to college-level students teaching Maths, Psychology, Education and Statistics 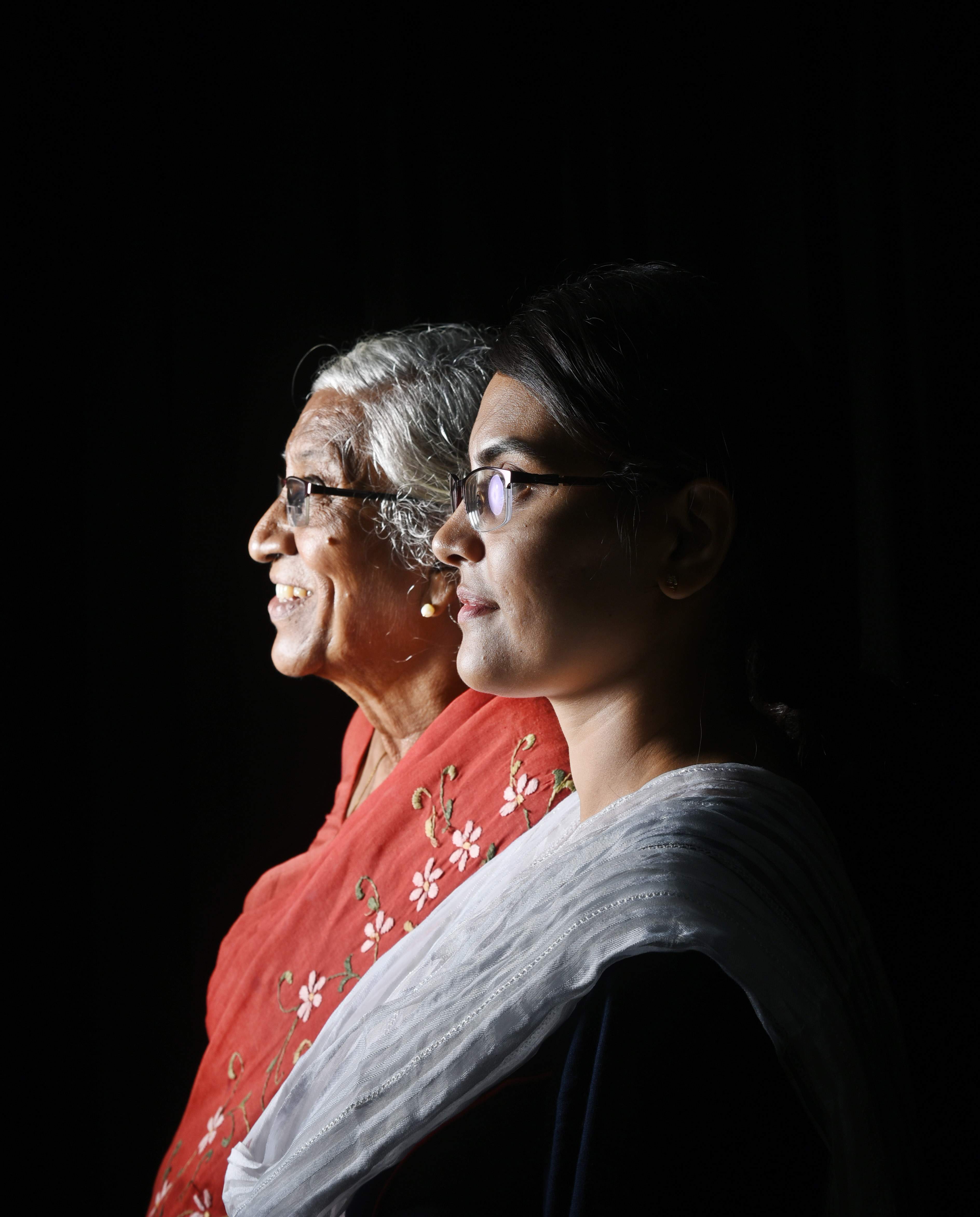 Spare the rod: Both Adella and Vinita believe that children can be corrected without using corporal punishment

Your first day of school:

Adella: While I was still in high school, the rickshaw man's daughter came up to me and asked me 'Akka, why don't you teach us English?' She brought in about 14 kids to my house, including the milkman's daughter. They would sit on the floor, and for about 2 months, I taught them English and other hand work.  So when I took up teaching professionally, it was not new to me. Children had a lot of misconceptions about Maths, that it was a difficult subject. My one mission was to make maths interesting and make them enjoy what they learn, so that they enjoy school life. No matter what cares you come into the school with, it goes away once you enter the gate of the school.

Vinita: I remember my first day was on June 12. I was excited as well as nervous because I had 48 children in my class. When I entered the school, I was bombarded with a lot of love and affection and questions about where I was from, who I was and why I decided to join TFI. What inspired me from Day 1 was the attitude of the students and the amount of respect they had for teachers, and their curiosity. At the end of the day, I was tired, but it was also the most satisfying day of my life.

You've obviously had to deal with difficult children too. Have you ever had to use corporal punishment to correct them?

Adella:  Never. As far as possible, one should try to correct children in private. When I was the Principal in a school in Kolkata, there was this boy whom many of the teachers had packed off as he was very difficult and destructive. I brought him over to my office and sat him down to talk to him. He had a sister who was hearing-impaired. She didn't go to school. She could draw pictures. He loved his sister and his gripe in life was that she wasn't enjoying anything that he was enjoying. So I encouraged him to bring pictures that she drew and put it up on our notice board. And that sobered him down. When you talk to difficult children, relate to them like people.

Vinita: There is no destructive child. There is only destructive behaviour. Corporate punishment is simply not the answer. Sometimes, children don't need to be told. They need to be understood. For instance, there was this boy who was notorious for hitting girls. I found that unacceptable and appalling. So I went to his house and I found out that his parents favoured his younger sister more than him. That's why there was so much hatred in his heart for girls. I had to talk to his parents and that conversation helped him become a better person and a better student.

Do you think children are more open about their personal problems now?

Adella: Children will always open up if they are allowed to. There is so much that a teacher can do by way of influencing them. In the beginning of every academic year, for the first few weeks, before class, I would talk to my students one by one, ask them about themselves, their families, and tell them that they could always approach me if they had any problem. Commitment is something that teachers had towards children back then. If you love your children, everything else will follow. A mother doesn't have to be told what to do for her infant. It's the same with a teacher. It's the love that binds.

Vinita: In the beginning, there were about nine kids who displayed difficult behaviour in class. My immediate reaction to that was 'why are they behaving like that'? So I went into the communities they were staying in. I spoke to their neighbours, I spoke to the children they regularly play with. I found out small things about them, what they're scared of, what issues they have at home.  I think understanding their background and then talking to them goes a long way in helping them.

How has social media changed teaching for you?

Vinita: One is teacher collaboration. We have ready resources, lesson plans, artefacts and videos. It has helped teachers bring out the best in their classrooms. Since the knowledge is so accessible, what has become important is the practical skills like critical thinking, team building, etc.

Adella: Access to information has become very easy. Students who are clever enough to get all the information, come prepared. That lays a lot more responsibility on the teacher to be thoroughly prepared. All this independent motivation is possible with social media. In my class, I had to cater to children who were smart as well as those who weren't. I had to be prepared with extra problems for the smarter ones. Today, those students would have access to all that on their own because of social media.

Not a lot of graduates want to get into the teaching profession. Are incentives the reason behind that?

Adella: There is great disparity between what a government school teacher gets paid to what a teacher in a private institution gets. And added to that, you have the fee revision commission. People want private schools to pay as well as government schools. How can private schools do that? They would have to levy a heavy fee. It's not easy for private schools to work on a consolidated sum.
Earlier, for women, teaching, as a job, was a very big draw. There were a lot of privileges. It is not possible for private institutions to do that. To stay safe, people want to stay away from teaching. When you have so many first generation learners in our country today, these are definitely factors that weigh heavily on their minds while choosing what kind of job they get into.

Vinita:  All teachers who join the BEd course are motivated enough to teach. But what sustains them, what sustains their energy, is the incentives they get. Teachers today are not respected, not appreciated for the work they do. What they do is really important. They are literally shaping tomorrow.

One thing that you'd like to say to older/younger teachers..

Vinita:  I'd only like to say thank you. Every time I came up with a new idea, they were open to it. There were instances where older teachers came up to me and said they don't want to hit their students either and asked me how I was able to keep them so quiet. They were ready to use the methods I was using. This was a big deal for someone my age, really.

Adella:  People matter more than money or anything else. The kind of influence that you have with children and the bond that you build stays with you for life. You have a tremendous responsibility to build values. We all know the meaning of the red, green and yellow signals. Why is it that educated people behind the wheels of such big cars do not follow the rules? Because we haven't learnt to live. So youngsters, keep at it. Don't leave it for more lucrative jobs.