This video of Indians dancing to Rangeela in NYC is going viral and it's all Vinay Maloo's fault. Here's how he became obsessed with it

We find out why Rangeela New York, by the Pardesi Life Dance Project, is giving everyone the desi feels and making them think of Urmila all over again

Ever imagined dancing to a full-on Bollywood number in the most iconic places of New York, just like in those movies? Street jazz against the Metropolitan Museum of Art, Kathak in Central Park and hip hop against the New York Skyline!

While we let our imagination get ahead of us, eight artists — both immigrants and of Indian origin — have made this possible, and plan to do it a lot more often. Meet the Pardesi Life Dance Project helmed by Vinay Maloo who has taken the title track of Rangeela composed by A R Rahman to the streets of New York. And this is just their first video.

In white shirts, jeans and rainbow wrist bands busting hip hop moves but with a dose of Indian classical dance, the video already has 929 likes on Facebook, and counting! And it doesn't end here. Art should come from a place of honesty and there needs to be a story behind it all is Vinay’s belief. And the 31-year-old has quite an interesting one to tell. 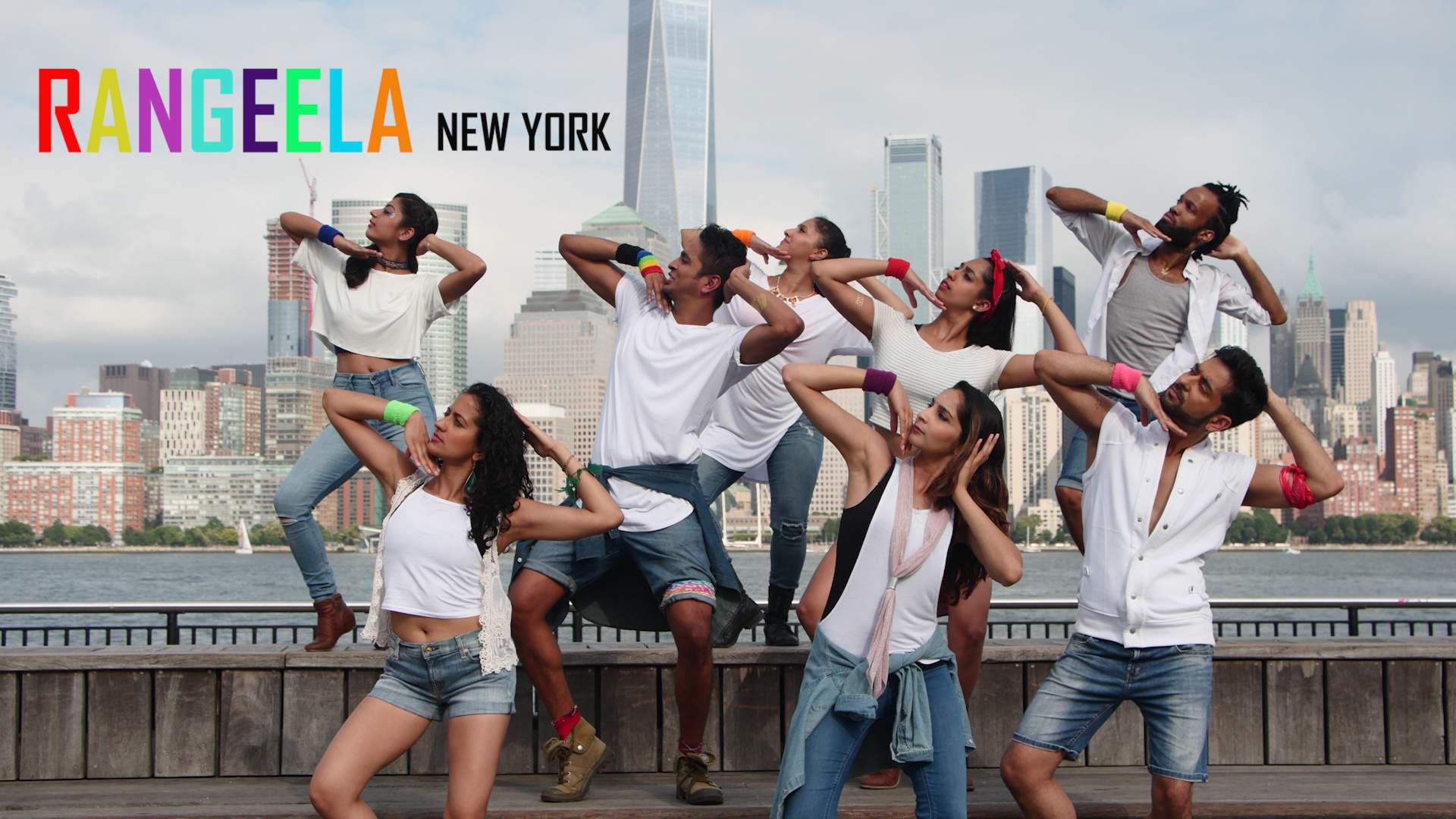 When Vinay was an eight-year-old kid living in Bengaluru, Rangeela released and it spoke to him. "Dancing to me means more than most people and when Urmila Matondkar expressed the same emotion on screen, I could instantly relate," says Vinay nostalgically, so much so that he even recommended that they dance to it for School Annual Days and such but they ended up dancing to Daler Mehendi songs anyway as Yai Re was 'inappropriate'.

But over the past six years, since Vinay has been actively pursuing dance (and a job at Amazon), the song has come to mean more to him. So after a couple of weeks of choreography, and two months of practice, the Pardesi Life Dance Project were ready to paint New York in rainbow colours (which is the meaning of Rangeela)!

"I wanted to stay true to my roots, take the influences I have and reconnect it to the song we grew up listening," he says. And of course, one can't ignore the parallel between Mumbai (where the original Rangeela is based) and New York — both of which are cities of stars, fast-paced people and trains. "I connect with New York the most because it has a very Mumbai vibe to it, it was just perfect," says an excited Vinay.

But, Vinay came to New York in 2011, in a time when the political climate was quite different than what it is now. Are the vibes still the same then, we wonder? "The politics of this country doesn't define the people, they are more diverse than they are made to show," he informs us. Nothing should stop you from pursuing your dreams, he urges, and with requests for collaborations pouring in after their first video has gone viral, needless to say, their dreams seem to be on the fast track too.