A writer and a poet, this multifaceted teacher encourages her students to discover their talents

For V S Kaikasi, her name sparked her interest in Hindu mythology. Like her namesake, she too is resolute in her mission to get her students to discover what they’re really good at

An aficionado of Hindu mythology would know that Kaikasi is Ravana’s mother, but not everyone is privy to this nugget of information. So anyone who bears this unique name would quickly grow tired of explaining its meaning and origin.

But V S Kaikasi, Assistant Professor in English at the University College, Thiruvananthapuram took it as an inspiration to learn more about the source of her name — Indian mythology. In between conducting her regular classes, Kaikasi carries out research on the “subversion of Ramayana and Mahabharatha in select Indian novels.” The 34-year-old also finds time to nurture the hidden talents of students and coordinate their participation in competitions.

My father wanted to give me a unique name and he chose Kaikasi, as the character was noted for her fiery nature and steely resolve

Ever since Kaikasi took up the responsibility of nurturing young talents, students from her college have been winning laurels at various competitions, says Dr K Mani, Principal-in-charge of the college. She is also the internal mentor of the college’s Walk With The Scholar scheme. Under this scheme, specialised mentoring is provided to UG students to shape their future in a better way.

Kaikasi, who has been actively involved in the programme for the last three years, says, “Walk With The Scholar" is based on the concept of the mentor behaving not only as a guide but a friend. The scheme aims at giving necessary orientation to needy students in order to equip them for employment. It also gives them motivation and mental support to identify appropriate areas for higher study.” 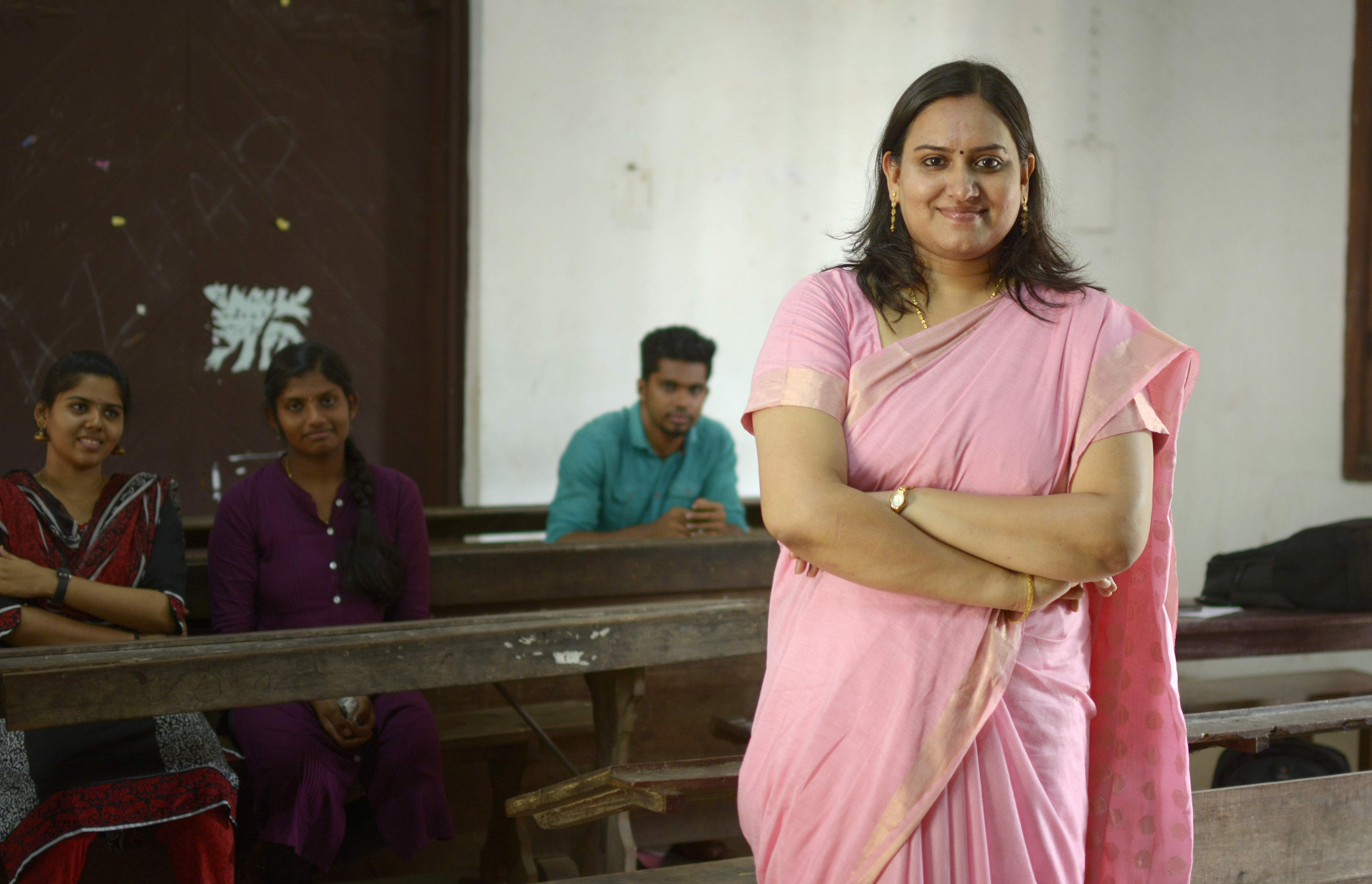 Encouraging difference: Kaikasi looks at her students as uniquely talented individuals and motivates them to pursue their talents

Kaikasi was also the master trainer of the Additional Skill Acquisition Programme (ASAP) started by the Government of Kerala. “Young teachers with at least five years of experience and about 20 years of service left are chosen for the programme. The aim is to pick young leaders who would in turn help students inculcate crucial skills,” she says.

Known for her undying enthusiasm, growing up, Kaikasi was keen to take up Civil Services as a career. But the words of former Kerala Chief Secretary, Jiji Thomson in a talk that he gave changed her mind. The bureaucrat told the gathering that teachers have a more important role to play in the society than civil servants. “A bureaucrat deals with files, but a teacher deals with students who are the future of the nation, he said. Those words inspired me to take up teaching as a profession.

My goal is to ensure that my father’s prized collection of over 15,000 magazine titles are acknowledged in record books

Also, attempts in finding the meaning of my name and the story behind it kindled my interest in Indian mythology,” she says. As if being a mentor wasn’t enough, this young teacher, who is a writer at heart, has also translated and published a book titled Folk Tales from Kashmir. Though she has penned many poems since her school days, her work was only recently published. She is also an active member of poetry forums in the city and is also working on a novel with the mythological character Kaikasi as the central figure. 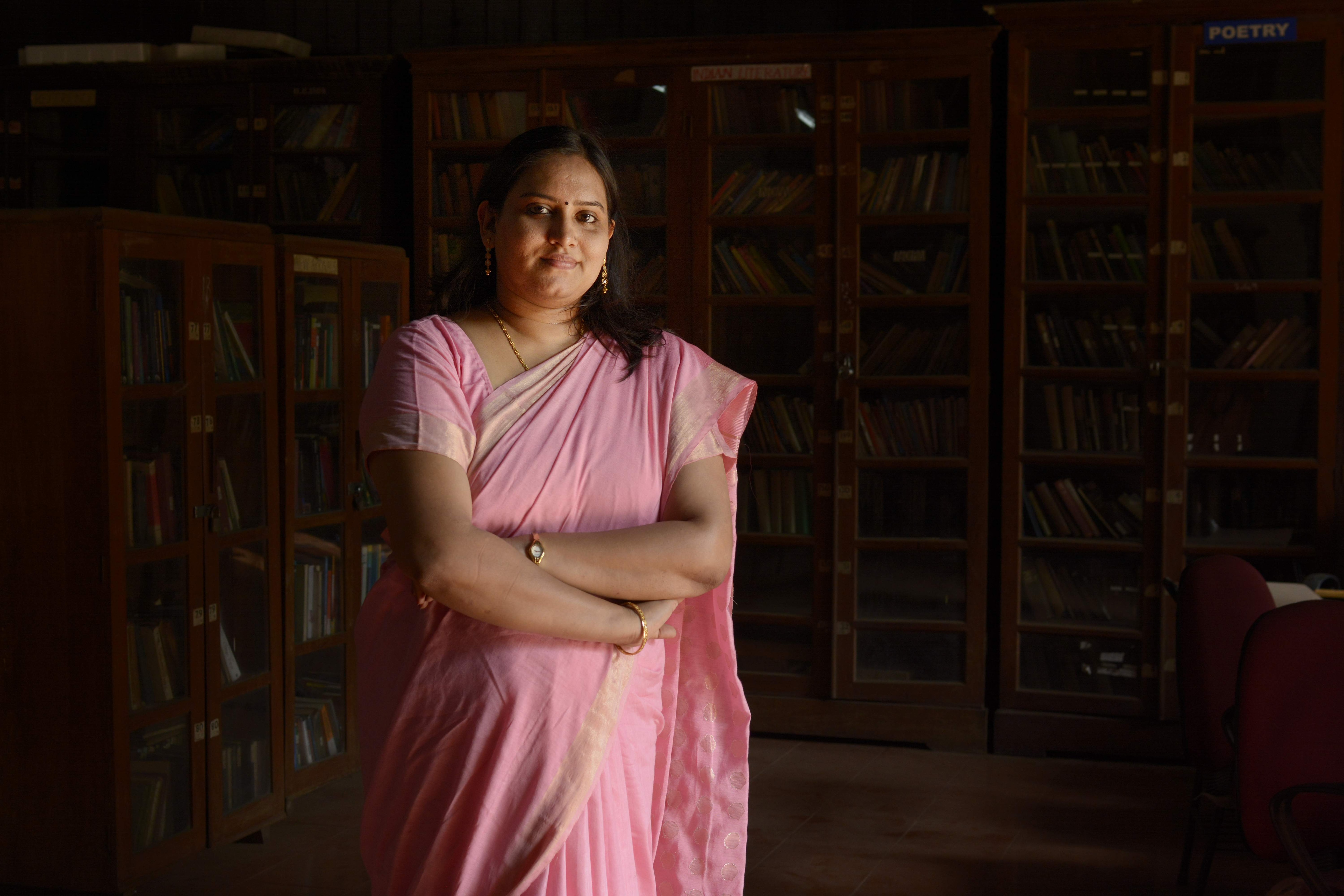 Her research, which is in the final stages, is guided by N Gangadharan Nair. “My father wanted to give me a unique name and he chose Kaikasi, as the character was noted for her fiery nature and steely resolve. I grew up in a house filled with books and magazines. In fact, my father has one of the biggest collection of magazines in various languages,” says Kaikasi, who also helps her father preserve the collection. “My goal is to ensure that my father’s prized collection of over 15,000 magazine titles are acknowledged in record books,” says the young teacher.