Only three colleges are dissenting, all others are preparing for exams, says Prakash Javadekar hitting out at DU, JNU

Taking a swipe at the anti-ABVP agitators in New Delhi, Union HRD Minister Prakash Javadekar said that almost every other college student was doing "their duty" and not wasting taxpayers' money

Reacting to the mounting protests by DU students in the national capital, Union HRD Minister Prakash Javadekar said that only a few colleges are dissenting, while the others were busy prepping for their exams. Responding to a question posed by TNIE Editorial Director Prabhu Chawla about how universities were in the news today for all the wrong reasons, and that it appeared as if they were fighting for freedom of expressing, at the inaugural session of the ThinkEdu Conclave, Javadekar said, "It is just 2 or 3 colleges that are dissenting. There are 790 others and I can tell you that all of them are busy preparing for their examinations,"he said starchily. 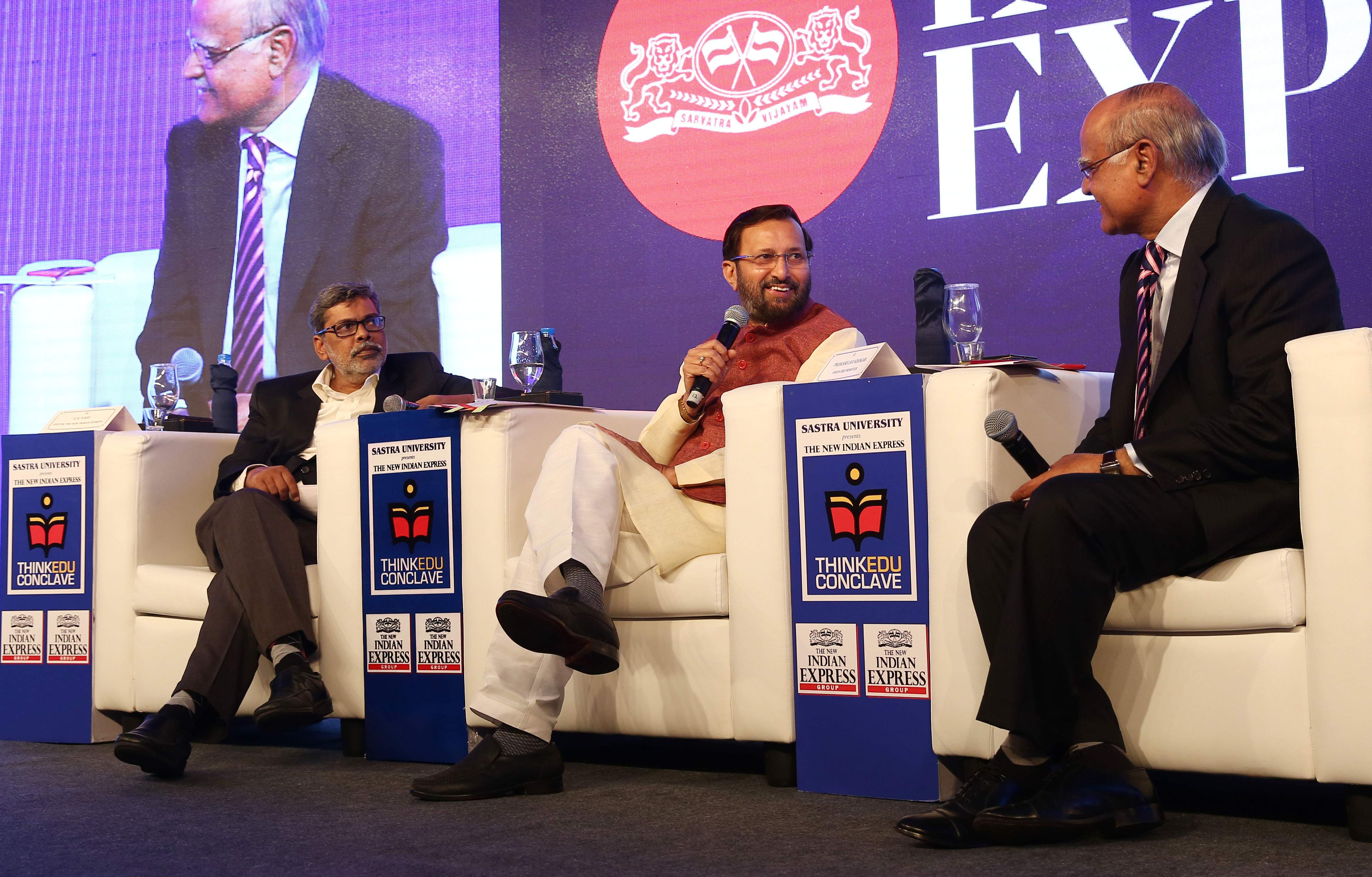 Though the HRD Minister was admittedly reluctant to comment on the ABVP-student union face-off that has taken the capital by storm, he was pressed to respond by questions directed at him by Chawla and TNIE Editor G S Vasu. When the latter pointed out to Javadekar that the President himself had expressed concern about the lack of dissent, the Minister was stirred to responding, "If you read the President's speech carefully, you will see that he himself has admitted that there is no place for violence,"he said and added, "It is society that is paying for the education of these students. In these central universities, we spend Rs 2,60,000 per student per year. That is paid for by the poor sections of the society," indicating his belief that the dissenters had misplaced priorities in taking to the streets. 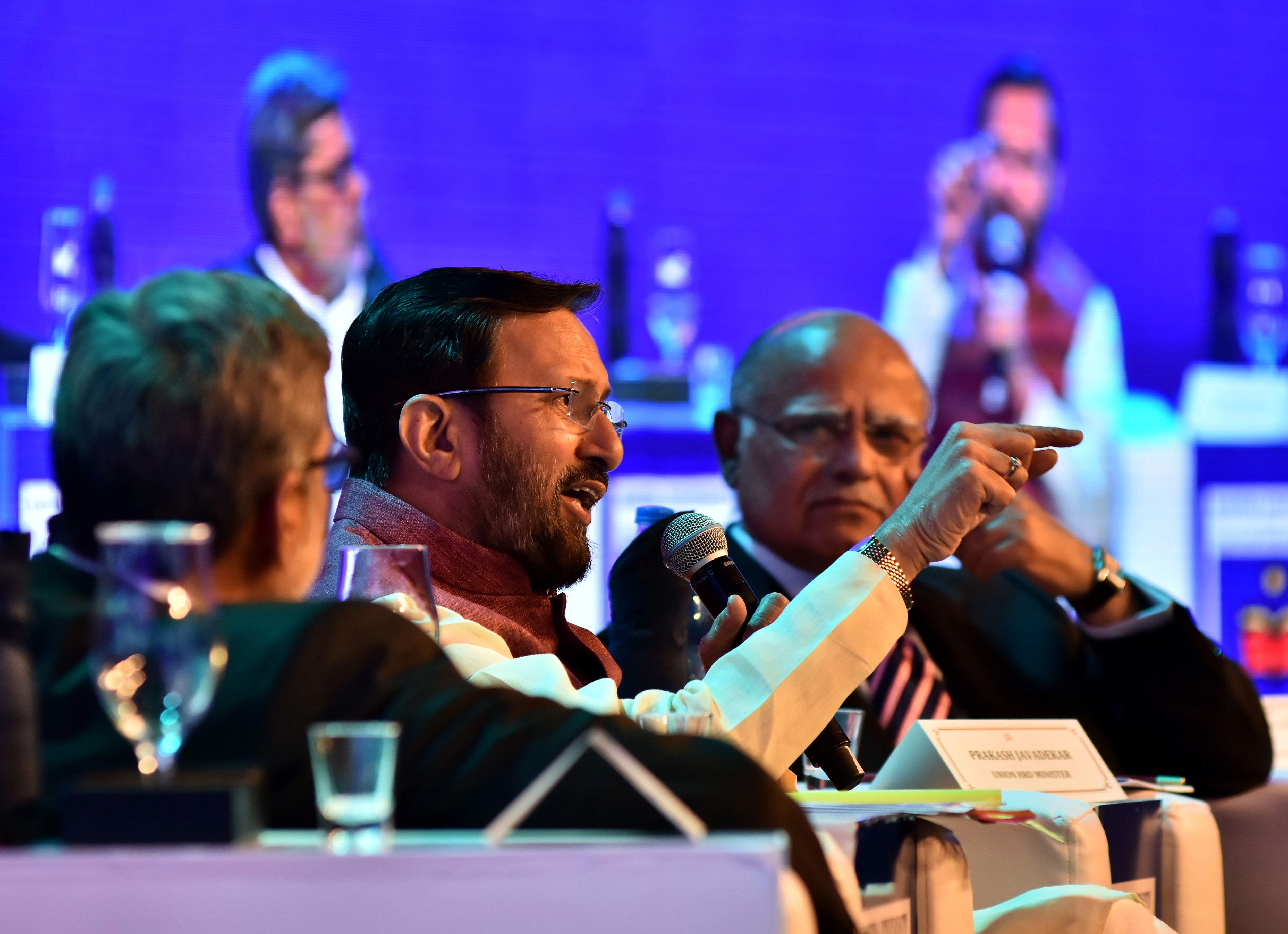 He also addressed questions and spoke about the continuing need for private players in the education system, the Modi government's increased thrust on research over the next three years and the need for keeping all the stakeholders involved in the policymaking process.