Technological development and innovation is the key for the country's prosperity, Union Human Resource Minister Prakash Javedakar has said. In his special address, delivered at the fifth edition of TNIE's ThinkEdu Conclave on Friday, the Minister said, "The (nation's) economy grows with innovation, as it leads to value and wealth creation." However, to get there is a real challenge, with the Minister stating that a culture of innovation must be fostered in academic institutes. The simplest way to get there was to let children explore their inner spark, "We must promote the inquisitiveness of students and nurture their creativity," he said, rather than stifling their questions and making them sit down in classrooms.

Laying the premise of the speech, Javedekar raised various problems in the educational sector besides detailing the steps taken by the government to address them. "There is a 4% decrease in government school enrollment, and in contrast there is a 8% increase in private school enrollment," he said, which follows the expectations of parents to seek out the best education for their children. Responding to a follow-up question about why all government servants should not be told to enrol their children in government schools, he replied that the issue was the quality of teachers, "The basic thing is improving the quality of education. I adopted a village on the border of MP and UP.  The results were very bad and the pass percent in class 10 was 10 percent and 28 percent in class 12. I told the staff that we can together bring a change. I sent them for training. I spoke to the parents and started monitoring the school every month.The results after a year were marvellous. More than 80 percent students passed. So, teachers are important," he said. 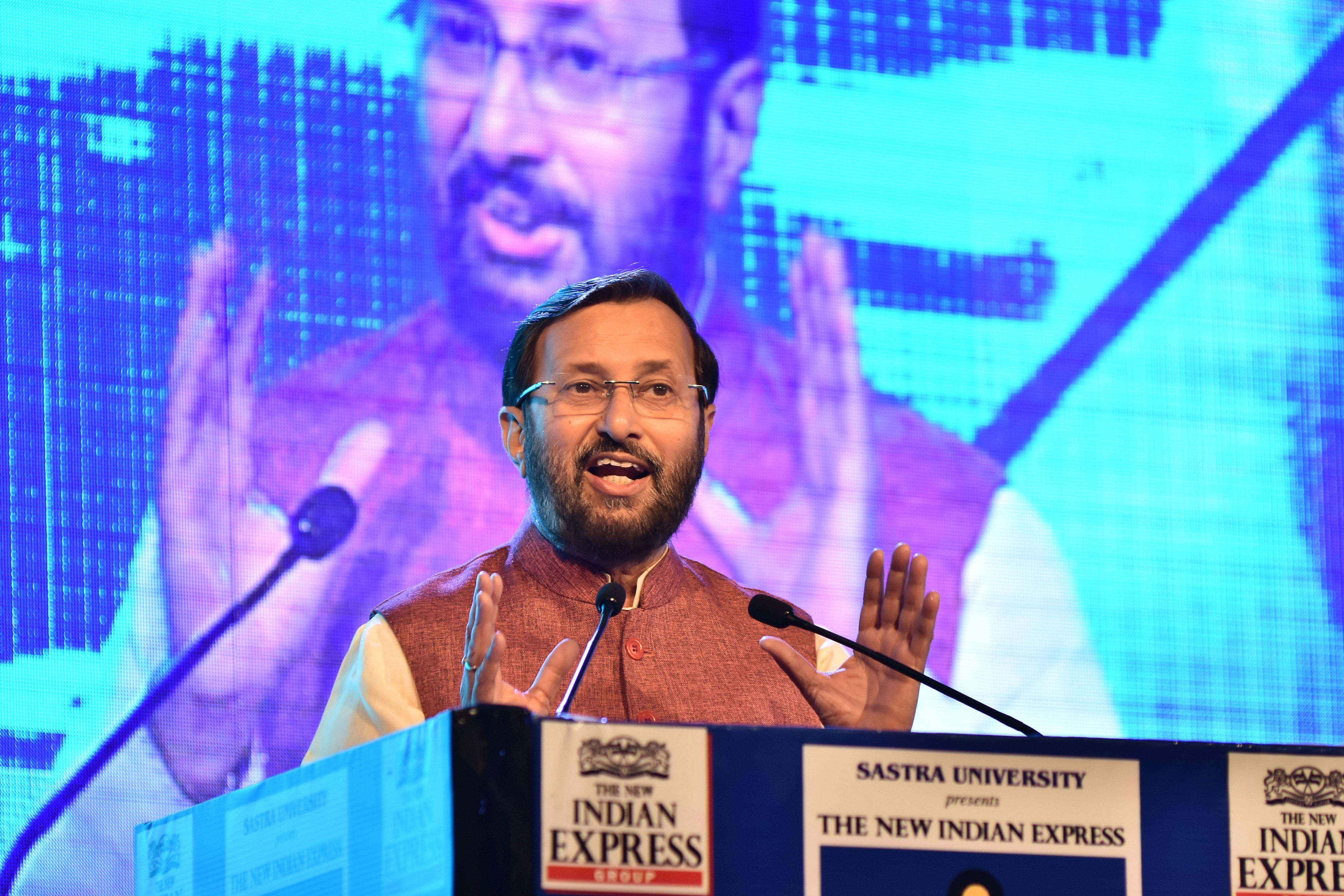 Hands on: The Javadekar experience at ThinkEdu | Ashwin Prasath

Reiterating the union government is keen to improve the quality of school education, the minister spoke about the steps taken in this regard namely defining learning outcomes, reforming teacher education and making board exams mandatory. As the first step, Javedekar said a clear road map for learning outcomes will be defined by March end, leading to accountability in all stakeholders including teachers. He followed it up by stating that teacher education must be reformed. "All teacher training institutes have been asked to provide affidavits. More than 3000 institutes are yet to comply and we have issued public notices to them," the HRD minister said. Moving onto the steps taken in Higher Education sector, Javedakar said the government does not want to micromanage, but rather encourage more universities to seek autonomy. "We will vigorously support the creation of world class universities, besides promoting them as institutes of national eminence," he said.  The minister added that the second ranking list of Indian Universities under the National Institutional Ranking Framework (NIRF) will be released later this month.