At UoH, no ST students have been 'interviewed' to do an MPhil in Social Exclusion Policy. Students threaten massive stir

Several Post doctoral and doctoral programmes are believed to be excluding people from backward sections, creating a massive sense of discontent among student unionists

This is irony at it's cruelest. The University of Hyderabad has allegedly not admitted a single ST (Scheduled Tribe) student into an MPhil programme on Social Inclusion and Exclusion Policy. This is just bad news coming days after the varsity's decision to not admit students in two courses for PhD and MPhil degrees for the ensuing academic year. Understandably, the varsity that ground to a standstill last year over Rohith Vemula's suicide, is now facing the ire of student unionists.

What's the big deal? In MPhil English, MTech Bioinformatics and MPhil Social Exclusion and Inclusion Policy, for instance,  there are four, 25 and 12 seats respectively but no ST candidates have been called for interview. “It’s the same with several other courses where reservation should be applied and yet no ST candidates have made it to the interview round. This we feel is an attempt to cut off the number of students in research and higher education from a particular section of the society,” said KS Roy Choudhuri, a PhD scholar from the varsity. MPhil in Applied Linguistics and PhD in Mathematics and Electronic Sciences are some of the other courses where there are no SC/ST students.

“It looks like the university wants to get rid of some students from the campus and from research, particularly those from the backward sections. What other rationales can there be for the University to suddenly wake up and cut down the seat months after the Academic Council meeting was held and prospectus was printed?” asked another PhD scholar who did not wish to be named. If things are not resolved soon, there will be blood. Or protests, at any rate. “Student leaders are in talks with the administration. If until tomorrow there is no substantial development in this impasse, we will stage widespread protests,” said Choudhuri. 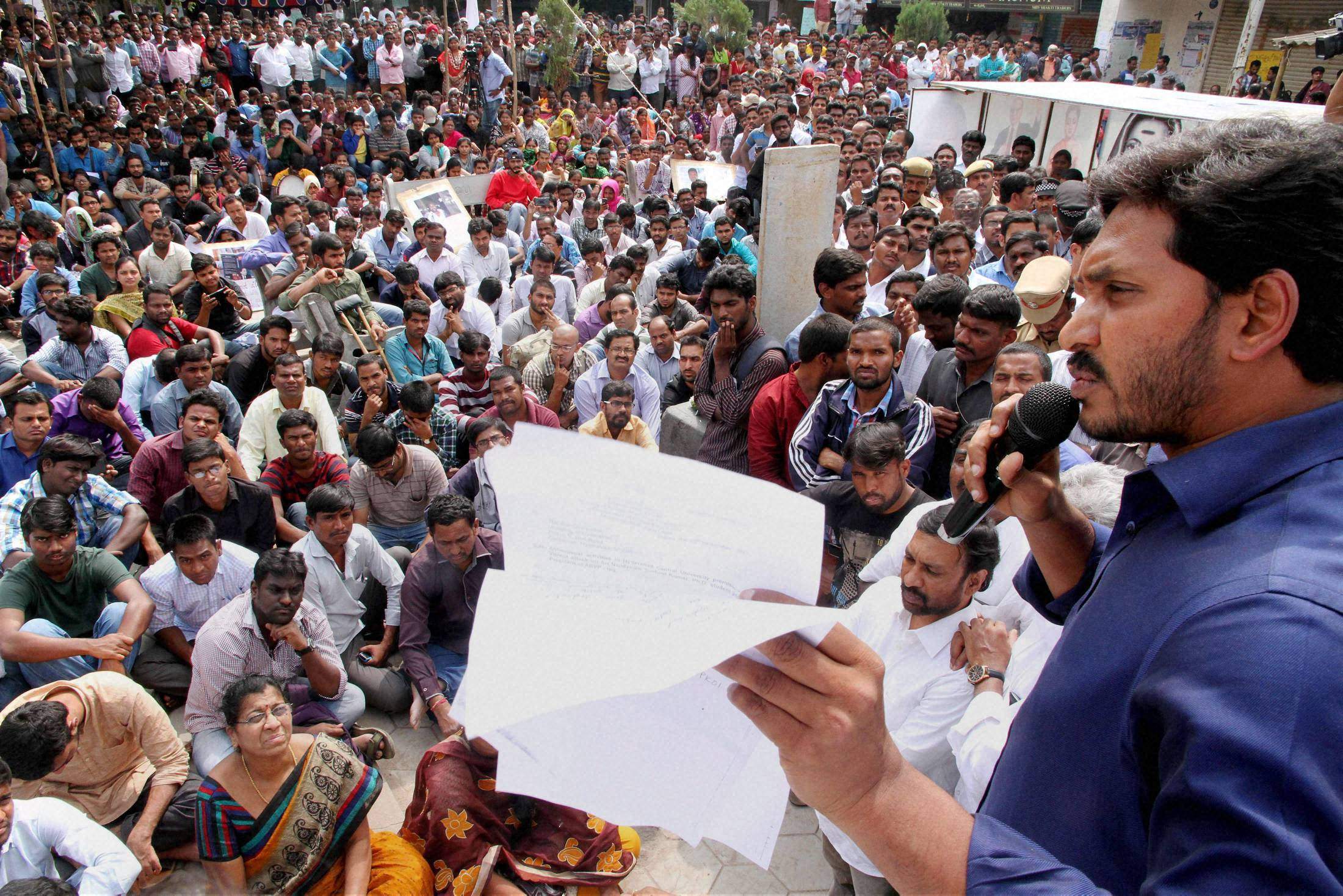 Protest no bar: Last time, every politician saw an opportunity to join the UoH protests

First JNU, now UoH, where to next?

UoH’s seat reduction has gained significance with JNU cutting down on its seats by almost 80 per cent. A lot of PhD and MPhil students’ next option was thus UoH, but now these students will be the ones who will be the worst hit. Students who have already made a hue and cry over the 1:6 ratio for interview, allege that in some courses, the number being called for the interview is not six times the number of seats. Objections have also been raised over the decrease in the number of seats without prior intimation to the students. Though the number of seats this year is more than what it was last year, due to the reduction of seats, in several courses the intake has fallen below five. If the number of seats is below five, reservation will not be applicable.

Prof BP Sanjay, Director of the College for Integrated Studies, however, refuted the allegation and said, “The ratio 1:6 is as long as so many candidates are there, Further, it is category wise. Rest assured the formula was arrived at to be representative and exclusive.”