Read all about it: Balaknama is a newspaper that's run entirely by and for street kids in Delhi

In an age when print is becoming increasingly scarce, Delhi-based Balaknama, supported by the NGO CHETNA is probably the only newspaper in the world that's run by street kids

Every day, at about 9 am, Sanno heads out with a notepad and a pen in her bag and a camera hung around her neck. She walks the busy streets and market areas of Delhi, looking for voices that get muffled in the midst of all the bustling activity around — the vegetable vendor's daughter who had been sexually harassed, the little boy who was forced to do back-breaking work, way beyond tolerable for his age, or the ragpicker who has no identity, nowhere to belong. Every day Sanno captures these voices and tells the world about them through her pictures and her stories.

But Sanno isn't just any other reporter. She's just 14. She hasn't been to any fancy j-school either. The stories of people she comes across is nothing but a mirror image of her own life. They are stories of street kids just like her, who now have a platform to voice their concerns, thanks to 'Balaknama', an eight-page newspaper that is run completely by street kids, probably the only one of its kind in the world.

In 2003, CHETNA, a Delhi-based NGO that works for empowerment of underprivileged children was thinking of different ways to make these children truly feel empowered. "We visited the areas we worked in across the state - market areas, railway tracks, slums areas, we talked with the children, and what most of them wanted was for someone to listen to their problems. That's when we came up with the idea for Balaknama,' says Sanjay Gupta, the Director of CHETNA.

Balaknama has risen to such high standards that mainstream media has been referring to the stories published in it. Apart from CHETNA, there are a few individual donors who help run the newspaper and foot the various bills attached to it

What began as a four-page quarterly Hindi newsletter, kept growing, as media attention increased, from bi-monthly to a monthly eight-page English 'newsletter', since they couldn't get it registered as a newspaper. "We started getting help to translate the stories, but we have a very strict policy that none of the original flavour is lost, and that words are translated as it is," assures Sanjay.

The editorial team consists of children, all below the age of 18, and all who are currently street kids. There are lead reporters in every district, and Batuni reporters (who can't speak or write too well, but provide all the information to the lead reporters. "None of these kids have surnames. They prefer to be called by just their first names. There is no concept of religion, or caste here," says Sanjay. 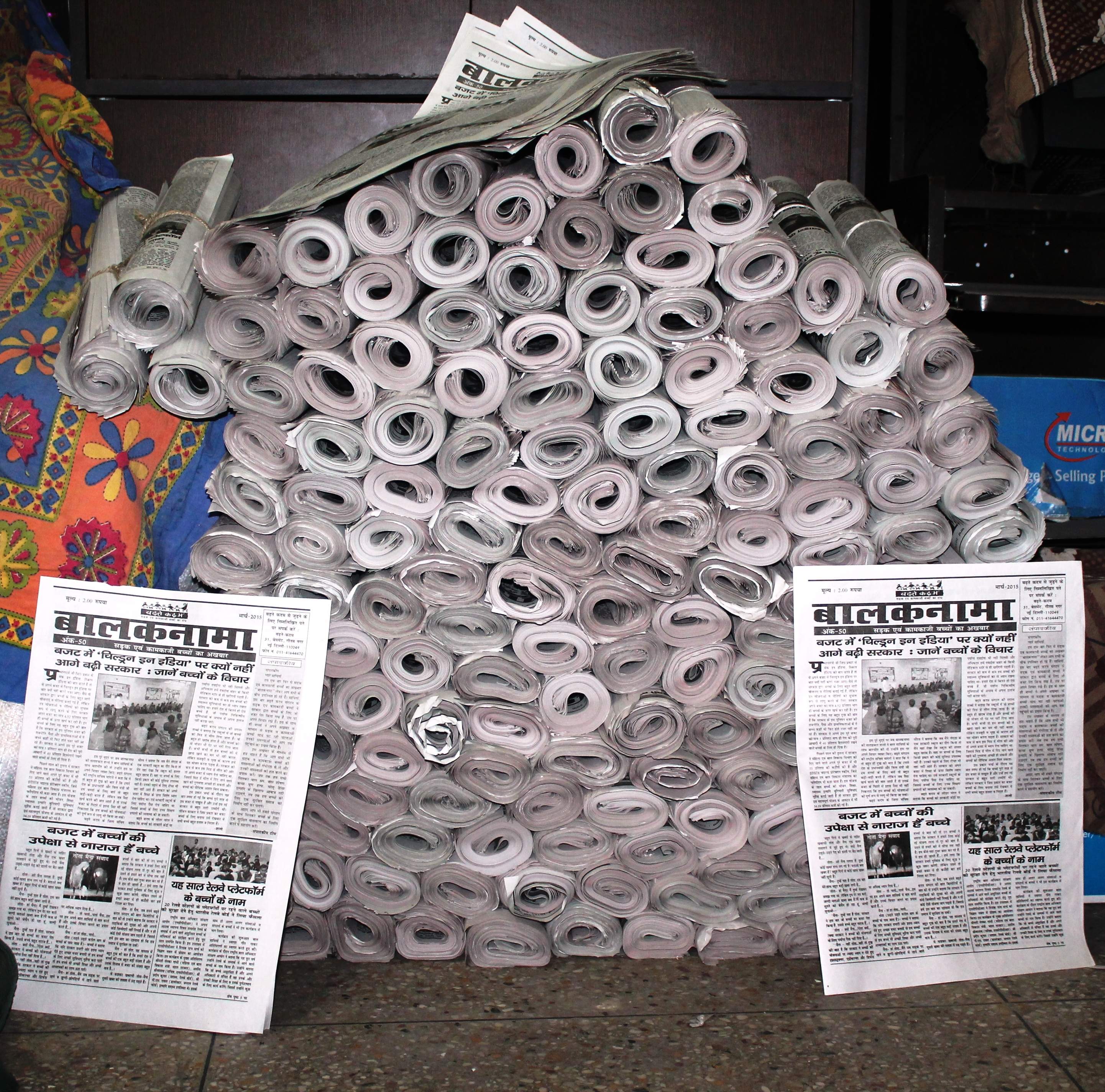 Print run: Copies of Balaknama ready to hit the streets

All reporters and editors undergo training on how to report, concept of lead story, back story, principle of editing, ethics of reporting and photography. They have regular workshops by media personnel. The 20th of every month is the first deadline for all stories, which is then approved by the editor, Shambu, 17, a former child labourer. More than 200 children have contributed so far to the newspaper. These reporters get stipends for their education, travel and food.