Shortage of IAS officers: Will UPSC increase intake next year to offset gaps in bureaucracy?

After Minister Jitendra Singh admitted that we were woefully short of IAS officers, bureaucrats and aspirants are hopeful that UPSC will reverse the trend and recruit more people next year

Good news might be around the corner for aspiring civil servants. UPSC may be asked to increase intake of IAS/IPS/IRS recruits after Union Minister of State for Personnel, Public Grievances and Pensions Jitendra Singh recently told the Lok Sabha that the country is facing a shortage of about 1,470 IAS officers and 900 IPS offiicers, besides other deficiencies. The shortage of IAS officers is particularly worrisome because it indicates a substantial shortfall of 23 per cent in its required strength.

When there is as great a shortfall in administrative officers in the ranks, it stands to reason that the intake will have to be increased at some point of time. 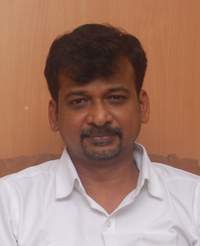 Its great news that the government has woken up to the fact that the civil services are short-staffed. We are hopeful that this would mean an increase in intake in the coming years

"There have been concerns about the training capacity of Lal Bahadur Shastri National Academy of administration (LBSNAA), which I think is misplaced. The Academy could easily accommodate 400 trainees at any given time," he adds. The IAS officer who served in the country's Eastern regions believes more civil servants is definitely good for a country that is aspiring to be the next superpower.

If that does happen, it would be a welcome break from the declining intakes in the last couple of years. The hiring across services have gone down from 1364 to 1164 and 1079 in the years 2014, 2015 and 2016. Nevertheless, the trend would continue in this current year as well, given the reported vacancies are only 980. A positive change, Jebasingh says, is expected only next year.
Any news of increased intake would be encouraging to the army of aspirants out there, which increases by leap and bounds every year. As per the statistics available, the number had jumped to a whopping 11.36 lakh in 2016, after hovering around the 4.5 lakh zone in the two years that came before.

This means that the civil services has either kept its place as the most sought after career choice of middle class youngsters or it points to a dismal job market in the private sector.

Where did all the IAS officers go?

It's common sense to assume that these vacancies did not crop up overnight. Senior bureaucrats says the cadre reallocation that happened recently and the realization of overburden on many officers could have contributed to increased attrition in the ranks. An IAS officer who is currently in service in Tamil Nadu explained that the lure of higher pay packets from corporate companies for UPSC graduates who were stuck serving in rural locations was adding to the attrition rate.
But not everyone is on the same page on increased intake. Alphons Kannanthanam, a retired civil servant from Kerala, says the government should take steps to make the existing civil servants more productive, "At least half the IAS officers in any cadre are languishing in departments that do not need their skill or training. I have gone through that phase in my career as well. We need better schemes that would utilize the knowledge and skill sets of the existing officers," he says.