She is the youngest UNICEF Ambassador and is one of the few people to not have a glam tag attached to it. She is currently studying in England along with other Syrian refugee kids who were rescued

After Amitabh Bachchan, Priyanka Chopra, Leo Messi and Jackie Chan, there was Muzoon Almellehan. Unlike the rest of them she isn't a Hollywood A-Lister or a sports legend.

The UN children's agency has announced the appointment of its youngest goodwill ambassador 19-year-old Syrian refugee and education activist Muzoon Almellehan. UNICEF Deputy Executive Director Justin Forsyth said that Muzoon is the first goodwill envoy with official refugee status. UNICEF said she received support from the agency while she was living in the Zaatari refugee camp in Jordan. She follows in the footsteps the late actress and goodwill ambassador Audrey Hepburn who was also supported by UNICEF as a child. Muzoon said when she fled Syria she only took her school books with her. "As a refugee, I saw what happens when children are forced into early marriage or manual labor," she said. Working with UNICEF, she said, will help to "give these children a voice and to get them into school."

Almellehan is a friend of Malala Yousafzai, whom she met in 2014 when Yousafzai was visiting the refugee camp Almellehan was staying in. Yousafzai later invited Almellehan to the ceremony at which the former received the Nobel Peace Prize. Yousafzai also visited Almellehan upon the latter's arrival in the UK. Almellehan's activism received recognition in a number of countries, and has led to her receiving the sobriquet "Malala of Syria."

Who is Almellehan and why is she awesome?

Almellehan was born in April 8, 1999 to Eman and Rakan Almellehan, and was brought up in the Syrian city of Daraa. Her father was a schoolteacher. She has two brothers and a sister, who are between one and four years younger than her. After the Syrian civil war broke out, their city was besieged by the government before being taken over by Islamist forces in early 2014.

Wikipedia lists that her family moved to Jordan when the fighting became severe in 2014 and lived in refugee camps for three years. The Almellehan family was forced to move multiple times. The first camp they lived in was Za'atari, from where they moved to Azraq, another Jordanian camp. While there, her family received offers to move to Canada or Sweden. Almellehan's father rejected these for logistical reasons. 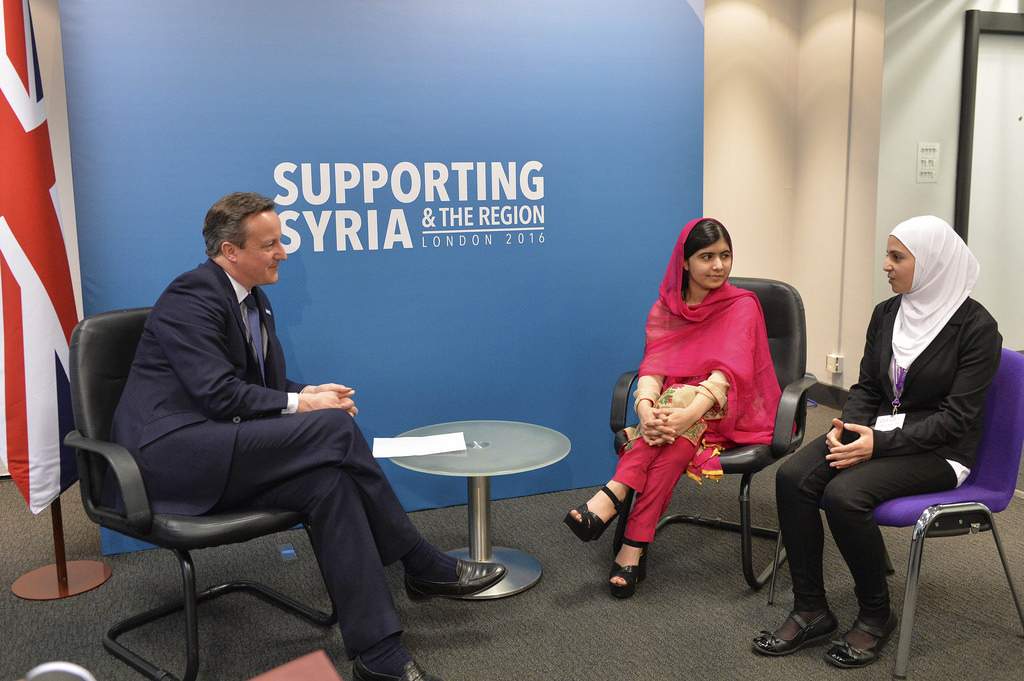 Almellehan later negotiated her family's move to the United Kingdom under a plan announced in September 2015 by David Cameron, by which the British government planned to accept 20,000 Syrian refugees. The family was brought to Newcastle two and a half months later, being among the first Syrian refugees admitted to the UK. The Almellehan children were enrolled in a local school. Almellehan was among nine refugee children at Kenton School, and has expressed interest in becoming a journalist. She has stated that she found adjusting to the local variant of English difficult.

Almellehan was led to advocate for girls' education by the fact that half of the 40 girls in her class at Za'atari dropped out of school to get married. Child marriage, although not particularly common in Syria, increased dramatically after the civil war began. Almellehan became known for trying to persuade parents to leave their children, particularly girls, in refugee schools rather than making them marry early. She also tried to persuade children to remain in school, and to prevent child marriage.