Called the Pied Piper, the team from Odisha developed the app within 30 hours and will be giving it to the Ministry of Earth Sciences for practical on-ground use when it's fully done

The American comedy series, Silicon Valley focusses on six young men who develop a music app that contains a data compression algorithm. Drawing inspiration from them, a team of six from IIIT Bhubaneswar have developed their very own app called Pied Piper that reduces the size of a video file when being shared over a network using the least bandwidth. The team bagged the first place at the Smart India Hackathon 2017, India's first massive-scale hackathon initiative held at SSN College, Chennai. The students were given 36 hours to build tools for problems posed by The Ministry of Earth Sciences.

The Pied Piper app was one of dozens of projects that were worked on during the two-day-long event. The 6 members of the team are Shourya Pratap Singh, Jeswin P Mathai, Rohan Pattnaik, Susobhit Panigrahi, Rajat Kumar Sinha and Ruchi Pandey

So what does the app do?

The creator of the app, Shourya Pratap Singh points out that there are still some inefficiencies in the way some files are compressed. For instance, a video that’s 500 MB is compressed using a x265 encoder, which reduces the size to about 150 MB without affecting its quality. The app supports nearly all video formats like mp4, avi , and mkv . The engineering students are planning to work on audio compression next. "We have worked on image transmission also, but we haven't yet integrated it with the platform," he says. 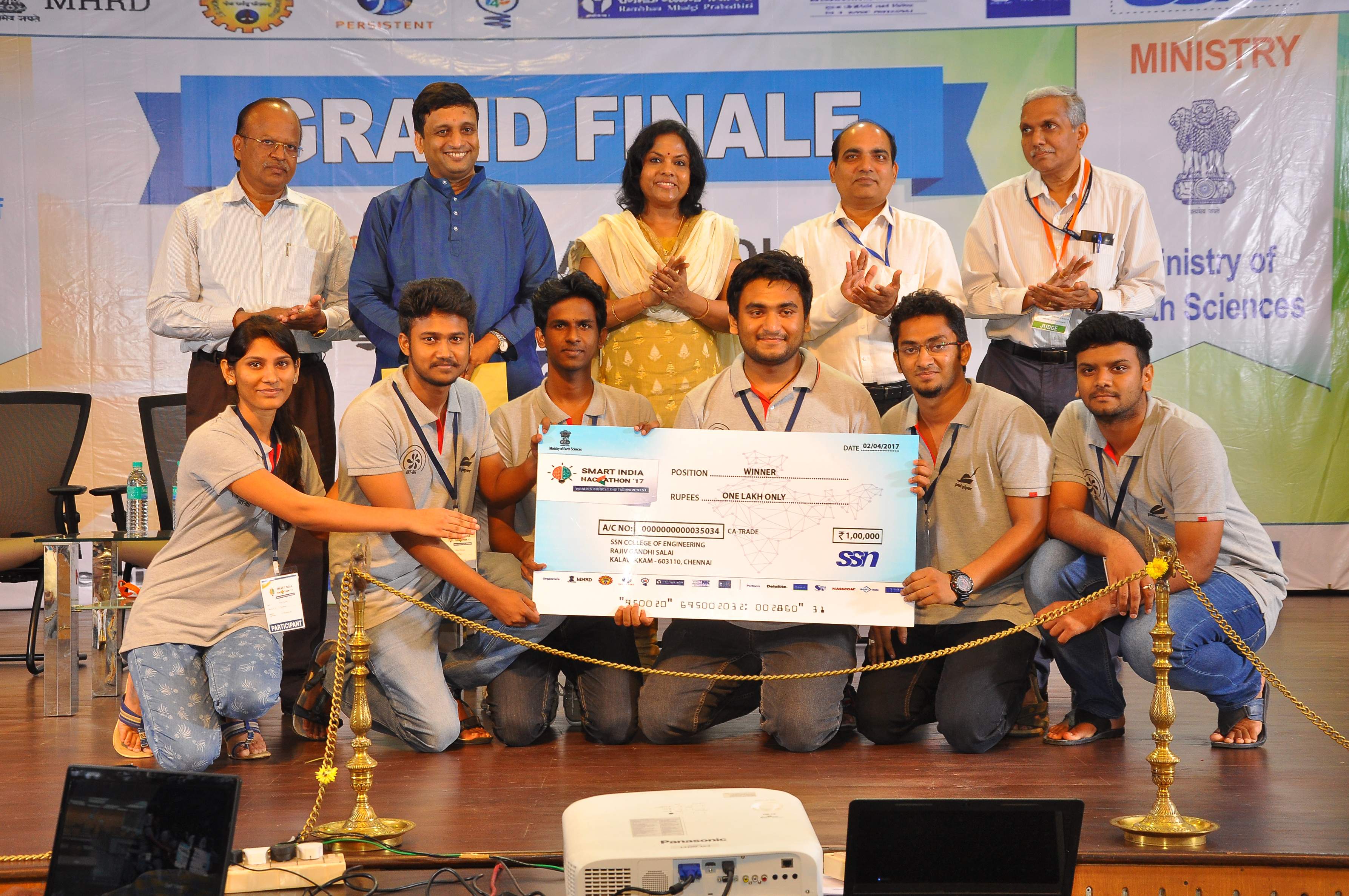 Explaining the functioning, he says that once the video is dragged and dropped, it will automatically reduce the size by about 70 per cent and then send it over a network connection, which when received, will be regenerated to optimal quality. The best part, he claims, is that even though the video sent is less than half of the total information, one will still get all the information without any compromise in the quality.

So how does this benefit the ministry?

"Since the size of the videos taken by the satellites are huge, it is important to have a compression algorithm that can maintain the clarity, yet up the speed. It can be used to alert the Coast Guard about possible intruders by streaming real-time videos, so that they can chart a course to intercept them. In case of an approaching storm, relevant information needs to reach the fishermen out at sea, so that they can swiftly divert from its path. Our app helps in these scenarios because it can send information even over very poor signal quality," explains Shourya.

In case of an approaching storm, relevant information needs to reach the fishermen out at sea, so that they can swiftly divert from its path. Our app helps in these scenarios because it can send information even over very poor signal quality

It took the students around 30 hours to develop the desktop application. The team simultaneously worked on the user interface and back-end. "We can't believe that we won. To us, this was all about participating and getting a chance to develop an algorithm that we found interesting to work on. It was a great experience. We feel the need to address the real problems of the ministry through programming. We plan to expand this project in the future. We are very thankful to the HRD Ministry for organising this event and giving us the chance to interact with people from the industry and the government," says Shourya.