Pickles are truly the very best! And if you are an aficionado too, you definitely should try out the pickles that Uragaya is serving. Yum! They are healthy and delicious and all kinds of wonderful

Before sitting down for dinner, a quick sweep of the dinner table would look like this for anyone hailing from the south, especially from the Telugu-speaking states: Rice, check. Rasam/Dhal, check. Ghee, check. And the most important, pickle, triple check! Aavakaaya now, because it's mango season again! If you love pickles, then they are probably your most prized possessions and the most special are the ones handmade with love and skill, perfected over years and years of practice. Sri Durga and Rishi Varma are bringing the same lip-smacking taste back to the dining table with Uragaya. And boy, do we want a seat at their table now! 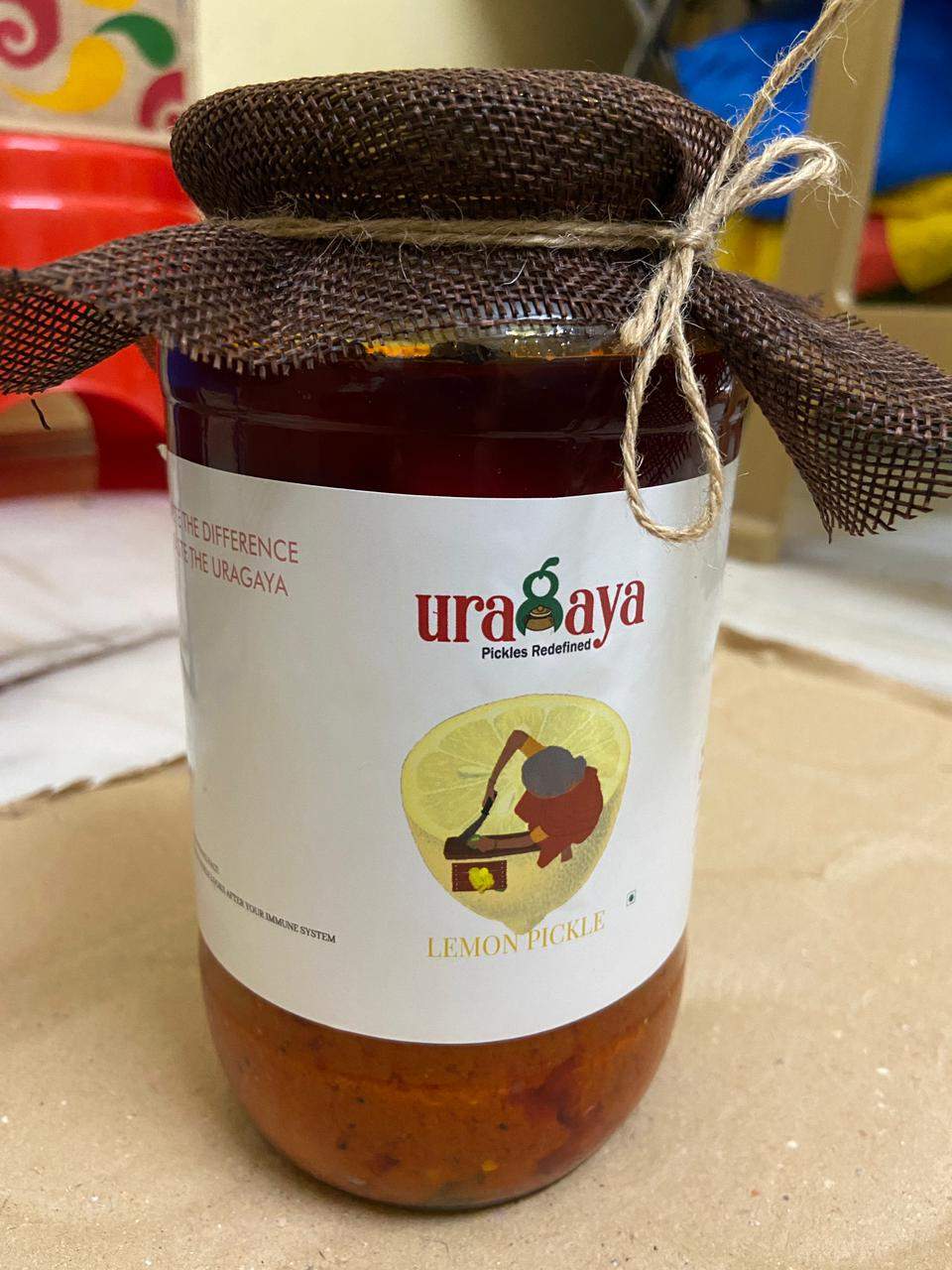 The duo has bottled up the taste of their grandmother's pickles and it's up for grabs. Gongura, tomato, amla and lemon — you name it, they have it. Their entrepreneurial spirit coupled with their Bachelor of Vocation in Retail Management from St Francis College for Women has led these classmates-turned-co-founders to this juncture. "Though we bagged MNC jobs, our joining was deferred due to the lockdown. But we grew out of it soon and started working at a friend's start-up to learn the ropes. Within two days, we decided that instead of pouring in hours into someone else's venture, we should dedicate ourselves to our own," explains Sri Durga who not only shares her birthday, October 22, with her co-founder, but also her age, 21.

They received 40 orders in the first few days and to date, they have sold about 50 kg of pickle

And clearly, the similarities don't end there. They were both of the opinion that store-bought and preservative-laden pickles were no rivals when it came to what emerged from their grandmother's kitchen and they instinctively knew that they were bound to find many kindred spirits who feel the same way. That's why they went full throttle and launched Uragaya on February 16, 2020, after two months of intense research on flavours and packaging. 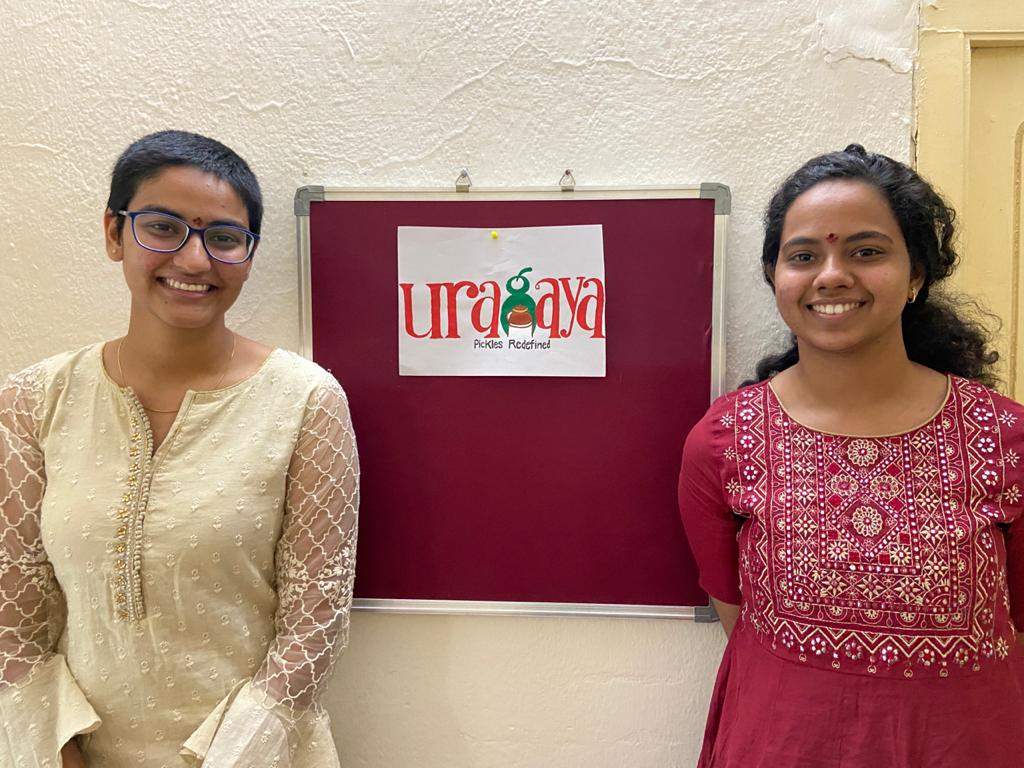 For all the health freaks out there, the duo will have you know that the right pickles are actually healthy. Take their own pickles, for example. They used cold-pressed oils, they source gongura leaves from Guntur and other raw materials like mirchi powder and turmeric from Nizamabad, where Sri Durga hails from and where they have engaged five women from self-help groups to work for them. They have their own manufacturing unit at Begumpet and with two specially-skilled women, they make these beyond-yum pickles.

After making the pickle, they let it ferment for ten days

So we know that they won't let out trade secrets, but we try our luck and ask them what's the secret behind their recipe. Sri Durga tells us that it all boils down to the perfect ingredients and exact quantities. "Down to the salt, it's about the right amount. This is why, every time we make it, our pickles taste the same. And even those who aren't able to stomach too much spice are finding that our pickles are just right," she shares happily. 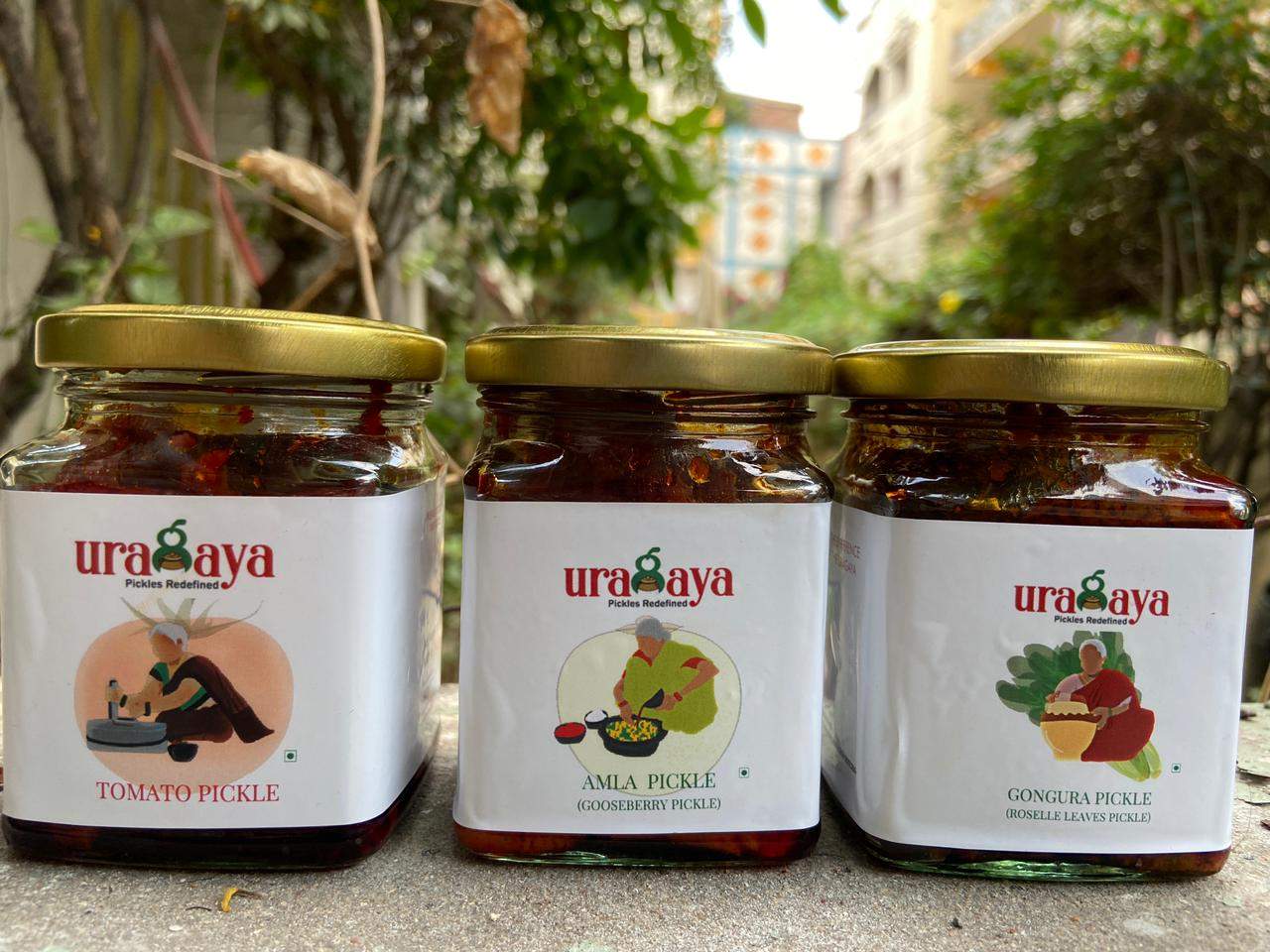 Are pickles healthy?
- Fermented pickles have probiotics, which are good for your gut
- Mango and lemon are actually antioxidants
- Since they are seasonal, they are more beneficial

For more on them, check out theuragaya.com