First, everyone laughed and ridiculed and now, they appreciate and even learn from Hyderabadi lad Syed Imran who is a self-taught bike stunt performer. What's the story behind it? Read on to find out

Looking at a confident rider performing stunts on their bike elicits a whole bunch of reactions from on-lookers, including 'mindless miscreants' and 'reckless riders', but when the same stunts are translated on screen, the theatre erupts into applause and whistles. Syed Imran has had enough of this hypocrisy. Clarifying his stance further, the 23-year-old says, "Those performing street stunts are asking for these disgruntled responses because it's dangerous to them and on-lookers too. But performing stunts in a safe and mindful way isn't a crime!"

Some of the very first basics he covers in his lessons are about safety gears, how to protect oneself when falling and so on

Imran has had his fair share in the spotlight with bike scenes opposite Tollywood's (now even Bollywood's) heartthrob Vijay Deverakonda. Like in Geetha Govindam, when he was teasing actor Rashmika Mandanna in a scene, or in World Famous Lover, when he was racing against hunky Deverakonda himself. Having done his bit on screen, he started Imran Stunt Academy in September last year and after a brief sojourn, they are back in action, ensuring that the 'image' around performing stunts doesn't keep people away from this shot-of-adrenaline sport. 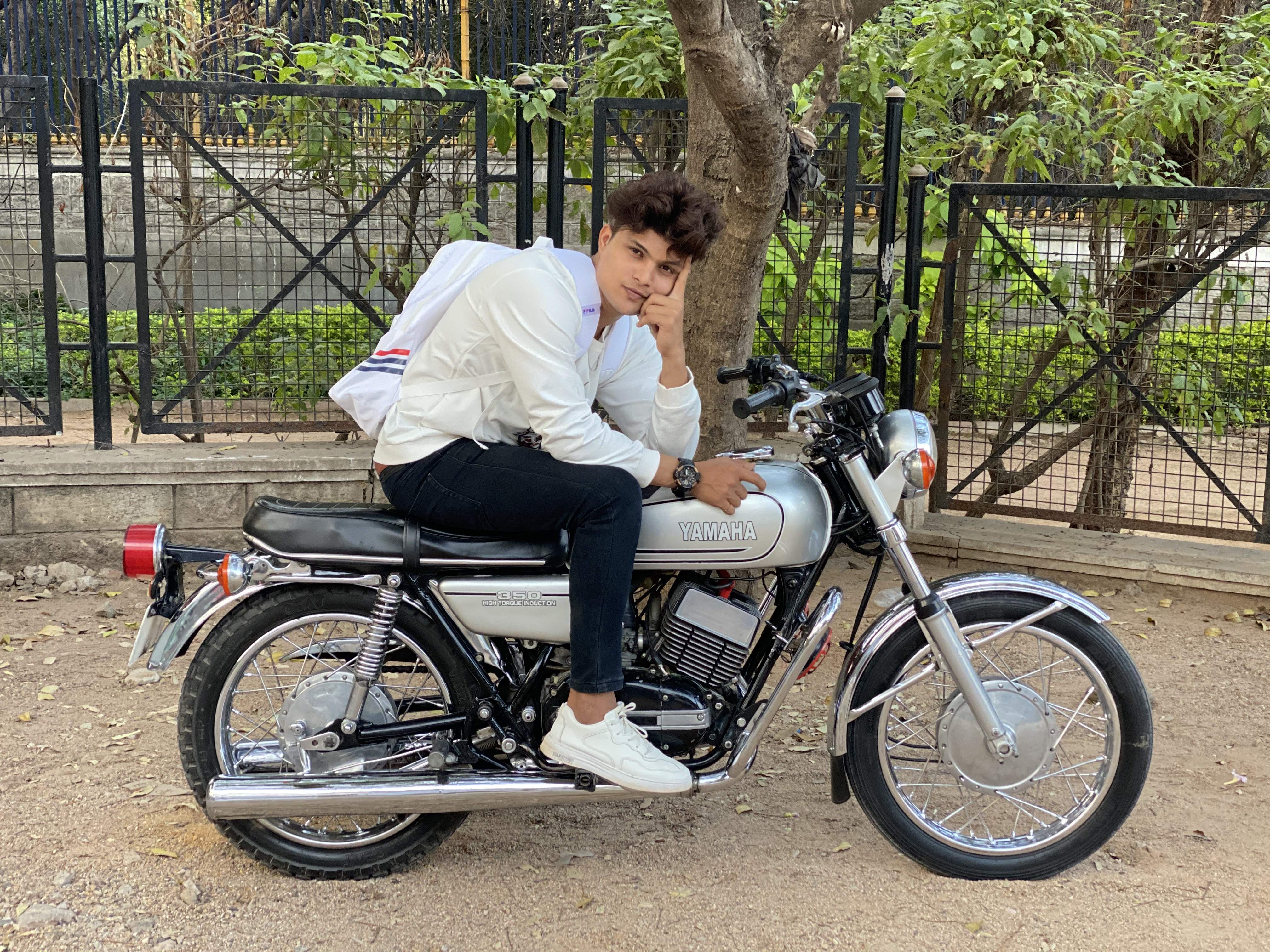 Imran sports many battle scars, the mark of a budding biker who is self-taught, and is now teaching others so that they don't make the mistakes he made. Narrating his beginnings from a humble background, he says, "I used to work as a milkman on a dairy farm, YouTube was my teacher back then. When my uncle would lend me his bike to fetch groceries, I would practise what I'd learnt on my way. I would save money, fill petrol in my friend's vehicles and that's how I learnt how to do the wheelie back in 2013." Life was tough but Imran's many falls made him tougher. "I suffered a few broken bones, bruises and whatnot. But what I earned in return was knowledge that I now intend to share," he says passionately.]

The timings of his academy are from 5 am to 11 am. He has also taught people who are above the age of 50

It is at Hasten Go-Karting in Hyderabad's Gurramguda where he gives lessons keeping in mind the safety of his students. He might soon start teaching at Leonia Holistic Destination's Chicane Circuit too. The safety gear includes a helmet, knee and elbow guards and a jacket with padding including on the shoulders. He even made a wheelie machine, with trainee wheels on the right, left and behind, to up the safety ante. About seven to eight eager students have already found their way to his classes. "A stunt I took four months to learn took one of my students just three days," he says, sounding flabbergasted. 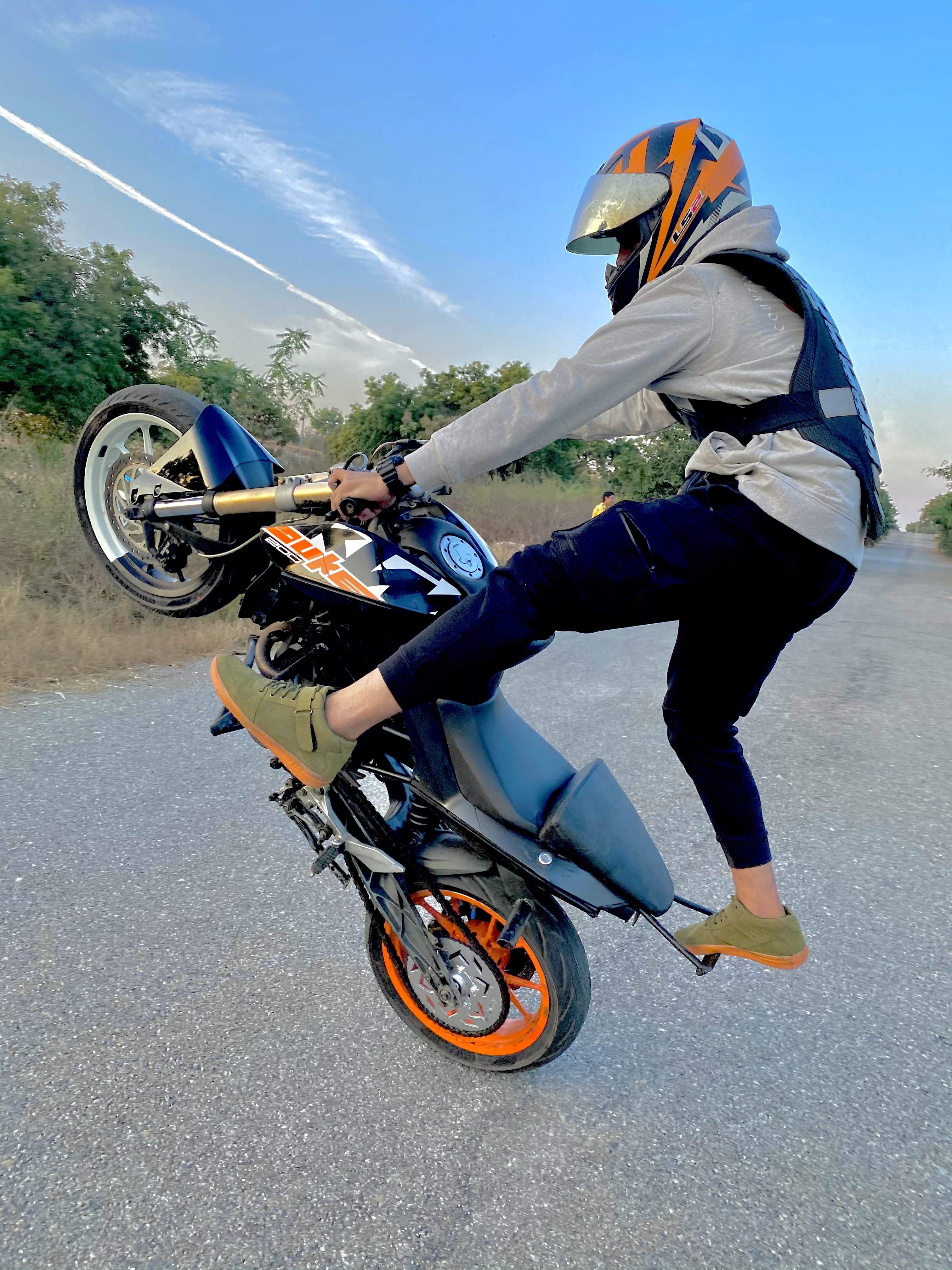 The path continues to be tough for this rider, being dismissed or derided for the sport he loves to practice and preach. "A few people have demotivated me all through the way, but now, with whatever little name I have earned for myself, some of the same people come up to me to ask for selfies," he says with well-earned pride. But what he is most proud of is that he did things the right way.

Stunt jargon:
- Wheelie: A manoeuvre during which the bike is ridden on its rear wheel alone
- Stoppie: You stop but while you are at it, you are on your front wheel alone
- Bunnyhop: Launching the bike in the air with front and rear wheels off the ground
- Donuts: Circling around on your rear wheel with one foot on the ground

For more on them, check out instagram.com/imranstuntacademy