Pawan Vyas is keeping the dying art of tying a turban alive. How? Through his many records which includes tying the world's longest and shortest turbans

Pawan Vyas from Bikaner, Rajasthan is trying to keep the art of tying a turban alive. And the 20-year-old student didn’t choose any ordinary way, he entered the World Book of Records, London (UK) by tying a 478.5m-long turban in just half an hour. Having achieved this without using a hairpin or even a drop of glue on December 16 last year, he was awarded the certificate of inclusion by the Princess of Bikaner, Siddhi Kumari and MLA Savita Purohit.

Currently pursuing a diploma in Electronics at the Government Polytechnic College, Bikaner, Pawan says, “In Rajasthan, there are 108 types of turbans which belong to different religions and castes. If someone new comes to the village, their identity is easily recognisable thanks to the turban that they wear which tells you which community a person belongs to. There are also different types of turbans that are worn for different occasions. But the art is slowly dying, I thought trying new things with it would attract people back to it.” 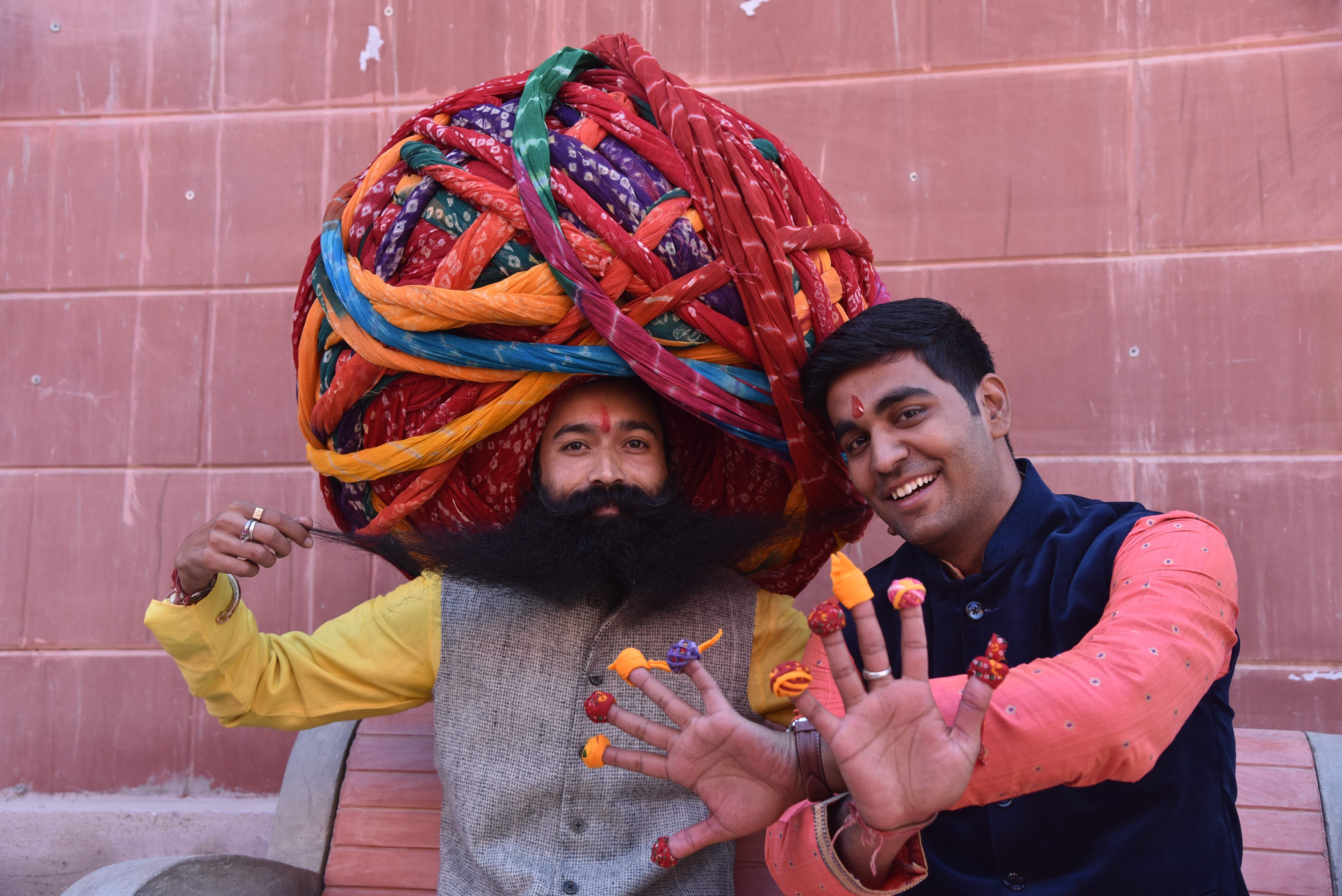 TIED UP: Pawan mastered the art over the past 12 years

Having mastered the art over the past 12 years, Pawan won another world record two years ago for tying the smallest Rajasthani turban on people’s fingers. He began during a festival in honour of Lord Krishna where a small statue of the God is built. Pawan began his experiments by tying small turbans for the deity himself. He also helped replace the roses that are ordinarily handed out to guests during Rajasthan’s Camel Festival with small turbans that can be worn on people’s fingers.

He says, “Although people don’t care about culture or tradition, when you present it in newer ways, like the longest or smallest and win world records in its name, people pay attention. The turban I made was all over social media and it definitely got people talking. In this way, they were intrigued about turbans and the beauty of it lives on, at least through their interest.”

In a firmer step to keep the turban tradition alive, he has also written to the Prime Minister’s Office and to a few ministers in the state requesting the government to declare a national day as ‘Turban Day’. He explains, “On that one day, teachers and student in all schools across the country should tie a turban. In this way, the artform will live on forever. If I can help make this happen, it will make a huge difference for our culture in the future.”