Ouso Chakola's project, Obscura DAC, uses analogue printing techniques to create photos that look like they're from the past

Obscura DAC is a project that uses analogue photography to print images. We find out how the creator is preparing to take the show on the road by working with a number of schools

There has been a Matador van sitting in Ouso Chakola’s garage for the past four years. The photographer and artist has just finished adding a last coat of paint on it and is gearing up to take the show on the road. Having devised his own image printing technique, he has converted the van into a mobile studio of sorts where he will greet students after school on a yearly route while the rear end of the van will be busy getting pictures printed for them.

Ouso’s photographs look like they have travelled through time. He uses a pre-digital, alternative printing process which begins with a big piece of watercolour paper onto which he adds photosensitive chemicals. After this, he puts a negative material which could be anything from store-bought butter paper to acetate sheets on top of it. This is printed as a positive image when it’s exposed to sunlight. And thanks to the UV rays, if the chemical substance had a shade of yellow in it, it becomes brown, anything black remains unexposed to the sun and anything white will remain exposed. ROAD READY: Ouso got a Matador ready for the project over 4 years

The project itself is titled Obscura DAC (digital to analogue image converter). “With DAC, the idea is a mobile DIY printing facility that travels around,” says Ouso, “Wherever it goes, people can come to it and use its facilities. The lab travels along with it. As we prepare for our first journey, the hope is that we can form a regular route that we can travel each year.” In time, he hopes to introduce student internships and volunteer programmes which will allow them to execute the journey on their own through various institutions.

READ ALSO: This photographer is conducting photoshoots with our furry friends. The result is pawsome!

He explains, “This is the magic of film and photography. When the final image emerges out of the water, those are the small joys that photographers don’t talk enough about. I’ve been doing this for many years. I have always been interested in these reproducible mediums like print making. Photography is the ultimate version of that. There was a moment when the digital medium was introduced to us some 30 years ago. I was quick to adapt to digital even when we were still being taught analogue techniques. I remember people telling me that it was just a passing fad. And then everything suddenly went digital. That’s when I saw the strength in analogue,” 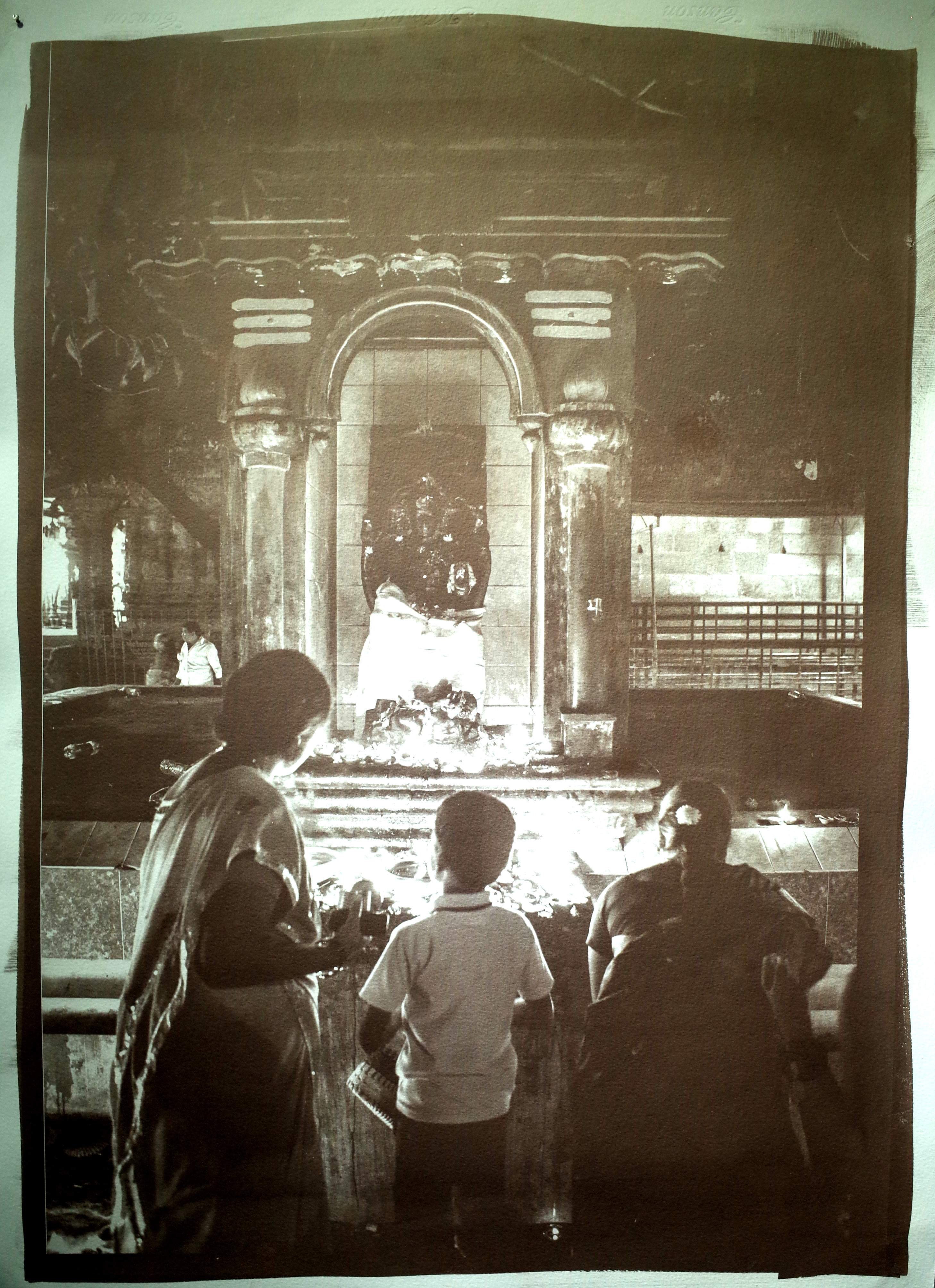 PICTURE PERFECT: Currently, they have introduced exhibitions and workshops

It was during the Dakar Biennale held in Senegal, South Africa, where the idea of a mobile studio first struck Ouso. The biennale was riddled with small pushcarts that had everything from food to art and he wanted to recreate that. Unable to get permission for a pushcart, he decided to go for a van. Obscura DAC was a one-man show with just the help of a few other people, so it took its time.

Somewhere along the way, Ouso realised that the van wasn’t necessary to get things started. The project was introduced on social media and soft launched at pop-up shops, exhibitions and a number of workshops. Currently, he’s working with public and private schools to introduce the van to their students. If Obscura DAC passes through your school, make sure to print yourself a picture from the past.