Kavya's quest: This 34-year-old is driving solo across India to network with native artisans and help popularise their work

Kavya Saxena is on a solo mission. For six months, she is travelling to six states of India to document the crafts that don't get enough attention. This is the purpose behind why she is doing it...

It wasn't an epiphany that dawned once upon a time or a calling she realised one fine day. For Kavya Saxena, travelling just was, is and always has been there. From trips with family when she was a child growing up in Jaipur to dedicating weekends to nondescript destinations while in Delhi, being on the move has been the only constant. So even when she decided to take a sabbatical from corporate life in September 2020, it seemed like a natural transition waiting to happen. But what has been a conscious choice by the 34-year-old is travelling to the countryside and reaching out to the very heartland of India. Why though? "Most people pick hills, beaches and such because they think rural travel is unsafe, unhygienic and inaccessible. I wish to break that myth," says the solo traveller.

Okay, but why does she choose to focus on arts and crafts while travelling? "I love handmade stuff, always have and always will. Maybe it's because I grew up around rangrez (traditional dyers). Crafts have always been my mainstay. Just like people document the landscape, food or the music, crafts became my medium," she explains. And if yaou have understood these two aspects of Kavya's purpose, you would have understood why, for her, life is a literal journey. Oh, and somewhere in 2014, motorsports happened to her too. From participating and winning the Royal Rajasthan Rally to being associated with Mercedes-Benz and Maruti Suzuki, there is a lot that she has done already. 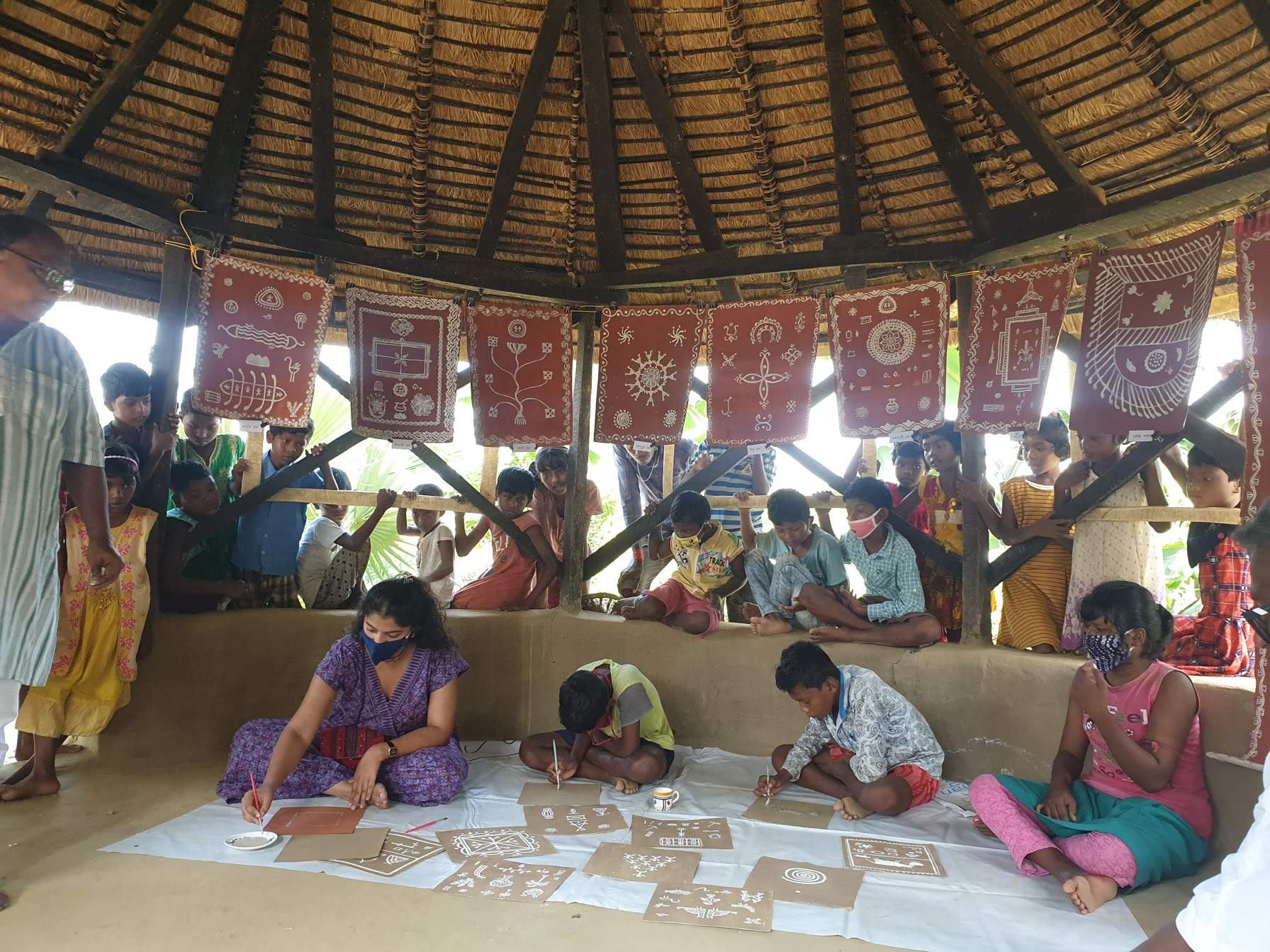 But what Kavya is up to now is perhaps the most exciting journey she has undertaken. The youngster is on a 180-day trip to six states that started from West Bengal, explored parts of the North East and currently is in Odisha. This is a completely self-funded trip barring the Mahindra Scorpio S11 she drives, which is an extension of support from the Mahindra Group themselves. Since September 2020 she has been on the road and oh, what a journey it has been and oh, what lessons she has learnt along the way.

From 2009 to 2013, Kavya used to have a blog where she used to document all her travels

Speak up about crafts!
One of the first things Kavya learnt was that the area where a particular craft is practised the most is often the same area which remains indifferent to it. She establishes her point by giving us the example of silver filigree jewellery that she purchased from Cuttack. And when she put up a picture on social media, it was the locals who inquired after it the most. Similarly, in Ziro Valley of Arunachal Pradesh, especially the interiors, every house has a loom to date. But how many of us know this? "If the locals don't support these and don't make them popular, how will the word spread?" she asks and adds, "I strongly feel that handmade crafts are one of the pillars of Indian culture." She was even enamoured by the kotpad textile of Odisha, with motifs like a cat's paw or tribal huts of the Kotpad village. See how India's rural artisans express their culture through their crafts? Another reason why we might be losing some of our art forms is the shame we feel while sporting it owing to the silly Western hangs-up that we have! Kavya gives us the example of the Apatani tribe from Ziro Valley. The women used to sport huge nose pins and tattoos, but when these women started moving out for education, even to Itanagar for example, they would be ridiculed for their appearance, so much so that the tattoos were banned to keep the discrimination at bay. "Which is why we need to talk about art, even body art, so much more. Imagine the scenario now, where young women don't even want to be inked. Where does that leave the culture?" she questions.

She has made two documentaries for the National Museum, New Delhi

It started with baby steps
The first step to journey to a place is basic research — and she did it by referring to research papers by design students of NID to find out which area is famous for which craft. Then, Kavya sets up a base in a village and explores it to the core, by doing things like definitely attending the weekend market where she builds most of her contacts. And then, she slowly explores the nearby villages as well. And that's how the cookie crumbles for this youngster who pursued her PGDM in HR from Loyola College, Chennai. "Right now, I am sitting on a goldmine of several contacts and I want to make this useful for others. Not just in the form of a sheet detailing which craft is found where and details of the artisan, but also a pictorial representation, an interactive map, that will make it much easier for travellers," says the seasoned traveller. These are the ideas she is mulling over. 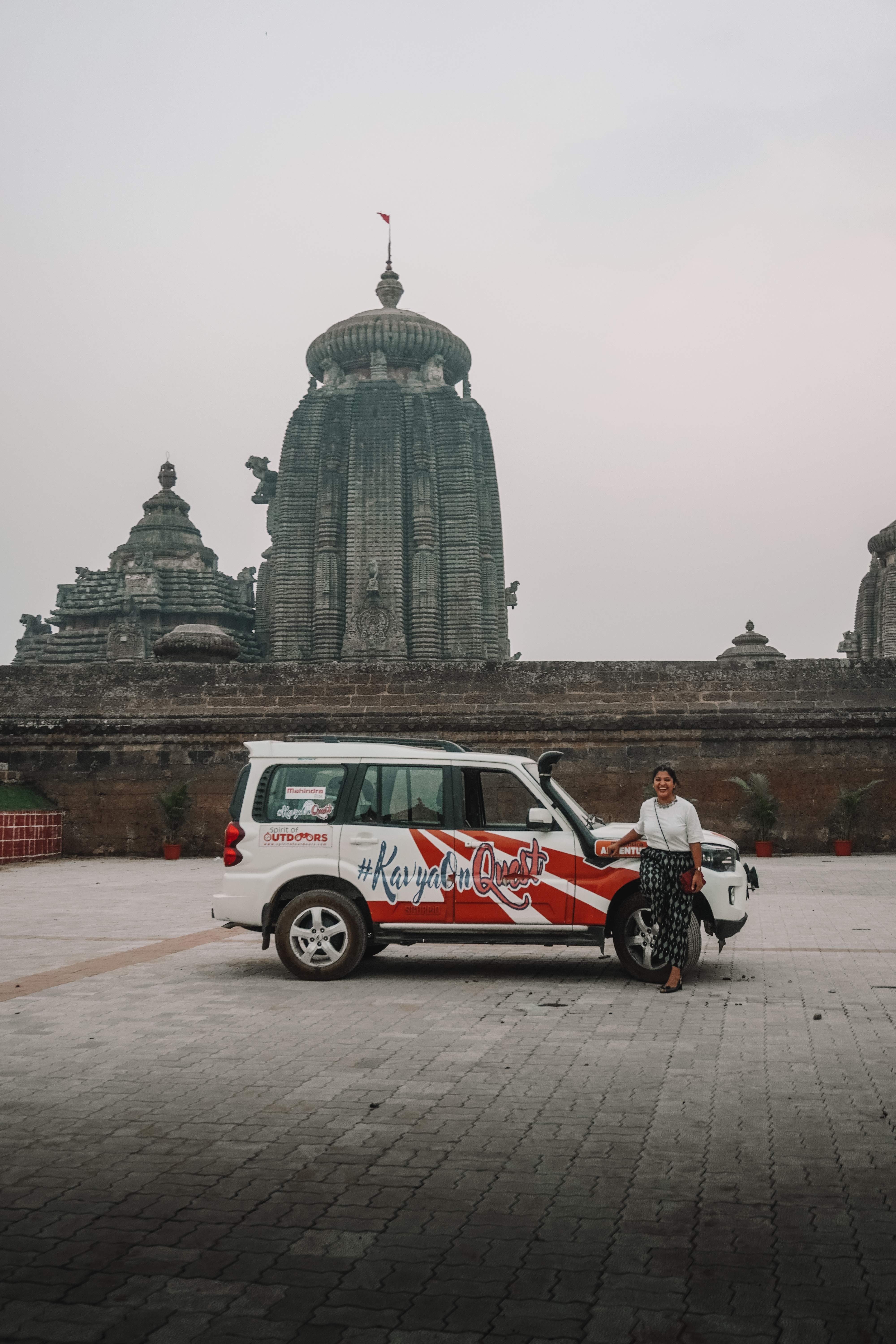 Also, to answer the question that's lingering on your mind, Kavya is completely comfortable travelling solo. "In fact, I have found that I am taken much more seriously, because they realise I have come from very far and on my own, so surely I must be up to something serious," she shares and chuckles. She has stayed in the huts of village leaders and artisans and they have all been warm and hospitable as if she was a long-lost relative. "And they just love posing for pictures," she admits jovially.

While visiting the Konyaks tribe of Nagaland, she lived in the village head's house and participated in a traditional community fishing. It is when the locals drop certain fruits in the lake 12 hours prior to fishing, which stun the fish and makes it easy for the tribals to catch them

When Kavya's A to Z crafts exploration project, where she was documenting the craft and the craftsman on Insta, was taken up by Amazon for the promotion of their Indian Karigar Program to support local craftsman during the lockdown, she saw a future where her plans would work out. And has strengthened her resolve to hit the road and keep moving.

READ ALSO: This Delhi youth's T-shirt is on a world tour and will be worn by influencers across continents to spread hope during COVID

Crafts you should know about
- Kansa work | Odisha: Bell metal or bronze, is known for being the healthiest metal to cook and eat in. Also, it makes for fab jewellery
- Tarkashi | Odisha: This is delicate filigree work which has been practised in Odisha for over seven centuries now, especially in Cuttack
- Thumma | Arunachal Pradesh: The Idu Mishmi tribe has been one of the most complicated loin loom weaves in the state
- Dhaniakhali Jamdani | West Bengal: These saris are known to have tighter weaves and are easily identified by their striped motifs
- Bankura horse | West Bengal: These are made of terracotta and produced in Panchmura. These horses are known for being tall and elegant

Helpful government schemes for artisans
- Dastkar Shashktikaran Yojana: Mobolising artisans into self-help groups (SHGs) and helping them
- Mega Cluster: Scaling up infrastructure and production of artisans
- Marketing Support and Services: For their products
- Research and development: So that they can do better
(Credit: bit.ly/3rsWtLJ)

For more on them, check out instagram.com/crazyfeetkavya