A team of art collectors, environmentalists and historians have teamed up to protect an ancient fort discovered in Fort Kochi

After discovering the remains of an ancient Portuguese fort in Fort Kochi, art collector Raigon Stanley and a group of experts have teamed together to protect it

In 2002, a young boy was walk along the Fort Kochi seashore when something caught his eye. He discovered a rectangular stone with colonial inscriptions which led him to the structural remains of an ancient gothic column (a base) near an old Chinese fishing net. Being just a student, taking any action to preserve it or learn more about it was beyond him. The next day, he went in search of it again but the colonial stone was missing. However, almost two decades later, he has rediscovered the column which, it turns out, happens to be part of India’s first European colonial fort.

The boy has grown up to become famed artist and licensed art collector Raigon Stanley who also dabbles in archaeological anthropology and art investigation from time to time. The 34-year-old says, "I was always fascinated by the ancient history of my hometown, Fort Kochi. I would search for blank spots on the map, looking for important relics and the material remains of past cultures in an attempt to discover it and show it to the public. I was an avid explorer of history and art. I had no doubt in my mind that I wanted to be an artist and an explorer." 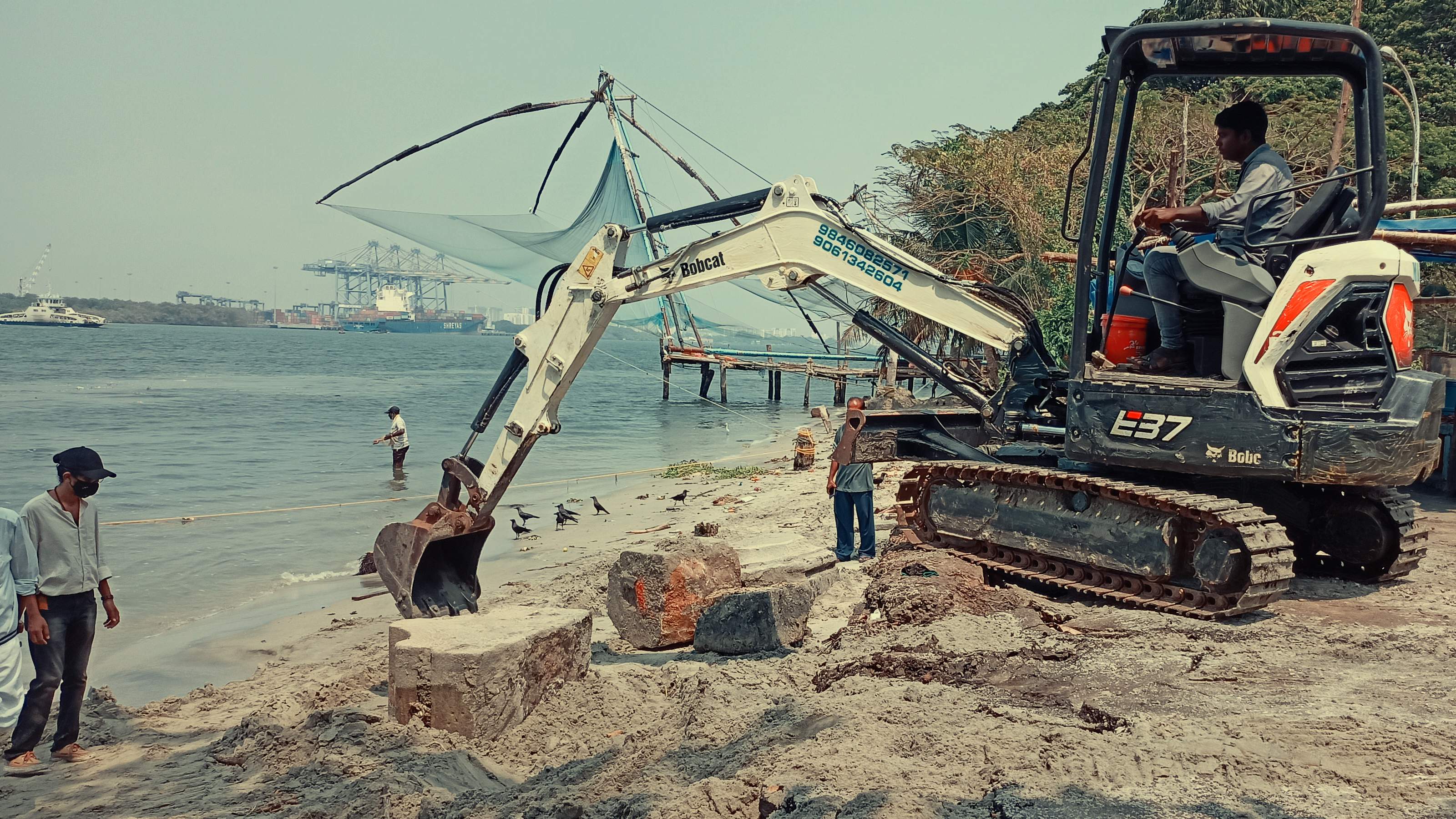 DIG DEEPER: Experts looking on as the excavation is under way

This fascination around ancient history has led him to a thousand stories about Fort Kochi. His voice drips with fascination as he recounts the tales ancestors have shared about the old forts, churches, cultures and the ghosts of the old town. Growing up, he remembers wishing for more information about the past outside of history books. He also noticed that some of the books told misleading stories about Kochi's history and without any physical evidence to back it up, it would easily lead to misinterpretations. To him, only a museum dedicated exclusively to this history could set things straight. So, he set up The Grey Book Museum and Archives in 2016.

The Grey Book is a small private museum that houses some of the most beautiful secrets and stories from ancient and contemporary Kochi. Licensed under the Archaeological Survey of India (ASI), it was built on the vision of bringing artifacts, archival photographs, negatives and old master prints that represent the history of Fort Kochi and Indic culture into public focus. It is situated within a 17th Century museum which, in itself, represents the charming medieval architecture that they represent. 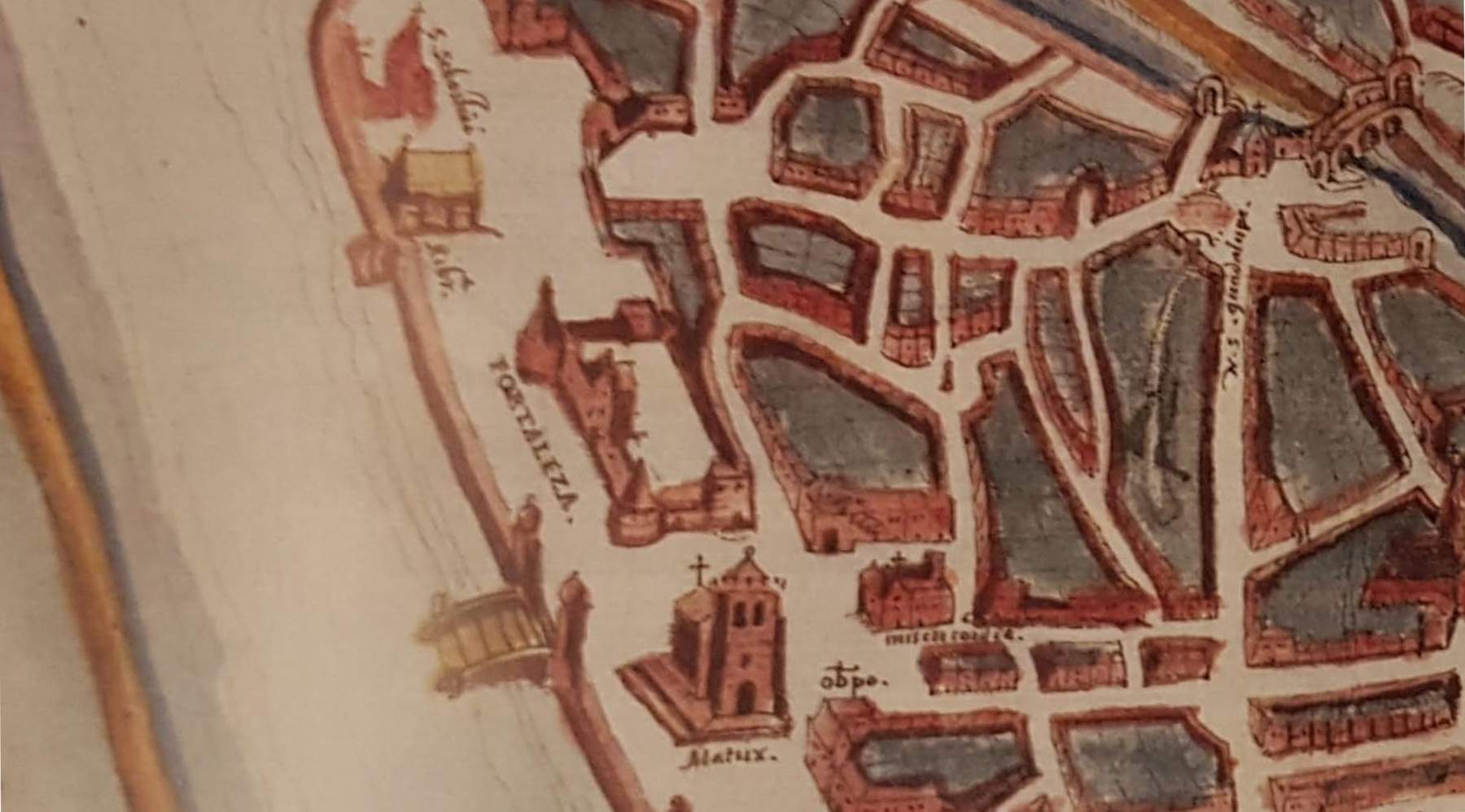 WAY FINDER: A medieval map of Cochin from Portuguese cartographer

To discover the structural remains of the colonial fort, Raigon had joined hands with historians, environmentalists, conservationists and researchers. The stone artifacts were the remains of Fort Emmanuel and the Santa Cruz Cathedral. Now, he is working with a ream of experts and scientists on a project to visually recreate the interiors of Santa Cruz Cathedral and Fort Gates. Mineralogists and restorers of medieval cathedrals have also joined the effort in an attempt to find the quarry of stones and techniques that were used to build it in the 1500s.

Raigon is now on a mission to preserve and protect the cultural heritage of the 'Forgotten Old City of Cochin'. He says, "People are very proud of their local history but don’t always express how much they value a place until it’s threatened. Kochi’s heritage buildings and monuments are vandalised in the name of art events, like graffiti on the ancient gunnery and other heritage buildings, and demolished by unethical development projects. After the colonial period, many important cultural artifacts were sold by antiques traders in Jew Town, nationally and internationally." HISTORY TALKS: Images of the new find inside the Indo-Portuguese Museum

He continues, "The biggest problem of all is simply human neglect, the failure to act when heritage is in danger. Regulations alone cannot preserve culture. Heritage buildings are often destroyed in Fort Kochi based on the argument that the land needs to be put to more productive economic use or must serve more important social needs. Yet, these arguments typically ignore the simple fact that heritage is an economic asset that, when properly managed, can deliver continuous streams of revenue."

"Fort Kochi’s history was misinterpreted by historians and looted by antiques traders in Jew Town," laments Raigon, "They simply wrote history without looking at proper evidence. Archaeological evidence is very important when you document history. It is deeply saddening to know that these important relics have been here for 500 years and nobody has shown any interest to preserve it. We've lost 95% of historical evidence because of this and what is left must be preserved very carefully for the next generation. I’m on a mission to protect these important historical sites for the sake of my homeland."