Have you ever caught a video on The Drama Flick? Trust us when we tell you that once you do, you just can't stay away. Meet the guys who are behind this awesome channel

Essentially, Lalit Raj Issardasani and Anadi Sharma are fun guys. So going by that logic, what they ideate should also be equally fun, right? Well, lucky for them, this logic actually works for the duo. We believe that this is why their brainchild The Drama Flick, the latest visual content creation platform on the block, is taking off well. Started by the duo in April 2020, one of their latest short videos Every Punjabi Song Ever has already raked in nearly 1.82 lakh views. What!

The duo, along with a team, participated in IIM Indore's cultural fest Athrav, specifically its short film contest, and won it in 2017 and again in 2018

Yes, the 24-year-olds started the platform when the lockdown left them with excessive time on their hands but no, that wasn't the only reason. "Both of us are storytellers and through our content, we wanted to make people laugh, cry, dance, sing and feel entertained," says Anadi, who was born in Jabalpur and brought up in Nagpur. Another trait that they share, and admire in each other, is their interest to go down the road not taken and do something unconventional. Both of these aims found their destination in creating content. But they are aware that content creation is a vast ocean with many big sharks and small fish already populating the waters. But in an effort to find their own spot, they have set two principles. Firstly, they will not restrict themselves to any format — vlogs, short films, series, everything works. Secondly, the eternal truth, content is king. 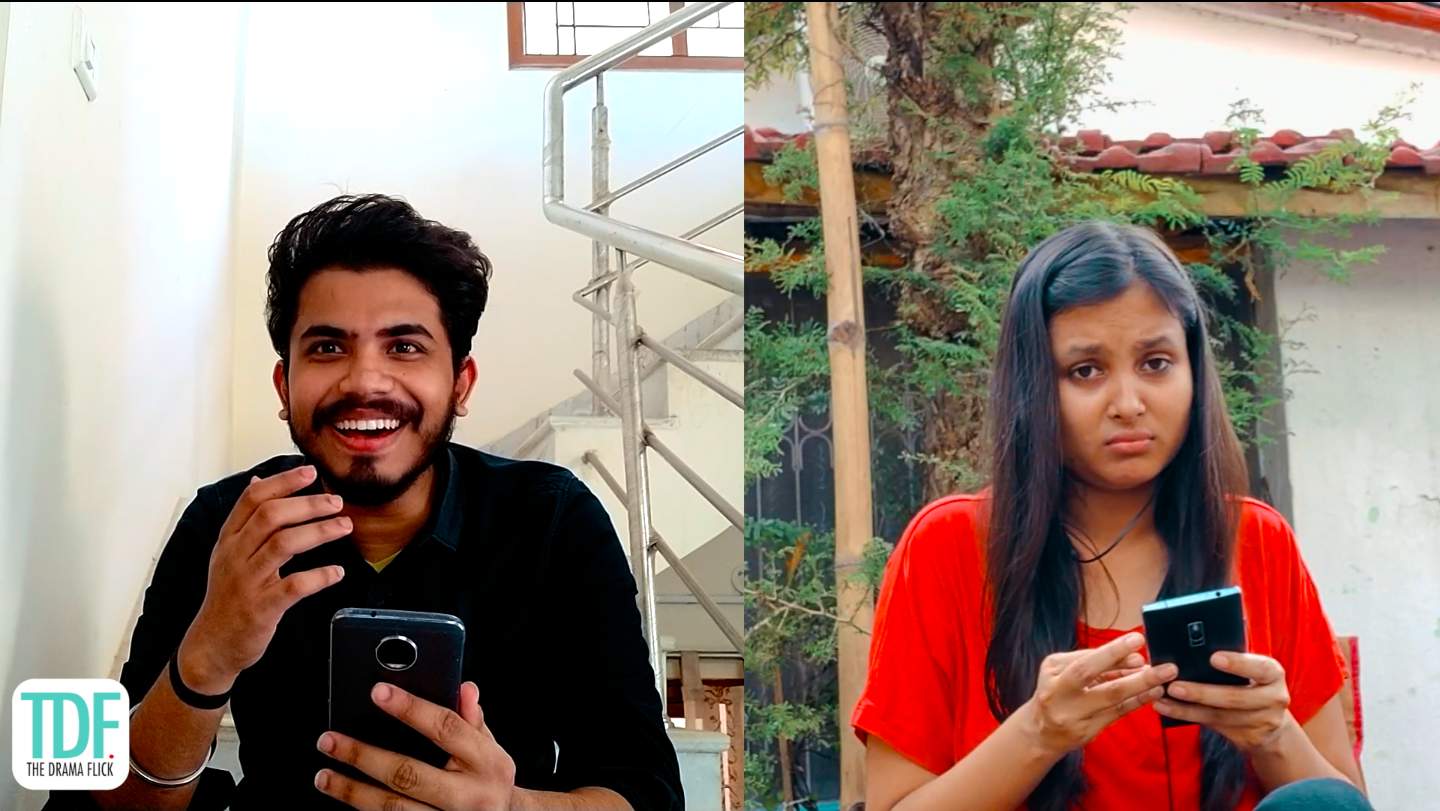 From one of their videos | (Pic: The Drama Flick)

The duo, both of whom pursued their MBA in Marketing from ICFAI Business School together, make a case for their USP using the example of their series titled Once Upon A Peth (peth meaning stomach in Hindi). "It's a food show that tells you about the history of the dish and the script is lyrical and unlike any other," they stress. "We also want to collaborate with others because there are so many talented people out there, maybe we can help each other out," says Lalit, who was born and brought up in Hyderabad. A special mention of their The Viral Video video (no, it's not a typo!) is in order, in which they relentlessly take a dig at themselves! It’s an absolute hoot!

It is Anadi who can be spotted in most of the videos, "That's because Lalit likes to order people around behind the camera," says Anadi and the duo shares an easy laugh. But this was particularly a challenge during the lockdown. "But all the actors we have so far in our latest videos are all our friends and not professional actors. And it was a wonderful experience working with them," describes Lalit. The duo has worked together at ICFAI's XpressionZ Theatre Society and travelled to various cities, along with a team, to showcase their plays, so they already know what the audience gets and what they don't. So they are making the most of it.

"Anadi has the most over-dramatic ideas, which really click," says Lalit, while Anadi offers, "Lalit has a way of looking at things in a new light"

Two shows are in the pre-production stage currently, one is a review video (and what they will be reviewing is the big mystery) while the other show brings on-board young and talented singers who will sing songs with a dramatic twist. Clearly, the drama never ends with them.

Their videos that were major hits

For more on them, check out instagram.com/thedramaflick/