PadCare Labs, founded in 2018, has already set up plants in a few locations across pune and a few across the country

India had started the conversation on women's health and menstrual hygiene over the past few years. We have had Bollywood actor Akshay Kumar appear before every movie to tell us how important it is for women to use sanitary napkins.

But what happens to the used napkins? It is generally incinerated which releases toxic gases or it ends up in a landfill where it takes around 800 years to decompose. This can have hazardous consequences. But it's not like there's no hope, Pune-based PadCare Labs have come up with a sanitary napkin disposal system called SanEco, that breaks down the pads into its basic components — cellulose and plastic — which can then be recycled into paper or used in plastic components. 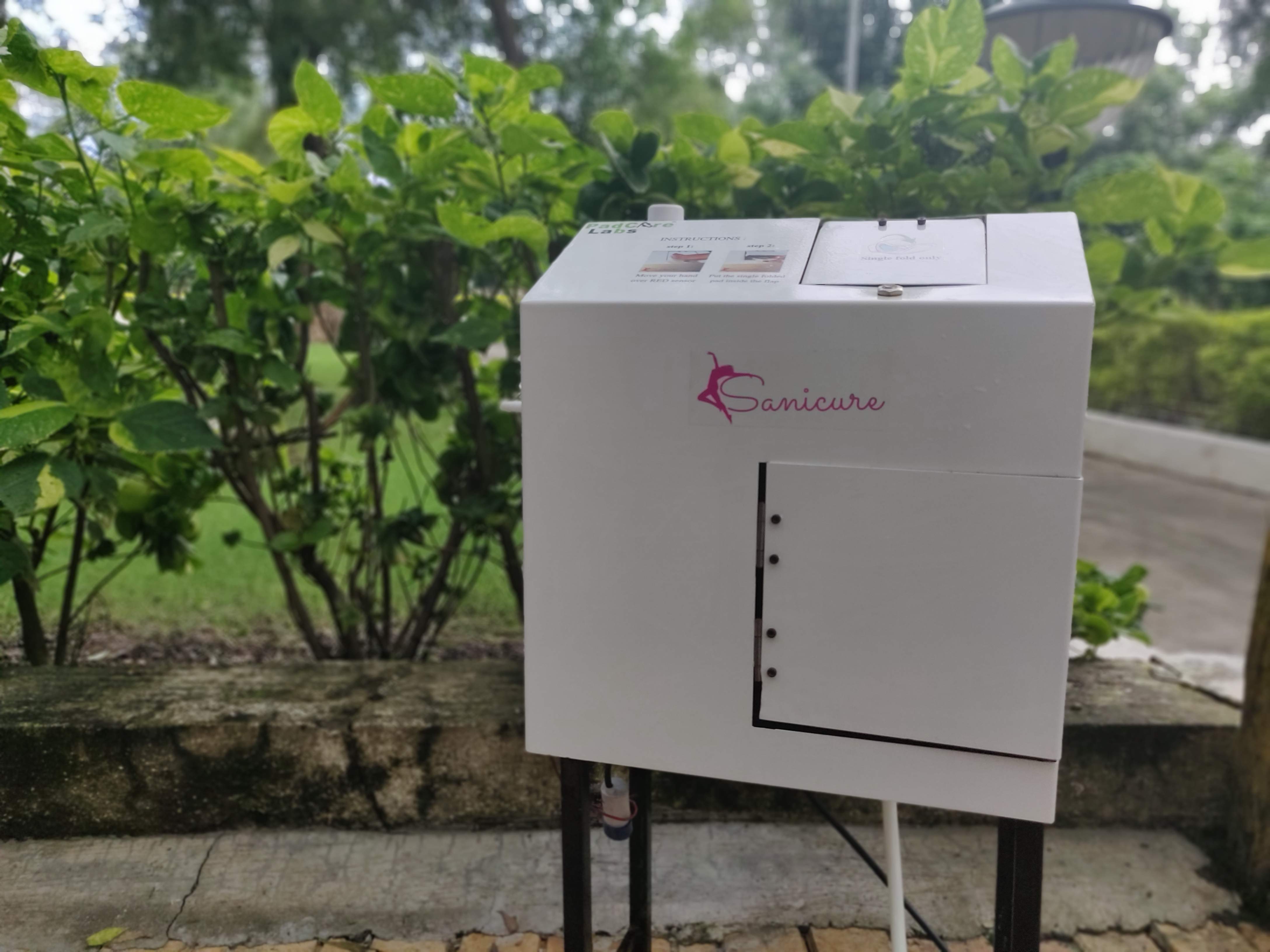 Ajinkya Dharia, a student of mechanical engineering from Shri Guru Gobind Singhji Institute, Pune, founded Pad Care Labs in 2018 after his paper on sanitary napkin disposal made it to the top ten when Biotechnology Industry Research Assistance Council (BIRAC) invited business ideas on the same issue. "I formed the team right after this and we started working on the project. We had first come up with the idea for a small device which would fit in your bathroom. We are still working on it but have concentrated on solutions for educational institutions and corporates for the time being," said Ajinkya. "We provide the institutions or offices with smaller bins which can hold around 30 pads. The contents are then transferred to a central processing unit where it is broken down, sterilised, deodorised and segregated into cellulose and plastic pellets. For smaller organisations we would offer to pick up the waste and bring it to the processing unit while for larger organisations it is feasible to set up a unit on-site," he added.

Although there is only around 30 per cent penetration of sanitary napkins in India it is a huge number almost close to 350 million women. Ajinkya says that most of these used sanitary napkins end up in the landfills. "Around 98 per cent of the sanitary napkin waste gets dumped into the landfills the rest goes through incineration at the temperature of of 800 degrees Celcius. The pads that end up in the landfills take up to to 800 years to decompose and during this time they generate around 300 kg of carbon. This is the environmental part of it but the major problem in India is that there are no provision of at-source disposal of the pads. Women often flush them down the toilet to avoid the taboo associated with menstruation," said Ajinkya. Even though the tech at the moment, is only for the big firms and institutions at the moment, Ajinkya and his young team are trying to bring the technology right to you washroom.