This micro artist from Khammam can carve just about anything on a pencil lead. Check it out

Uday Kumar Sangisetti is a  28-year-old micro artist from Khammam, who now lives in Hyderabad, gives his art full attention and this is what helps him along the way. His story is inspiring indeed!

Uday Kumar Sangisetti is an artist who doesn't just carve for a living, he has successfully carved his own path as well. With Rs 4,000 in his pocket, the 28-year-old bid farewell to his hometown of Khammam and his parents to make his way to Hyderabad to pursue his Master's in Electronics in 2013. When he realised that he is cut out for art and that, for him, master's holds no scope, he boldly dropped out. And until last year, he was working as a Data Science Engineer and he quit that job as well. Maybe Uday did not feel brave when he was taking these steps but it has made him what he is today — an ace micro artist. 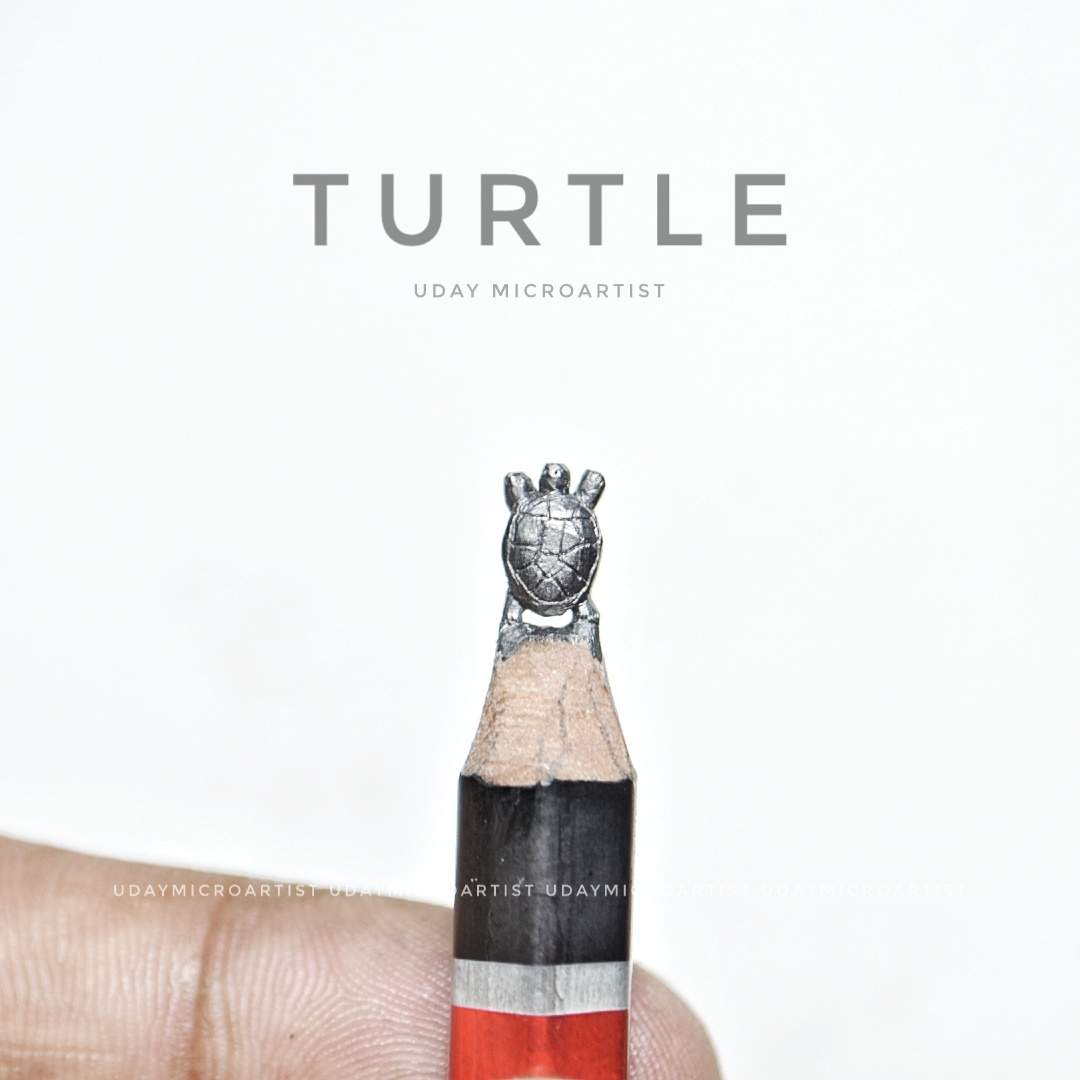 One of his works | (Pic: Uday Kumar Sangisetti)

Uday started carving on pencil leads in 2014 and was first inspired by an artist he spotted at NTR Gardens. "First, I started with portraits. Then when I wanted to gift something different to a friend on her birthday, I carved her initials on the lead of a pencil and she liked it very much!" says the artist. And this became the starting point of every accolade that was to follow. Like the Vajra World Record that he bagged for carving the name of the record on a 0.7 mm lead. Imagine that! Where does he get the patience from? Funnily enough, he tells us that his patience is directly proportionate to the amount of sleep he gets. "If I need to work for longer hours, I sleep more. The more my eyes and my body get the rest they need, the better I am able to carve," says the self-taught artist. He has even taken workshops at IIT Madras and NIT Trichy, apart from several online workshops. 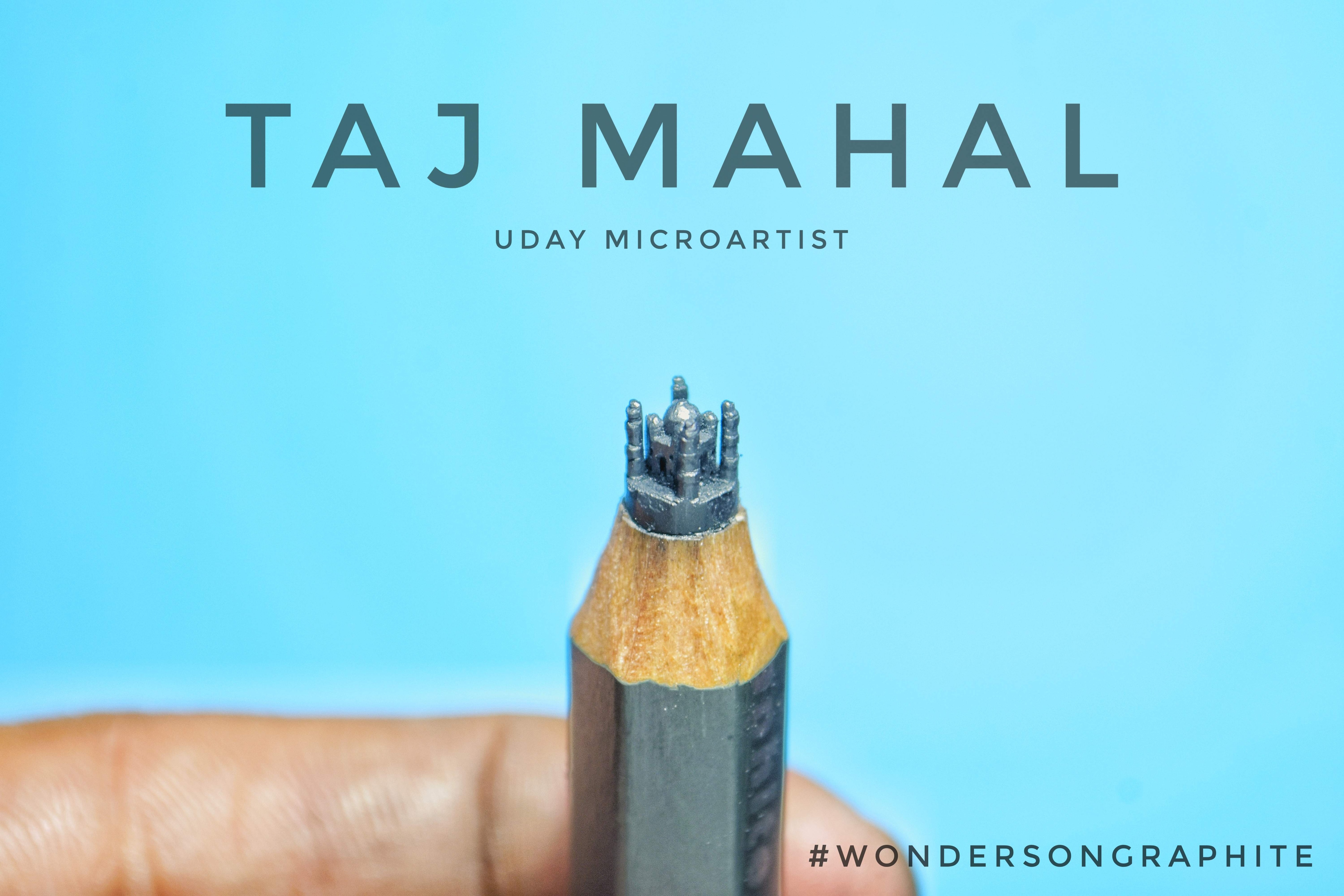 Just like a bird's trust is not on the branch it is perched on but its own wings, Uday doesn't have a standard go-to pencil he carves on. He has made every pencil lead his canvas including brands like Camlin, Apsara, Natraj, Faber-Castell and others. In fact, he's even started carving on colour pencils. The Pokémon character Pikachu carved out of the lead of a bright yellow colour pencil is too adorable to exist! Uday also takes up commissioned work and his prices start from Rs 1,500. His inspiration for extraordinarily intricate works surprisingly comes from everyday common occurring, which is very well reflected in his most recent works, like a turtle, plants and more. This TEDx speaker's most challenging work till date has been carving the Eiffel Tower and Taj Mahal. We wonder what he will be up to next. 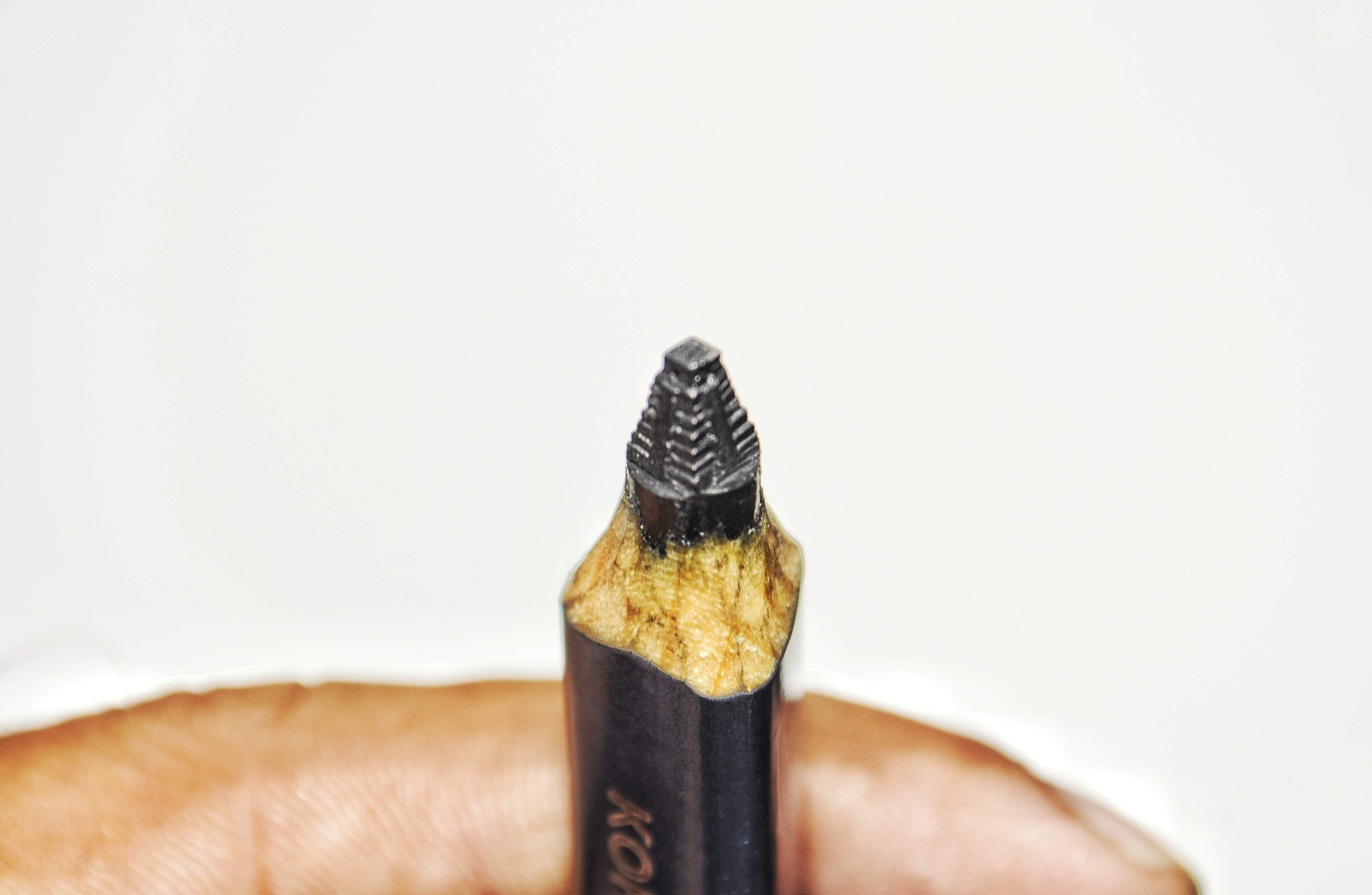 Another one of his carvings | (Pic: Uday Kumar Sangisetti)

Special recognition
- PV Sindhu: Uday carved a badminton shuttle and dedicated it to Sindhu who appreciated it
- Sukumar Bandreddi: The name of the director's latest movie Pushpa was carved on lead by Uday 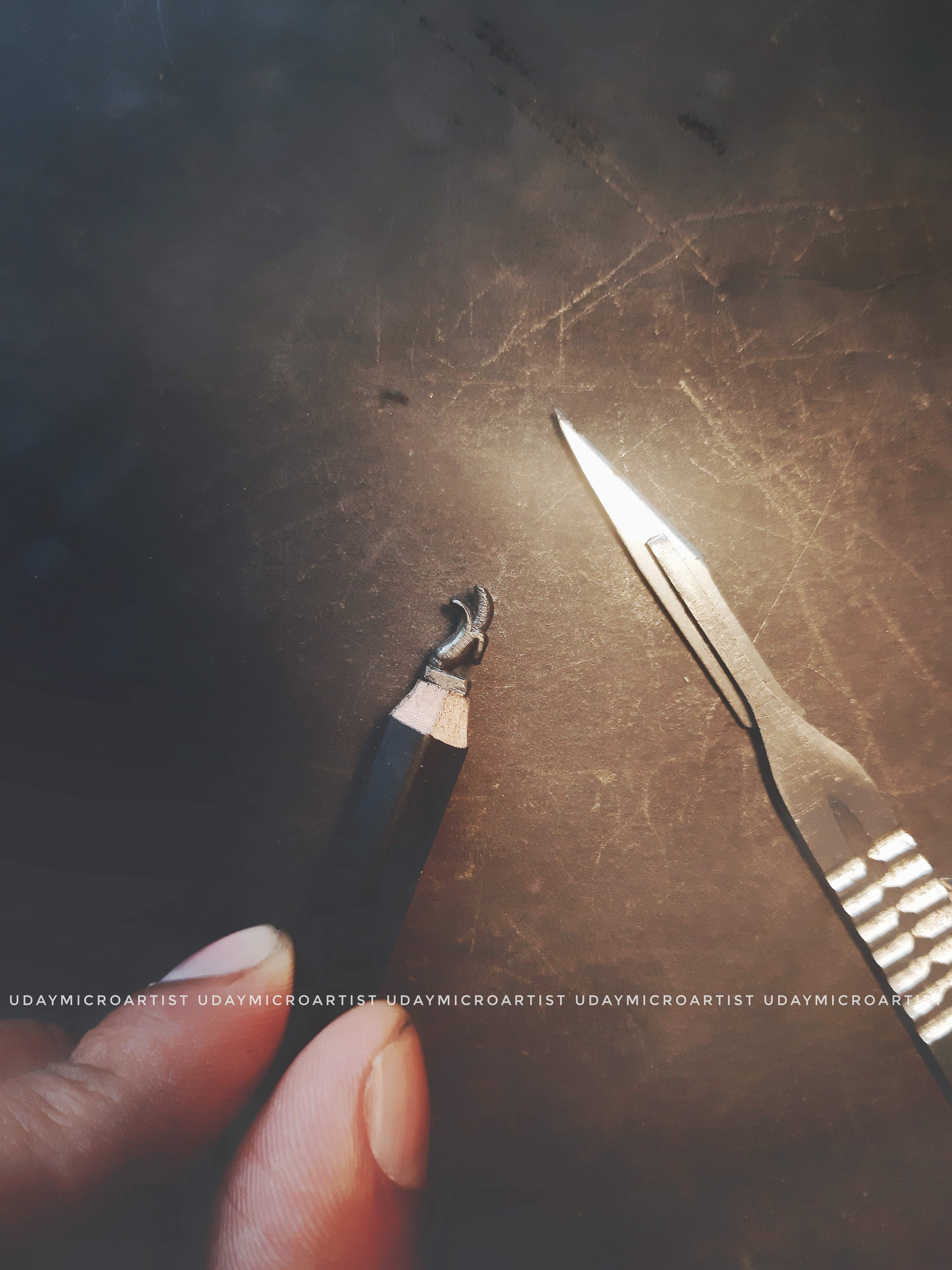 For more on him, check out udaymicroartist.com