Why can't we have a Zuckerberg in India? Prabhu Chawla asks students of École Globale International Girls' School

To be self-sufficient, India needs to innovate more said The New Indian Express' Editorial Director Prabhu Chawla while talking to the Principal and students of the École Globale International Girls' School, Dehradun in a live webinar, e-Expressions, on Monday. He also added that the students are the ones who have to take up the mantle of Prime Minister Modi's Vocal for Local call and innovate to produce our requirements in India.

India is dependent on imports for a lot of industries and the Vocal for Local campaign started because there were no imports happening at that time, said Chawla. "Our Indian system should start becoming self-reliant. The PM had earlier come up with Make in India but bureaucracy did not let it go forward. This slogan is great but this should be made implementable or it will stay just a slogan," said the veteran journalist. "The future generation, the students, would be the ones holding this mantle. It is a slogan for the future. It might not be implementable right away as we depend a lot on imports for everything but our food but if we have more innovation and keep our talented students in India, we will be able to be self-sufficient in the true sense of it. Why can't we have a Zuckerberg in India? If the West decides to cut India off from the internet do we have an alternative? The PM who is known for his online presence will also be helpless then. Why are more and more students leaving India for higher education? We should find a way to keep the brains in India rather than sending them off to foreign countries," he added answering a student, Hridita Chaudhary's question. The COVID-19 crisis has changed the priorities of not just individuals but nations too, said Principal Manija Subrahmanyam. But how have the priorities actually changed? "Coronavirus is something that has paralysed the world. How do we handle an invisible enemy which can attack at any time? Before the pandemic, your face was your identity, now the type of mask you wear identifies you. Silence in this world has become more important and it has made the world much more livable now. These are the side effects and we are changing our priorities are changing with that," said Chawla.

"All the science and technology and development could not do anything and people are dying on the roads. We were not prepared for the virus. But this has given us the opportunity to look into the future and see what could be possible. The problem is that we are looking at the present and not bothering about the future. I think the time has come that all of us think and prioritise the future — think how to not just change the present but the future as well. The future has to be better than today. The younger generation should always think about how they can upgrade their lives at every point along the way and your priorities will have to adapt. Indian culture has survived the longest — why not imbibe the good things from that?" he asked.

Education is the science of learning something and it is always changing and adapting, said Prabhu Chawla while answering Mahek Agarwal's question on the changes that the education sector has gone through in the past few months. "Education is dynamic — it's not just the classes and the curriculum, it happens all the time. This is the time to acquire skills and learn something that you wouldn't have otherwise. This is the time to learn about the rich heritage that India has — expand your mind from a well to an ocean. Grab as much knowledge as you can," he said. 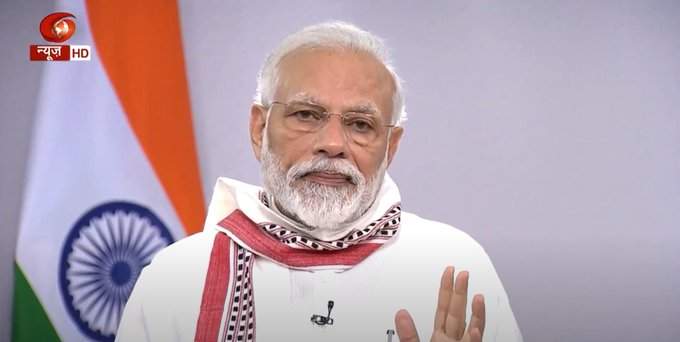 Reflecting the digital push we have all received, he said, "Being online is a part of life now. Going forward, we will have more online education options. You might not be able to do lab work at home but there can be protocols to do that online or even if it is offline students can come to school once a week. But the best thing about online education is that you can study anytime whenever you feel like. But this might also drive a wider wedge between the rich and the poor — PM Modi must take cognizance and help skill the people who can not afford a smartphone or the latest tech."

Talking to the students about the labour law changes and its effects on the socio-economic structure, Chawla said that he feels that there should be a reward and punish technique that we can follow. "It is in the interest of labour to have a system that rewards good productivity. The current system has no option to earn more than what they are getting — no rewards. This is the flaw. At the same time, there should be punished for not working. I am not saying that the government has done this from the goodness of their heart. The industry pressurised them and told them that only if they change the labour laws, they will set up industries in those states and that is wrong. If the motivation is to exploit the labour then the change is not welcome but there should be a merit-based system," he said, answering twelfth grader Yanvee Kalyani's question on labour laws and whether this was the right time to change them.

Answering Pranjal Wason's question about depression during the times of crisis, Chawla added that a lot of it is triggered by the numbers that we see on the TV every day. "I do not think this is just because of Corona. But the inflated figures are adding to it. The problem to start with is with the numbers you see on your TV screen and newspaper every morning. But that number includes the people who have recovered. This only spreads panic. People should keep a tab on their children and other family members and not let them be alone. There are pressures — financial and social — that are increasing and that might have led to some suicides. But you should try to stay positive and do something productive during the lockdown," he added.