Educating Kerala's most vulnerable: How the state's e-learning initiatives are on a mission to ensure accessibility to tribals and migrants

Remember the good old days? When you forced yourself to sleep early on the last day of summer vacation and woke up just in time to catch the first burst of monsoon showers from the foggy window of your school bus? Going back to school was an experience of its own — you would find a brand new set of teachers, classmates and even textbooks waiting for you on the desk you would be spending the rest of the year scribbling on. This June, the desks and the piles of books sit gaining dust in locked cupboards as students and teachers are restrained to their houses. How will Kerala reimagine the classroom experience as it wards off a pandemic that no education could have prepared us for? We take a look.

"COVID was unexpected," says K Anvar Sadath, CEO of Kerala Infrastructure and Technology for Education (KITE), "Before it hit, we had a clear plan for incorporating technology into our curriculum. The idea was to introduce high-tech classes for students from classes VII to XII. There was a serious plan to introduce broadband internet in every school. We prepared primary tech labs and trained teachers on how to use new technology." But alas, life had a different plan for them.

On March 15, when the spread of the virus settled in as a reality, children were strictly told to stay at home. During this time, teachers were undergoing intense training sessions to adapt to the new normal. Five days of the training was devoted to the Enjoy Enhance Empower (E Cubed) Programme which trained teachers in online learning. 82,000 teachers passed on March 18, 19 and 20. By this time, a total lockdown was declared across the country. Since students were already safely at home, thanks to the summer holidays, this was when the education department first dipped their feet into the virtual learning world with a programme called Avadhikkalasanthosham (Vacation Fun), which promoted edutainment programmes for students with a few activities that they could do at home. 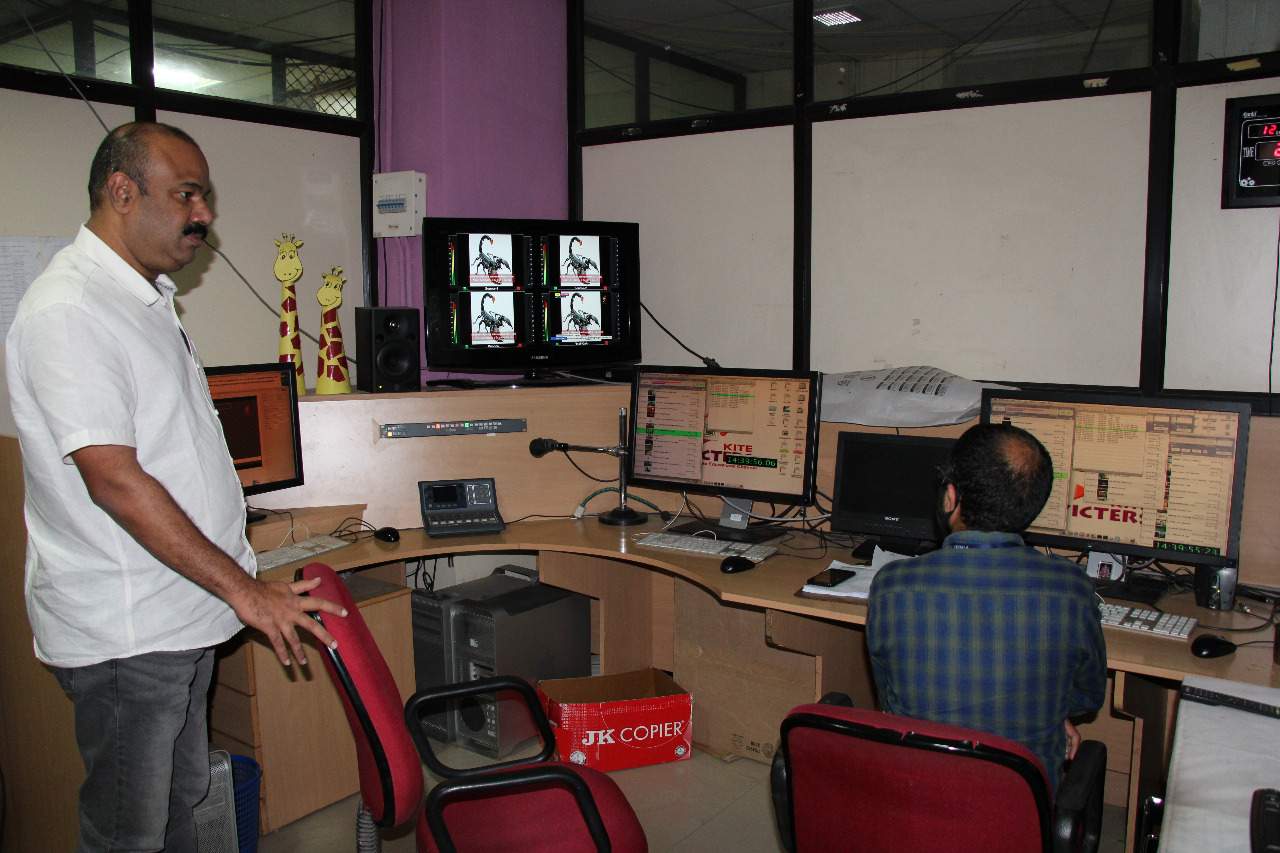 VICTORY MARCH: The programme was introduced on KITE VICTERS

Preparing for the pandemic
On June 1, the state government's official online and broadcast-based classes were introduced under the name First Bell. "On May 23, we began working out a strategy," recalls Sadath, "When we thought about all the possible ways we could reach students when they can't come to school, we came to the conclusion that it is the broadcast medium that has the most reach. The internet is not available to everyone. Net-based will not work for everyone. We decided to broadcast this on our VICTERS Channel and on the online learning platform, Samagra. A little time is enough, at least half an hour per day. And the classes also offer a few tips on what students can do for the rest of the day. This is a thoroughly blended programme."

In addition to the classes on TV, teachers support their students. A class teacher, who may have around 30-35 students, can continuously mentor their students through the Sahitham portal which helps them track the social and academic backgrounds of a student and bridge the gap. They decided to use the same model. Sadath continues, "We made note of how many children were not able to access these platforms either. From the very beginning, we have been clear about the fact that this not an alternative to  school. This is to help students fill that gap before entering the academic year. The government has also issued an order that assures that not a single student will be left out from this programme.

To ensure this promise, every public organisation like the Kudumbashree, NSS, Local Self Government, PTA associations and NGOs have been mobilised to ensure that technology reaches the home of every student. In schools, 1.2 lakh laptops, 17,000 projectors, 4,500 television sets are available that are offered up to those who need it. The state has also introduced schemes to distribute TVs, laptops and other gadgets to people's homes.

CLASS ACT: The classes are also available for offline use

The digital divide
Despite the planning, the digital divide reared its ugly head in many parts of Kerala, especially tribal areas where electricity and internet connections are unheard of. A few teachers began personally visiting the homes of those who were in most need of support. "Nothing exclusive is a part of the curriculum that has been developed," says Arooja MV, an English teacher who is a part of the First Bell programme. "I don't think that there are many dropouts. Most of the children we have identified have been able to access this programme. Even if there are more students who cannot access it, teachers have been directed to go to their houses with the downloaded videos on our laptops to help them."

She continues, "Even though we are recording these videos without the children in front of us, we envision their responses with each and every word that we say in these videos. With our experience, we know what to expect from the average student. We wrote the scripts for these classes using the knowledge that we have about exactly what children need. Over time, it became more interactive because we got feedback from the children and their parents. The biggest challenge was to keep it crisp. In a real classroom, it would be very difficult to wind up these classes in 30 minutes, with all the conversations that we end up having." 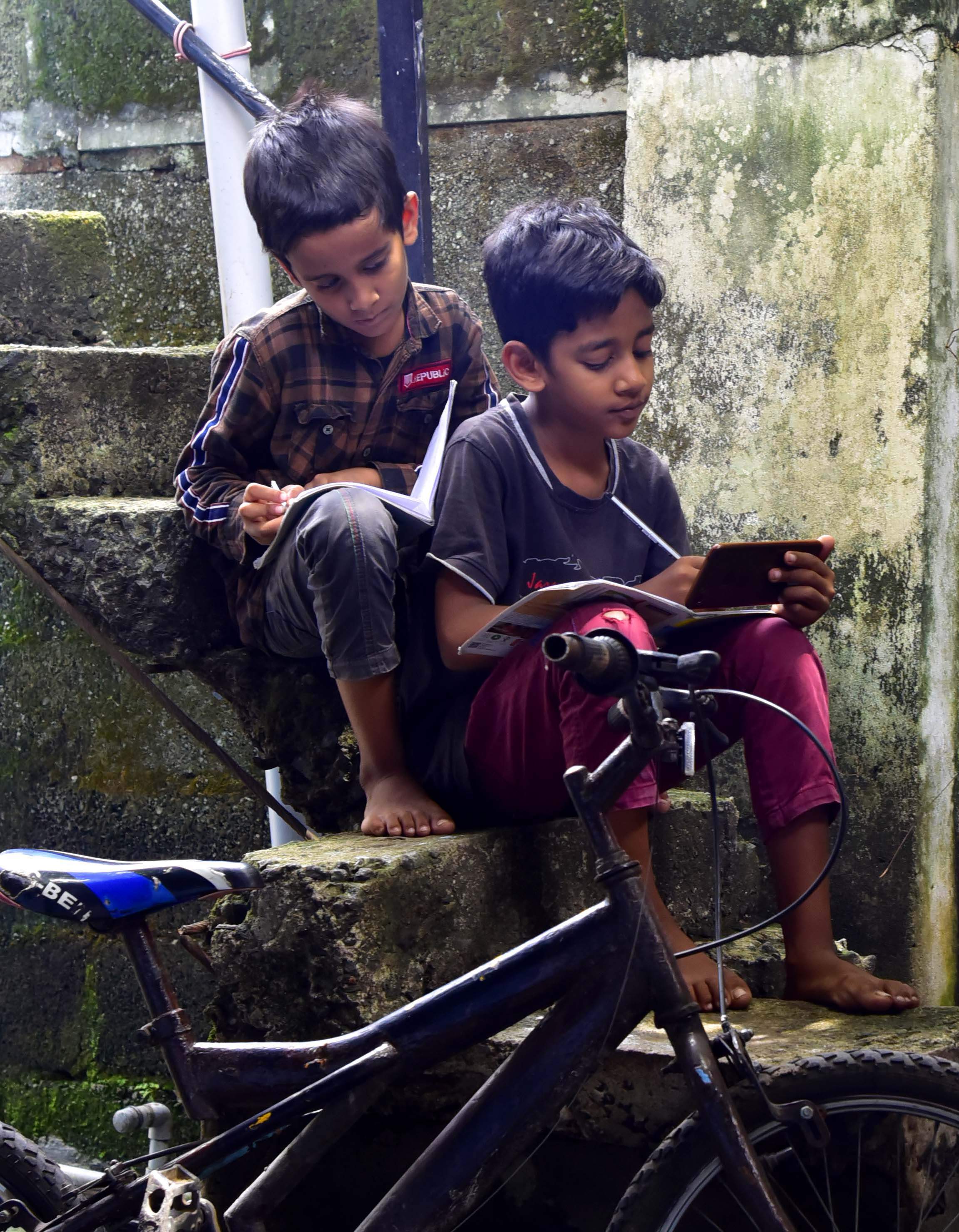 IN THE LIGHT: The Roshni programme has been extended to all districts

Speaking the right language
Set up in 2015, Ernakulam district's Roshni Project has been a game changing addition in educating the children of migrant labourers. In January 29, 2020, the Governor of Kerala Arif Mohammed Khan announced that the scheme would be extended across all districts in the state. Although the spread of the virus has put a dampener on their plans, Roshni is setting new milestones by playing an important part in bringing virtual classes into the homes of those migrant labourers who continue to stay in the state.

Academic Coordinator of the programme, Jayasree Kulakunnath, says, "90 per cent of the parents and children who were a part of Roshni have stayed back here. Right now, there are around 1,000 students who have been brought under the virtual education programme. This time, we got special permission from the government to train our volunteers along with the teachers to mentor the children who come under Roshni." Their work is done in association with the various schools that these students attend. Teachers from the designated institutions have formed WhatsApp groups through which they have arranged for the students to attend the classes from their homes. ON TRACK: The programme has been divided among four regions

The Roshni team tracks the progress of the students daily. The programme has been divided among four regions where special coordinators have been assigned. During the first week of the First Bell programme, they were able to monitor as to who was able to attend the classes using their mobile phones and identified those students who were facing issues in accessing the classes.

Jayasree explains the process, "For those who have no access, just like in other schools, we have created centres where the students can watch the classes. These have been arranged in partnership with the schools and the panchayat. If nothing works, we go to the children's homes. In Perumbavoor, we even took the classes to a factory where the students were living in the quarters where their parents worked. Through the first few weeks of tracking, we have understood those areas where children need additional support. And the beautiful thing is that there is a lot of work coming in from the students. Parents text us on WhatsApp with videos of their children's progress!"

And what about the next big barrier: Language? The modules introduced in the First Bell programme have been adapted by the Roshni team to fit the needs of these students who speak a different mother tongue. They have also set up resource groups where students and teachers can share and clear their doubts and concerns directly. She says, "When it comes to new students in the first standard, we take Malayalam modules and translate it into their mother tongues. We also interact with them because listening to 30 minutes of lessons might get tiresome. We send these through WhatsApp to maximise interaction."

POWER UP: Children in many tribal communities had no access to technology

Powering the forests
How do virtual classes reach places where the technology that needs to support them is virtually unheard of? Around 19,671 students in Adivasi colonies and coastal regions do not have access to a television or the internet. After First Bell was introduced, the largest criticism it has faced is that the platform divides students along digital lines. As an important step in bridging this gap, Samagra Shiksha Kerala (SSK) has introduced the Own Online project to reach students in these areas.

KV Venugopalan, an SSK representative in Malappuram, was on his way back from organising an online class in a tribal colony when he hurriedly answered my call. He says, “The number of tribal students are highest in areas like Nilambur and Areekode. In the colony we just visited, there was no current or cable connection. We had to go to a nearby school, download the classes manually on the laptops available there and take it back to show the children in the colony.” 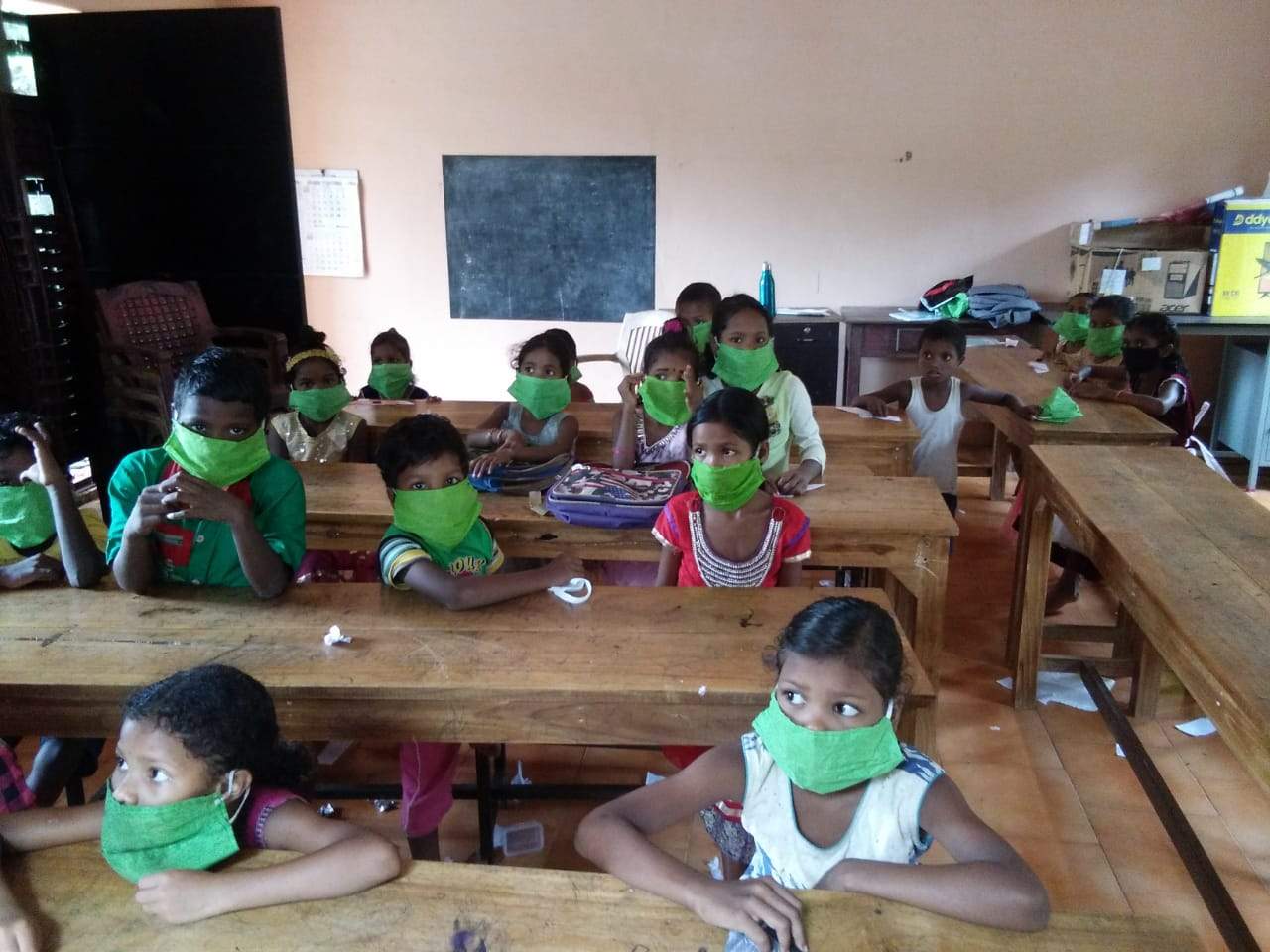 Venugopalan is currently working towards sponsoring a television set to the colony he had worked with. Each colony has a volunteer and teacher who work to reach out and support the community members. As a safety precaution, the students do not attend classes at the same time, they can come individually or in small groups. At the same time, the SSK is are also working with the KSEB to bring electricity connections to the homes in the areas which are yet to be powered.

He adds, “In the same way, we are trying to reach every single colony in the state. Even among them, there are a few colonies that are hidden deeper in the forests. In some of these areas, the attacks of wild elephants are a huge fear. It is not practical to attend classes on a daily basis in such areas. In these cases, we take the laptops to the students.” Slowly but surely, these laptops and tablets are adding a little bit of light to these homes that are still steeped in darkness.