Alexa, can you handle a class? How Amazon's Assistant is teaching kids in 40 schools in rural Chhattisgarh

Alexa, how many teeth does a crocodile have?

This is one of the first questions the kids from Lohandiguda in Bastar district of Chattisgarh asked Amazon's now-ubiquitous virtual assistant. Kids are eternally curious and it is a task too daunting for a teacher or parents to quench that thirst of knowledge. Alexa, on the other hand, does not get tired of questions. India has been talking about a digital transformation ever since Prime Minister Narendra Modi came to power in 2014 but in most cases, it is restricted to just a few computers, or if they're lucky, a smartboard.

But the village of Lohandiguda has a different story to tell.

Forty schools in this tribal belt, frequently in the news for Naxal incursions, are using Alexa to teach kids.

The device in itself is revolutionary for the kids of the region who have never seen a device that talks back to them and can tell them anything they want to know. "I feel comfortable asking questions to Alexa. I am more comfortable with Alexa than I am with my teachers — she is more like a friend whom you can ask anything you want and she will answer," said Aditi Thakur, a student of Class VIII. "We ask general knowledge questions as well as about what we are taught in class. Whatever I want, I can ask her without thinking twice," added Aditi, who wants to be a scientist when she grows up.

But how did a remote tribal area in Bastar get access to Alexa? It all started when Chandrashekhar Yadav, Lohandiguda’s Block Education Officer got an Alexa-enabled Echo device as a gift. "He took it to one school and showed it to the kids and they were awestruck," said Chief Executive Officer (CEO) of Lohandiguda, Abinash Mishra. "Next, we exhibited Alexa at a local fair during a festival and were amazed by how much the adults were interested in the device. The MLA and other local functionaries asked the device about Chhattisgarh and were impressed by its prompt reply. We instantly decided to use it in schools," said the young administrator who is part of the 2018 IAS cadre after completing his engineering degree from IIT Kharagpur. 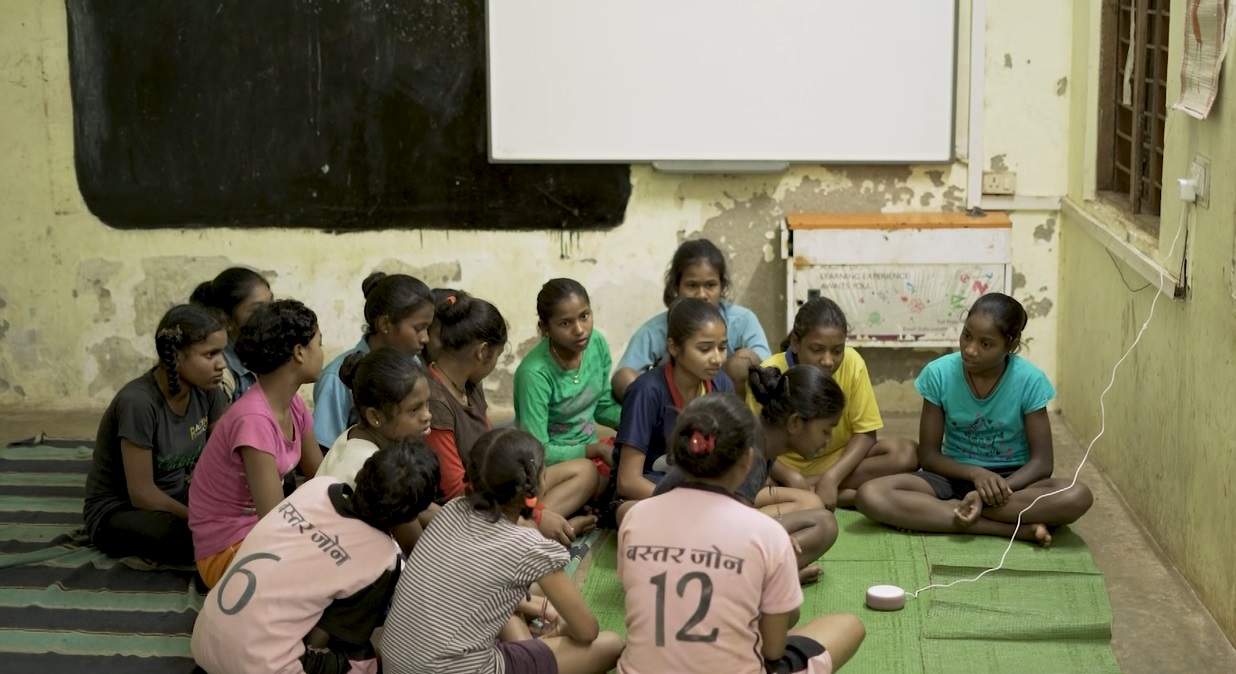 The kids in the area, in general, are shy and are not socially active. They hesitate before asking a question or even going up to a kid who is from a different region, said Shyam Pandey, the Cluster Academic Coordinator. "The confidence in these kids have increased exponentially. Alexa also keeps them interested in their studies — students who could not come to school regularly are there every day now. That's a huge thing because I know what adversities they have to go through to even travel to school. We give them some time alone with the device — they ask questions, play songs, dance to it and have a blast. School is no more a place that they dread but where they want to come to," said Pandey. "Alexa has also boosted our intake — even though the admissions did not start yet, more and more parents are willing to admit their kids to school and the students to want to come and see what this amazing talking device is," he added.

The kids do not have to restrict themselves to ask anything they want or bother if it's silly. "We can ask her anything — Why is there day and night? Why do we sweat when it shot outside? — and Alexa obliges," said Mrinali Nag, another Class VIII student. But the kids are not the only ones who get their doubts cleared. "We have a staggering problem of teacher shortage here, especially for English and Science subjects. So teachers have to substitute. And there are times when they might not know the answer to a question right away. Alexa comes in here. Now they do not have to ruffle through pages or even search the internet — they ask her," said Amit Awasthi, who also works for the Education Department and looks after teacher training. "Alexa has become the latest teaching-learning material. "We have trained the teachers to make them understand how it works and also connected the device to their phone. They have adopted the technological change with open arms," said Awasthi. 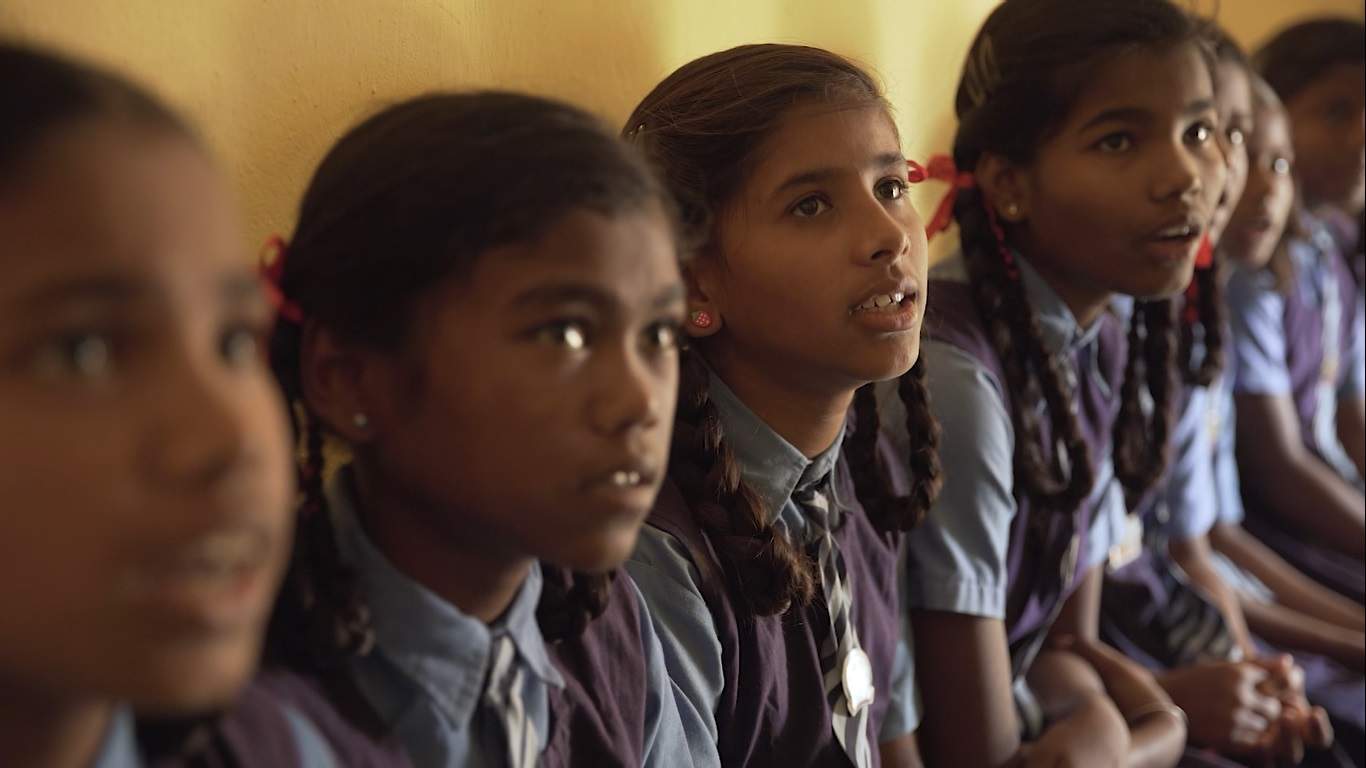 But aren't elder teachers apprehensive of the change? Most officers trying to use a computer in government offices have ingrained the thought in us that the previous generation is scared of tech — well, they are not, says Mishra. "There are two ways to deal with every managerial issue — with love or by inducing fear. Love works better. I was lucky that a group of technocrat teachers and staff. It definitely made things easy. We expanded from one to 40 schools and then the COVID-19 pandemic spread," said Mishra. They are still working towards spreading the network but as of now the classes are online and materials are being distributed on WhatsApp. "Internet is a vital issue and we want to solve this problem and have been in talks with various network providers," said the CEO. The teachers are also researching about the state to input more info about Chhattisgarh on the cloud storage so that Alexa can use those for better answers.