This Hyderabad photographer is just back from shooting the farmers' protests in Delhi. This is what he found

The real India resides in its villages. If we could get a rupee for every time we hear this, pandemic-induced salary cuts wouldn't hurt so bad. Jokes aside, we have lent our ears to this phrase enough

Two years and one day — that's how long Harsha Vadlamani stayed in his corporate job before he decided that it's humanities and journalism that has his heart. "I saw what happened to my friends who stayed on, life caught up with them," says Harsha who discovered his love for photography thanks to his Sony Ericsson K750I mobile phone and went on to pursue his Master's in Journalism from Osmania University, Hyderabad after quitting his job in 2008. 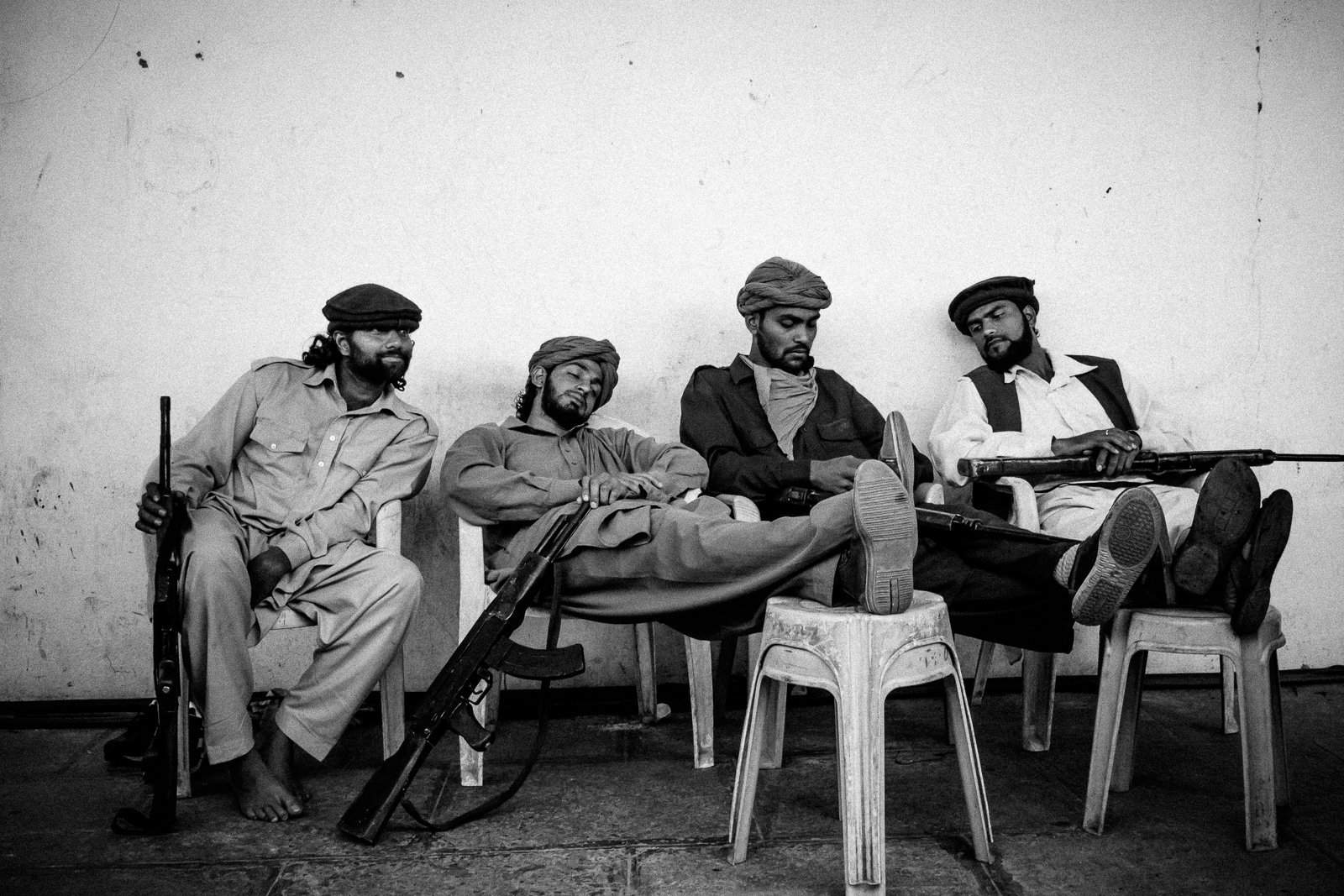 Junior artistes acting as Taliban fighters in a movie that is partly based in Pakistan at Ramoji Film City, Hyderabad, India. Taken in 2012 | (Pic: Harsha Vadlamani)

But the 35-year-old’s story goes back to the times when his bank officer father would, by choice, choose to work in small towns rather than big cities. "I would cycle around aimlessly and talk to people. Looking back, I am so grateful that half of my life wasn't spent in traffic," laughs Harsha as he shares that now, he shuttles between Hyderabad and Bengaluru. Since the apple doesn't fall far from the tree, Harsha started picking themes that would take him to rural areas. "So much of our journalism is urban-centric,  but the parts that go unreported fascinate me. That's why I deliberately take on long projects that span years," says the photographer who calls his style of approach 'unhurried'.

Talking about projects, Harsha came back from Punjab just last week where he was capturing the farmers' protest. This is not the first time he has been to the Land of Five Rivers. Earlier, he had been there for his project After The Green Revolution and the protests too are a part of this ongoing project. "Punjab is one of the only states which has seen consistent money in agriculture. But now, the land is literally on steroids — nothing grows without chemical fertilizers and pesticides which comes with its own health concerns," he says referring to the Cancer Train that runs between Bathinda and Bikaner. Whenever he has gone to Punjab, back in 2017 or now, people have fed and cared for him like family. But today, the farmers are angry, having been called khalistanis, terrorists, naxals and what not. "Punjab has been feeding the nation, though it's cliched it is true. And this they do at the cost of their own health," he says. "The protest music at the Punjab farmers' protests reminded me starkly of the protest music during the Telangana Agitation Movement and brought tears to my eyes. Before this, it was for the Telangana agitation that a whole state had made themselves heard like this," he shares nostalgically. 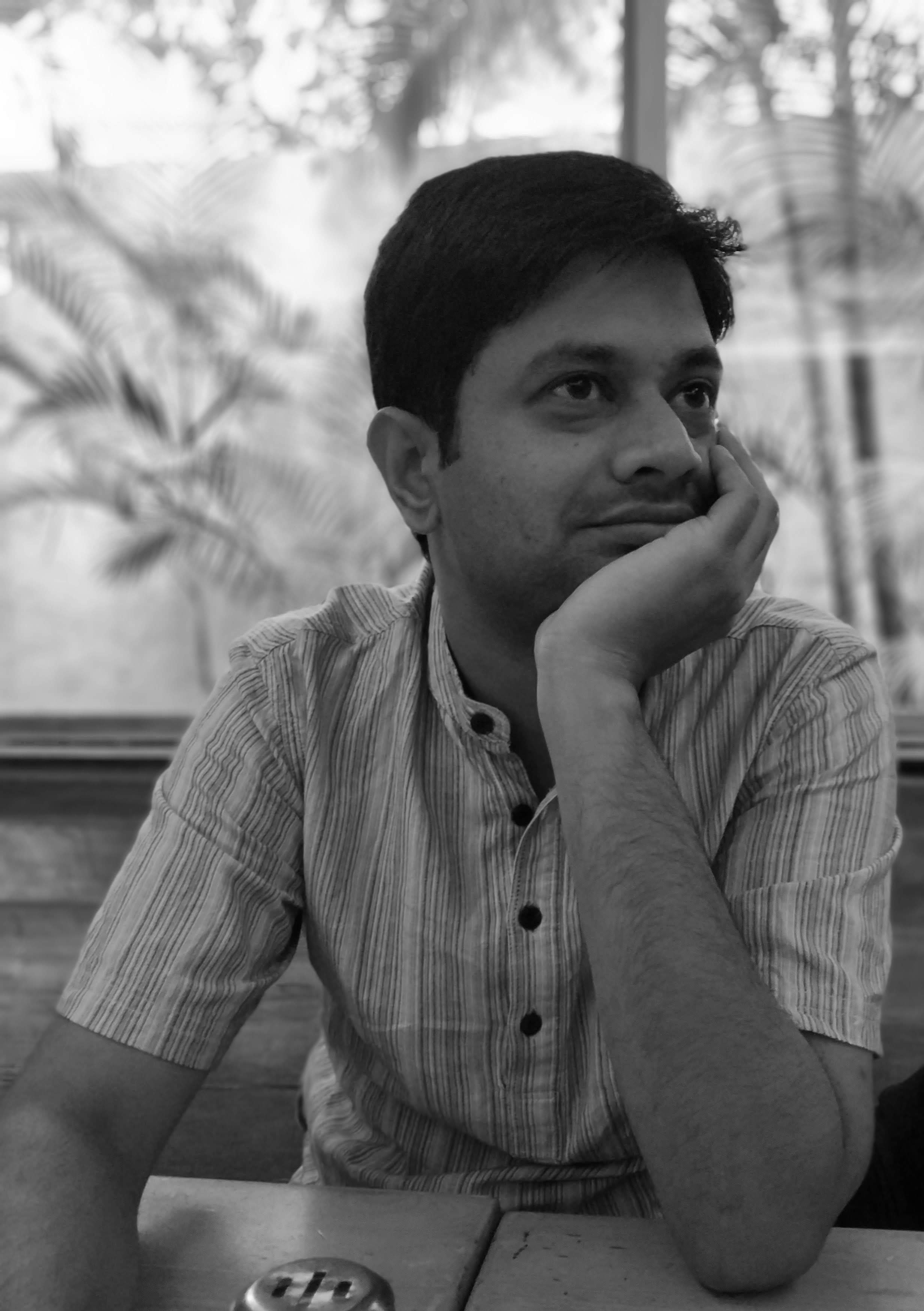 Coming back to his home state of Telangana, Harsha tells us how he has shot farmer suicides and drought once before, in Telangana in 2013-2014. "I never thought about documenting farmers specifically, it's just that rural areas fascinated me," says Harsha who has worked with non-profits, corporates and magazines. Our favourites from the photographer's works are Chalo Dilli for which, Harsha has been photographing and interviewing protestors at Jantar Mantar since 2016 and For A Handful of Stardust. For this project, Harsha documents all those who come from small towns with dreams of being a part of Tollywood, either as cast or crew, and live in shady. rented quarters in Krishna Nagar and Indira Nagar.

More of his work 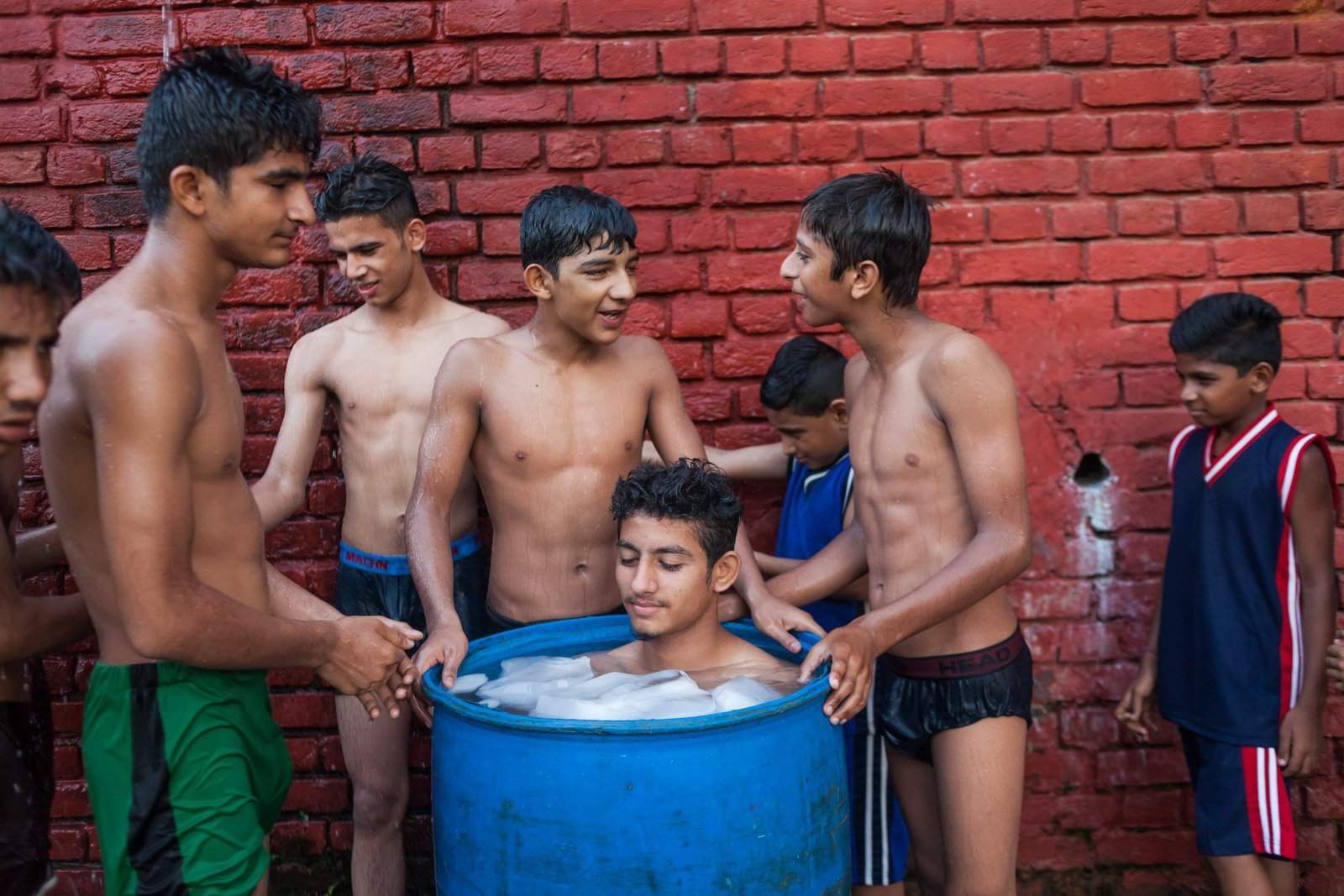 A Judoka takes an 'ice bath' in a drum filled with ice and water as others wait for their turn at the end of their day's practice at the Judo Training Centre in Gurdaspur, Punjab. Parents encourage the sport in the hope that it keeps the kids away from doing drugs. Taken in 2016 | (Pic: Harsha Vadlamani) 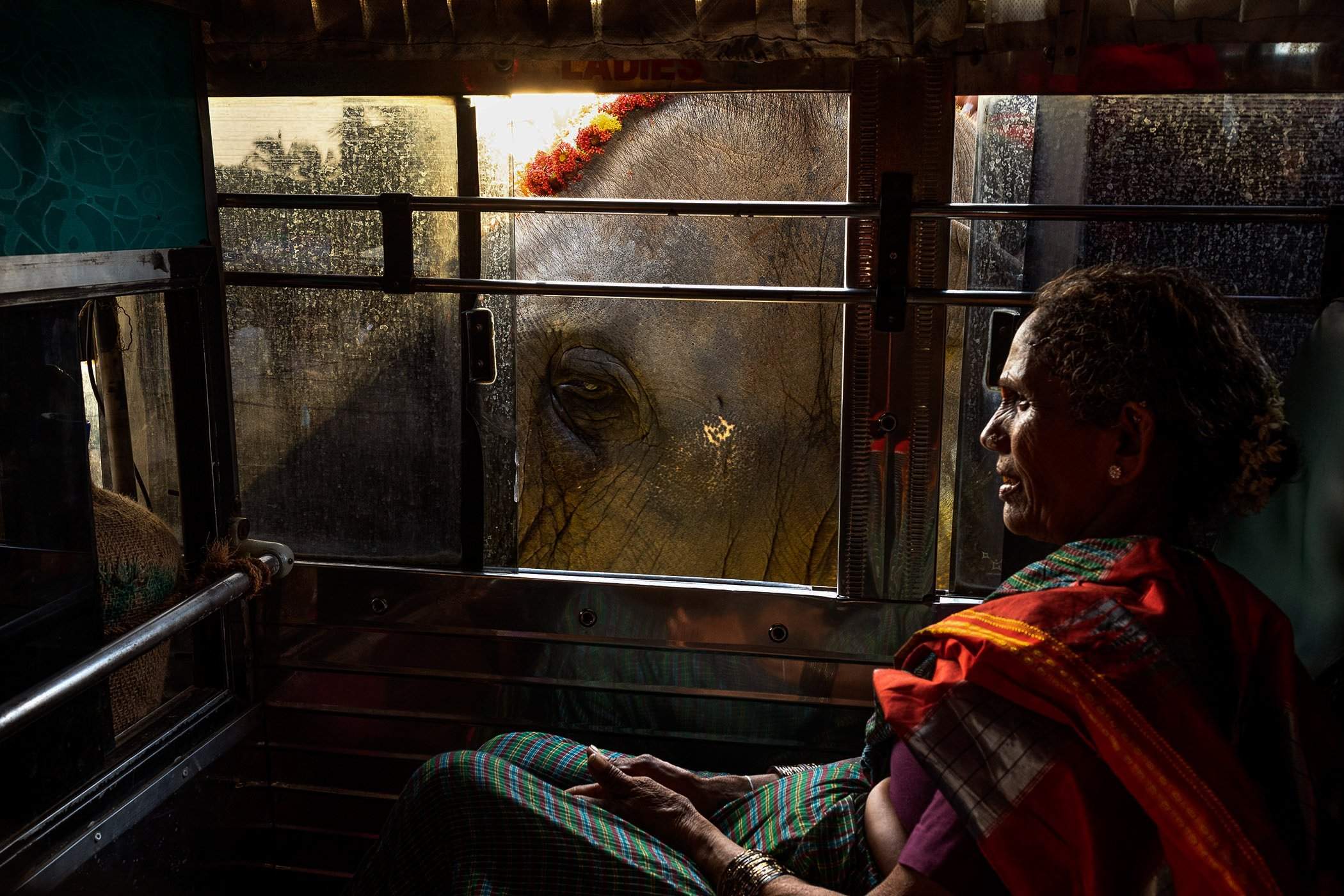 For more on him, check out sriharsha.in