Raghavender and Vineetha are two Pondicherry University students from Hyderabad and their documentary is worth a watch. The duo tells us about documenting it and what they have planned next. Read on

How many of us have wept, if not for what we have done to the environment but at least for what we have brought upon ourselves, while watching David Attenborough's "witness statement" Life On Our Planet? Tears might not be able to save the world, but action surely can. Thus, when Raghavender Ponnala found himself growing increasingly concerned about plastic pollution and the menace it is causing, the 23-year-old decided to find ways to document the efforts of those who are making advances in the field, along with fellow Hyderabadi Vineetha S.

Who knew that the students pursuing their Master's in Electronic Media from Pondicherry University would find crusaders within the walls of their own university? "It was Assistant Professor Dr Suja P Devipriya from the Department of Ecology and Environmental Sciences who suggested that we look within the university," shares the youngster. That's when they met Harsha Kundungal, a PhD scholar who, in her native place of Nilambur, Kerala, found a certain type of worm that feeds on honeycombs. What's that got to do with plastic? Well, plastic has the same hydrocarbon structure as the honeycomb. So the duo made Solution, a documentary on Harsha's research, and it bagged the Bronze Beaver Award at the tenth National Science Film Festival of India this month. The research for the documentary took till May last year 2019 and they shot from September to December, which included a trip to Nilambur where the worms were found and brought back to the university lab. "We observed the habitat of honey bees, the communication between these worms and apiculture farmers, and how these tiny creatures from nowhere were getting involved with plastic," says 22-year-old Vineetha. Raghavender tells us how using a microlens proved to be the most challenging part of their work, "These worms are just one to two cm long and they were constantly moving. Even if the object in focus moves one cm, the focus is disturbed," he says. Despite this, they still managed to get raw footage of about an hour and a half out of which they made the ten-minute documentary, taking a lot of inspiration from their 'green' idol Attenborough.

And this is just the beginning. "I have ten interesting stories of people who are making the most of plastic. The idea is to release ten episodes and eventually, club them into a full-length documentary," says Raghavender. The second one will be about Plastic Man Rajagopalan Vasudevan, a professor at Thiagarajar College of Engineering, Madurai, who devised a solution to use plastic to make roads. 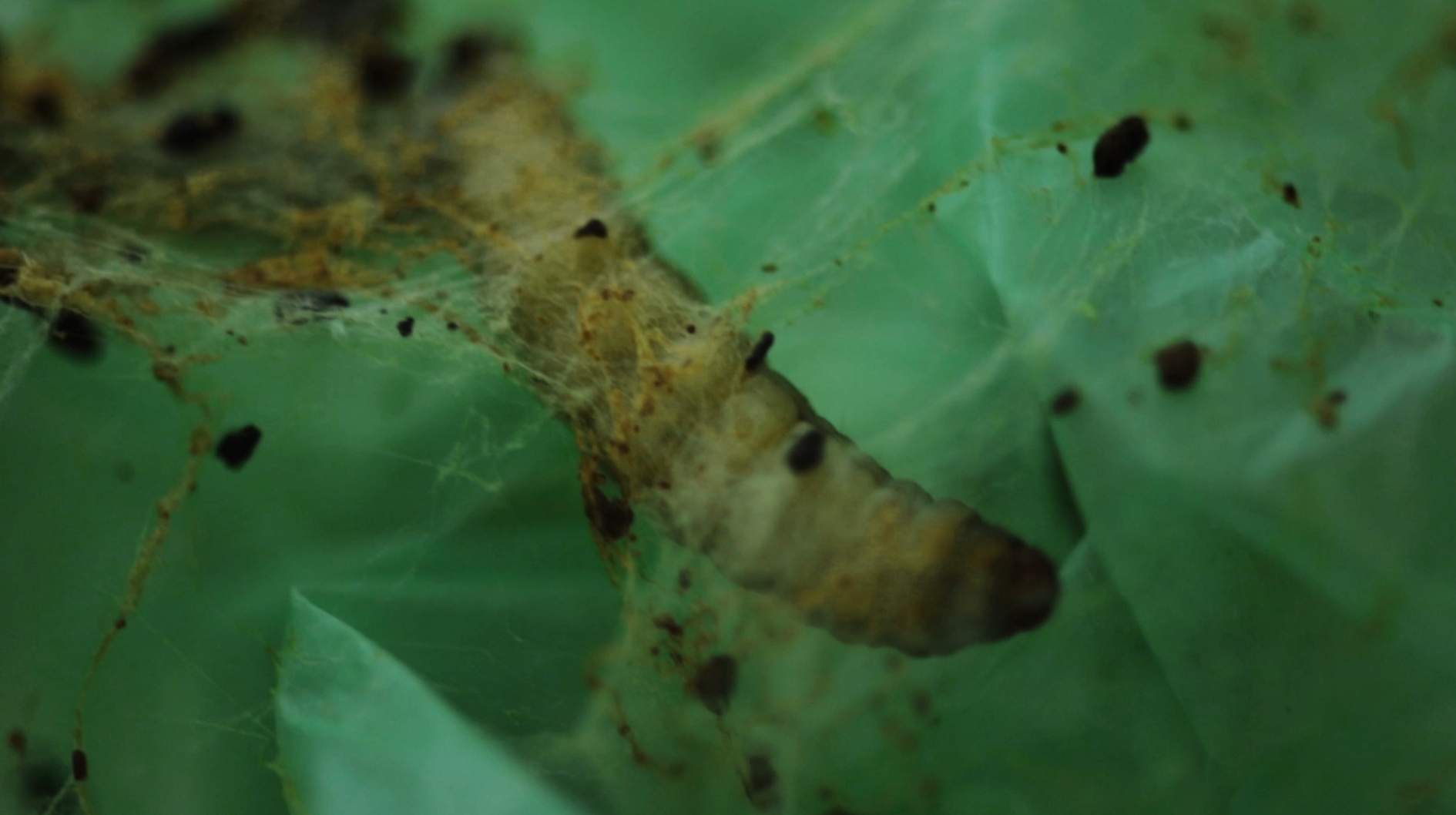 Glimpse from the film | (Pic: Solution)

"The problem is that we can't avoid plastic in our lives. We believe that plastic is not the problem, it is the way man disposes it that is the problem, especially single-use plastic," explains Raghavender and adds, "Thus, the onus doesn't lie on the government alone to make laws and forget them or the manufacturers or the people. All three stakeholders need to rise to the challenge together. Only then will the world be a better place."

Catch up with David Attenborough
- The Blue Planet: About the natural history of the world's oceans
- The Truth about Climate Change: All about global warming
- Great Barrier Reef with Sir David Attenborough: Returning to the site after 50 years
- David Attenborough's Natural Curiosities: With episodes like Animal Frankensteins