Coming of Ram Rajya means the implementation of the Indian Constitution: Subramanian Swamy

As the foundation stone for the Ram Mandir is laid, the question of what a Ram Rajya will imply for the country has constantly been raised. According to BJP MP and Economist Dr Subramanian Swamy, it implies the "implementation of the Indian Constitution, in a nutshell." Speaking during TNIE's e-expressions conducted along with the India Policy Foundation, Swamy said, "This is true because all the concepts of Ram and what he propagated is there in the Directive Principles and the Fundamental Rights and in the advocacy of language in the Constitution."

Upon being asked if the people who wrote the Constitution of India were 'Ram Bhakts', Swamy responded vehemently, "Absolutely, Ambedkar was one of the finest. Nehru made him bitter and towards the end of his life he became very harsh. But if you see his seminar papers at Columbia University in 1915 and subsequently in his books, he is perhaps the most articulate spokesman for Hindutva I can think of. I have read every one of those books and that's why I revere him."

When Prabhu Chawla asked if he had been invited to the laying of the foundation stone at Ayodhya, he vehemently said, "No." He explained, " "If I would have come there, all the sadhus would have got up and cheered me and that would have had a bad effect on those on the stage," said Swamy. Prime Minister Narendra Modi is set to preside over the Bhoomi Puja on Wednesday. 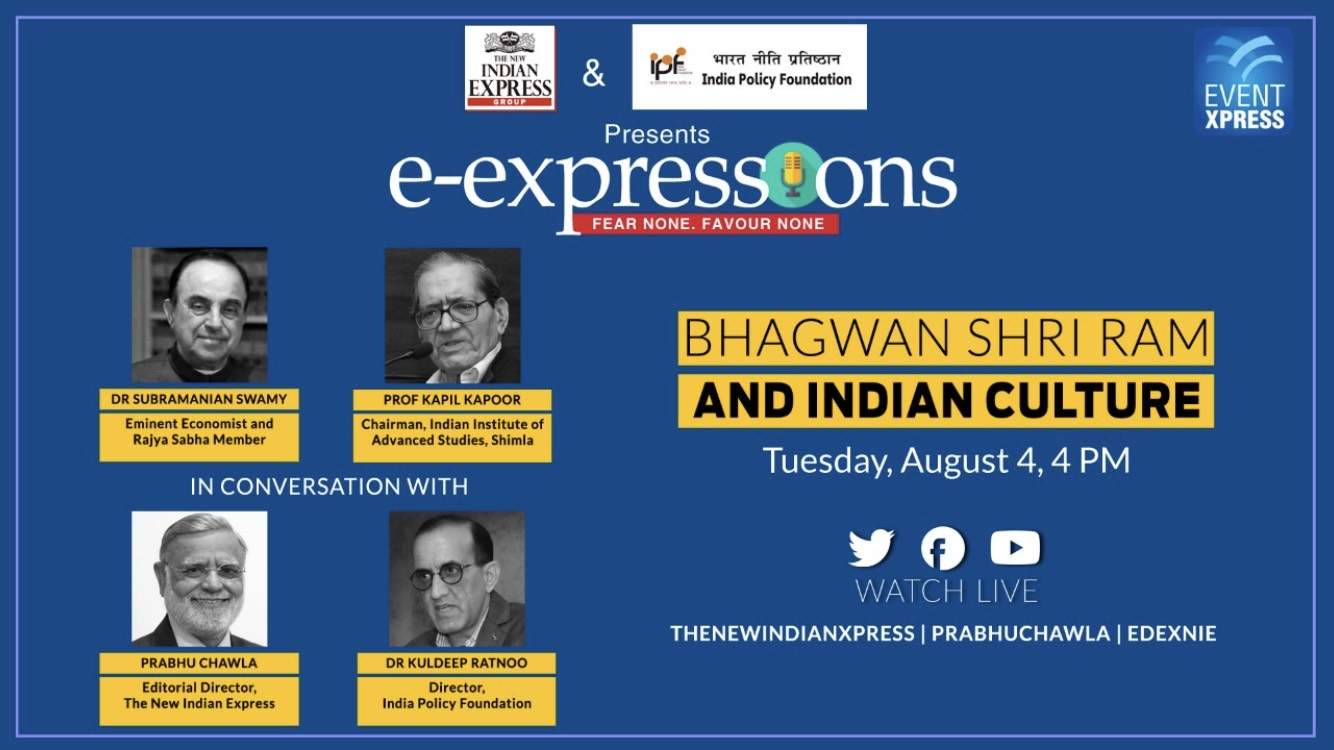 When asked about whether the invite should have been extended across party lines in a bid to end the politics around Ram, Swamy said, "Anti-Ram sections have been in power for all these years and now they have lost due to Ram. The present generation of Congress leaders don't understand that it was begun by Rajiv Gandhi when he showed the Ramayan serial on Doordarshan against the total objection of his party. I was there, I was his good friend and I knew how much difficulty he had. And he allowed the VHP to plant their foundation and gave a promise that if he came back to power he would rebuild the (Ram) Temple." He added contritely, "There was no politics of Ram, ever. We just wanted the temple built."

Sanskrit, Hindi and the three language policy in the National Education Policy have firmly been in the spotlight for the last week. But all of this pointed to a crisis in identity, said the author and economist. "We must learn what our true identity is. Based on DNA studies we are all one people, regardless of what caste we belong to, which region, which religion...there is no Aryan-Dravidian theory. Every Indian language has a huge proportion of Sanskrit in it, including Tamil, which has 40% of Sanskrit, Bengali has even more, Malayalam has much more. Every language has Sanskrit vocabulary. Over a period of time if Hindi becomes more and more Sanskritised, as is required under the Constitution, please read Article 351 which says that the vocabulary of Hindi shall principally be from the Sanskrit language. We must develop it to the point where Hindi and Sanskrit are indistinguishable."

As the conversation turned to how India could make Hinduism and the history of Ram more palatable for the youth, Prof Kapoor listed a few ideals that the scriptures have always expounded, "A major component of maryada is self-resistance. My mother used to tell me If I was hungry to eat two rotis, eat just one. And that is an example of maryada. The second thing is niyam. There are two ways to do something, either you can be polite or you can ask the same thing rudely. Niyam is not the law but the preferred way of doing something."

Responding to a question by Kuldeep Ratnoo about how to correct the distorted history of Ram, Swamy said, "Youngsters often ask me what is the significance of Ram for the country. Ram had a nationalistic outlook and often said that there cannot be a greater country than your motherland. There is an enormous campaign going on in the Western world to interpret Ram and Ramayana and the Mahabharatha in the most derogatory and vulgar terms and we must educate our young people in modern terminology what Ram represented." He went on to add, "India is a continuing civilisation and those who try to distort it will not succeed even if it takes 500 or 1000 years. We will restore our ancient traditions in a modern perspective, and that is what the building of the Ram Temple implies."