Addicted to PUBG? Here's how to identify if your gaming will come back to kill you — and ways to save yourself

Several studies by experts have said that there are criteria, through which addiction can be determined: if the use of technology affects your sleep, productivity, interpersonal relationships and more

Most people who who are hooked to PUBG will probably use one of those four words if you were to ask them why they are constantly glued to their phones, slaying co-players in a variety of ways.

Except, these days, they're taking the death, gore and guts part a little too literally. And believe you us, there's no glory that comes with it.

PlayerUnknown's Battlegrounds, the Battle Royale game known as 'PUBG', saw its popularity skyrocket right after it was introduced for mobiles. Now, the popular game gets regular updates and new features are added almost every month. And the player base for the rather addictive game doesn't seem to be going down — even after a spate of gory incidents concerning the game and its players. People, especially youngsters between the age of 18 to 26 years are so addicted to the game that they go to the extent of skipping college exams, harming themselves (mentally and physically) and have, in extreme cases, killed their parents when they got in the way of their playing the game.

The lowdown on PUBG:

PlayerUnknown's Battlegrounds (PUBG) was originally developed by South Korean video company Bluehole. The name come from the previous mods created by Brendan "PlayerUnknown" Greene for other games, inspired by the Japanese film Battle Royale. How does it work? In the game, up to one hundred players parachute onto an island and scavenge for weapons and equipment to kill others while avoiding getting killed themselves. The available safe area of the game's map decreases in size over time, directing surviving players into tighter areas to force encounters. The last player or team standing wins.

Multiple cities in India have already banned PUBG and police in some cities have arrested over ten university students for playing the game despite the ban. The National Child Rights Commission has recommended barring the game for its violent nature. Why then do India's rural and urban young still cling on to it as an addict would to his hit of heroin?

From stupidity to suicidal tendencies

On Wednesday, a surprising incident was reported from Vijayapura in Karnataka, where a video showed a boy crawling/swimming in moat and that went viral on social media. The friends of the boy seen in the video told the New Indian Express, "He (teenager) was addicted to the game and used to play every day till late in the night. He was very confident about his PUBG skills and it very difficult to beat him. On Friday, while he was playing PUBG with his friends, he challenged us that if he loses the game, he would swim in the filthy water in a moat. He lost the game, and while initially he refused, he later jumped and crawled in the moat," a friend said.

And this is not even the first time in the month of September. In another horrifying incident last week, irked over his father allegedly restricting him from playing the mobile game, a 21-year-old youth beheaded his father at a village in Belagavi in Karnataka. The accused also reportedly sliced his father's hand and leg before the police stopped the off-screen rampage. Why is it such a big deal? Gamers say that the voice chat with numerous people makes the gaming experience more enticing

But it's a gamer's go-to paradise

All of this doesn't supposedly bother PUBG's die-hard addicts, who are all praise for the battle royale game. "PUBG was introduced in 2017 and instantly gained popularity all over the world. Unlike previous multiplayer games where two teams fought against each other, PUBG was a battle royale game where 25 teams would land on an island and the last team to survive would win the game. People took quite a liking to this new game mode and people spent hours on it without getting bored because every game feels like a new challenge as you can land on different places on the island, chalk out different strategies and coordinate with your teammates over voice-chat, making the game experience even more addictive," says Sayedur Rahaman (26), who is a lawyer in Kolkata and is a game-fanatic by nature.

The young gamer adds that due to the easy availability and affordability of smartphones today, gamers have easy access to PUBG on their phones, thus leading to over-addiction. "Here in India, not many can afford a gaming PC or buy such expensive games. So all that craze around PUBG came with the introduction of PUBG mobile where people can play on their android or iOS phones. Since people now have smartphones, everyone started playing on their phones. Some players who are pretty good at the game even open up YouTube channels and stream their games online making the game more popular and earning money at the same time," he says.

Another businessman from Chennai, Rajkumar T (27), who also loves playing the game, agrees that the voice chat with numerous people makes the gaming experience more enticing. "I already made over five friends in Madurai in just a couple of months as we play the game regularly. It acts as a great timepass and well, you get to know a lot of people too," he says.

However, the untoward incidents keep on climbing. There have been at least seven PUBG-related incidents this year alone. From excessive PUBG and social media overdose to the need for validation in the virtual world and incessant online shopping, psychiatrists around the world are treating a gamut of technology addictions. Several studies by experts have said that there are four main criteria, through which addiction can be determined: if the use of technology affects your sleep, productivity, interpersonal relationships and makes you isolate yourself from any kind of social activities. 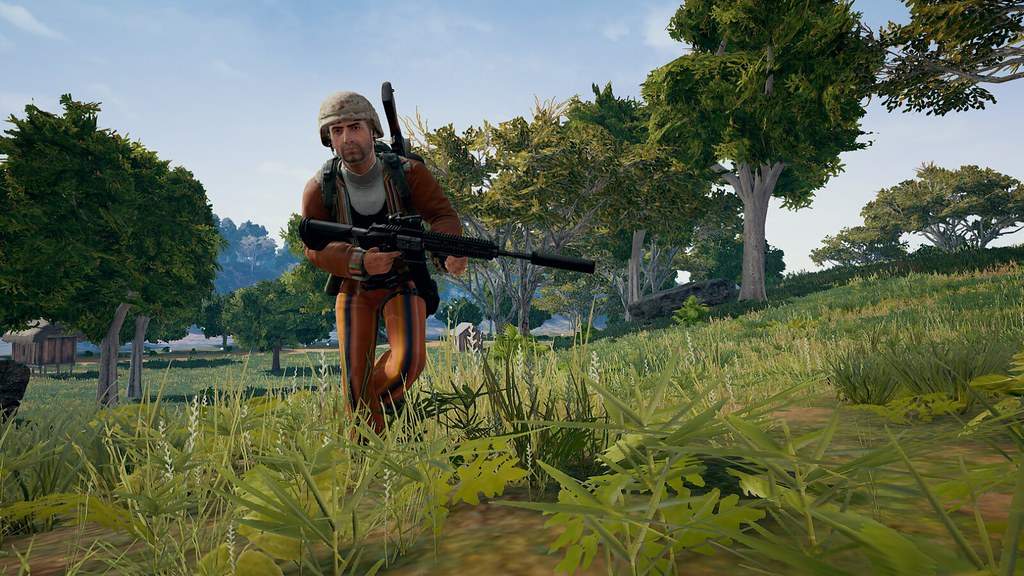 Let's play: A scene from the Battle Royale game

Nutty about the net:

One out of seven people are on social networking sites every second
75 per cent use internet to escape their problems or overcome boredom
India's internet userbase is second-largest after China globally
By 2020, there will be 730 million internet users in India

Digital Detox: Dr Sharma explains that there are Four C’s — Craving, Control, Compulsion and Consequences which they follow in order to find out about addiction

Dr Manoj Sharma, Coordinator for the SHUT Clinic (short for Services for Healthy Use of Technology), which is an internet de-addiction centre started by the National Institute of Mental Health and Neuro Sciences (NIMHANS) in Bengaluru, explains that there are Four C’s — Craving, Control, Compulsion and Consequences which they follow in order to find out about addiction dealing with mobile, pornography, video games and shopping. If a person's answer is a ‘yes’ to three or more out of the four, then there is a need to be worried.

There are several factors leading youngsters to being addicted, says Dr Sharma.
- Availability of the game: it will be played more if it's easily available
- If it's available on several platforms then there is always peer pressure. If everybody is playing then I can also play
- Recognition they get through online games, their friends promoting them or encouraging them to play some games can have a huge impact. The recognition might be present in the offline environment also but it might not be up to the mark for the person's expectations
- If they have friends online, it also fulfills the need for social contact
- Sometimes families become judgemental and the person feels isolated thus their coping mechanism is online gaming
- If a person has other psychological issues — people who have depression, anxiety, thus they start playing to escape reality 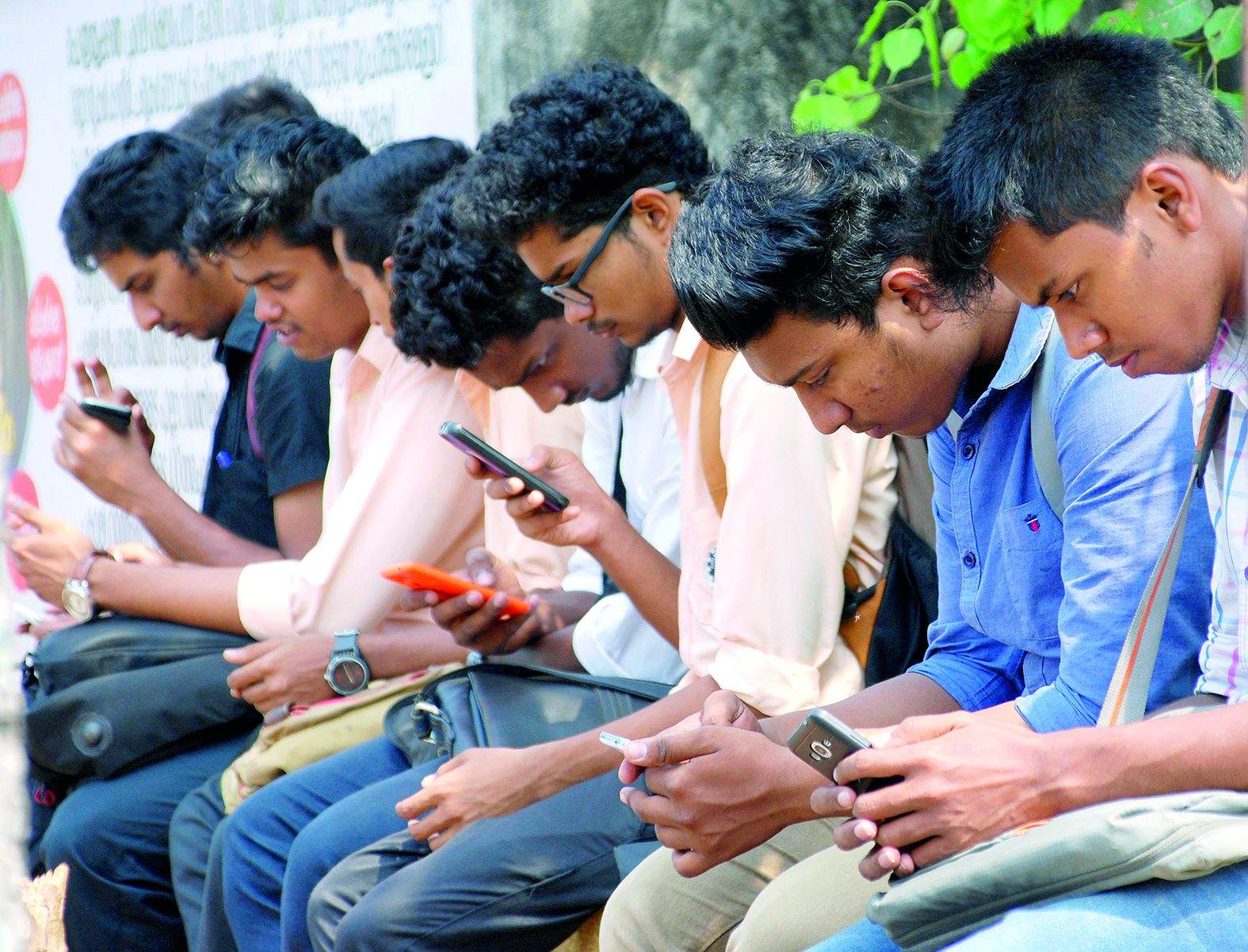 Here's how you can combat technology addiction:
- Be it the parent or the child, family or friends, they have to be aware of the signs and symptoms of addictive technology use, so that they do not confuse it with just high usage of phones or technological devices
- Family should spend time together, communicate well.
- Even if they are using technology a lot they should know it's not just for gaming, but for other things as well such as research, reading, doing their assignments
- Set up Do's and Don'ts for technology usage — for two hours you won't use your phones or laptops
- If the family feels that the youngster has other psychological issues then they should immediately seek professional help
- Work on your lifestyle, regulate sleep timings, build up a habit of taking breaks while playing or looking at the screen for a long time