Feeling meh? This self-help kit will coach you on what to say when

Bhairavi Prakash, founder, Mithra Trust, tells us about how they're trying to do away with the mental health taboo in society and help people become mindful individuals and support each other

There is a poignant scene in the third episode of the recently released romantic anthology series Modern Love starring Anne Hathaway (Lexi) and Quincy Tyler Bernstine (Sylvia), where the former sheds all inhibitions and reveals that she is bipolar to the latter, her supervisor who, till then, was in the dark about why she never showed up to work for days at a time. ‘I have incredibly low periods. So low that I can barely move. I am impossible to be around. I am totally unreliable as a friend and I don't check a single box,’ says Lexi to a concerned Sylvia who hears Lexi out patiently and asks her how exactly she feels at the moment.

“It is not easy to say the right things in a difficult conversation like this. But this exchange right here is the embodiment of empathy. This is exactly how you become a non-judgemental, supportive friend whose words come from a place of love,” says Bhairavi Prakash, psychologist, and founder, Mithra Trust, a non-profit organisation based in Chennai and Bengaluru that wants to raise awareness on the importance of mental health and well-being by making the invisible visible. What exactly does this mean? “Most of us go through invisible daily struggles and we can feel lonely, isolated, and overwhelmed. Mithra provides a safe space for expression, where you can talk about the daily invisible struggles and make them visible. You also meet others who might be going through something similar and hear about their experiences making you feel like you're not alone. Engaging with Mithra allows us to become kind, compassionate individuals and equips us to support ourselves and others,” adds Bhairavi who has been active in the field for over 10 years now - from working in workplace mental health in the UK and India and managing her own behavioural health unit as part of a larger corporate, where she came up with India's first for-profit school mental health model, to working in digital healthcare, she has come a long way. 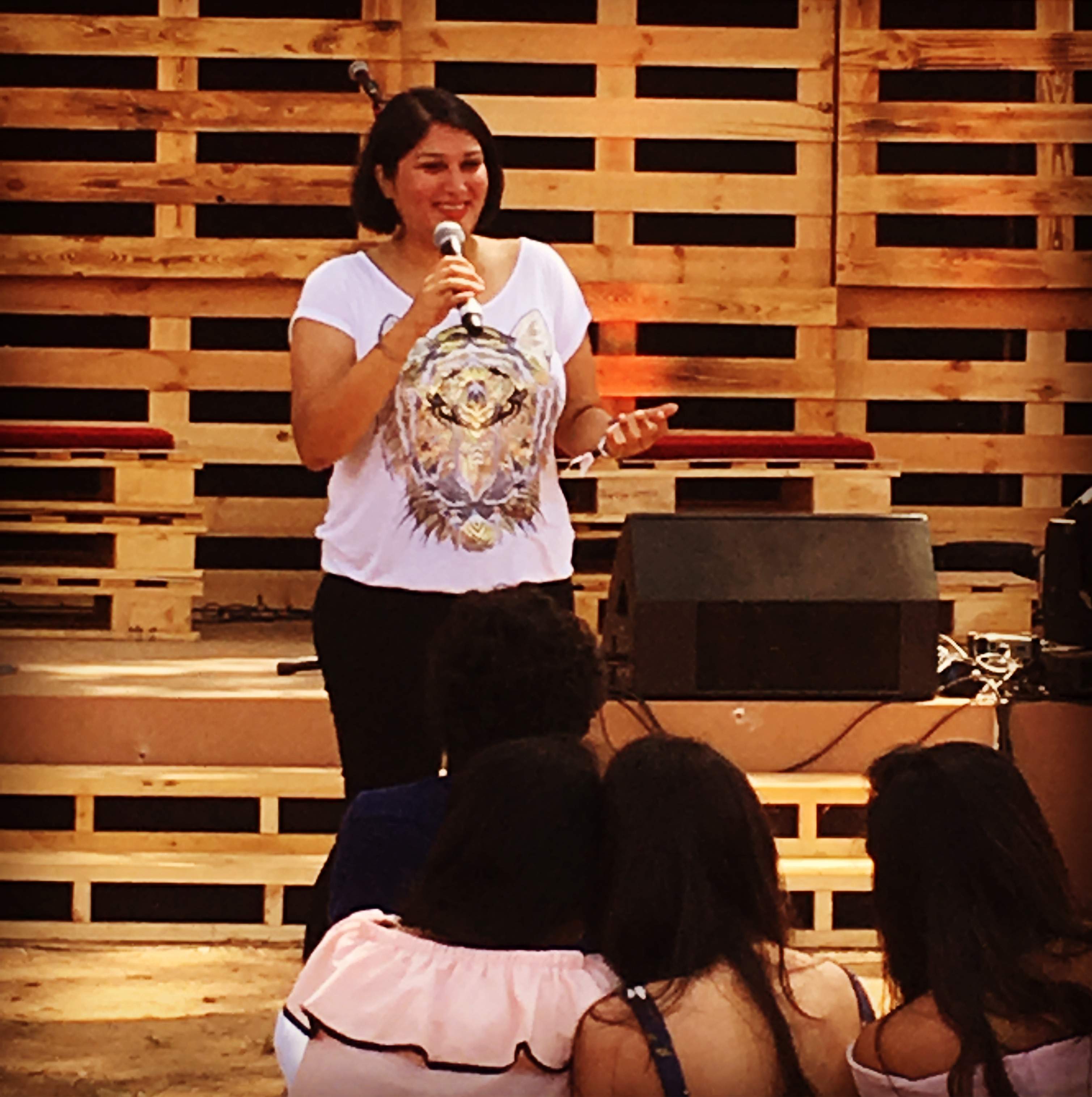 Bhairavi speaking during one of Mithra's offline sessions

Owing to her rich experience in the field and motivated by the urge to help people struggling with mental health issues, she established the Mithra Trust in 2018. “Why I wanted to venture into psychology and initiate something like this is closely connected to how mental health issues were not spoken about or discussed properly when I was growing up. I remember, in class 9, in a class of 30, there would be at least 4 students who engaged in self-harm. Nobody spoke about that. And while growing up, I have seen so many people, including myself, really go to hell and back because of depression. Therefore, I always understood the importance of having a safe space to talk about these things,” she smiles.

Mithra offers both online and offline support to people going through a rough patch in their lives. “One of our main online initiatives is the 'What to say' series which clearly points out what to say and what not to say to a person who may be grappling with different issues across the board like anxiety attacks, suicidal thoughts, grief, overthinking, etc. We also cover very specific 'difficult' topics for women like abortion, miscarriage, sexual assault, etc,” she says pointing out that their online work 'covers a bunch of things that help you accept and reframe various emotions - like dealing with judgmental negative self-talk and converting that into constructive thoughts'.

Mithra also has an offline product - the Self-discovery Tool Kit or the Meh Kit which is a comprehensive guide to understanding and dealing with a range of mental health issues. “One part of the kit contains information in the form of 'what to say' statements that aim to change perceptions (such as 'Depressed people don't look happy' or 'Do yoga and your depression will go away')  using cool illustrations on cards that simplify facts and a space for journaling one's progress through the bad days,” explains Bhairavi. Mithra also conducts 2 sessions - One is the Invisible-Visible session which consists of a maximum of 10 persons and aims at fostering peer support using elements from the toolkit and two, an experiential workshop, Understanding Meh, which mostly takes place in schools and colleges where individuals are briefed on how to identify and help a person who may be going through a difficult time.  Both the sessions use the Meh Kit as a facilitation tool.

So what kind of feedback has she received about her initiatives? “People only have to say good things about them, especially the Meh kit. In fact, I came up with it after many people had reached out to me saying that they were not 'feeling so good' but they did not want to visit a therapist. So this kit is a big boon for those people who want to figure certain things by themselves and engage in self-help.  But it is in no way an alternative to therapy - we have people undergoing therapy who use it too,” Bhairavi clarifies.