Drafting a nation's future: Here are 11 interesting facts about how the Indian constitution came into being

How was the Indian Constitution drafted? 11 interesting facts you didn’t know about the longest-written constitution in the world and how it came into being

You probably know that Republic Day is a national holiday because India's Constitution came into being and changed the course of history. Here are some interesting facts you probably didn't know about the drafting of our Constitution.

- The original Constitution is hand-written both in English and Hindi, with each page decorated by artists from Shantiniketan including Beohar Rammanohar Sinha and Nandalal Bose. The illustrations represent styles from the different civilisations of the subcontinent, ranging from the prehistoric Mohenjodaro, in the Indus Valley, to the present. The calligraphy in the book was done by Prem Behari Narain Raizada. The Indian Constitution was adopted on November 26, 1949.

- With 25 parts containing 448 articles and 12 schedules, the Indian Constitution is the longest written Constitution of any sovereign country in the world.

- The Constituent Assembly, which first met on December 9, 1946, took precisely 2 years, 11 months and 18 days to come up with the final draft.

- When the draft was prepared and put up for debate and discussion. Over 2000 amendments were made, before it was finalised. 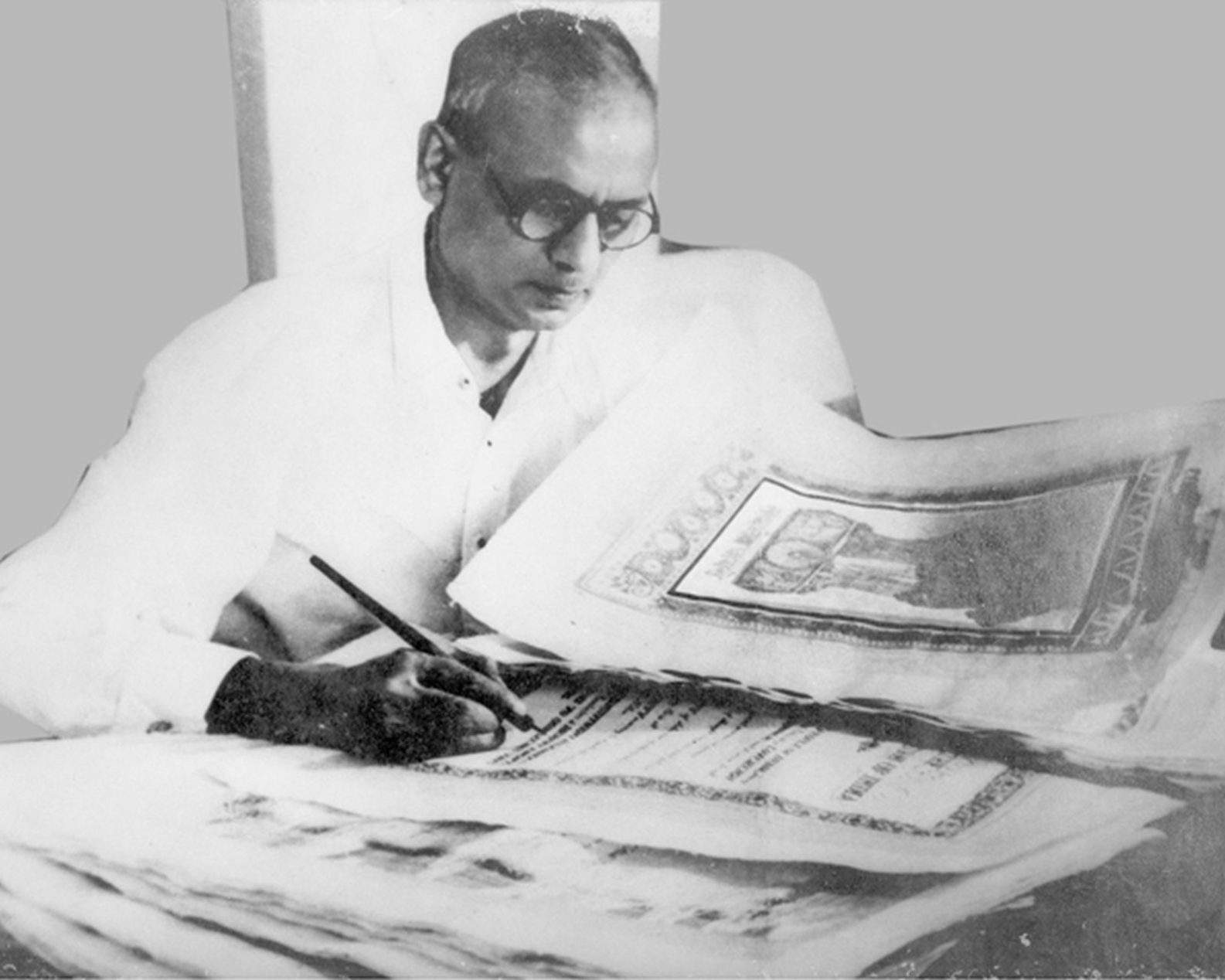 Who drafted it anyway: The original English version of the ‘Constitution of India’ was calligraphed by Prem Behari Narain Raizada

- The handwritten Constitution was signed on January 24, 1950, by 284 members of the Constituent Assembly, which included 15 women. It came into force two days later on January 26.

- While Nandalal Bose and his students designed the borders of every page and adorned it with beautiful art pieces, it was the single-handed effort of Prem Behari Narain Raizada (Saxena) that brought the primary contents and the Preamble to the Constitution, to life. Prem Behari was born on December 17, 1901, in a family of traditional calligraphists.

- Prem Behari Narain Raizada was allotted a room in the Constitution Hall that later came to be known as Constitution Club. The draft then consisted of a total of 395 articles, 8 schedules and a Preamble. Prem Behari took six months to complete the task, but it was widely appreciated.

- According to Prem Foundation, 432 pen-holder nibs were used throughout the process, and he used #303 nibs for this calligraphy.

- The original manuscript of the Constitution was written on parchment sheets measuring 16x22 inches which have a lifespan of a thousand years. The finished manuscript consisted of 251 pages and weighed a sizeable 3.75 kg.

- Photo-lithographed copies of the finished and signed manuscript were made at the office of the Survey of India in Dehradun.

- It was first signed by Dr Rajendra Prasad, the first President of India, while the last to sign it was Feroze Gandhi, the President of the Constituent Assembly.