The Sree Sastha story: A saga of educational innovation that is powering India's students ahead

With an economy that is desperately trying to bounce back, engineering instituions like Sree Sastha in Chennai will have a huge role to play in the new growth story that is unfolding before us

India's economy is rapidly growing and has been classified as a developing market economy with its huge market basket fulfilling the needs of its huge population. Though the economy has receded due to the lockdown, a rebound is expected in the second half of 2020. India is expected to be one of the three economic powers in the world in the next ten years. COVID-19 has forced the government to take a slew of initiatives towards setting up manufacturing units for pharma and drugs, diagnostic kits, medical devices and life support devices like ventilators.

The impact of COVID-19 and subsequent government initiatives have made the future scope of engineering and its demand in the industry is quite promising. Internet of Things (IOT), Artificial Intelligence (AI), Serverless Computing, Blockchain, Robotics and Automation, Machine Learning, Big Data, 3D Printing, Drones, Driverless cars, Biometrics and so on will create high-salary jobs in the next few years. In India, the IT service industry has fetched big projects to feed the IT industry's demand for a workforce in emerging areas. 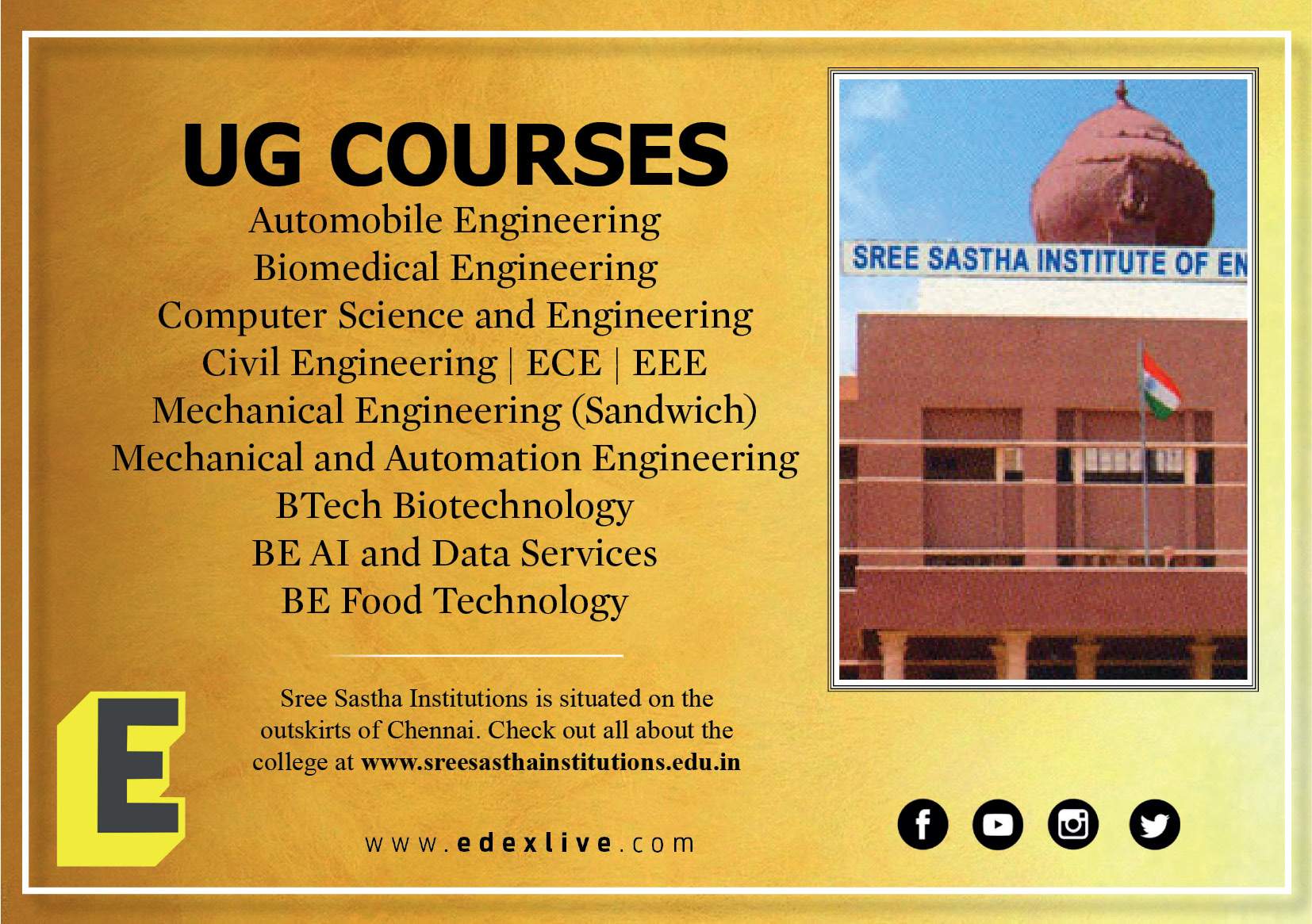 From Make In India to the upcoming Food Parks to the stimulus that is being given to revive the economy, these programmes rolled out by the government will require a host of mechanical engineers and food technologists. And that is precisely why Indian engineers and engineering institutions will forever be in demand to drive the economy forward.

Sree Sastha Institute of Engineering and Technology was established in the year 1999 with BE and BTech courses in ECE, EEE, CSE, IT, Civil, Mechanical, Biotechnology and Automobile Engineering under the aegis of the AM Kanniappa Mudaliar and AMK Jambulinga Mudaliar Educational Trust. Their only vision? To impart quality education to students with the best facilities and infrastructure. Located on the Chennai-Bangalore Highway (3 km From Poonamallee) at Chembarambakkam. In addition to these, 10 ME courses and MBA are also offered by this Institute. Four departments are recognised as research centers to offer MS and PhD courses. Affiliated to Anna University, the college is poised to take flight among India's lofty dreams to power a generation of engineering projects and build a new India.