How this Anantapur building went from a grain godown to language school to obstetrics hospital, during COVID lockdown

One of the Rural Development Trust's (RDT) campuses in Anantapur, rather surreptitiously known as 'The Godown', got its name in the 1970s. It was quite literally built to be a godown in those days to store grains, milk powder, wheat and oil from American donors. The food from the godown was used to run two centres — nutrition centres for pregnant women, mothers and children and the Food for Work programme by Vicente Ferrer, the founder of RDT. The residents of Anantapur, like the rest of the country at the time, were struggling with severe malnutrition and infant mortality.

After succeeding in that endeavour and as things began to look up for Indian society, the godown was made-over for another important project in the next decade, the 80's — family planning. The godown was then transformed into a family planning clinic and over the years bettered its facilities to become one of the best in the region.

Then came the 2000s, when people decided smaller families were, in fact, a better idea and the need for a family planning clinic slowly disappeared. So the following decade, the godown got yet another make-over. It was converted into The RDT Professional School of Foreign Languages. The School trains graduates from the rural areas of Anantapur and Kurnool in English, foreign languages, basic technical, soft and communication skills. 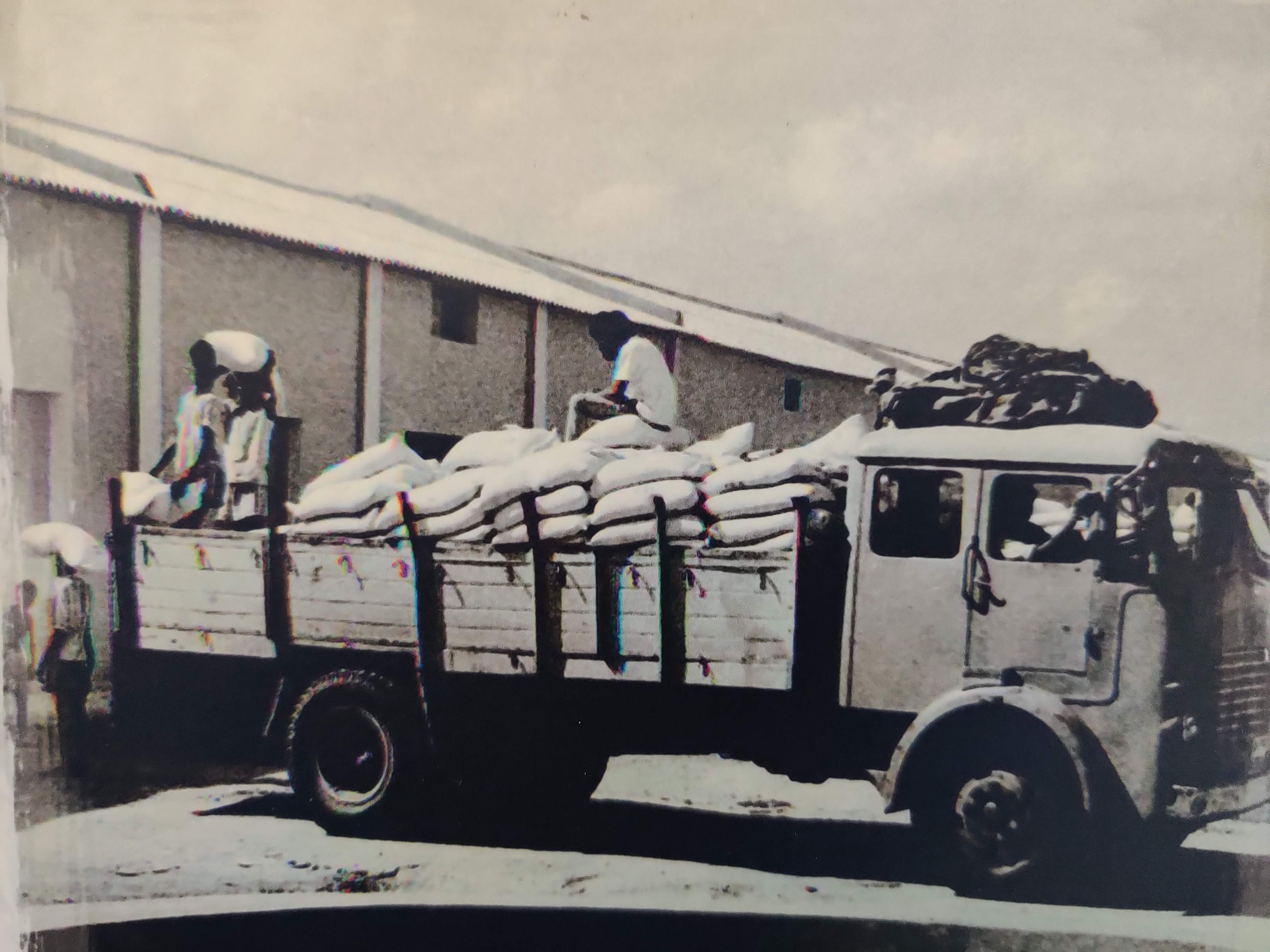 Then COVID-19 struck the world, and by extension, the region. Understandably, this sent all the students packing and left the campus empty. So as of April 15, 2020 - the School, formally 'The Godown' and the 'Family Planning Clinic' became a temporary Obstetrics and Gynaecology Hospital. In the last 20 days, over 200 babies have let out the loudest cries as they opened their eyes to the world for the first time.

The fourth transformation of the Godown happened after RDT's Bathalapalli Hospital, set up to aid the residents from rural areas, was commandeered and turned into a COVID-19 treatment centre. This meant that the hospital was not allowed to treat patients with any other ailments or health conditions. This left many of the doctors concerned especially because the hospital has over 350 deliveries a month. "How can we turn away pregnant women and tell them to come to us after 20 days?" asked Sister Theresa, who has been working at the campus for over 20 years. 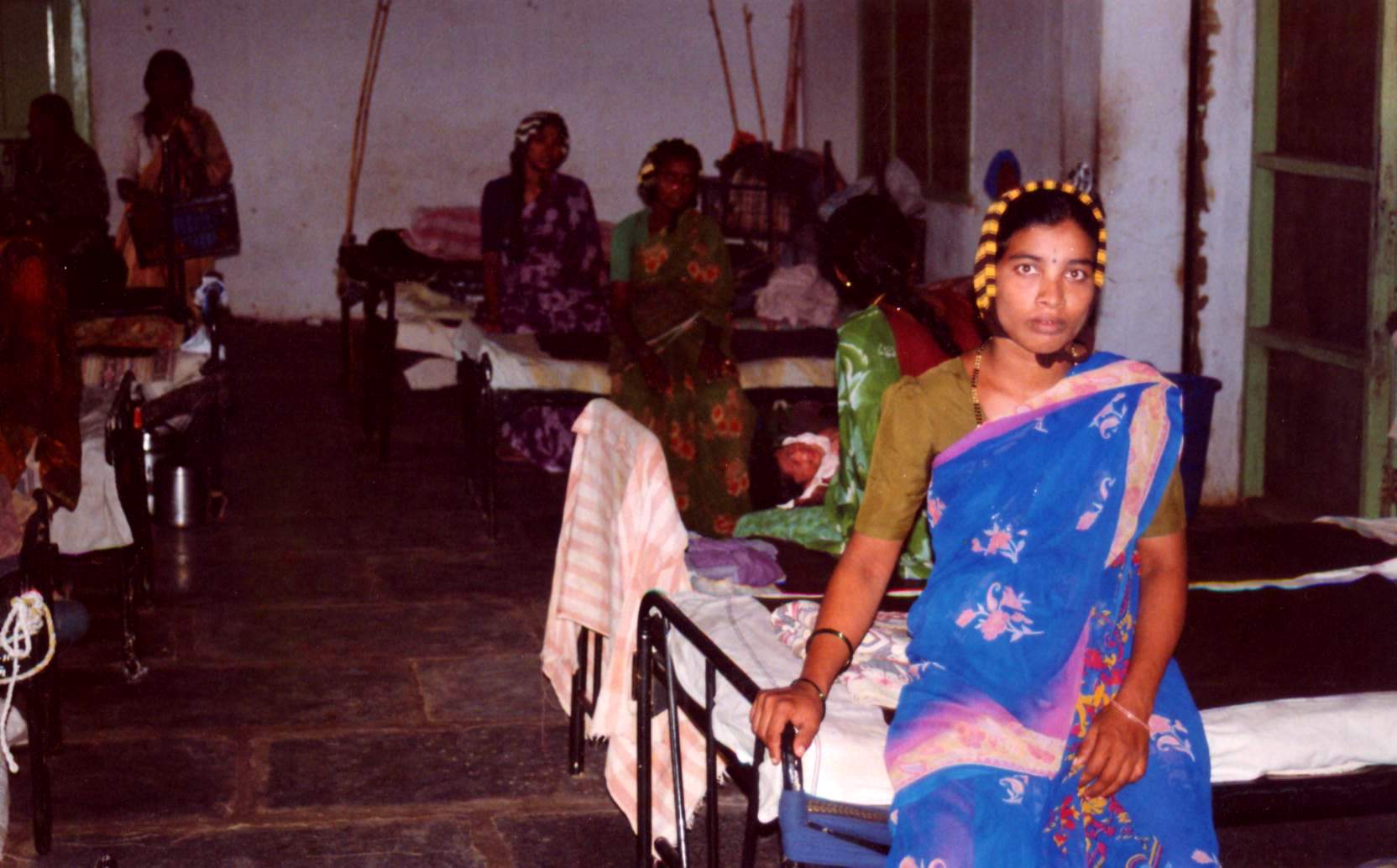 Doctors at the hospital like Dr Jyothi Suchitra, an obstetrician, were preparing themselves to treat COVID-19 patients and then suddenly, she was told that the department and patients would be shifted to 'The Godown'. Within the next three days, the management managed to transfer all the required equipment from the hospital to the building. "Since it had already been a Family Planning centre, we already had some infrastructure in place - two Operation Theatres, a labour room and we set up a NICU and set up the phototherapy, monitors and other equipment. We also set up a blood bank. What we needed was wards for the patients, so that we set up at the school," Jyothi said.

The school is a residential one, so they already had enough beds and other furniture that the hospital staff needed. The doctors quickly adjusted to the new environment and the patients started to pour in at the new facility. However, the hospital is following all the social distancing norms and is ensuring both mothers and babies are safe. Now, 20 days after they set up, 174 births took place in April and about 59 this month. "We have about 10-15 deliveries everyday. At the hospital we have many more but we have to follow norms here and we have a smaller space so we are able to do fewer here," Jyothi said quietly. There's a worry in the doctor's voice, "The thing is we just had a patient who had some bleeding and was in shock, but we could not do anything and had to refer her to another hospital. We don't have an ICU and some facilities still have to be upgraded, so we are unable to take high risk cases even though all the doctors here are all capable of conducting the surgeries," Jyothi says. 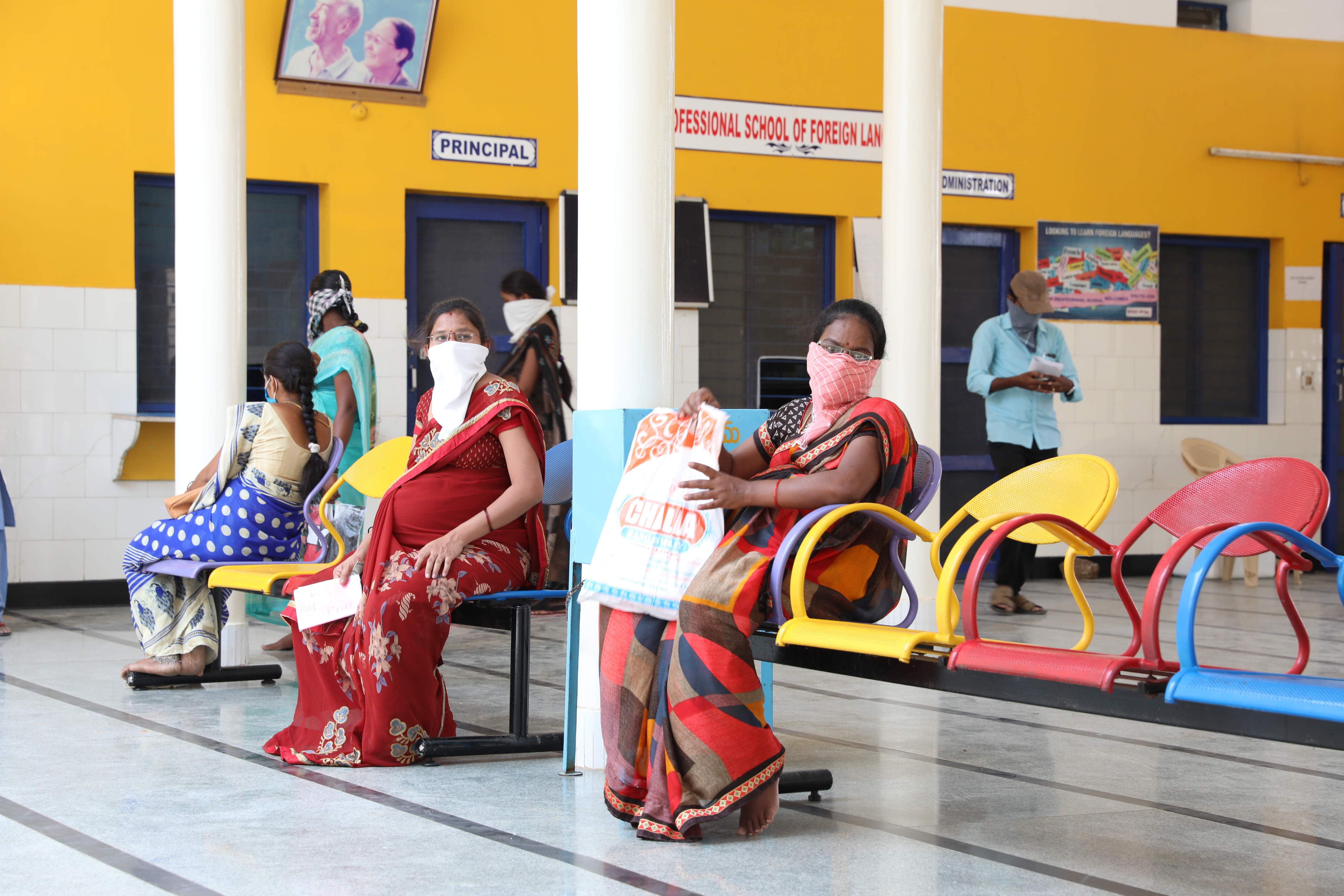 They almost never refer patients at the main hospital, she says. The women always get the best treatment, "We are a little upset about referring patients to other hospitals but we have to understand our limitations as well. We do hope we can somehow manage to upgrade the facilities so we can take in the high risk cases also and provide for everyone. The other day, a woman had jaundice but she didn't want to go to any other hospital, so we still somehow managed her case and she's doing fine. But we do feel a little handicapped," she said, smiling.

The team has also set up a telecommunication centre and is trying to follow up on patients who are only a few months pregnant, "We give them advise over the phone and sometimes they can take care of themselves, without struggling to come here. We keep in contact through WhatsApp also." Currently, four consultant doctors are working at the centre along with resident doctors, PG students. 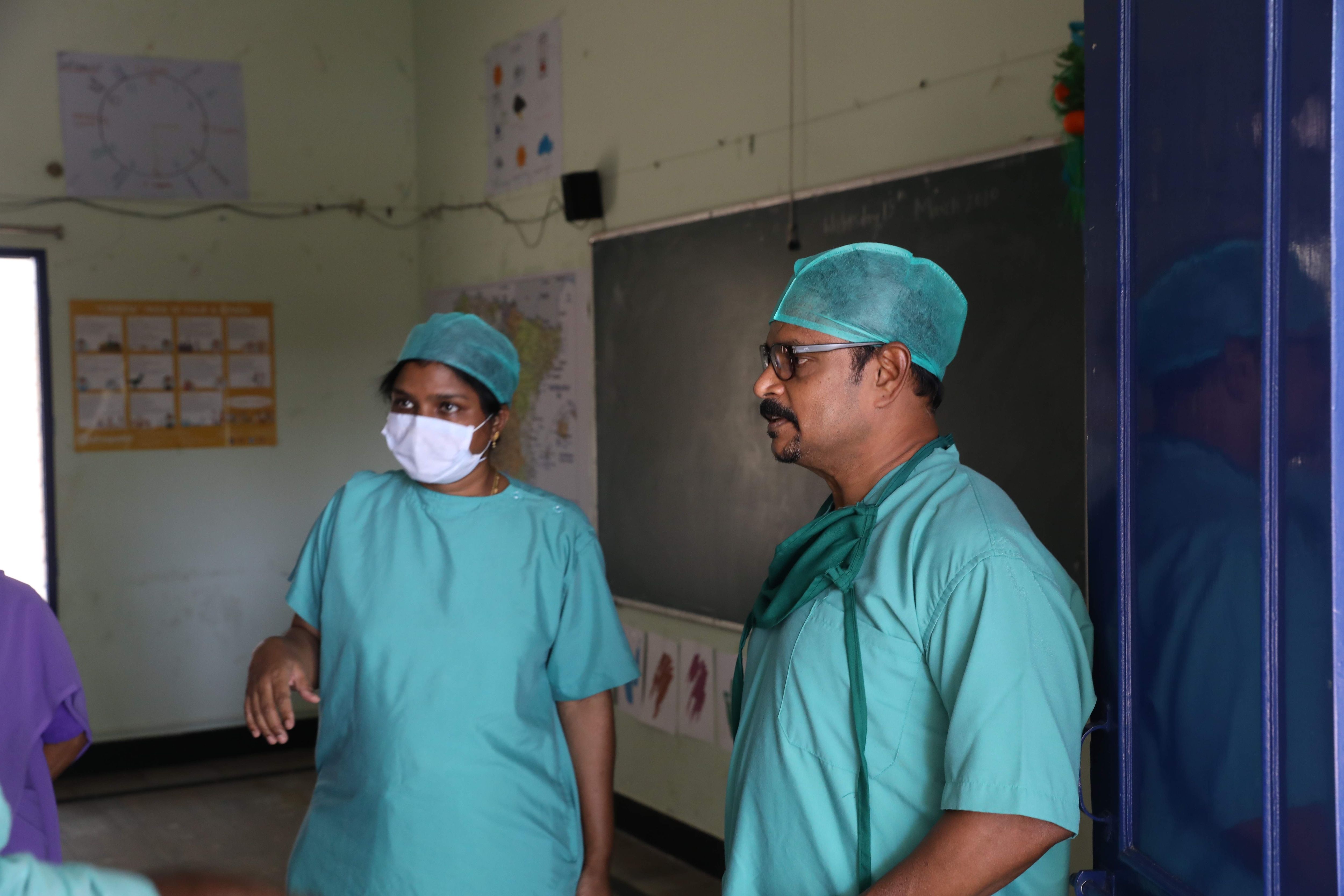 However the doctors are happy they can continue treating patients - they also get food and all other facilities. The cleaning staff have also been very efficient, the doctor said. "So we are happy but are hoping we can start treating high-risk cases soon," she said.

And what about the students?

During a lockdown, a lot of classrooms across the country were turned into quarantine centres and uniquely, the RDT Professional School of Foreign Languages was turned into a hospital. But just like the rest of the country, the school took the online education route. The school runs a free one-year course for graduates from rural areas on English language training and also offers courses in Spanish, French and German, including basic computer skills, communication and soft skills for the students in order to help them with job interviews.

They cater to graduate students coming from below poverty line families in Anantapur and Kurnool. The students often find it hard to get jobs without English language skills and other communication skills. The School prepares them for the very same and with an additional certification in foreign languages, the students find it easier to land jobs abroad as well. 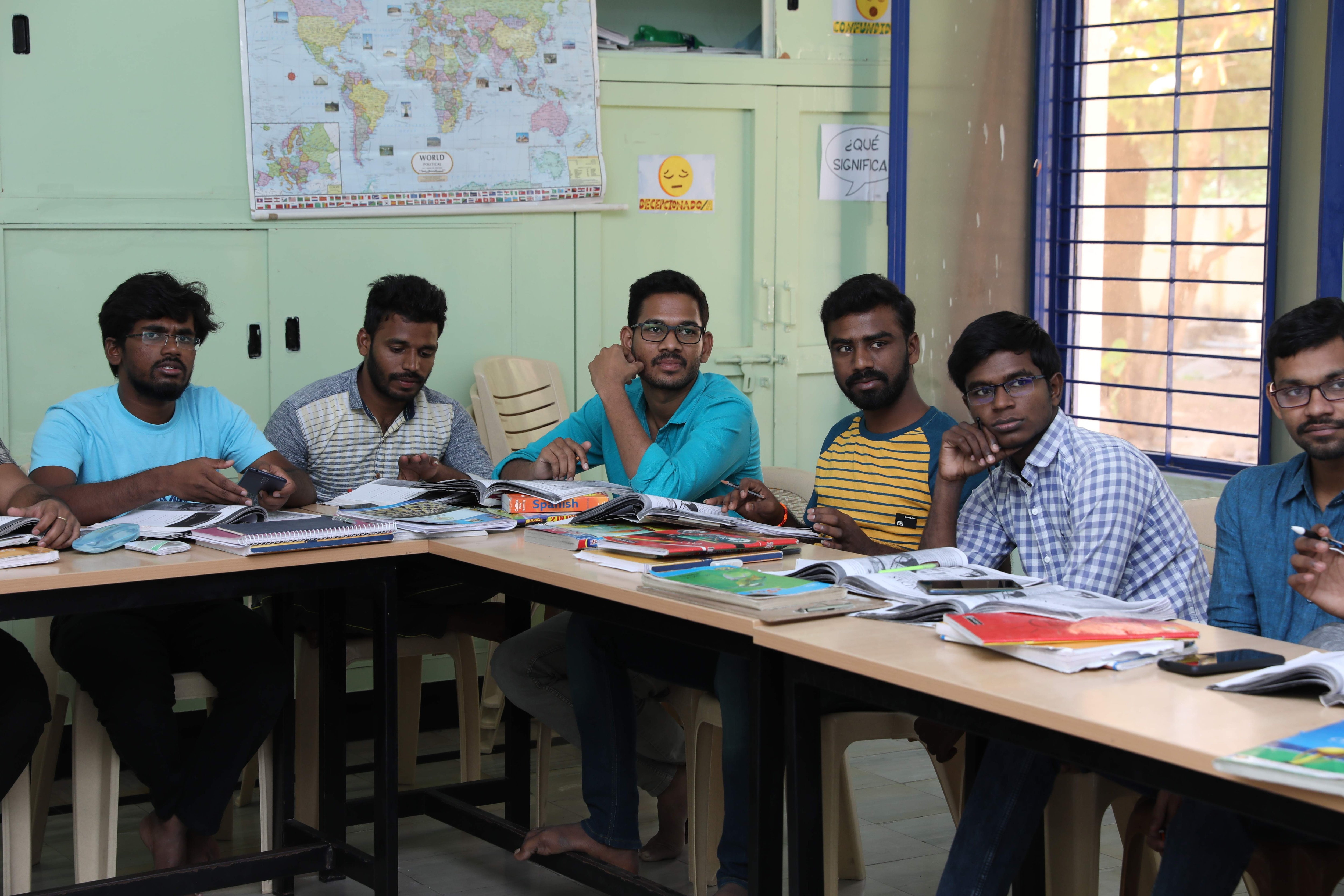 "As many as 90 percent of our students land jobs after they go through our course. For example, recently one student who struggled to find a job for two years, found one after she left from here. With a B1 level training in English and these extra skills, they ace interviews and even go abroad for work with their foreign language training," V Geethanjali, the Principal of the School tells us. The School also helps them work on their CVs, email writing and presentation skills.

"They earn at least an average of 20,000 to 25,000 rupees every month," a proud Geethanjali says. The School ties up with the Alliance Francaise and the Goethe-Institut as well, "All the teachers are volunteers and come from other countries, I'm the only Indian here," she says, laughing. With the lockdown in motion, the school is running a full fledged online programme, "Alumni and seniors have all begun contributing, so the students have a smooth learning experience," she adds.

So now, with the lockdown, the exams for the students has been postponed by a few months, allowing for the hospital to function a little longer at their facility.