IITs are considered to be a seat of educational excellence and the organisations that propagate research and development in India. But the students of IIT Madras complain that every semester there are at least a couple of lectures by proponents of pseudo-science. After the outrage over IIT Madras hosting heart surgeon Dr B M Hegde, this time it was Namita Purohit, whose talk on Ayurveda and medicine enraged a section of the students and they have now strongly condemned the propagation of pseudo-science at IIT Madras, through a Facebook post.

Namita's LinkedIn profile describes her as a ‘level two Pranic Healer’ and a ‘Life Alignment Coach’. "She started her talk with astrology and its significance and then went onto present a bogus classification of science into ‘western science’ and ‘eastern science’. She hailed the traditional medicinal systems, that proposes that our body is made of five elements, Earth, Water, Fire, Air and Ether.  Ether is considered to be the most subtle of the five elements. Ether is sometimes referred to as space because it is the space that the other elements fill. She spoke about how ‘Vata’, ‘Pitta’, ‘Kapha’ and their imbalances affect our personality traits and health. And because our body is 60 per cent water the moon cycle affects our body," said Arjun, a PhD scholar at the institute. "She also claimed that ‘western science’ compartmentalises humans, so as to ‘exploit’ them." 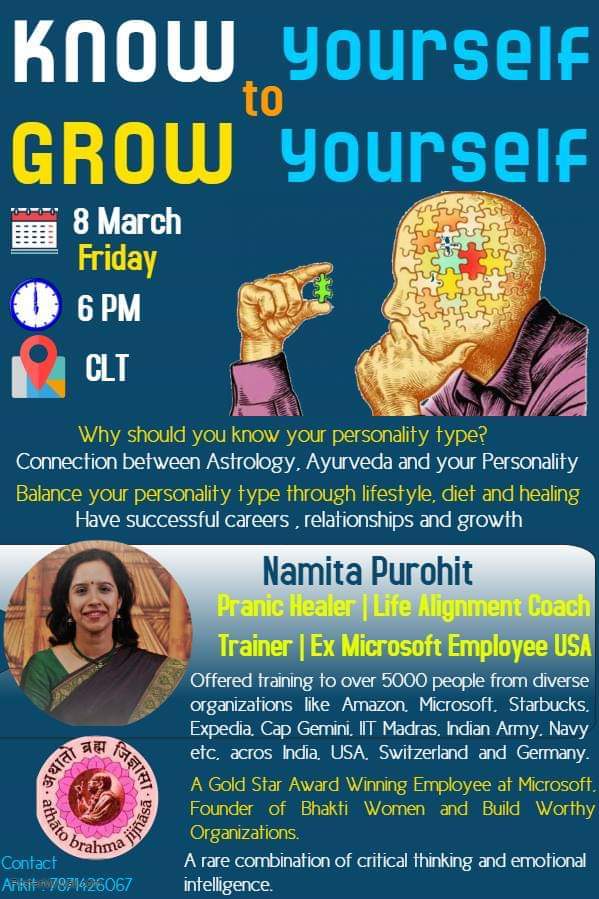 When a student explained that Ayurveda has not stood the test of scientific scrutiny like placebo-controlled tests and further probed about what Ether was, she claimed that she would make them 'feel Ether after the talk’. "Another student explained to her that, as opposed to her claim of having only five elements, there are actually 118 elements in the periodic table. She said that all those 118 come under the five basic elements that were proposed by 'eastern science'," added Arjun, who is also a part of the group 'IITM Students against Pseudo-Science'. When a student pointed out that Astrology is a pseudo-science, she claimed that it isn’t and that there are several research papers available on the topic. She advised him to read all those and then debate with her on the topic. The student stated that, as a student of science, he is offended by her claims and that he is also ashamed to have a pseudo-scientist like her speak at a science and technology institute like IIT Madras.

The Facebook page of IITM Students against Pseudo-Science also put out a post condemning the lecture. "When a student asked her what ‘Pranic healing’ is, Namita Purohit retorted back by asking the student which organization she belongs to. The questioner replied that she is a student of IIT Madras. Namita refused to answer any questions on ‘Pranic healing’ and said that she would send study materials to those interested in learning about it. She went on to ridicule anyone questioning her pseudo-scientific claims, as ‘the Ether does not exist club'," read the post

It did not stop at a lecture. There was a book stall set up outside the venue, in collaboration with the organisers ‘Jignyasa’. "The books on sale included ‘Human Devolution – A Vedic Alternative to Darwin’s Theory’. There were also books by Swami Prabhupada, the founder of ISKCON, on life after death and reincarnations," added the Facebook post. The organisers had also invited one of the Senior Medical Officers at the IIT Madras Institute Hospital to be the chief guest at the event.