The Pro Vice-Chancellor of Newcastle University speaks about their commitment to education, skill development and social justice

"If you spend enough time here, you'll find that the university upholds values that run very deep," says Richard Davies, Pro-Vice Chancellor of Newcastle University. According to its website, the University aspires to be a people-focused institution which harnesses academic excellence, innovation and creativity to provide benefits to individuals, organisations and society as a whole. And if you take the Professor's advice and stick around to witness the magic, these values seem to stand as tall as the building itself and fills its walls with the sort of life, passion and energy that seems to have helped make the name universally respected. We spoke to Professor Davies about these values and the other unique ideas that sets the university apart. Excerpts:

What values does the university stand for?

The university isn't all about being excellent, its also about making sure that our research and education makes a difference to society. This is quite a brave thing to do and we were one of the first universities to do it in the modern era. Most universities through the UK were encouraged to be as good as they possibly could be. The whole idea that that would benefit society is something that Newcastle University has pioneered and it has been our goal since its inception.

Could you tell me about the research that the university undertakes and its implications?

The University works on research areas which are relevant to places like India. For example, we are working on subjects such as anti-microbial resistance in Delhi and air pollution which is relevant to London and other capital cities. In fact, Anil Namdeo, our Associate Director in the School of Engineering leads a joint project with IIT-D on air pollution in Delhi and in general. So what we offer on the research front is provide a space for those who want to do clever research but also ensure that it has a positive impact on society. I do that myself, I collaborate with IIT-D on fracking research. We are looking at shale in India and its volatiles which will be released into the atmosphere if fracking were to take place in India. 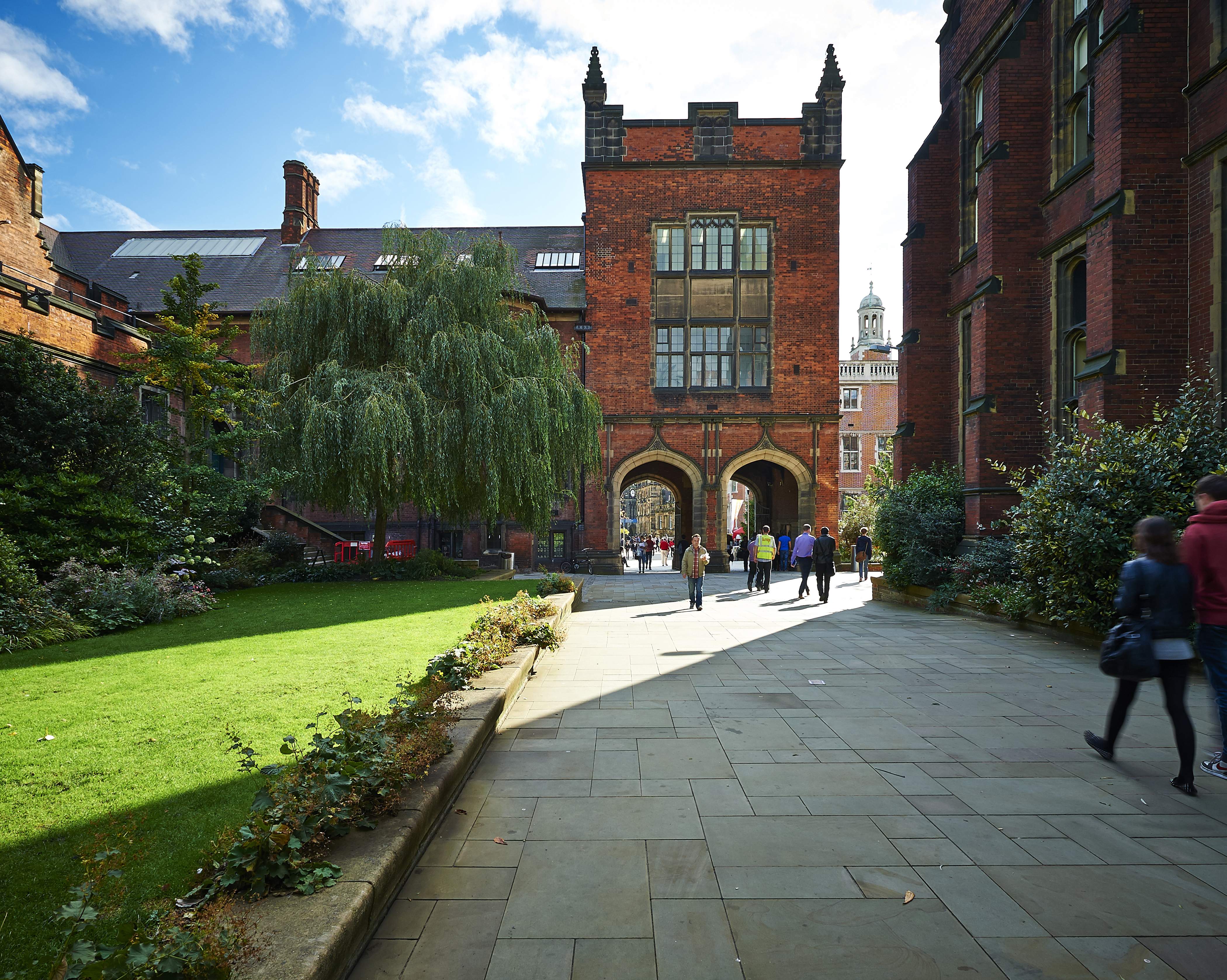 Branching out: The University works on research areas which are relevant to places like India

What are some real time results of these research initiatives?

There are projects taking place with our key partners, IIT-D and IIT-B. I've seen some of the results where a professor has actually tracked and understood how anti-microbial resistance works within the streets of Delhi and how antibiotics that aren't used properly get into the water and are ingested by someone and that's how these bugs become resistant, mutate and come back into the food chain and back into us. That's a tangible example, we're looking at water sanitation. These projects don't really focus on the North East of English much, they are actually focused on various other parts of the world.

Does a similar work ethic go into the education process?

When it comes to education, the picture is much larger. If we just take the Tech sector, you can basically sit in an office studying as an academic and next door to you will be the very business that you strive to practise in. So we're mixing business, practitioners, academics and students. All of this happens within one space, the Helix. Therefore, we think that Tech, Computing, AI and all these fast-moving technologies will be very important to India. We're training students using Newcastle Helix as a site where a student can get first class education, work with practitioners, people in business and academics. Just a few days ago, we were in talks with a body that accredits law degrees because we like to make sure that a student can come here for four years and then go back to an Indian university to do two years so they can use that to their benefit.  These are two important areas: Tech and Law. But we are training students in other areas as well. The Business School is very important and we have a few students from India enrolled in the programmes. Honour roll: In 2017, the university celebrated the 50th anniversary of when Martin Luther King visited to get his honourary degree

What are the skills and ethics on which you focus?

We need to make sure that we are doing something on entrepreneurship and employability based skills. The most important thing I would say is that we're a university that has a very clear set of values. Our students and professors want to see them promoted. For example, we have a dean in Social Justice and we're looking to raise our quality status as a university. And this is not easy to do because the entire university and how it works.

Could you elaborate on social justice and how it drives you forward?

As a university, we're standing up for some important values. This is an interesting thing because if you look at universities around the world or browse through their webpages, what do they really stand up for? If you stay at a place for long enough, you get a feel for it. At this university, we stand for social justice. This doesn't mean that we think we're already there, we definitely don't in fact. We actually are able to keep going because of self-reflection, honesty and a lack of complacency. We're not complacent, we want to make sure that we improve.

What helped steer the University in this direction?

Education, research, employability and skills are all very important, particularly as disciplines in the Indian context but also based on the university's own clear set of values. It was in 2017 when some of these values hit me quite hard on a personal level because it was the 50th anniversary of when Martin Luther King was here to get his honourary degree. In fact, that brought everyone to focus. Sometimes in leadership, you can write it all down and you can say it a hundred times. But sometimes there are these moments, events and things that happen that really galvanise everyone. And so, on November 13, we had distributed honourary degrees for four exemplary individuals. This was fifty years since, all of the leaders of the university were gathered and we all stopped for a second between our busy days and thought, what are we going to do next in the areas of social justice, equality, war property and racism? So those things can brew quite strongly but these are journeys we have set off on.