Nail polish that can detect a drugged drink? These Odisha kids' inventions are AMAZING!

Every change in society begins with an idea. Read on to find out how a few students from Odisha didn't let their ideas rot away — and how those ideas got them the Abdul Kalam Ignite Awards

Well, if you are a MacGyver fan, you would instantly connect to this. If you aren't, don’t worry, we’ll help you out! A secret agent by profession, Angus MacGyver has a knack for the practical application of scientific knowledge. This troubleshooter solves complex problems by making things out of ordinary objects, taking the help of his Swiss Army knife, duct tape, and sometimes, matches. In one of the episodes, he surprises the audience by extinguishing a massive oil-induced fire in a small Nigerian village with the help of a cassette player and a plastic bucket. Sounds interesting, doesn’t it?

What it's about: To promote creativity in kids, NIF has been organising IGNITE — a national competition of original technological ideas and innovations by children, up to class XII or the age of 17

But, are geniuses like MacGyver only a part of the fictional world? Aren't there individuals who can do such tricks with limited resources and help society change for the better? Much to anyone's surprise, there are a handful of such individuals whose ideas can change your life. Interestingly, none of them are adults. They are young and bright. Not to be confused with DIY copycats, this bunch of teenagers own some of the most innovative and copyrighted ideas that help them bring fame and honour to the coastal State of Odisha. These students are the recipients of this year's APJ Abdul Kalam IGNITE Awards. Conducted by the National Innovation Foundation (an autonomous body under the Department of Science and Technology), this annual national-level contest is aimed at promoting creativity and originality among children. This year, six students from different schools in Odisha have proved their mettle by securing a place on the winners' list, which has a total of 45 names representing various states.

Before these wonder kids receive the awards from President Ram Nath Kovind at a gala event in the national capital in December, we caught up with them to find out more about their ideas and ideologies. Here's all that we learnt from the quick rendezvous:

Also this: NIF also provides support to the young problem-solvers for patenting and incubating innovative projects into physical products

In 2012, when the Nirbhaya incident sent shockwaves across the globe and questions were raised about the debilitating culture of harassment and gender crimes in the country, Siba Prasad Satpathy was feeling helpless and annoyed. Thus, when he learnt about the IGNITE Competition at a workshop in his school, he immediately sprung to action. “I believed that I could do something to empower the women in my country and prevent them from getting raped, cheated and destroyed,” Siba shared. It was this realisation that encouraged Siba and his friend, Golak Mohapatra, to participate in the competition. Their unique idea was to create a nail polish that would detect the presence of alcohol or drugs in drinks. 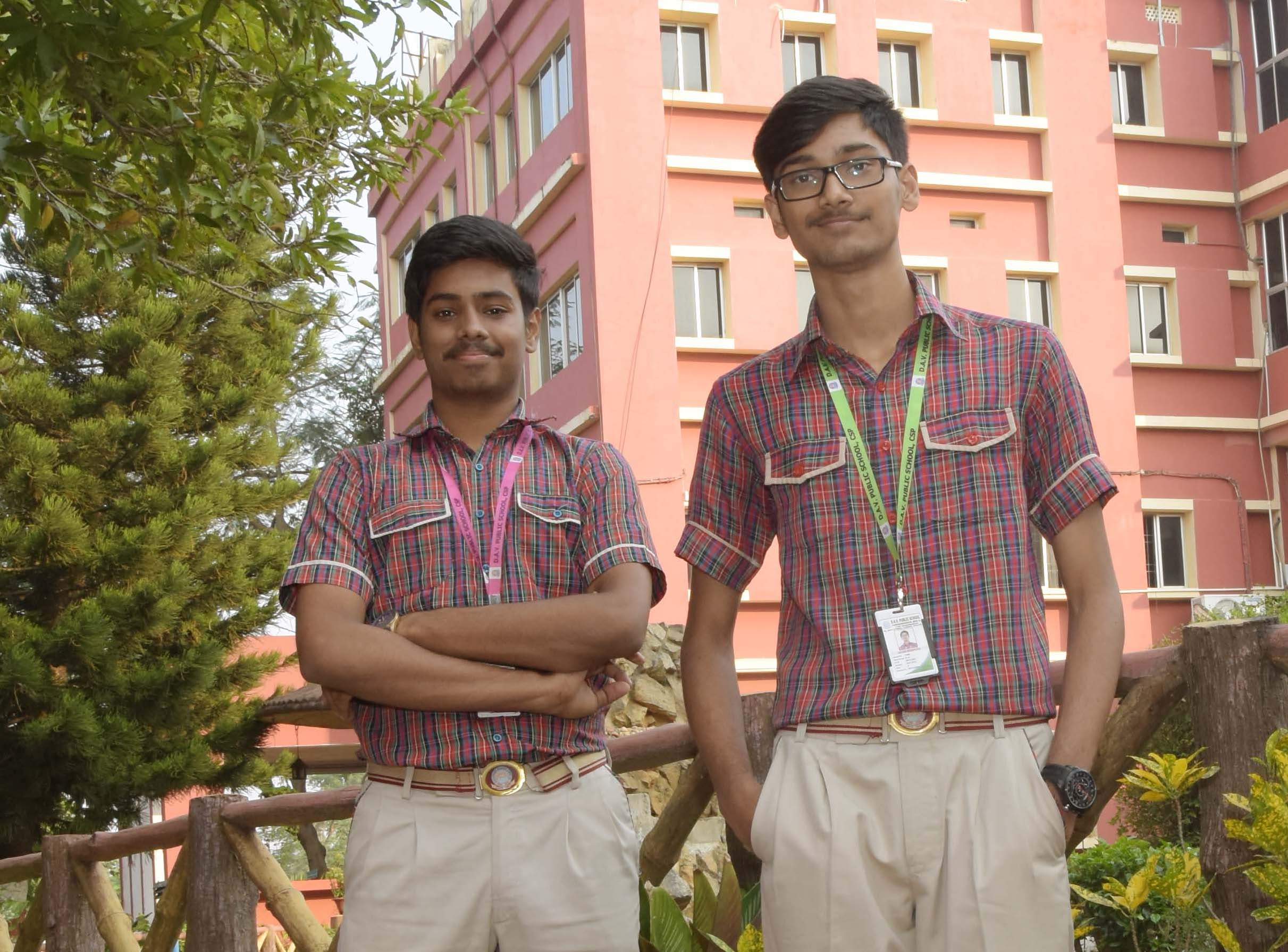 Partners in crime: Both Siba and Golak participated in the competition together

“Both of us would utilise our free time between two periods at school to discuss the idea for IGNITE. I was browsing the internet one day and suddenly came across the story of a scientist who had proposed the making of straws, laced with drug-detecting chemicals. But, this project had one major flaw — how many women will actually carry around their own straws all the time? That’s how we came up with the idea of nail polish containing drug-detecting chemicals. When a woman dips her finger into an adulterated drink, it changes colour,” he explained.

I used two remote operated toy cars and a TV remote to make this food server. It eased my mother’s task of serving food

It isn’t hard to believe that Siba is good with his hands. This class X student is the junior engineer in his family. Anything that’s discarded and dumped in the junkyard grabs his attention.  “It gives me immense pleasure to repair things. Whenever I am bored, I use things that I find around the house to create something new. At home, we don’t call a mechanic, plumber or electrician. My father and I try to mend it first,” boasted Siba.

Dual power: Siba and Golak Mohapatra were encouraged to participate in the competition as the former realised that it was the best opportunity to contribute towards ensuring a safe environment for women in the country

Want not, waste not

On a Sunday afternoon, when children of her age were busy playing computer games or watching popular superhero flicks, Shrutiparna Ratha of DAV Public School, Chandrasekharpur was engrossed in documentaries featuring villages reeling under water crisis. “While people in some villages walk miles to fetch water, others in Bhubaneswar waste a lot of water every day. I have seen how they wash their cars using hose pipes by the roadside. This happens in my locality as well. I object to such wastage of water,” Shrutiparna said. 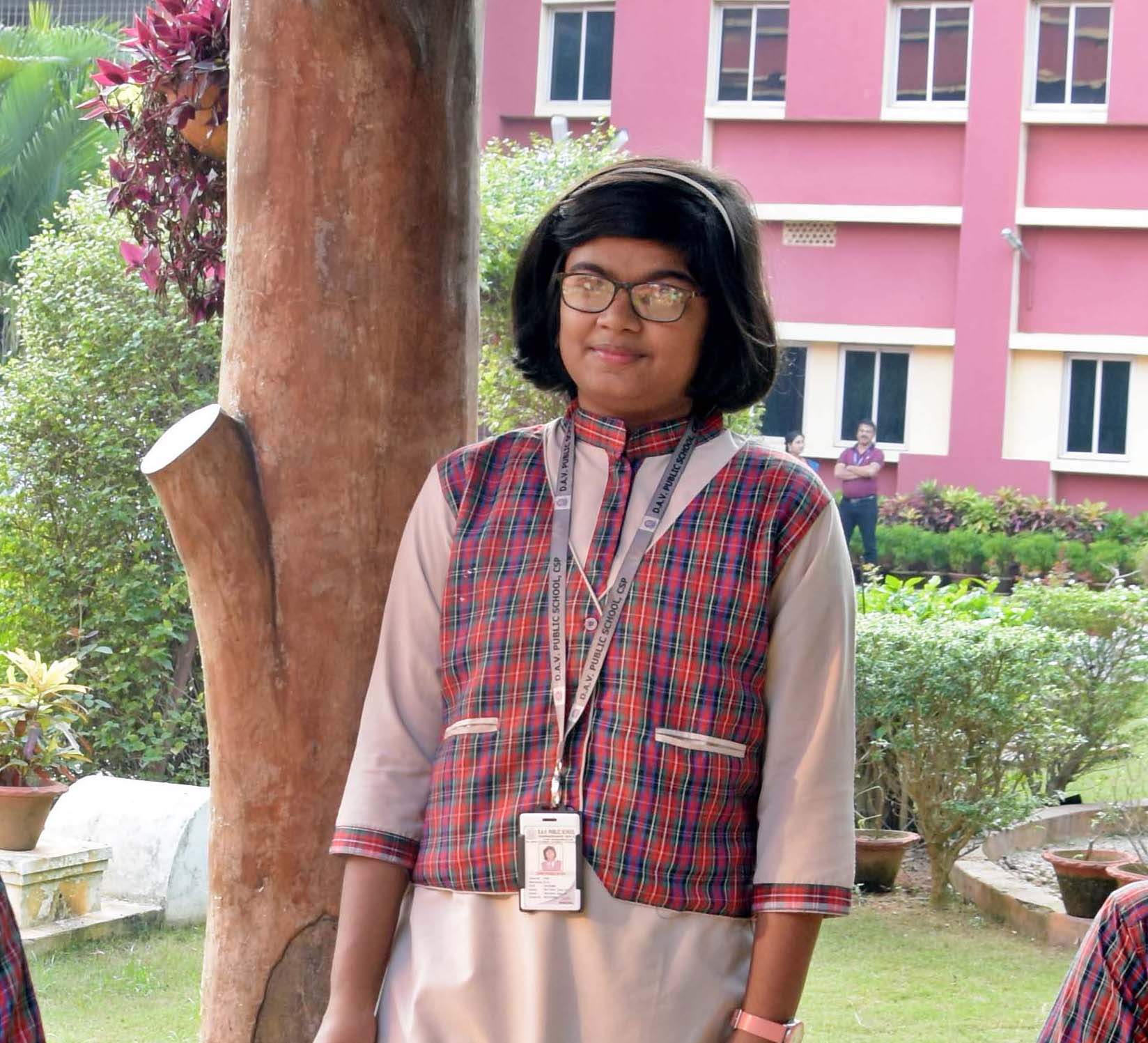 Girl power: Shrutiparna had even qualified for the Junior Mathematics Olympiad last year

When Shrutiparna participated at IGNITE, she attempted to solve the problem of water scarcity. Her out-of-the-box idea was a monitor that would have sensors to alert the user about water wastage. “I wanted to build a device that would guide you on how to use minimum water for a particular activity. It will also warn you if you are found wasting it,” she added.

Picking up after you

A study conducted by Columbia University in 2012 states that India has one of the highest recycling rates for plastic PET bottles at 70 per cent. There’s a vibrant recycling industry that operates in the country. Even as there are machines to recycle these wastes, the initial segregation and collection is still done by human hands. Thanks to the kabadiwalas or the ragpickers, we are able to manage the urban waste to some extent. But these ragpickers continue to struggle for their survival and are often exposed to hazardous substances.

Fast facts: Started in 2008, in the past nine years, 201 IGNITE Awards have been given to 277 children. The total number of submissions from school children received during the various IGNITE campaigns is 1,54,500

While they remain neglected most of the time, here’s one teenager who wanted to give them a better life. Subhra Suchismita Patel of KIIT International School proposed a smart device to ease the work of ragpickers. “On a study tour to Delhi, I was surprised to find out how the ragpickers are exposed to hazardous wastes everyday. Thus, I wanted to make a device that will help them in collecting waste easily. All I need is two buckets, a mop-cum-brush, magnets and clips to make the device,” Subhra explained.

It’s Subhra’s second success at the IGNITE competition. She was awarded in 2016 for her idea of making shoes with drillers or hole diggers for farmers. But how did she manage to win the competition twice? “Winners don’t do different things, they do things differently,” she said. A class XI student, Subhra is also passionate about jewellery designing. “I wish to start an outlet next year. I have designed several necklaces and earrings for my mother,” she chuckles. 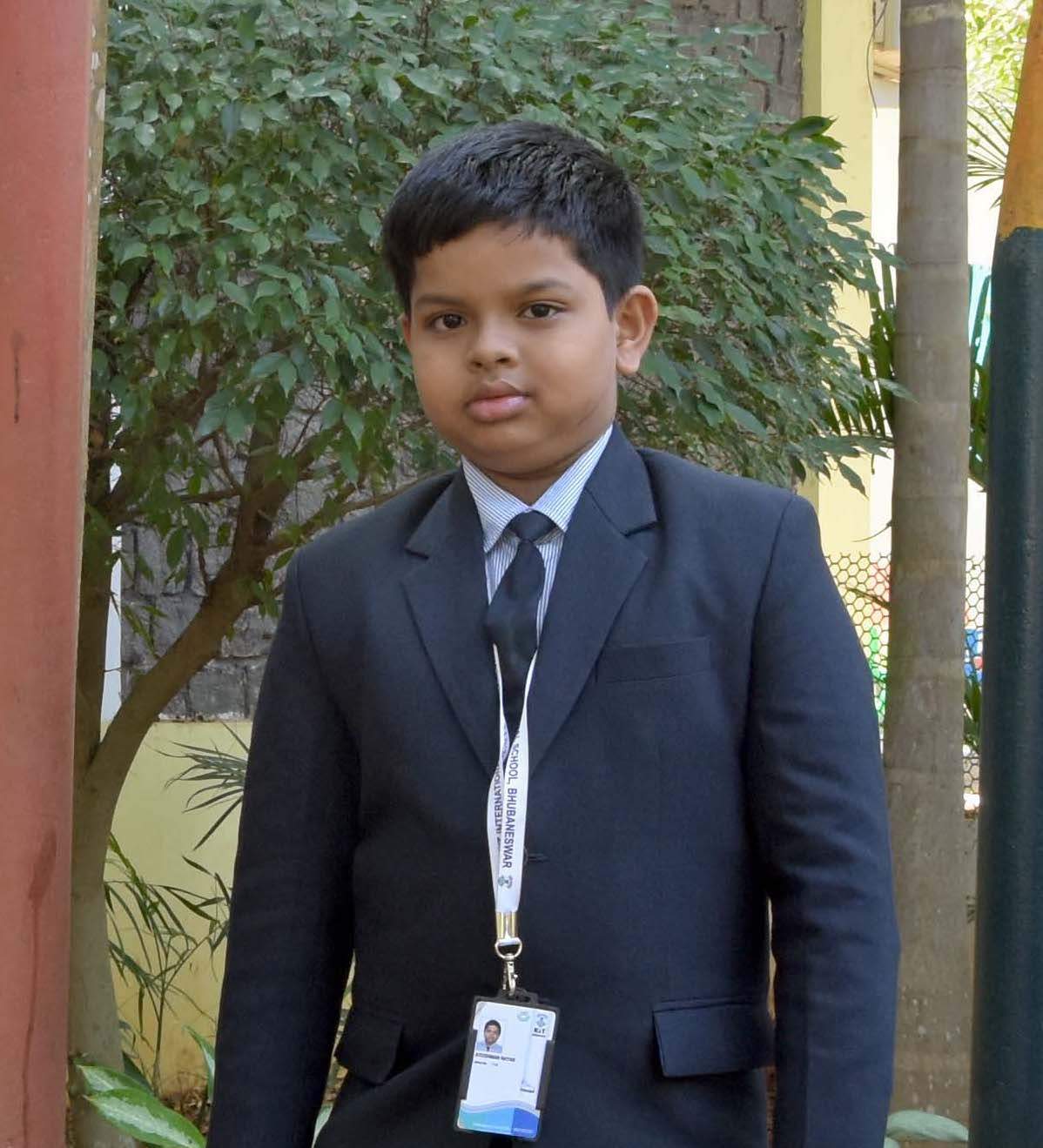 Small wonder: Ayushman Nayak is a student of KIIT

The youngest awardee, Ayushman Nayak, who is a class III student of KIIT International, has a unique idea to recycle wastewater — a washing machine that can use recycled soap water. “Ayush is a little more mature than other kids his age. He keeps juggling ideas to create something unconventional. I didn’t even know that he had come up with the idea, let alone how he managed to bag that award. I was simply shocked but felt proud of him,” said Sucharita Pradhan, Ayushman’s mother. Tejaswani Priyadarshani, a class IX student of Saraswati Sishu Vidya Mandir, Sundargarh has been selected for her idea of designing a bike powered by compressed air. “A compressed-air bicycle or bike is powered by an air engine, which stores compressed air in a tank. Instead of mixing fuel with air and burning it in the engine to run the vehicle, the expansion of compressed air can do the same thing. We will not pollute our atmosphere if we use this for regular travel,” Tejaswani said.