From 123 to 1336: How Sant Kumar Sahani helped build a school from scratch in Bihar's Begusarai

Sahani, who suffered from a partial visibility impairment, started his journey as a teacher on September 1, 1994 at the Gorgama High School in Bihar. But the impairment never became a hurdle

Sant Kumar Sahani was in Class 10 when he had decided that he will become a teacher — a dream not too many dream today. Almost 39 years later, Sahani is now not just a successful teacher but one who is being honoured by the President of India on September 5, Teachers' Day. Sahani is a native of Bihar's Begusarai district.

His journey in these four decades has been eventful, to say the least. Sahani, who suffered from a partial visibility impairment, started his journey as a teacher on September 1, 1994 at the Gorgama High School in Bihar after he finished his MA in Economics. He also holds a Masters in Education and Psychology and had also cleared the National Eligibility Test. He says that his partial visual impairment never posed a hurdle. "Since then I have taught at high schools across the district before I came to the Upgraded High School in Karmouli where I currently teach as the Head Teacher. When I joined there were only 123 children at the school. Now, we have student strength of 1336 children," said Sahani, whose initiatives to improve the educational quality of the school bore fruit over time. The school was just a four-room building when Sahani joined. "Whatever land the school had was captured by people who had started living there. There was also a section of the land which was just a seven-feet deep pit. The government helped fill that up. I had to convince and counsel the people to make them understand why they can't live there. The next challenge was to enroll children. This area was known to have a Naxalite issue at that time and the people are extremely poor. Leading these kids towards school was a challenge. We not only asked the children to come to school, we involved the parents as well," said Sahani. "We started inviting the parents to cultural programmes where they were awestruck and proud to see their kids perform on stage. We also started organised feast in school so that the parents who were contributing to that felt a part of the entire process. Now, children from around a dozen villages come here to study," said Sahani.

It was not just about improving the strength of the school but to provide quality education. "While the state's average success rate in Class 10 was 68 per cent we had achieved 92 per cent. Not only that, 55 per cent of our students have passed in First Division as well," said Sahani with a proud smile. 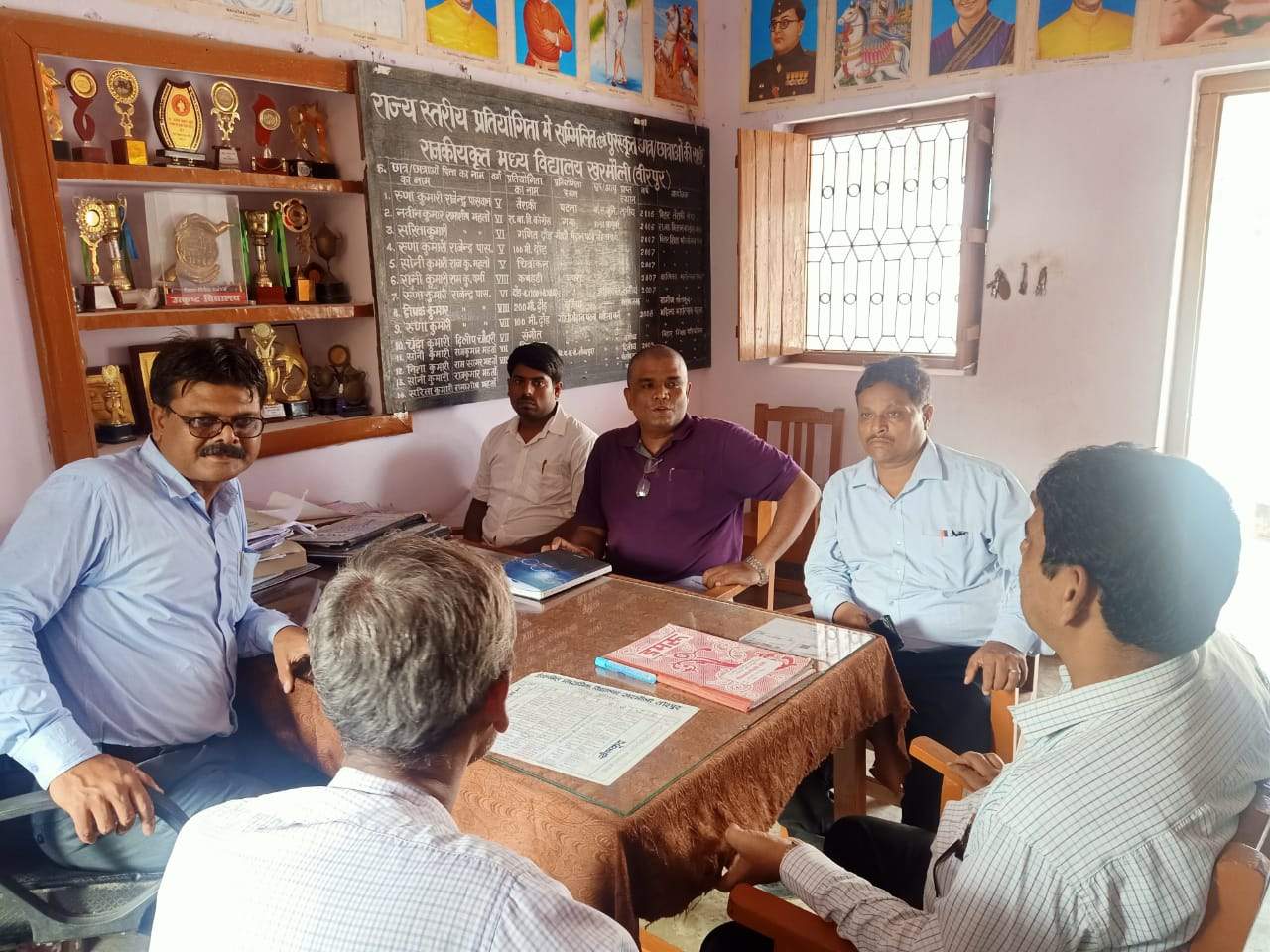 But what drives a government servant to give more than what is asked of him? "I have always wanted to teach and give the best possible education that I can provide. I have had successes, small and big, that has motivated me over the years and kept me going," he added. "I wanted to work for the betterment and upliftment of the marginalised. I always think why not stay useful while you can. Only if you work you will be energised and you will feel lively," he said.

At a time when the pandemic has brought everything to stand still. Sahani's students have not been off their books. "We already had instilled the habit of self-study in the kids. They would get together, discuss a topic, seniors would teach their juniors — these activities always help in conceptualizing things. Most of our students are first-generation learners so the parents cannot track their kids' education. But we asked them to ensure that the children are reading out loud and also writing. This helps them stay connected and gets them into the habit of studying in their own. They don't feel overwhelmed at a time like this " Sahani explained.

Teachers Who Inspire is our little tribute to some great teachers out there who are bringing hope to entire generations and reaffirm our faith that no other profession comes even close. Happy Teachers' Day to every teacher out there. You know you're awesome and so do we!