Dr Asima Mukhopadhyay believes that community-based education, public funding and a larger number of cancer research organisations is the key to dealing with women's cancer in the country

The danger of cancer continues to cast a shadow of fear in the lives of Indian women. According to experts, the women being diagnosed grow younger by day compared to the same in developed countries. UK-born Dr Asima Mukhopadhyay is a clinician-scientist in women’s cancer. Having set up the Project Ovarian Transnational Group of Studies in Kolkata in 2015 and the Kolkata Gynecological Oncology Trials and Translational Research Group, the first-ever research group from India to become a member of the Gynecological Cancer Intergroup, she is one of the leading voices in women's cancer research and in the country. This year, she donated her royalty money as a co-developer of the PARP inhibitor Rucaparib (an anti-cancer drug) to build research capacity for cancer in India. We spoke to her about what needs to be done in cancer research in the country and how we can ensure that treatment reaches the people who need it the most. Excerpts:

What is the current status of women's cancer care in India? Could you outline the areas where we need to move ahead?

The keys areas where we need to move ahead are public awareness through media and community-based programmes. School and college health education would be a major step in ensuring that women with symptoms get to see a cancer specialist in regional cancer centres in the first place rather than reaching thereafter a significant financial drain and loss in valuable time or inadequate treatment. Secondly, we need more trained specialists and dedicated organ-specific cancer teams capable of addressing our specific needs. We also need preventive measures like vaccination, screening, genetic testing and risk-reducing surgeries, as well as ensuring access to life-saving cancer drugs and treatment options.

What led you to make the decision to donate your royalty payment?

On a personal front, I decided on a career in cancer care and research after the demise of my father at a relatively young age in 1998 due to cancer. It was not so long after that I had graduated from  Medical College Kolkata. As a cancer survivor family and a young budding doctor, I had the first-hand experience of the emotional, social and economic turmoil and helplessness that one has to undergo to fight this disease and the need for better treatment options and research towards this.

After my return to India in 2015 from the UK, I had joined a reputed cancer centre in Kolkata as an onco-surgeon; I noticed that in India, a majority of cancer patients are not aware of the need to participate in studies or clinical trials which automatically improves the quality of care. In countries like the UK, major cancer research organisations are heavily supported through public funding and donations. We need similar support mechanisms in India including media support and goodwill for promoting better patient care. 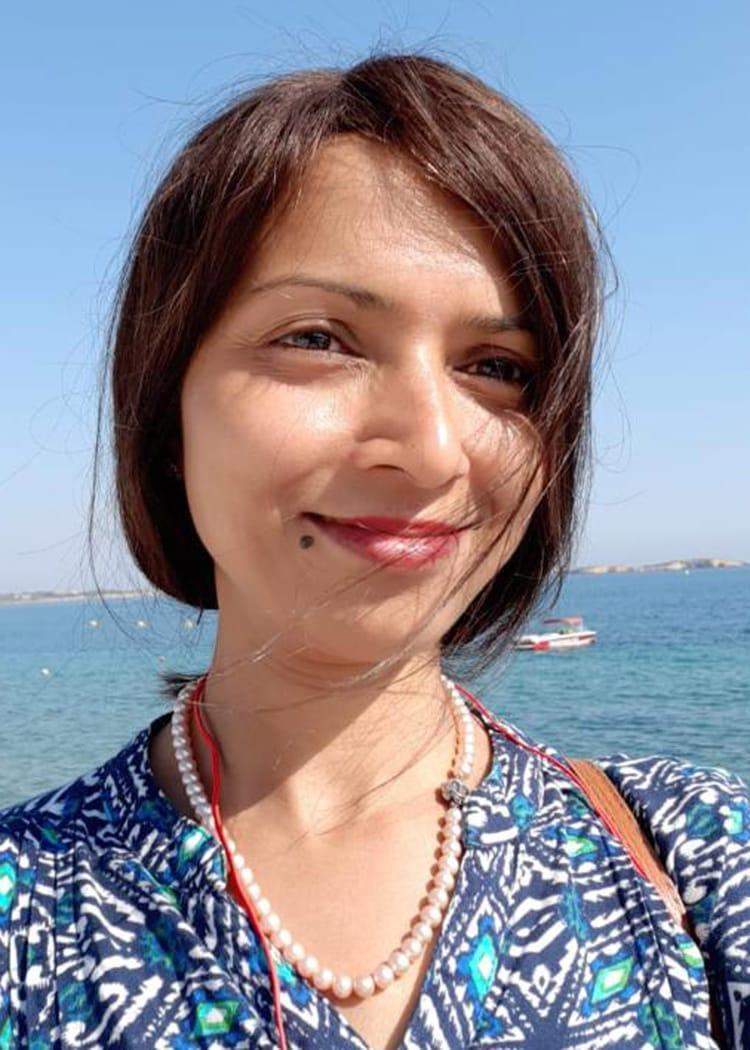 Could you describe your discovery around epithelial ovarian cancer and the implications it has for treating cancer?

It had been previously shown by the Newcastle University group of researchers in the UK and various other groups that cancers harbouring a genetic defect in the BRCA genes are very sensitive to a new class of anti-cancer drug called PARP inhibitors. I joined this group in 2008 as a clinician-researcher for my PhD. In 2010, I showed that approximately that 50% epithelial ovarian cancer patients harbour a defect called BRCAness or homologous recombination deficiency (HRD), therefore providing the scope for extending the use for PARP inhibitors to a lot more women compared to only 10-20% of women who have inherited detects in the BRCA gene.

In 2011, this was published as the first-ever report showing the importance of functional BRCAness. I developed a functional biomarker assay (used to understand the mechanism of action of a drug) using ascitic fluid from ovarian cancer patients at the Northern Gynaecological Oncology Centre in Gateshead. After 10 years of my original publication, there is a renewed interest in adopting the functional HRD assay as a better biomarker for selecting patients suitable for PARP inhibitor therapy.

Are women in India at a position where they can seek medical help successfully? How do we spread more gynaecological awareness among the general public?

Partially, yes. There are health systems available and women can seek proper medical health at the tertiary centres. However, many primary and secondary health centres are not much developed and we often find patients referred to us with partial or incomplete treatment. The need of the hour is to train the trainer. Healthcare workers should be trained regarding various cancers, their symptoms, risk factors, hereditary factors and their preventive and treatment opportunities, so that they are able to identify the population at risk of cancers and create health education camps for enlightening the population.

School health awareness campaigns can be created so that children of ages 12 years and above are educated regarding breast self-examination, menstrual hygiene, personal hygiene, obesity and hereditary cancer history so that they are aware of their physical and hereditary risks and act accordingly to prevent cancers in future. These children are the future of our society and if we can incorporate the knowledge of health awareness, the cancer risk in women will sufficiently decrease in future. I firmly believe that if we can incorporate such community-based awareness and screening camps integrated within the existing governmental structures, the access of women from low-income households will surely increase.