The 10-year-old has always been interested in electronic gadgets and had an inclination towards Robotics, said his parents

Shreshta Singhal, a 10-year-old student from Presidium School, Indirapuram in Uttar Pradesh won the top spot in using robotics and coding to create a contactless dispenser that can curb the spread of the COVID-19 pandemic. He secured the first place in the Hackathon, a challenge in the Avishkaar League that encourages young minds to think of solutions to solve global challenges.

Sharing his experience after winning the hackathon, Shreshta said: "I was very excited after I won the first prize. It was a great learning experience. I am just in Class 5 and coding is new to me. I got hands-on experience in coding through their Maker Board. I was allowed to perform every experiment before I could reach the final design."

Shreshta tells us that his product will help avoid the unnecessary touching of tap surfaces. The contactless water dispenser was made using an Avishkaar maker board, an infrared sensor, a water level indicator, a water pump, a 10K resistor, a breadboard, a Z44 Mosfet and wires for connection. Shreshta has been able to fit all of the components in a box with a tap like structure peeping out and he says he tried to make his creation compact and look presentable. It can be used for dispensing liquids like drinking water, tap water, or liquid soaps. The power supply to the maker board can be from any USB power source like a computer, laptop, power bank etc. 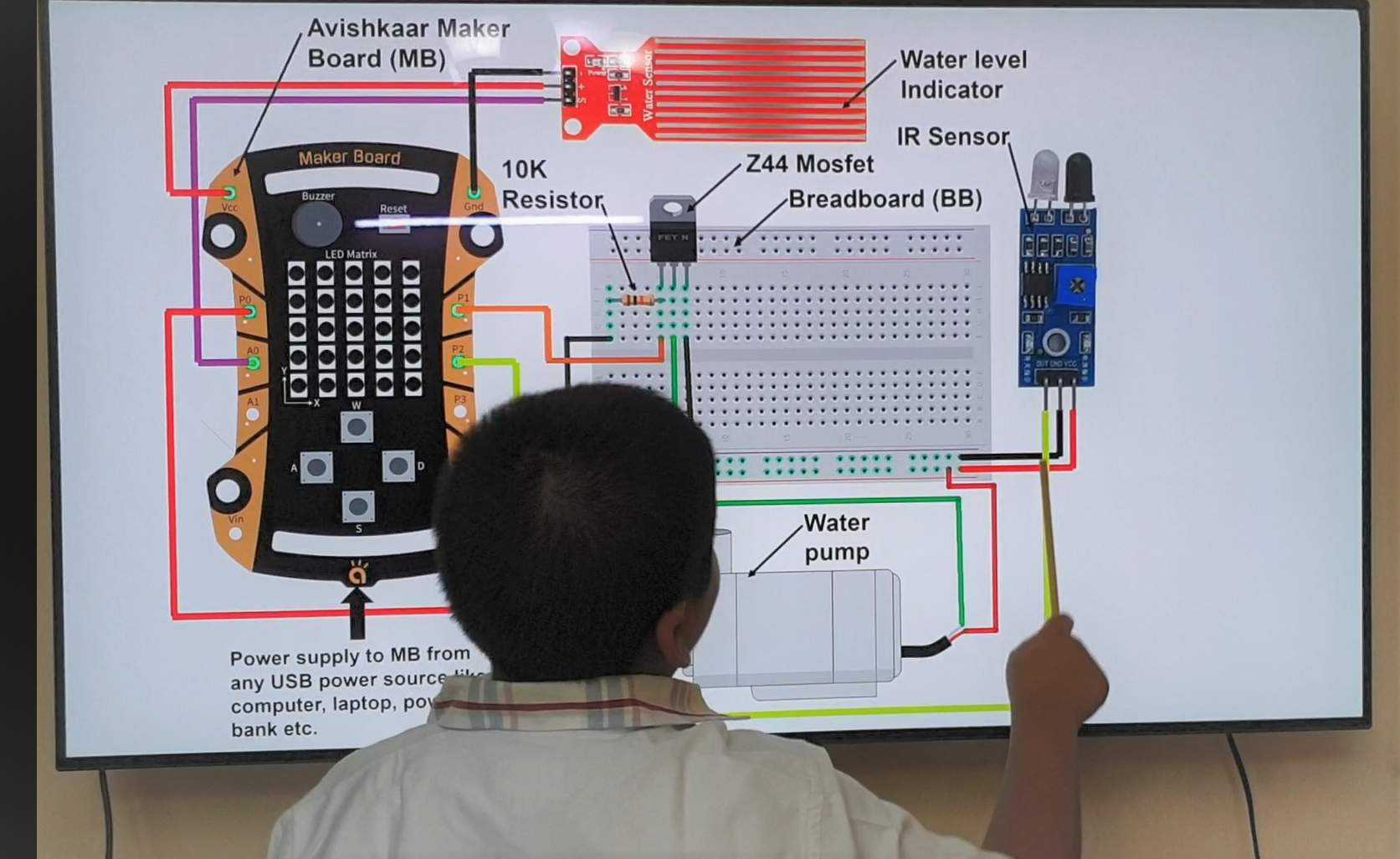 Shreshta, who at such a young age has achieved something not everyone can, says that he loves playing the game Minecraft and wants to learn more coding to create games like that in the future. The 10-year-old has always been interested in electronic gadgets and had an inclination towards robotics, adds his parents. "He did a course with Avishkaar before the hackathon to learn the basics. He researched from the internet too. Whatever he has done it's all his own doing. Sometimes people don't believe that at a such a young age he is interested in these complicated concepts. I am not from a technical background, his father is and he received a lot of guidance from him. Shreshta is an inquisitive child and we do not pressurise him with anything. He came and told us he wanted to do this so we got him all the required guidance," his mother tells us. Currently, Shresta has begun learning JAVA after he asked his father to get him a book to help him with that.

Shreshta’s parents were delighted and his father added: "We are so proud of our son. He used to work till late at night to ensure that the model works perfectly, and all his efforts paid off. Contactless dispensers are the need of the hour and can now be made using this technology."