The minds behind Two Broke Girls with PCOS, the Instagram page talk about this important condition — and how they're dealing with it and what's working and what's not

When 24-year-old best friends, roommates and colleagues Namrata George and Teresa Boban noticed an increase in the hair collected in their bathroom drain, they blamed it on Bengaluru's water. After they both moved to the city from Kochi, the two have been working for a company called Streamoid. It was only last year that they both discovered that they have one more thing in common: Polycystic Ovary Syndrome (PCOS). This month, they set up Two Broke Girls with PCOS, an Instagram page that aims to bring people's attention to the syndrome that an increasing number of women today are living with.

It was Teresa who got diagnosed first. Around this time in 2018, she skipped her period for three months. Teresa went on to make large lifestyle changes like cutting off dairy, rice and carbohydrates from her diet. "Dealing with PCOS is different for different people," she assures, adding, "But we all need to do our research and learn what we must ideally avoid. Personally, I had been fighting weight issues forever. I probably had PCOS since I was 12, from what I can recollect, but we don't know now because there was always such little understanding about the condition then. Not enough has changed now as far as awareness is concerned."

Namrata had never had acne before.Three months ago, she started to break out and it puzzled her. Neither had she ever struggled with weight or missed a single period in her life. One day, she was hit with a severe lower abdominal pain. Over time, she noticed that she had hair growth in unusual places and the skin around her neck was darkening. While Teresa pointed out that it might be PCOS, her mother was convinced that she had a kidney stone. When the pain worsened and her period came a week late, she decided to visit a doctor. 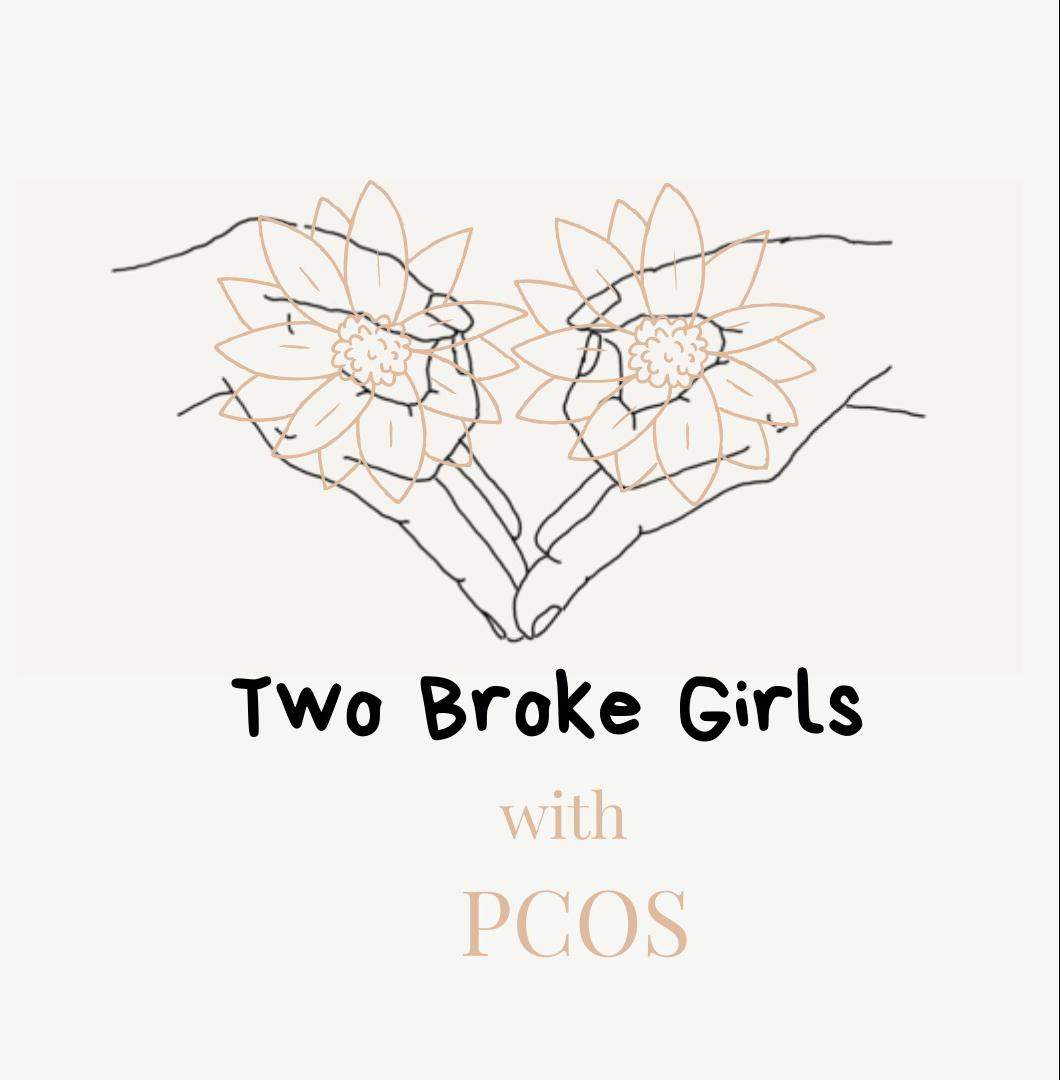 NO BREAKS: The page was created to inform other women about the condition

Namrata says, "Even the doctor was convinced that it was a kidney stone. I had to piece the puzzle together myself and found out from a scan that I had multiple follicles in both ovaries. PCOS is the last thing doctors think of, in our experience. They literally made me take every other test before they realised that this is the condition that I had. It's serious enough to always be in every doctor's radar and I wish they would take it more seriously."

According to the US Department of Health and Human Services, there is currently no cure for PCOS and it does not go away on its own. It can only be helped with medication, lifestyle changes and exercise. The girls chime in, "You can only make the effort to be more careful with your daily life choices. Most doctors only prescribe maximising a healthy lifestyle. But the most important thind is to be aware of it. So much positivity can come from simply understanding our own bodies, eating better and staying fit."

Thus, they decided to set up an Instagram page for women to learn more about the condition and help them navigate through it on a daily basis. Having borrowed the name of their group on Splitwise, Two Broke Girls with PCOS, they decided to take the lessons they had learnt to help other women like them. The page offers meal plans, exercises and lifestyle cues. They urge women to make small changes like just 45 minutes of walking, cutting down on certain foods, taking care of your mental health, skincare and focusing on organic products. 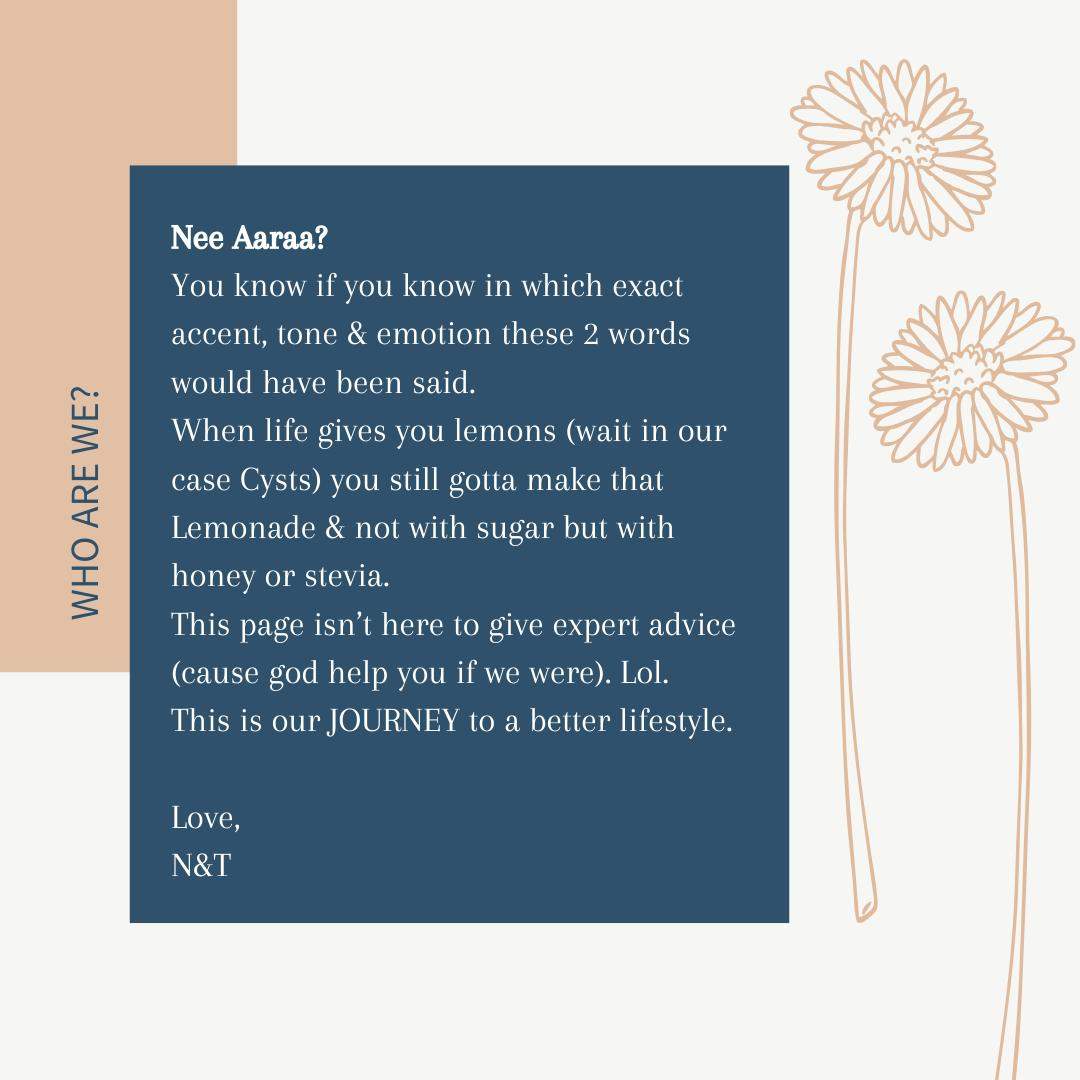 REACH OUT: PCOS cannot be cured, only managed

"When it comes to PCOS, everyone just shrugs it off or says it's fine," says Teresa. "Stigma or inertia surrounds the way PCOS is approached in our society. We wanted to tell people that it's okay to speak out about how this condition affects you. A lot of people who struggle with PCOS also have to deal with depression and anxiety. And we need to be able to talk about all this without the fear of being judged."

Namrata adds, "For a lot of women, including me, PCOS is genetic. With early detection, the process is a thousand times easier. In India, women don't really take the idea of visiting a gynecologist at least once a year seriously. So there are a lot of warning signs and clear symptoms that we ignore just because we are not prepared to make that dreaded trip to the doctor. So a lot of the time, we go without knowing very important changes that our bodies are going through."

After setting up the page, a large number of men and women approached them saying that they had never even heard of the condition before. One follower even admitted to getting diagnosed after reading up on the symptoms on one of their posts. Of the way society deals with women's healthcare, the girls say, "We live in the type of society where they ask us to keep quiet about PCOS because it may lead to people talking about your fertility issues and get in the way of someone marrying you. It is important to know that nothing matters except your good health, women need to know that it's not always on us."