How East Kolkata Wetlands' school kids are 'dialoguing' about their ecosystem

We spoke to the founder of Disappearing Dialogues, an initiative that's creating awareness about conserving water among high school students to find out more

Kolkata has a free-of-cost, natural sewage treatment setup spread over 125 square kilometres — East Kolkata Wetlands. It has been designated a "wetland of international importance" under the Ramsar Convention on August 19, 2002. But you probably didn't know this, did you? You're not alone! In fact, even those who live in the wetland area need to be properly informed about the significance of these marshy lands that constitute the largest sewage-fed aquaculture in the world. Nobina Gupta's Disappearing Dialogues initiative is on a mission to educate the next generation — approaching public schools in the area to let them organise lectures, creative workshops and much more — to teach kids how to conserve the ecosystem they live in and make waste management fun.

The social, cultural and ecological aspects in this ecosystem are entwined, but unfortunately, it's losing its unique structure and needs conservation. Disappearing Dialogues was set up with the sole objective of facilitating this conversation and their first step was to find a way to keep the practices of the wetlands alive in the minds of school children. "Our aim was to make them aware of their own heritage and to empower them to speak for themselves. And that sense of belonging will develop only when they realise what role they play in the ecosystem," explains Nobina. 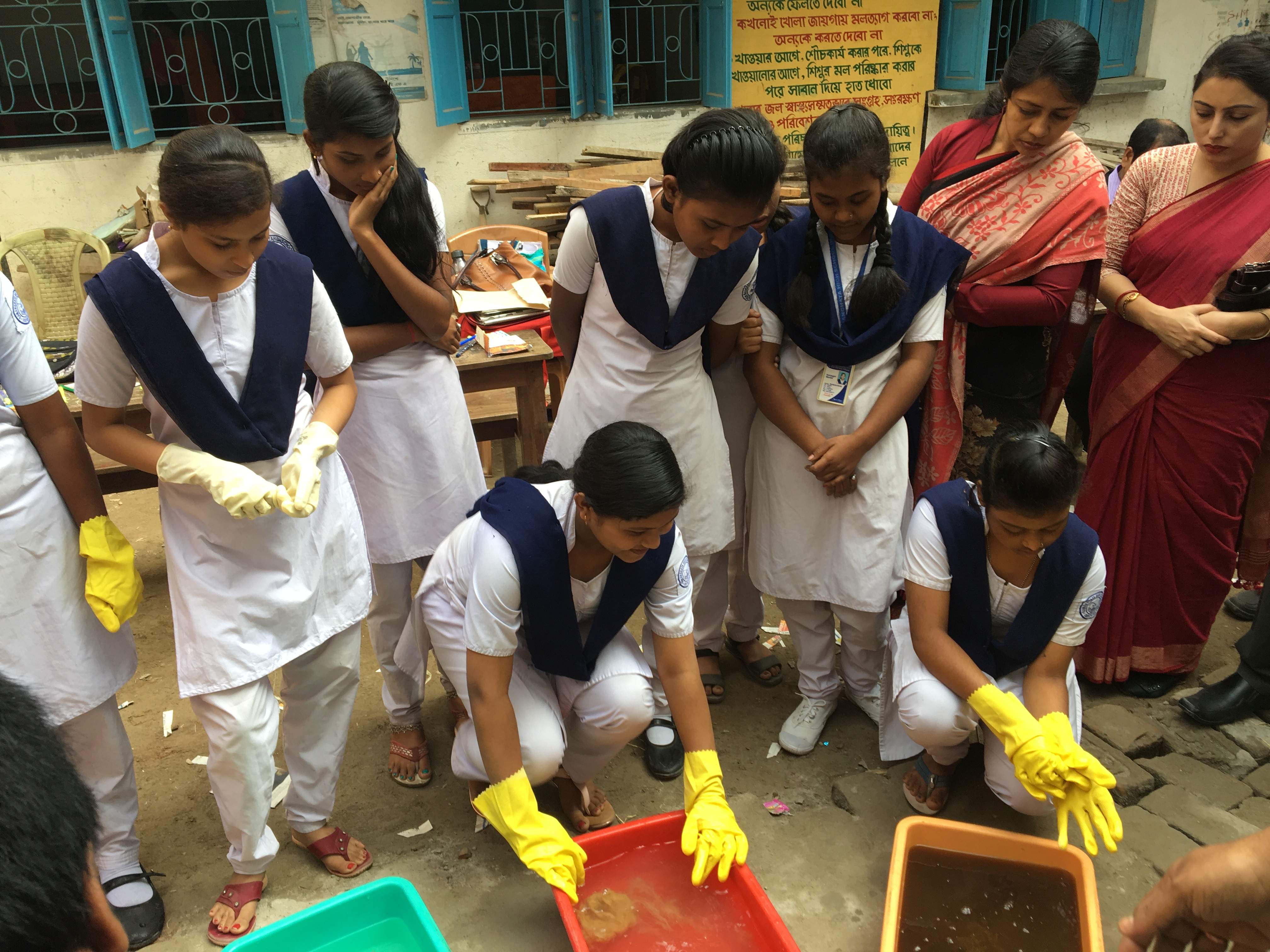 The introductory workshops brought out a lot of things and helped us plan our course of action. We realised that the children need to understand that the practices that their families have maintained for years actually work and everything has a scientific explanation. But we didn't want to teach them in the classroom format. They already know all this, but have turned a blind eye to the issue. We merely needed to nudge them to open their eyes

Nobina, who is a full-time artist, manages an art school that works for children's welfare using art therapy. She heads the Disappearing Dialogues team with the help of experts, artists, and people who want to bring about a change.

The team, supported by the German Consulate in Kolkata, approached four public schools in the area with a proposal to conduct lectures and workshops about waste management in the wetlands. "We sent pre-workshop questionnaires to the schools. We selected 50 students from each school and started with a discussion based on their answers. That gave all of us a better perspective," says Dhruba Das Gupta, a researcher who has been involved with the conservation of the wetlands for over two decades and has now joined Disappearing Dialogues as a facilitator. "Ideally, the workshop is for everyone, but we had to keep it to 50 per school due to the lack of scale. The kids, mostly from Class IX and XI, learnt to reuse plastic bottles as pots for small plants and they made bags from used newspaper. These could be included in their curriculum as well," suggests Dhruba, who has worked with Dr Dhrubajyoti Ghosh, a UN Global 500 Laureate for his work on conservation of the East Kolkata Wetlands. Waste management awareness: Students learn to reuse plastic bottles as pots for small plants and they made bags from used newspapers (Pic: DD)

The team does not want to stop at just skilling school children. They want to skill the women as well and explore the chances of making it a livelihood option for them. "This can be an alternate career option, not just for the women but for the youth too," says Nobina, adding, "I have seen too many young, educated people end up in low-paying manual labour jobs. I don't want these kids to study in vain. Instead of becoming construction labourers out of compulsion, they can be future agriculturalists, entrepreneurs, earn from organic farming or make organic products. This takes care of the environment and also gives them a better life too."

This is not the first time Disappearing Dialogues is helping society hold on to its roots and learn from the practices that have almost disappeared. "I got the idea back in 2010. The project has gone to various states since then, including Ladakh and Madhya Pradesh. I have always felt that there was a disconnect between generations in these communities. The younger generation is educated but is distant from its roots and this gives rise to a kind of identity crisis," concludes Nobina.