Unfair and Lovely: How Kavitha Emmanuel has been on a crusade to prove that Dark is beautiful for ten years and counting

Ten years down, the Dark is Beautiful campaign went viral in 2014 and received positive responses from both men and women from 18 different countries

Right from matrimonial ads to fairness creams, most advertisements attribute lighter skin tones to success, and darker tones to failure or something to improve upon. "The idea of being fair to be successful is deeply ingrained in our culture, although in recent times, we have seen advertisers break away from the traditional line of thought. But a lot more needs to be done for people to be accepted for their darker shades of skin tones," says Kavitha Emmanuel, founder of the NGO, Women of Worth.

The NGO, which was established in the year 2007 by Kavitha, along with her friends, works to empower women by regularly conducting workshops and counselling sessions. In 2009, they launched their Dark is Beautiful campaign to express their solidarity against the colour bias. "We are all aware that colour-based discrimination is prevalent. Our experience of counselling young women made us realise that it is a really sensitive issue and people do not want to come out and speak about it," says Kavitha, explaining the reason behind the campaign.

"We have had occasions where children haven’t sat next to other children because they are dark, siblings who are of lighter skin getting special attention and so on. These things are deeply embedded in a child's mind and as they grow, it affects their confidence and how they perform," she adds. Kavitha Emmanuel, Women of Worth

In order to highlight the gravity of the situation, Kavitha along with her team started an online petition to challenge this stereotypical notion. Following this, in 2014, the campaign went viral and received responses from 18 different countries. "Both men and women, young and old shared with us their personal stories of facing discrimination due to their skin tone and they all stood up to embrace their true self," Kavitha says, about the responses. "Being stigmatised for being dark-skinned is a persistent problem. We continue to receive responses from across the globe and we continue to hold more workshops and counselling session," she adds. 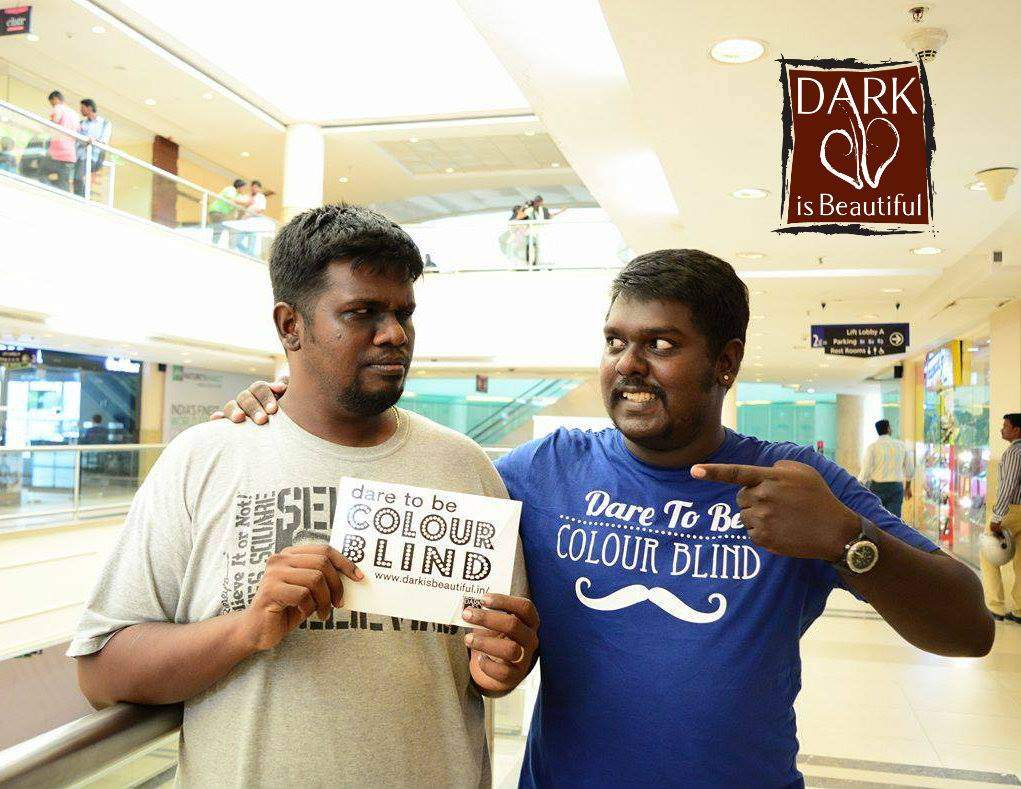 Dare to Be: The campaign aims to sensitise and empower people against society's fair and lovely tirade, and break the barriers of colours and prejudice

Kavitha adds that if you are dark and happen to be a woman, then society's approach to you is bound to be more explicit. "When a child is born, people first want to know the gender of the child, followed by the colour.

If the child is a girl and dark, then this bias starts the moment she is born. ‘Who will marry her?’ ‘Who will take care of her?’ ‘Her poor parents will have to pay a hefty dowry to marry her off.’ When people inform someone else that you are dark, it is their way of saying that something isn't right," Kavitha concludes.