The Kudumbashree's Attappady Special Project brings together dropout students from tribal communities to educate them about, well...everything!

The air grows a little colder as you manoeuvre the hairpin bends to Agali, Palakkad. Set atop a hill in the area, the office of the Kerala Institute of Local Administration (KILA) peeks through thick forest trees and walls of red brick that feels cold against my travel-worn hands. In the halls, the light filtering through small windows and crevices found a way to highlight the mothers of the community kitchen huffing as they carried hot utensils back and forth, the little children sitting on the corners of staircases and teachers in their staff rooms, discussing their day. Taped outside one of the rooms, a note with a grinning smiley reads, ‘This is for our Attappady’.

I walk in as the teachers from the Sholayur panchayat are in the middle of a meeting. The teachers are volunteers for the Bridge Course programme, an initiative by Kudumbashree’s Attappady Special Project, where they teach students from the tribal communities of the Irula, Mudugar and Kurumba, belonging to a particular ooru or settlement. Currently, over 127 courses are running across the panchayats of Agali, Pudur and Sholayur in Palakkad district and 2,776 children have been enrolled from different areas. 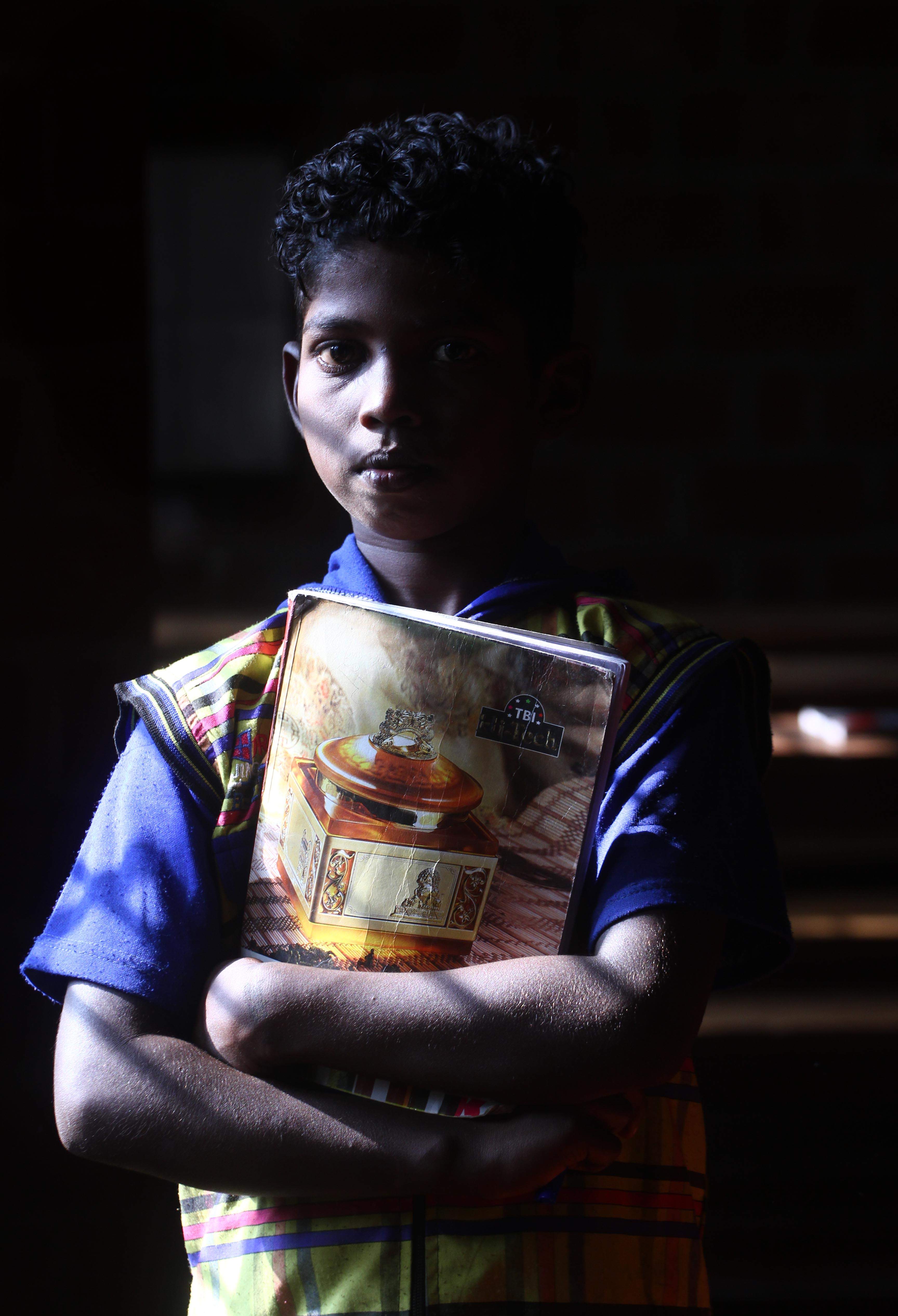 Teach reach: The programme focuses on students who drop out of school due to discrimination or abuse

“Today, one of my students came running to me. Only he was able to answer some of the hardest questions in the day’s quiz,” says a delighted teacher, Chitrakala P, “I was overjoyed to see how happy he was. It’s the sort of thing I look forward to every week.” The programme was introduced with the vision of securing the overall development of the children by focusing on four major areas: food, health, hygiene, education.

At the beginning of each year, the teachers discuss the specific needs of their students and prepare a module based on it. “People normally look down upon those from the Attappady region; they have this idea that we are all suffering up here. We want to change that image from within,” explains Selvaraj U R, another teacher. He adds, “We teach them our traditional songs and dances like ‘Kummi’ because it is up to them now to pass it on, otherwise it could die with us.” Almost 90 per cent of the teachers are from within the tribal communities.

When I was younger, children in our community grew up with a lot of difficulties. There were no options or facilities. These children are fortunate to have this opportunity. This is a programme that has to go on for as long as possible. It needs all the support in the world

A few metres away from the main campus, KILA runs the Bridge School for dropout students. Sudheesh Kumar, a Young Professional of the Child Resource Center, walks in all out of breath between running errands for the students. “In early 2015, Kudumbashree had conducted a meeting with the locals where a lot of young girls complained about instances of violence. They had been discriminated against based on their Adivasi identity or physically abused,” he explains.

A member of the three-member committee that decided to conduct a survey in various localities based on the reports, Sudheesh gestures to the children peering out of their hostel windows as we near the classrooms, “They all said the same thing, they were dropping out. This is when we realised that we needed a programme that would bring education to each ooru. This was the idea behind the Bridge School.” In September, the team brought in ten children. “We would be taking class only to find out later that half of the students had slipped out from the back. For more than a week, our job was to find them and bring them back. They really did not want to be here!” he laughs.

But how did they get the students to study? “In the beginning, we hadn’t touched a book even once. We would teach them through songs and dances from their communities,” he explains, “We would talk and joke with the children in an attempt to be one among them. They had gone for so long in these unfamiliar places, where they were treated differently. It took a lot of effort for them to respond to us.” When the children realised that they could trust them, the teachers slowly took the textbooks out and began slipping in lessons between their playful banter. 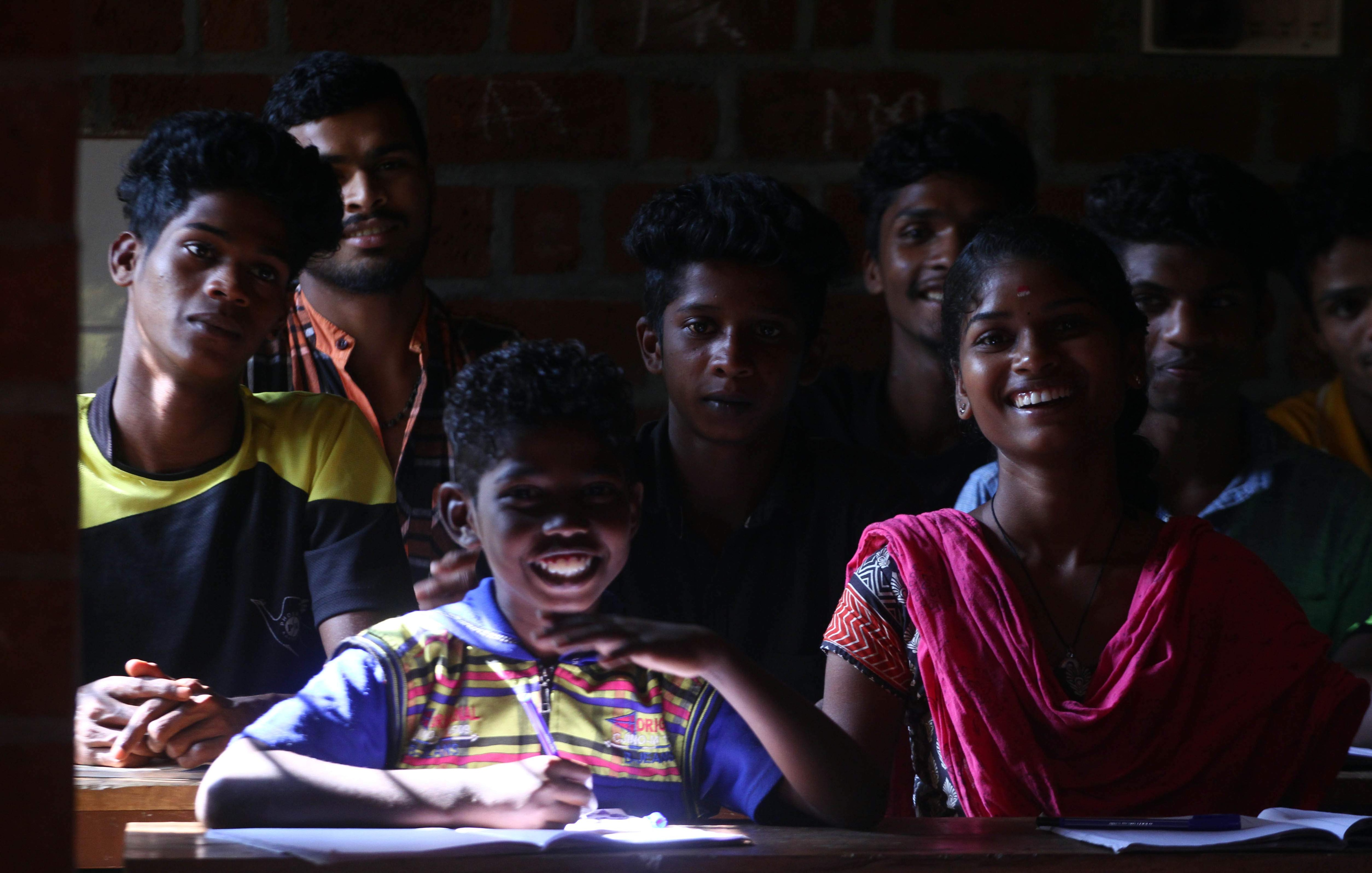 Change range: Teachers find that substance abuse and child marriage have reduced among the enrolled children

After a few classes and sessions with them, Sudheesh explains that he saw a real difference. “We noticed a change in the way they carried themselves. Their voices commanded respect, saying ‘we are Adivasis and these are the things that we need, the things we deserve’,” he says. Encouraged by their confidence, the team brought in more teachers. “We made it a point to bring in teachers from the specific communities. By this time, it was obvious to us that a major reason for the dropouts was the fact that there was a huge cultural and linguistic barrier. We posted teachers who spoke their language. Everything we do is from within the community. We want them to speak and act for themselves,” he adds. For three months, it was regarded as a basic camp with cultural programmes, dictation, poetry and other forms of storytelling. It was only by the end of the year that these girls and boys came together under the banner of Bridge School.

So, how do the children feel about their classes? In the classroom, Chandini K’s students were starting to lose interest. Their eyes stealing long glimpses outside the window. Vignesh from class VI immediately claims that Chandini’s Hindi classes are his favourite, but sometimes, he ‘loses concentration’. Hailed by his teachers as a closet genius, he was brought in from his previous school in Ernakulam because of a problem with his accommodation. Vignesh brushes off his great feat of conquering mathematics saying, “I want to be an army man when I grow up!”

Honestly, I hated going to school. I’m only here because my mother forced me. But things are different here. We can actually speak to the teachers openly. Now, Biology is my favourite subject and I don’t want to leave because I’ve made so many good friends

Vignesh’s cousin Preetha laughs as she clutches her Hindi textbook close to her chest. Preparing for her class X equivalency exam, she says, “I started losing interest in school after the rainy season started. I was staying at home when an animator named Bindu told my mother about the Bridge School. I wasn’t interested, but my mother forced me to come here.” Preetha was one of the oldest students to join the school in May 2016. Today, she wants to become a social worker and can read Malayalam and English. And as for Mathematics, she confesses, “I’ll always hate Maths. But unlike before, they are now explaining concepts in our own language, so that I can at least try to understand.”

Maheshwaran, who is in class VII, was pulled out of his school in Thrissur because his parents feared that he would be taken away by criminals. But why are they all sent so far away for an education? “There is a belief in our ooru that if a child is sent away from home, they won’t have thoughts of their mother,” he says, looking at another for agreement. “Yeah, they say that, but it’s not true,” chimes in Vallarasu. After Vallarasu’s father passed away, he suddenly found himself with the responsibility of having to look after three siblings and his mother. Although he discontinued his studies at the time, he was happy to have found a school nearer to his home when they brought him to the Bridge School. 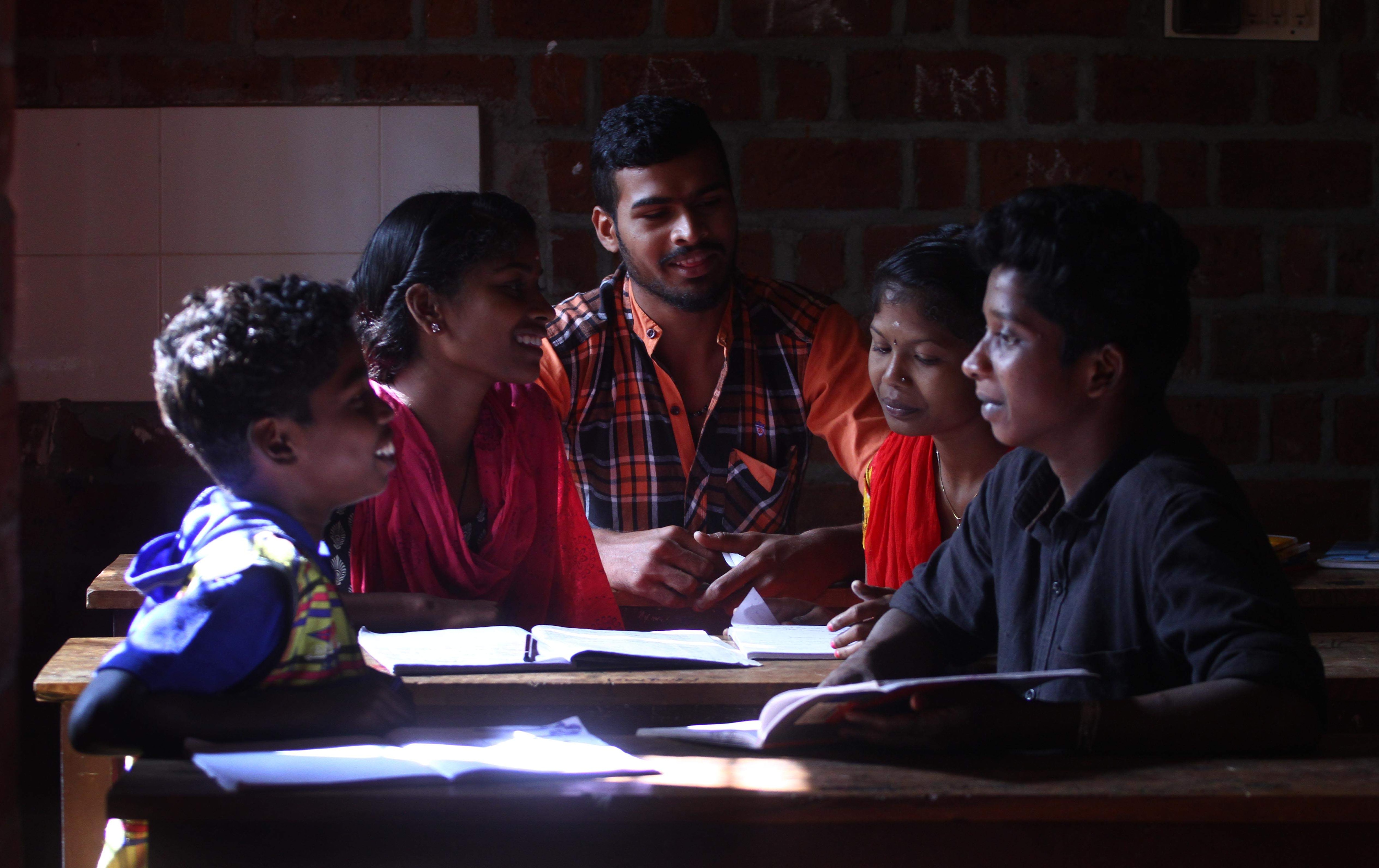 Class act: The programme educates students about their own culture and traditions to preserve them

As school comes to an end, Chandini wipes the board with her bare hands. Her eyes follow the students as they run outside, saying, “Some of these dropouts come from parts of the forest where even the Sun doesn’t reach. One thing that we must always keep in mind is that Malayalam is to them what French or German is to most of us. We must recognise who they are before we start thinking about what we want them to become.” I look out to see some of the children pile into a jeep for a football tournament in Mannarkad. “Even if they don't have electricity, the one thing that they have in common in all the settlements is a football ground!” she quips.

“There is this idea that the outside world has about what Attappady looks like,” says Chandini, “They think it’s all poverty and malnourishment. But a lot has changed, not because of the people who saw us merely as victims, but because of some of us who chose to see the hope in these children’s faces.” The words linger in the air as we say our goodbyes. The note remained outside the office, the dried glue on its edges that were slowly peeling off. Indeed, this is for our Attappady.