Anirudh Kanisetti's podcasts Echoes of India and Yuddha give an interesting insight into Indian history. He also runs a meme page to boot

One word that comes to our mind when we think about history, history books and history classes in school? Boring. Yes, that's what most of us associate history with. But it doesn't have to be like that. Or at least that's what Anirudh Kanisetti is trying to achieve. In 2018, he started his podcast — which is available on IVM Podcasts — Echoes of India, which aims to add the word 'fun' to history. Not convinced? Then head over to his meme page on Instagram — The Chola-Bhatura Empire — for hilarious memes steeped in historical facts. Now if that's not cool, I don't know what is.

Anirudh, who is a geostrategy researcher with a Bengaluru-based think tank, The Takshashila Institution, wanted to make India's rich history and heritage easier, accessible and most importantly, fun for the youth. "History, or at least the way it is taught in our schools is seldom fun. Through my podcasts I want people to understand that these are tales of people like us, who had similar complexities. That makes it more relatable, contemporary and fun," says Anirudh. Echoes of India now has two seasons with a third season on its way. 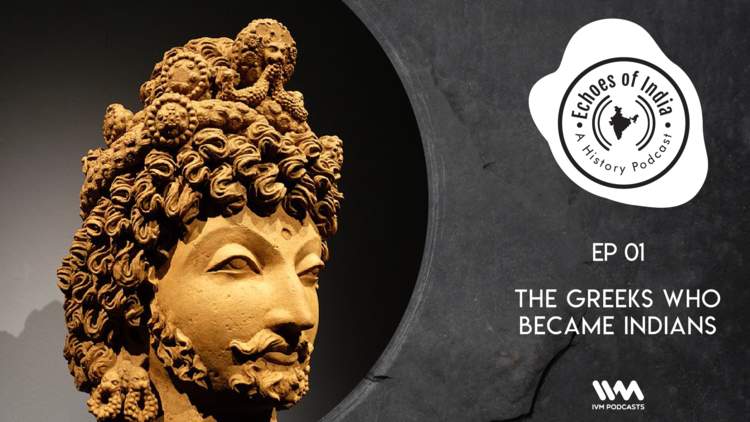 So, what started it all? Anirudh says that it was born out of a joke. "Back in college, I was referred to as an 'enthu cutlet'. I used to speak about history so much that people suggested that I'd make a podcast. There weren't any Indian history podcasts made by Indians at that time and I decided that I should be the one to start it," recalls Anirudh, who is an Instrumentation Engineering graduate from BITS Pilani, Goa. After working on Echoes of India, Anirudh also started another podcast - Yuddha - which deals with ancient warfare. In his podcasts, Anirudh talks about the ancient and medieval history of India and also a bit about the world. He also discusses about the south - Cholas, Vakatakas, Satavahanas and Chalukyas. "Our textbooks tend to focus mostly on the history of Northern India. While a lot of people know about the Guptas, Mauryas and Mughals, not much is known about the Deccan. It is very important to the history of the Indian subcontinent," says Anirudh. And that is what Anirudh plans to focus on in his third season.

The third season of Echoes of India, says Anirudh, has been delayed because of the release of his upcoming book with Juggernaut. But that doesn't mean you can't hear him elsewhere. Speaking about his other podcast, Anirudh says, "While Echoes of India deals with social history and tells stories of interesting people of the past, Yuddha is focused on India's military history. It gives listeners a factual, critical and interesting take on the subject." Not a lot is known about India's ancient military prowess and that is what Anirudh wants to achieve through his second podcast. "Whatever we know about warfare comes from mythological texts like Ramayana and Mahabharata. We don't read about the actual wars that took place and how those worked. How were elephants deployed on the battlefield? What were the innovations of the age? All these questions get answered in Yuddha," says Anirudh. 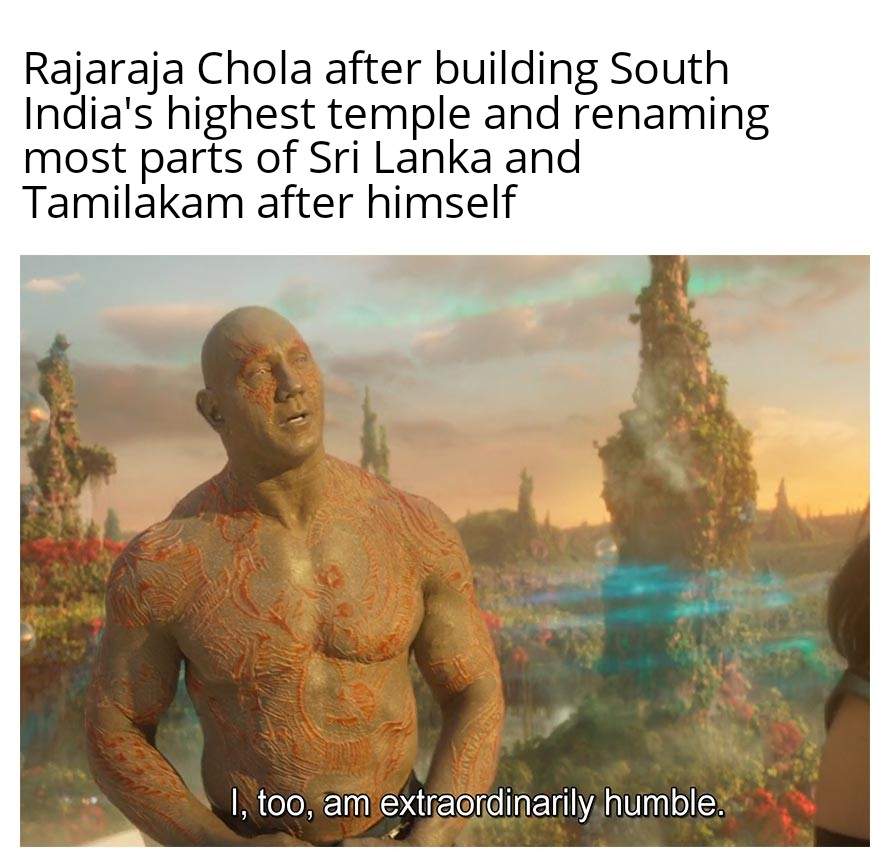 You have to laugh-out-loud at this | Picture credit: Anirudh Kanisetti

But this same guy who teaches you history can also make you laugh. As mentioned, his meme page (@cholabhaturaempire) has laugh-out-loud but very informative memes, which Anirudh created during the lockdown. "I have been looking up memes on Reddit for a long time. After a few friends suggested it, I decided to make a page and post some of the memes I had made. The lockdown gave me enough time, which I didn't have earlier, to work on it," explains Anirudh. "I tend to add some information as the caption and that makes it more interesting for the youth to understand. They relate more to memes and they realise that Indian history can also be cool," he adds. "If we can joke about our grandparents, why can't we do the same about our ancestors? Those people didn't take themselves seriously as is demonstrated in countless plays and accounts written about them. Then why should we?" asks Anirudh. 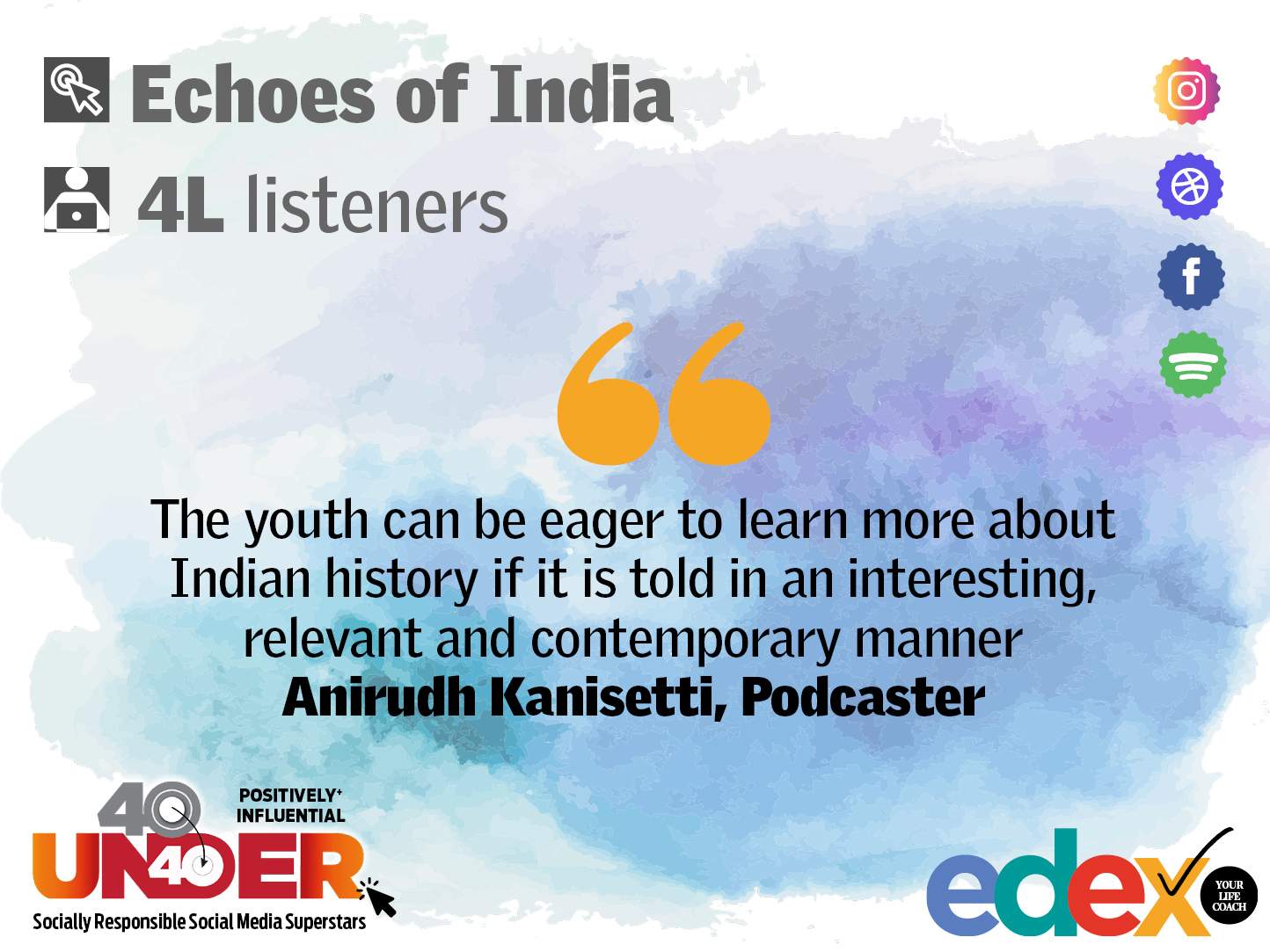 And the response has been overwhelming. "I still receive messages, emails from listeners about Echoes of India even though I haven't been posting new episodes for over a year. So many people have told me that they haven't heard anything like Yuddha before. My friends, who were voice actors in Echoes of India, had rediscovered their love for history," says Anirudh, adding, "This just goes on to show that there's a demand for such content and people are interested to know about their histories."