Meet Mumbaikar Pradeep Tripathi, who wants to plant 10 crore trees in India by 2025

Research has found that Mumbai has lost about 60 per cent of its vegetation cover. Pradeep Tripathi, founder of Green Yatra explains to us how he set out to give the city its first man-made forest

Did you know that deforestation adds more atmospheric carbon-dioxide than the sum total of emissions by cars and trucks on the world's roads? With the advent of rapid concretisation across our cities, forests are being depleted at an alarming rate — so much so that its effects can be felt prominently in our everyday lives.

Pradeep Tripathi, a businessman and an environmental consultant from Mumbai, founded the non-profit organisation Green Yatra in 2009, which kickstarted a campaign in 2018 #10CroreTreesBy2025 — his plan is to plant 10 crore trees in India by 2025. "I never thought I would do something like this in my life, I grew up in a small village surrounded by hills, my entire childhood was there in the lap of nature and then I moved to megacities like Indore, Delhi and then finally settled down in Mumbai. It was like an environmental shock for me. I always treated nature as the most beautiful creation of God. So it became a habit to nurture it wherever I go," says the 38-year-old. 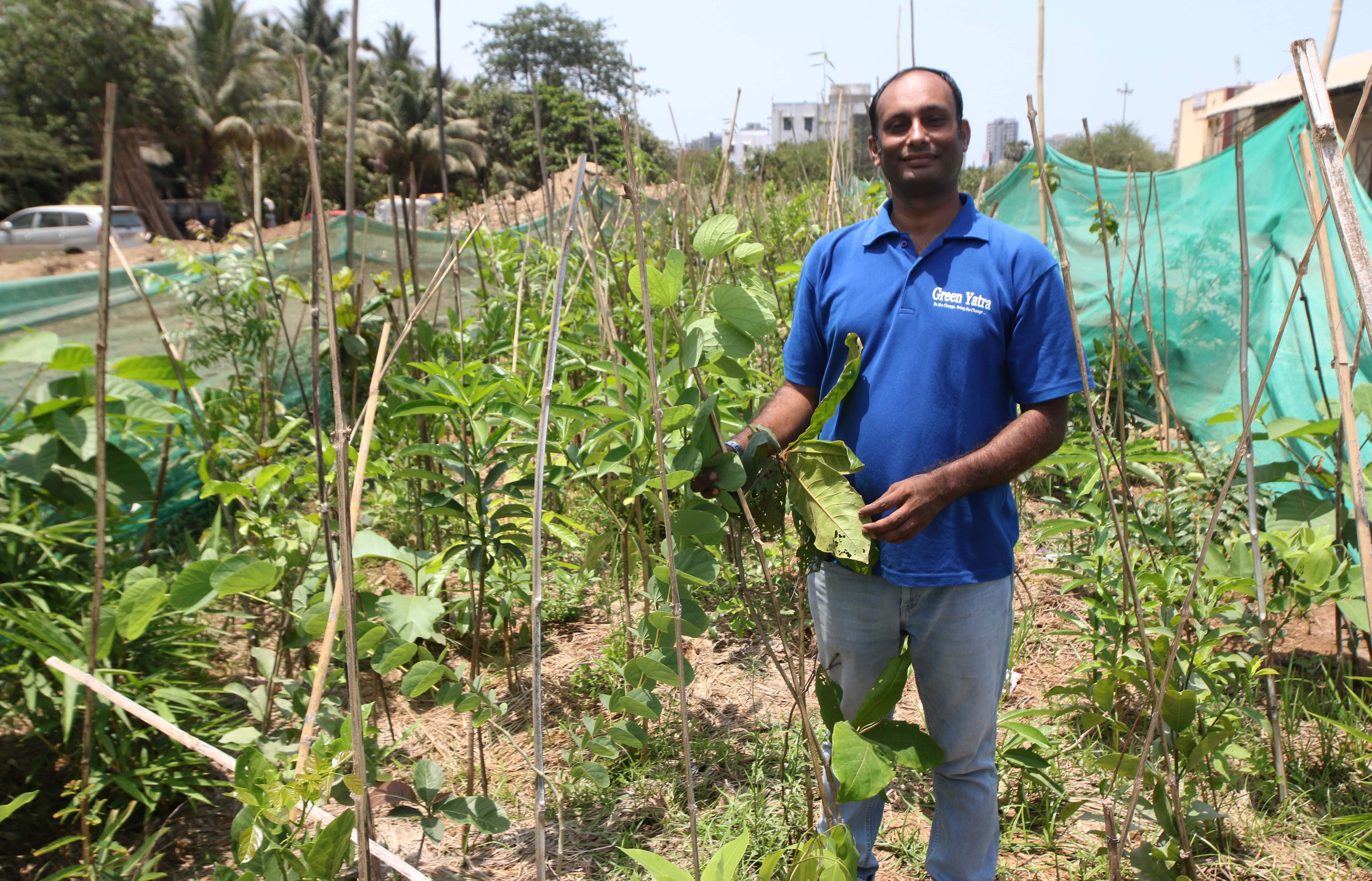 Green, green, evergreen: Pradeep with his Green Yatra team harbours a great ambition of planting about 10 crore trees in India by 2025

When Pradeep first came to Mumbai to pursue higher education, he noticed that the plant to human ratio was an abysmal 1:5. Rapid urbanisation had gotten to the city and thus pollution became persistent. That's when he decided to do something about it and Green Yatra was born along with the help of his friend, Durgesh Gupta.

Pradeep and his team have already planted 100,000 trees and now are determined to plant 1,000,000 trees across India this year. "Before Green Yatra became a full-fledged NGO, we conducted an initiative called the Go Green Ganesha that turned out to be a huge success. It is our fight against harmful Plaster of Paris (PoP) Ganesha idols. Our goal was to save marine lives and the environment by adopting eco-friendly idols as an alternative to the harmful Plaster of Paris (PoP) idols, which are widely used during festivals like Ganesh Chaturthi. We had organised awareness campaigns and other solution-oriented activities in offices, schools, colleges, malls and housing societies," says Pradeep.

However, creating eco-friendly Ganesh idols was a seasonal event as it is only relevant during festivals like Ganesh Chaturthi, so Pradeep and his team decided to begin something on a larger scale. They started the initiative called Go Green Kids. It focuses on sensitising and educating school children toward environmental protection and improvement. "We believe that the younger generation holds the key to our future and has the potential to become changemakers. Thus we have taken up a reverse methodology to save the environment, where children will teach and inspire their parents, teachers, elders and their friends by adopting a green 3R — Reduce, Reuse, Recycle —  lifestyle," adds Pradeep. 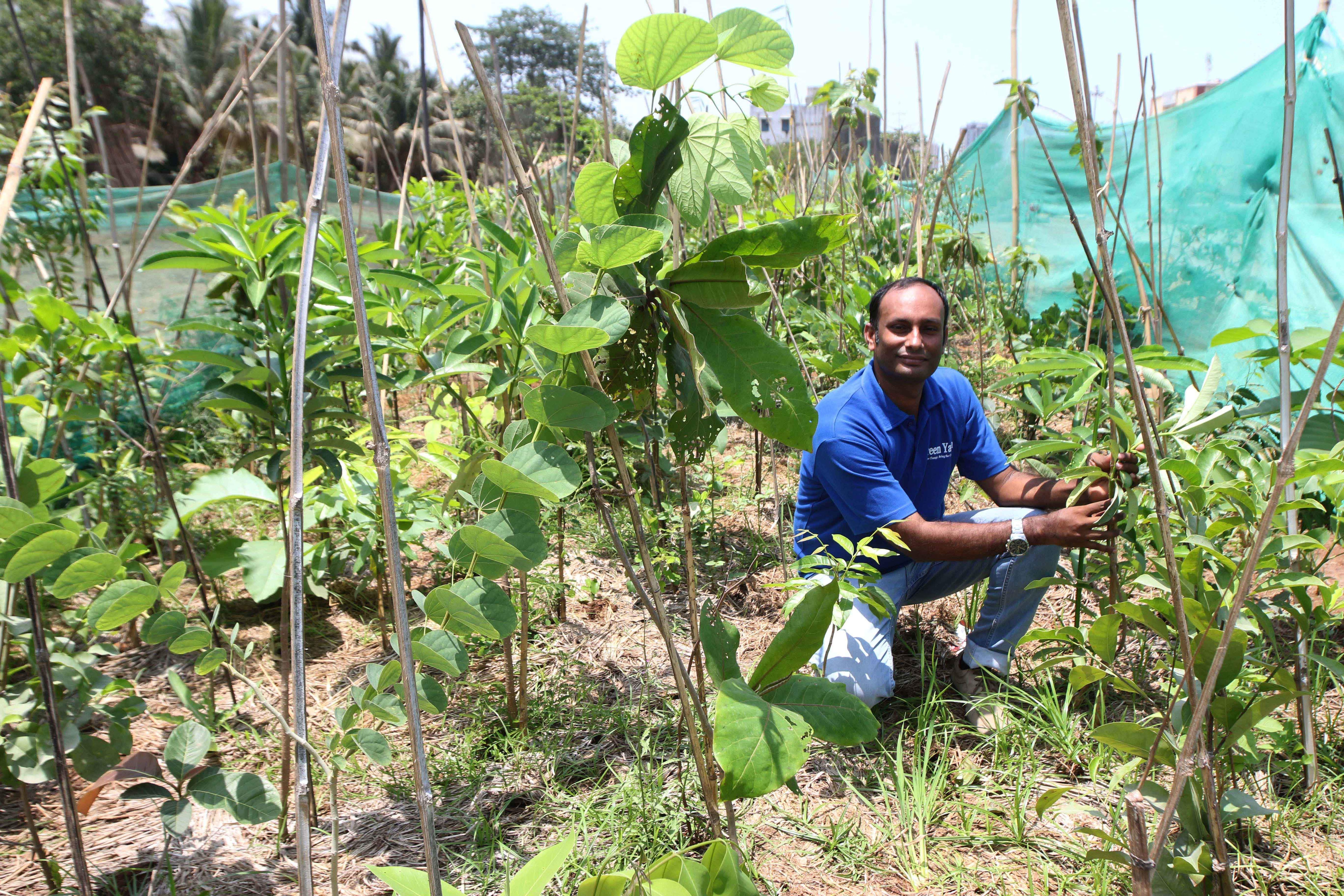 Stop using single-use plastics. They are the most common types of plastic pollution in oceans and when combined with plastic bags and food containers, they make up the majority of oceanic debris

Where's the space at?

Pradeep says that they, however, faced limitations of space to plant trees in cities like Mumbai. Thus, they adopted an innovative plantation method called the Miyawaki Plantation method to create the city's first urban dense forest — now located at Central Railside Warehouse Company in Jogeshwari East. "Forests grown under the Miyawaki method grow 10 times faster, they are 100 times more biodiverse, 30 times better for noise and dust reduction and have 30 times more green surface area and is 100 per cent organic, up to 30 times better carbon-dioxide absorption as compared to a monoculture plantation," explains Pradeep.

Further explaining the concept, Pradeep says that the method allows more saplings to support each other and grow fast. This also blocks sunlight from reaching the ground which prevents weeds from growing and also keep the soil moist. Also, the only direction from which sunlight is available is from the top, so saplings move upwards to get sunlight instead of growing sideways. "Miyawaki is one of the best methods to plant trees, it is native, natural and organic. In megacities that are facing space issues, this method is the most useful. On a single acre of land, 12,000 trees can grow and the plants can grow up to 20 feet in just two years," adds Pradeep.

More in the green tank

Pradeep and his team have been working for a green present and future through their various projects like Pedh Lagao, Project Jal, Sustainable Village, Zaroorat, Bag for Cause and many more. They have already taken their initiatives to other megacities like Bengaluru, Delhi, Pune, Ahmedabad and now they are looking to expand in Chennai as well. Pradeep concludes that, for them, their biggest award in these 10 years is the lives that they are touching through their projects. "We are content with the fact alone that we are contributing our best towards a sustainable future," he concludes.