Meet Arun Prasad, the man who owns 18,000 comics and is trying to trace their history in India

Arun Prasad has been collecting Indian and Western comics since 1998. We speak to him about his mission to trace their history in India and how he fell in love with the medium of art

Today, I learnt the meaning of the word ‘pannapictagraphist’ and also got the chance to speak to one. By definition, the word means someone who collects comic books and if one were to use it in a sentence, they’d say, ‘Arun Prasad is one of India’s most interesting pannapictagraphists’. Arun has worn the hats of a journalist, history researcher, artist and freelance writer. His collection of around 18,000 comics would be the average nerd’s treasure trove with a wide range of Indian and Western published copies — some of which haven’t even been printed in the last few decades. Currently, he is working on a research project tracing the history and evolution of comics in India.

“In my younger days, I had a strong attachment with my grandmother,” he begins, “She was a voracious storyteller. Be it the puranas, mythological or inspirational, the kind of stories she narrated came alive and I was completely enraptured. Her passing left me empty with no more stories to keep me company. Perhaps that was the reason I eventually turned to the stories in comic books.” 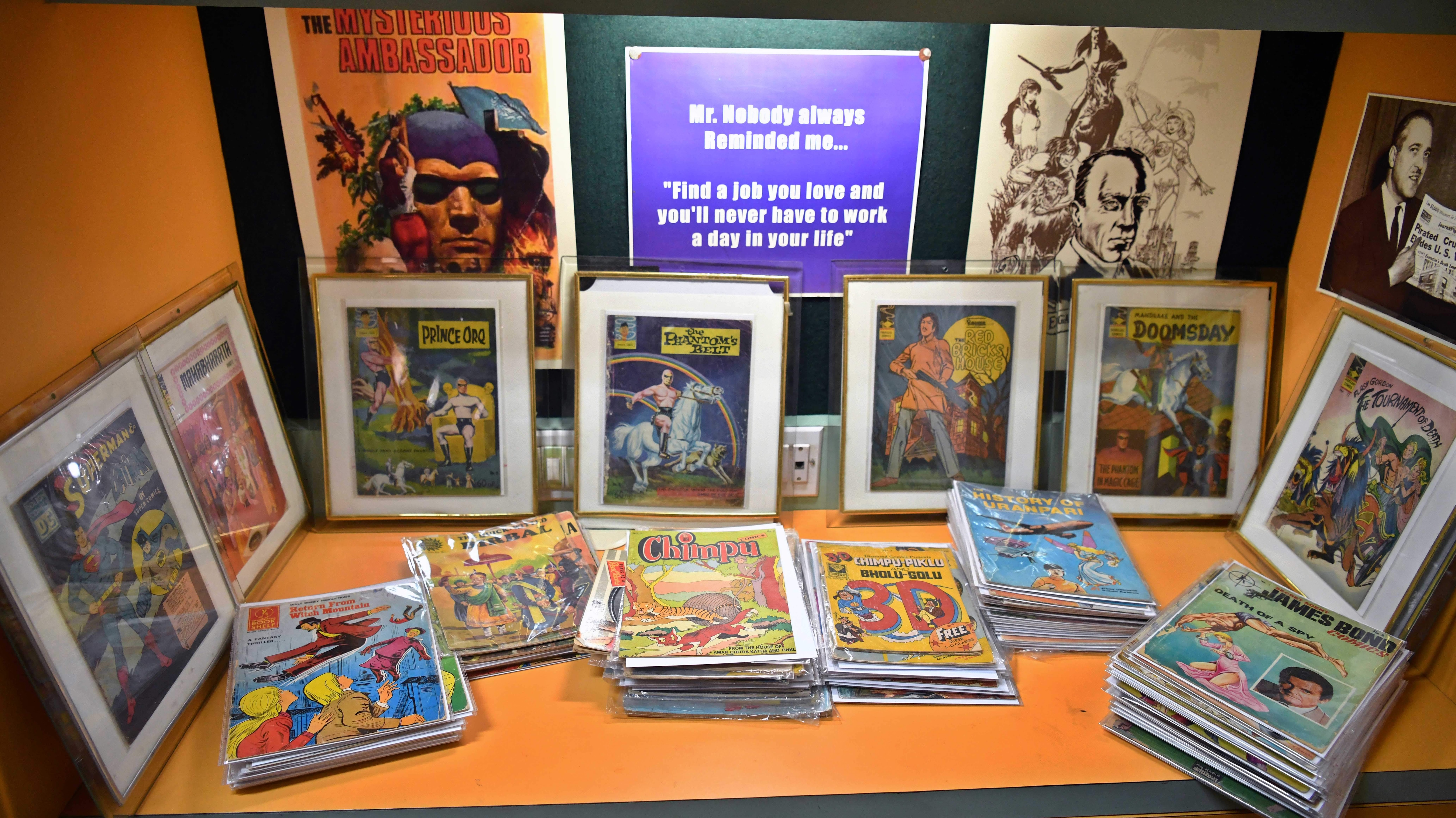 COMIC SANS: Arun has been collecting comics since 1998

Although he religiously kept away from textbooks in school, thanks to an aversion to lengthy sentences, comics changed the game for Arun, who is now 46. When narratives came with illustrations and bubbles, reading suddenly looked simple and interesting. As a child, he would read Malayalam comics like Balamangalam, Poompatta, Balarama, Bobanum Moliyum and English ones like Tinkle, Amar Chitra Katha and Indrajal Comics. Of all of them, Phantom, who he describes as the superhero without any super powers, continues to be his all-time favourite.

Collecting comics was more of a personal quest for Arun. He says, “I too lost my entire childhood collection when our family shifted from Kerala to Bangalore. Ever since, I began desperately looking for comics that I lost. At a point when I’d almost given up, a friend of mine gifted me a couple of Phantom comics. All this happened in the year 1998. Since then, I‘ve left no stone unturned in search of an out-of-print comic book. For me, it means owning a piece of history.” 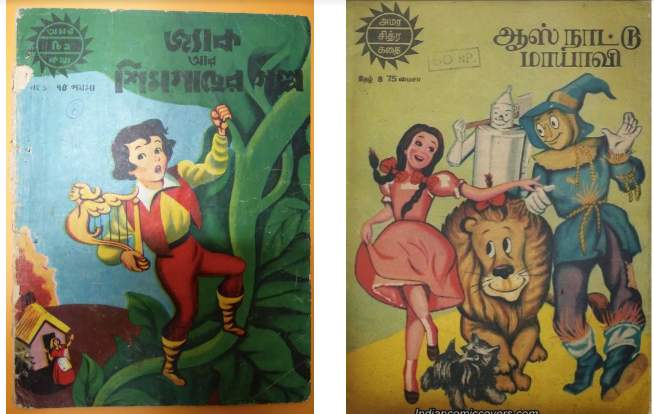 SPECIAL EDITION: He has a large collection of regional comics

Arun tells me that protecting comics is as important as collecting them. And it can be quite a daunting task. The books need to be kept away from dust and moisture as exposure to it could lead to easy damage. To ensure this, he has converted the ground floor of his residence into a comic warehouse where his most important comics are placed, along with imported acid-free boards, packed in polypropylene bags. He also got white cartons made specifically to store them and place them vertically to avoid their spines from breaking.

“Today when I look at the collection, I don’t see comics just as a medium for narratives but as a historic material, a cultural artefact and as a social document,” he says, “They are a material of art and literature that talk about daily life, question political perceptions, report wars and even talk about philosophy. Biographers have drawn the lives of great personalities through them because they are a recorded testimony of a way of life that existed.”

And the comics are sourced from the junk of raddiwalas to collectors who are willing to trade their spares. He frequents second-hand book shops and Sunday street markets in search of rare editions, even exclaiming that ‘the comics find him’. He receives a number of parcels on a daily basis from friends who have found something special. Comic collection is a continuous process and Arun admits that it has gotten harder in recent years as the hobby has grown increasingly common. SAFE SIDE: The comics are preserved in the ground floor of Arun's house

As Arun’s passion grew over the years, the content of comic books also evolved and moved into the adult section. The era of superhero-oriented comics have already flown by with simplistic storylines and artwork aimed at children being replaced with a variety of genres and complicated arcs. As comic creators begin to experiment with diverse content, it reflects the change in cultural upheavals in the subcontinent opening the door to new topics on women, LGBT issues, sex, the caste system, politics and religion. Today, they are a form of modern literature with Pulitzers to their name.

When Arun began collecting them, they were still considered as ‘kid stuff”. He says, “In my initial years of collecting, many have discouraged me, they even advised me to come out of it as they felt it is a mere waste of time. I decided to keep my hobby private and never discussed it with people. Today, my wife is my greatest support. She helps me find and buy comics online. She also travels with me to the events and shows where I display and give talks on them. My son Dhruv proudly tells his friends that his father collects comics and has an archive.”

Always awe-inspired by the creative process behind the making of a comic book. Arun has been scribbling a few ideas of his own. But his hopes are set on completing his ongoing research project tracing the history and evolution of comics in India. It won’t be long before India has a mind-blowing archive of her graphic novel history. It’s sure to be loud, colourful and full of surprises if this pannapictagraphist has anything to do with it.