Kevin Jacob Senoj has come up with a portable voice amplifier that can be easily attached to any kind of masks in order to amplify one's voice. We find out more

There are photos, videos and stories about how frontline workers wearing PPE suits, masks, face shields have found it extremely difficult to communicate effectively through layers of protection. This 19-year-old from Kerala's Thrissur has listened to their woes and developed a unique device to help them communicate with their patients better. Kevin Jacob Senoj has come up with a portable, magnetic voice amplifier or mic that can be easily attached to any kind of mask in order to amplify one's voice and not block it.

Both of Kevin's parents are doctors and since the beginning of the pandemic they were struggling with communication with their patients. And this what led him to create something of this sort. "Doctors, frontline workers have to wear several layers of masks, face shields and PPE, which made it very difficult to actually speak to their patients clearly. That's how I came up with this idea. The reason I made it magnetic is that different people have various kinds of masks and they should be able to put it on any kind of mask and shouldn't have to buy one just to fit the mic in," says the 19-year-old. 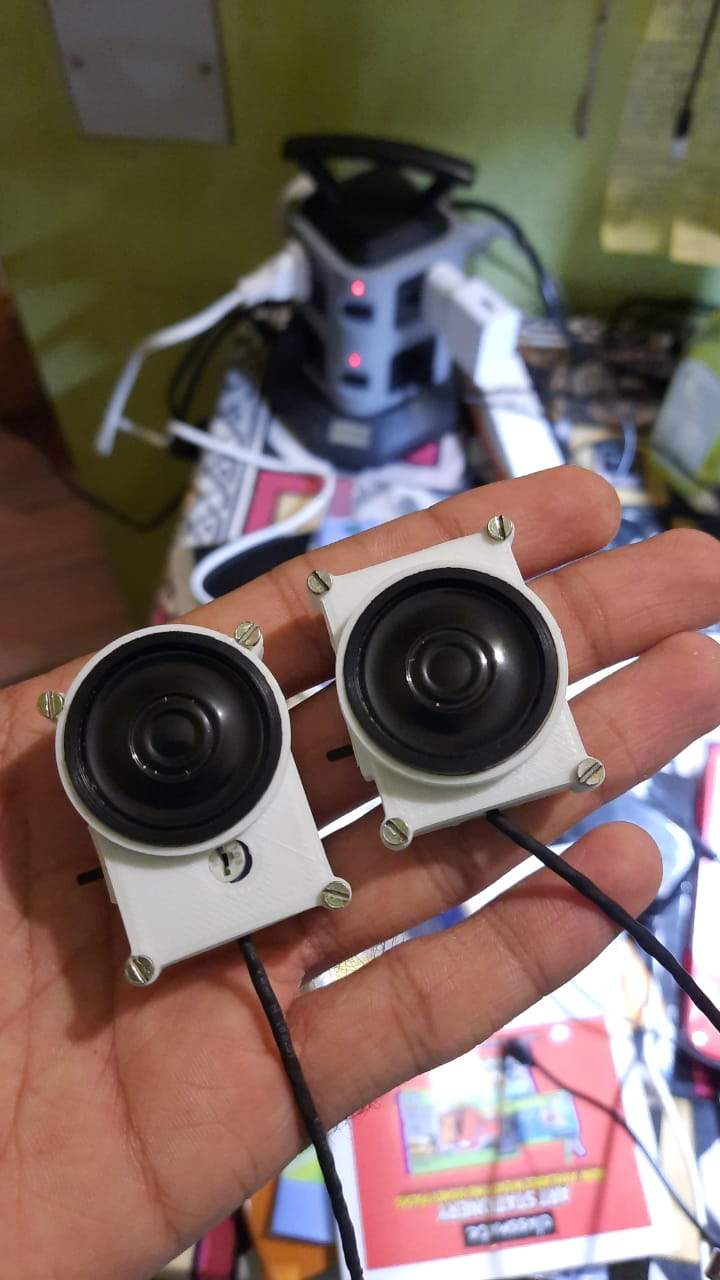 The first version of the amplifier was built back around October last year. Kevin's parents began using it a month after that. "It was initially just for my parents, but a few of their colleagues and other doctors saw it and asked for one so I decided to make a few more," he adds. Kevin has created around 50 pieces until now.

Explaining how it works, Kevin shares, "When you are placing it in your mask or face shield it will fit into it easily with the help of a magnet. You can also put it on your t-shirt or collar. However, it's better if the mic always sits close to the mouth and when it's in the mask, it actually makes your voice clear and amplifies it. There is a portable battery inside the device, which can last over four hours and full charge can be obtained within 30 minutes with the help of micro usb like the chargers for our phones." The device is a nifty 3.5 x 2.5cm in size and weighs just 25 grams.

A first-year student at the Government Engineering College in Thrissur, Kevin took references from different circuits and then created his own for this - though it was largely through trial and error that he made it work. Speaking about whether he wants to create more and help others, the 19-year-old says, "I do not have that kind of capital right now to scale up production. So if any company is willing to help me out, I can go ahead with creating more. For now, I am waiting for the patent to arrive."